I didn't really expect to see any birds today having been in Sidmouth for most of it with visiting relatives. I was back in time for a quick pre-work look along the estuary though, Ian M was already at Coronation Corner and was already looking at an Iceland Gull, which not long afterwards was joined by yet another! I took some snaps of both and I'm inclined to think they are both new birds for me at least. I think one was the individual seen by Phil and Gav on Sunday (the one I missed) and the other possibly the Saturday bird which was also probably the same one that was on Beer Beach before that. It's all getting very confusing! No matter what they were great!

Here are some pics of them, do you think I'm right? Anyone have an opinion? 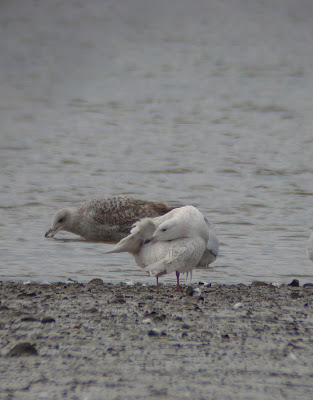 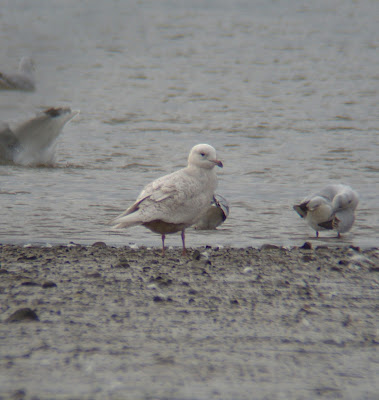 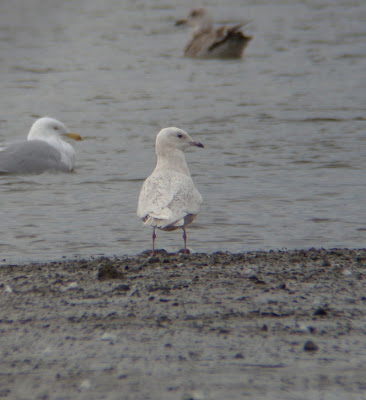 Could be the first of the Sunday Birds? 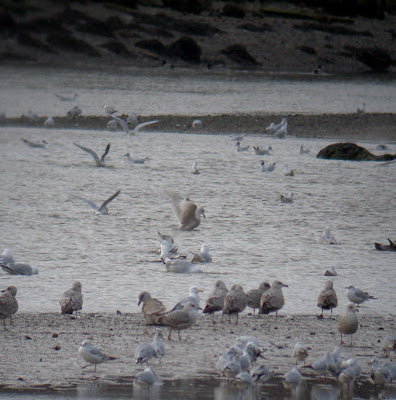 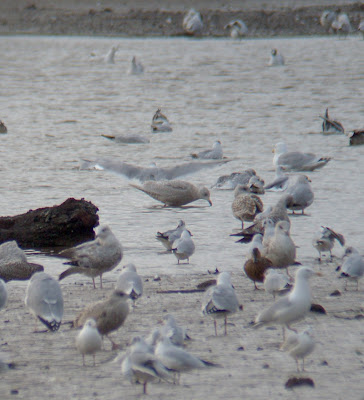 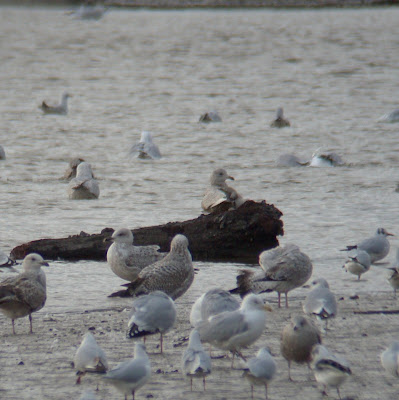 Unfortunately the second bird was always a bit distant to photograph at all clearly but it looked like the Saturday one.

Posted by Karen Woolley at 9:43 pm

Agreed: feather markings demonstrate that bird 1 = Sunday bird 1, and bird 2 = Saturday bird (whether it also = Beer beach bird, who can say?). Neither of them = Nick's bird...

Very nice - and this working stiff is envious! There'd better be a Glauc or better tomorrow though, or Steve'll pop! Eh, Steve? ;o)