I didn't have time to see the two Bewick's Swans that Steve found last Friday afternoon and then I was out of town for three days. My first opportunity to do so was on the morning of Christmas Day. It was a lovely sunny morning too, and they were reasonably near to the road. which made for a good photo opportunity. 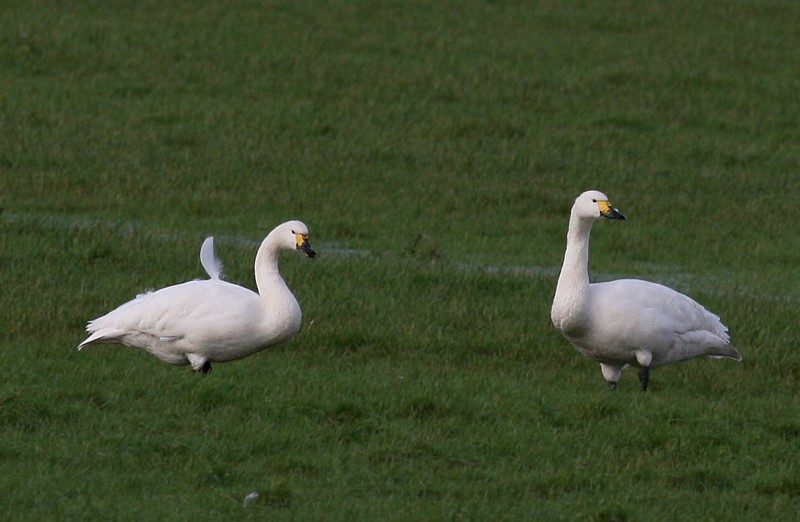 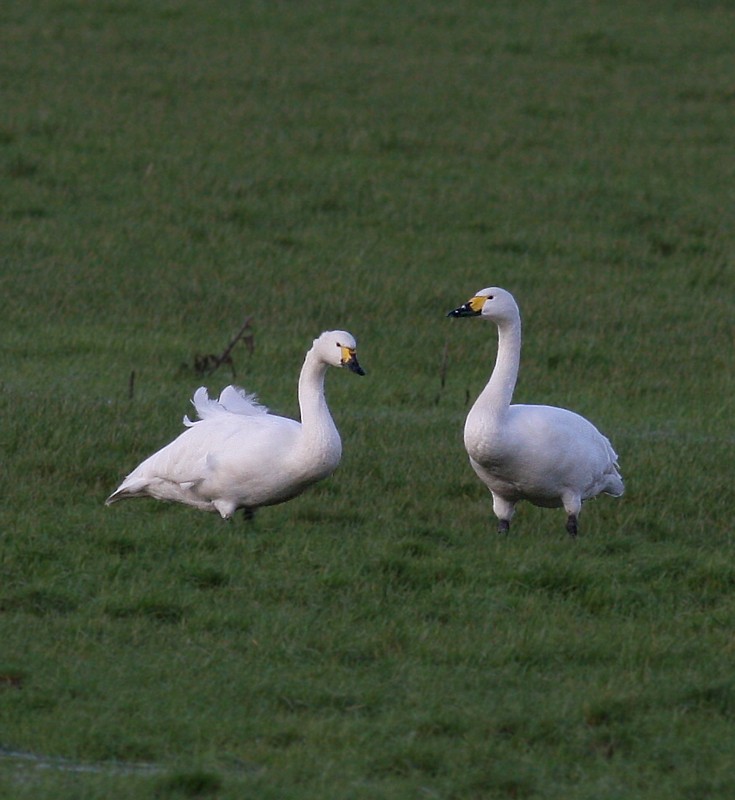 These two were taken with the 400mm lens and I'm surprised how good they came out considering the distance, which was definitely more in the digiscoping  range. 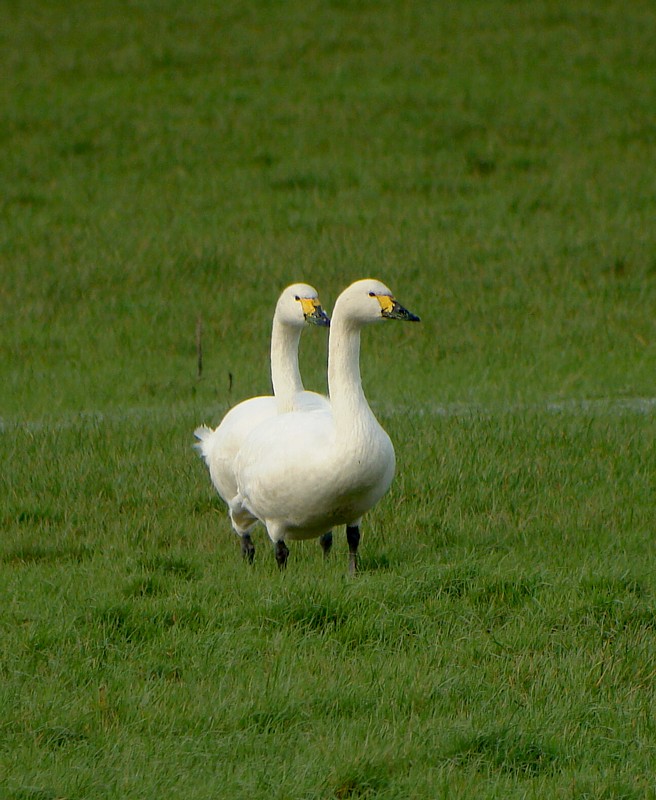 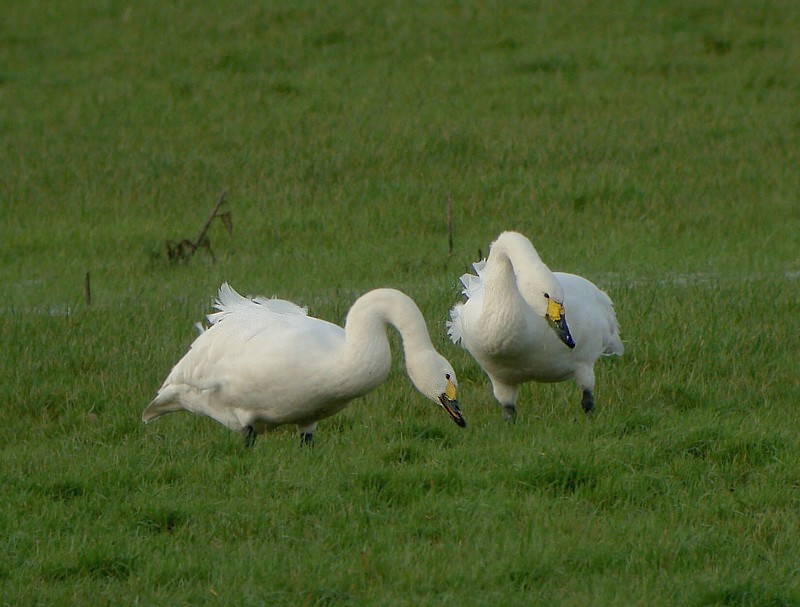 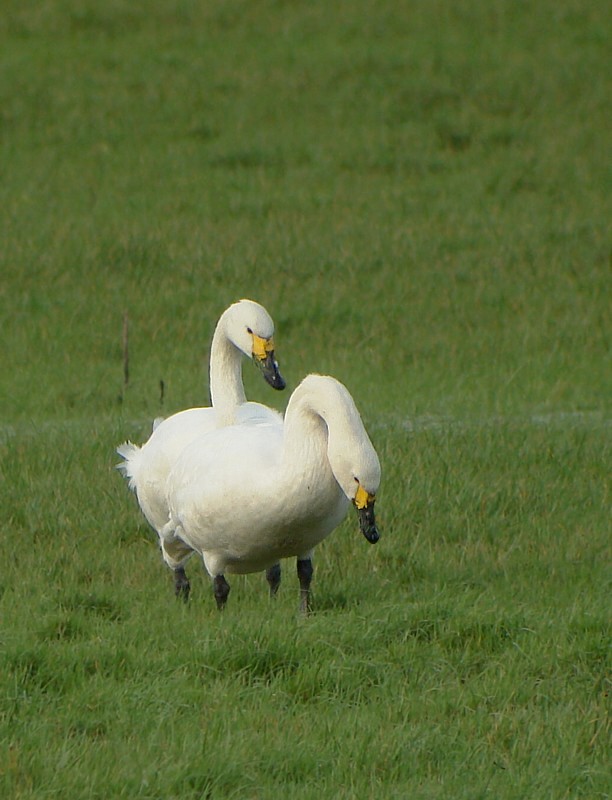 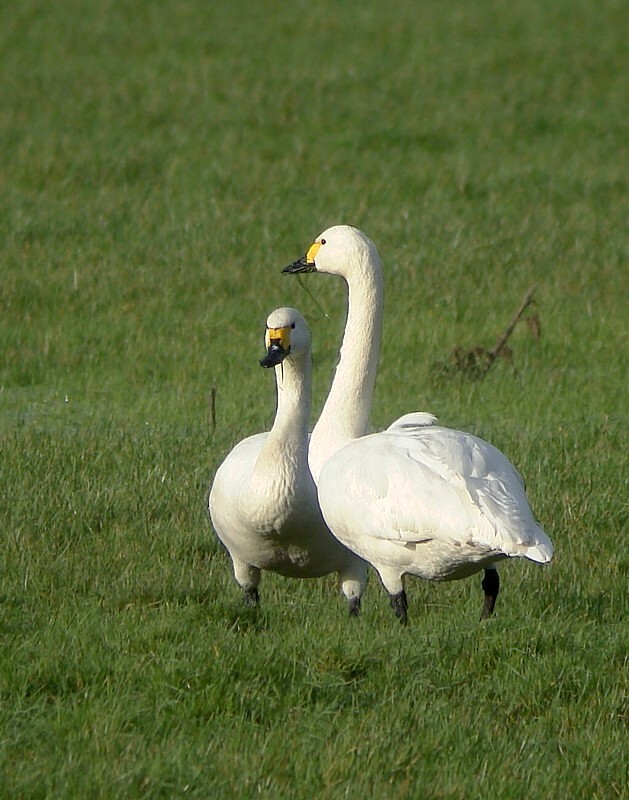 Lovely!
They really brighten the place up.

What would undoubtedly brighten the place up more than these would be a Waxwing or two. I've dipped a couple on patch so far this winter and haven't had much luck elsewhere either. There was a flock of forty in Burton upon Trent where I've been staying for a couple of days but I couldn't catch up with them and I dipped the small flock that were in Honiton after spending five hours looking for them! Just over a week ago however I did manged a brief encounter with the Exeter flock in Wonford. I went to see them with Dave who'd seen then several times and taken some superb photos, but they just weren't playing ball when I was there and in over four hours we only saw them for about two minutes. They didn't have time to come down from the treetops before they were attacked by a Sparrowhawk, they flew off and didn't return. I managed a couple of record shots of them. Hopefully there will be some more before the winter's over.. .Fingers crossed. 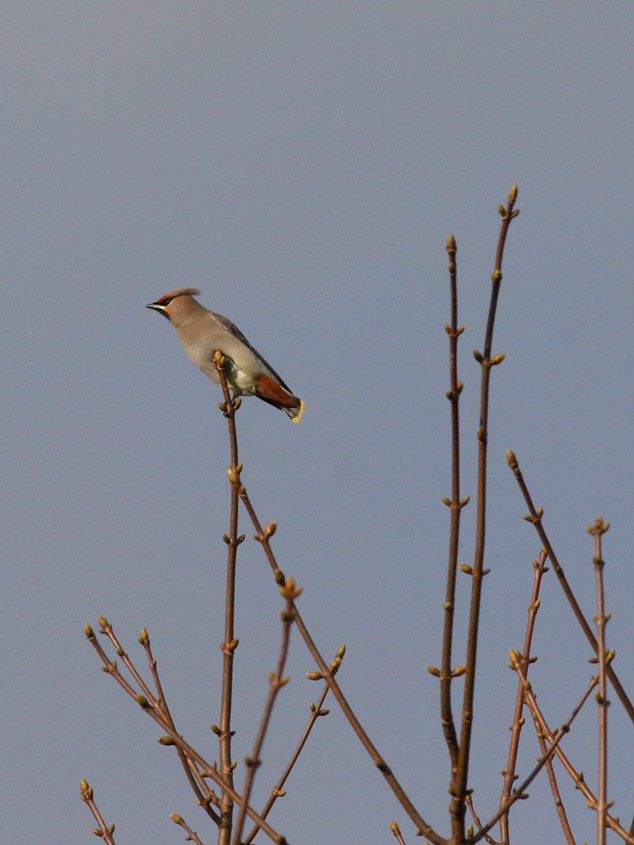 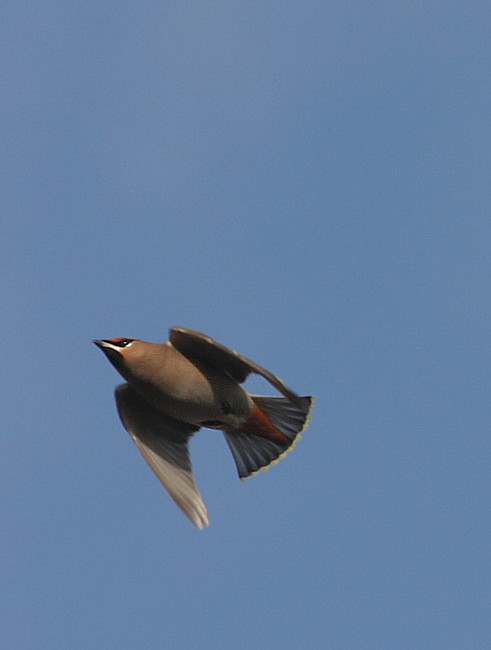 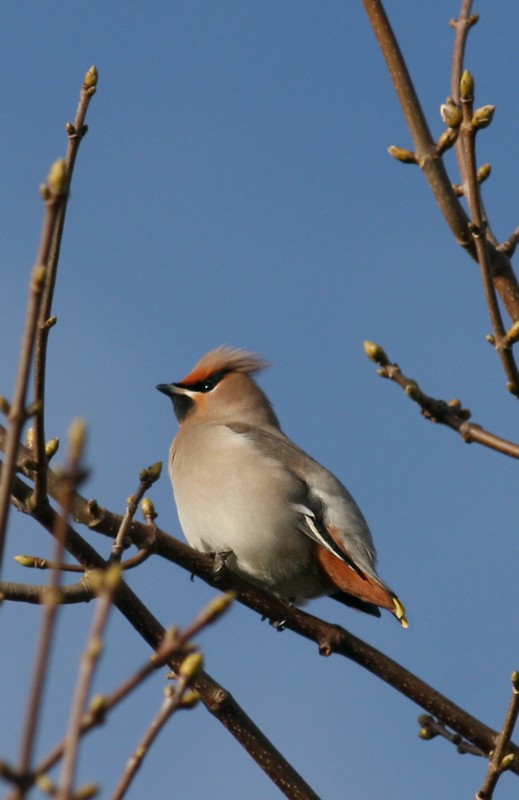 Posted by Karen Woolley at 9:44 am No comments: