We've been in Sidmouth for four weeks now and I've only been out birding three times, a couple of visits to the seafront three weeks ago and today I popped over to Alylesbeare Common for a couple of hours. It's always been one of my favourite spots and now I'm only a ten minute drive away I'll be visiting much more regularly.

I've seen Purple Sandpipers on the Seafront in the past but on my two trips there since living here I haven't spotted any, probably just can't see them through the hoards of Turnstones. They are everywhere! Petty tame too, you could trip over one if you weren't careful. Funny to think that last year when I was doing the patch yearlist I spent hours trying to get a shot of one on Black Hole Marsh. 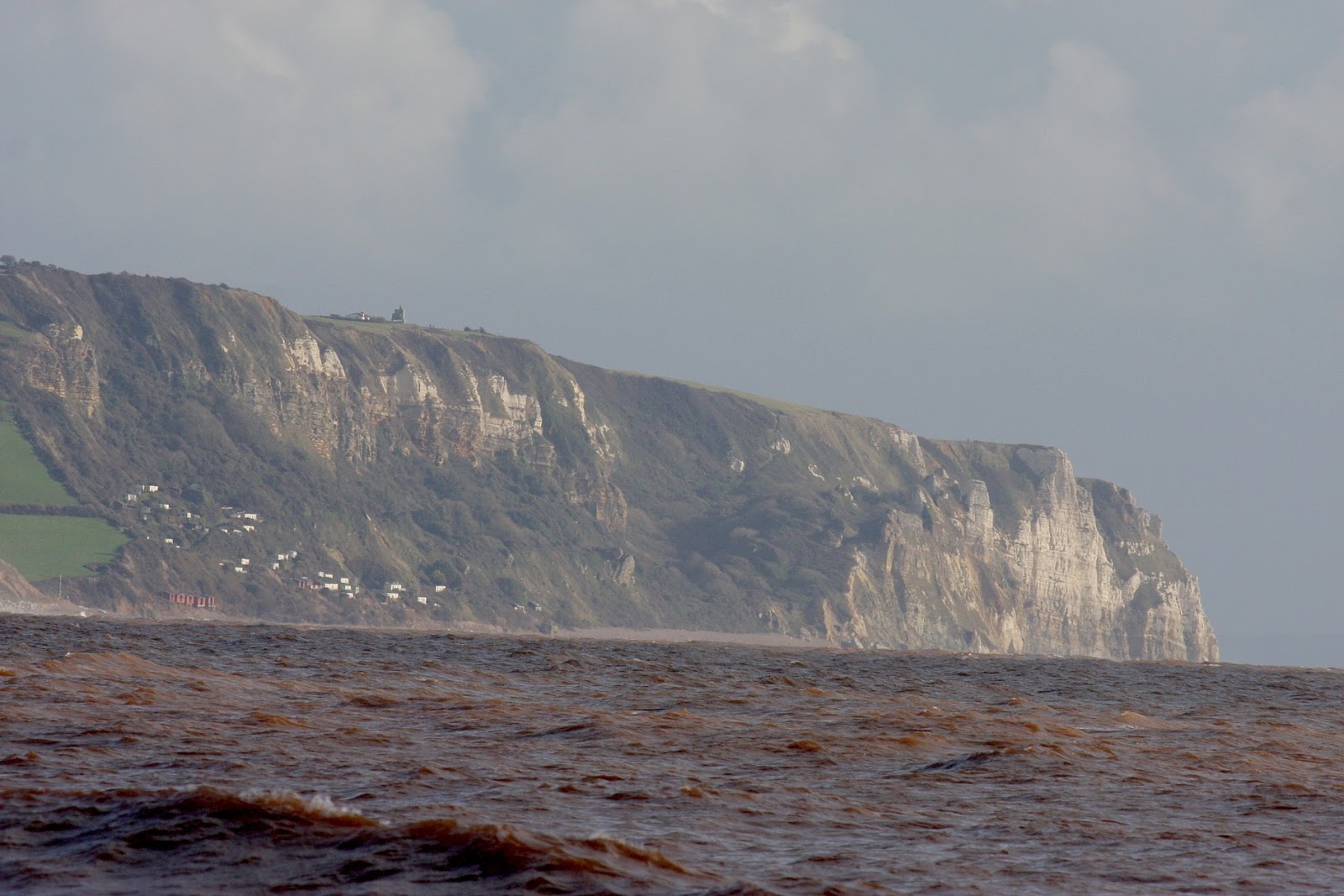 Beer Head and Under Hooken 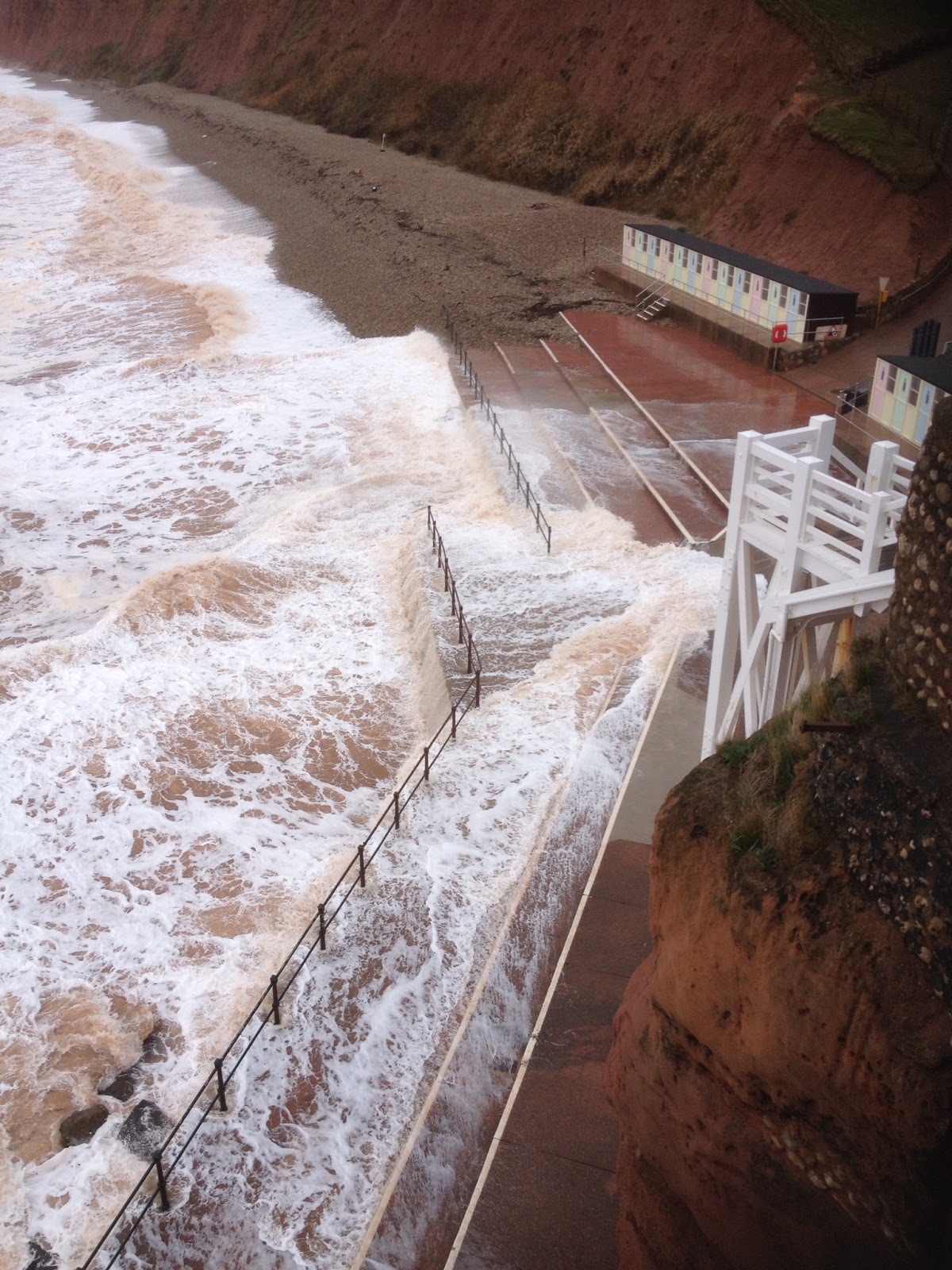 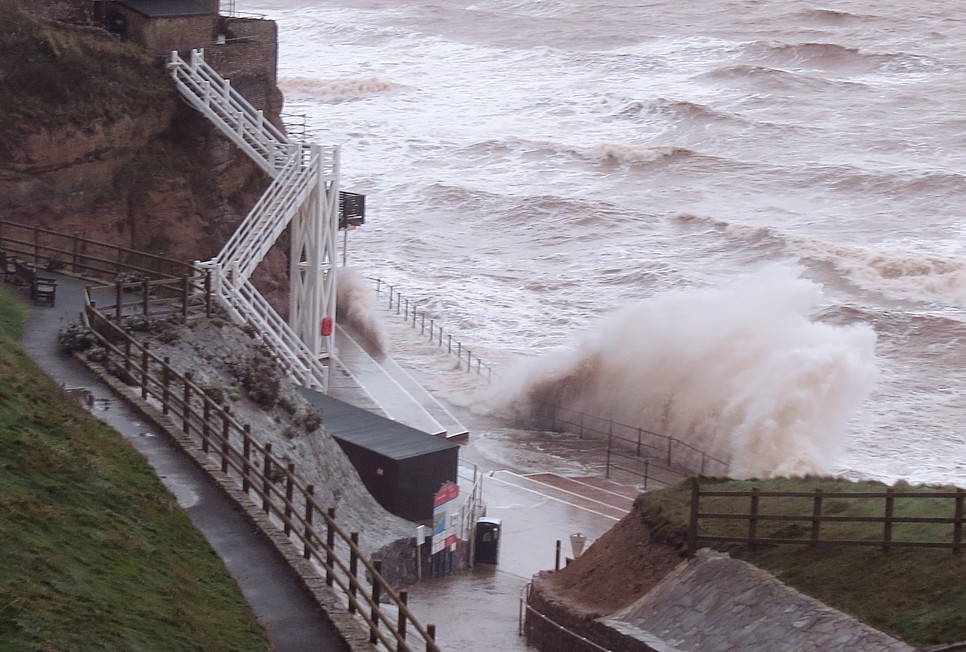 Jacob's Ladder.
This will probably be my new sea-watching spot. 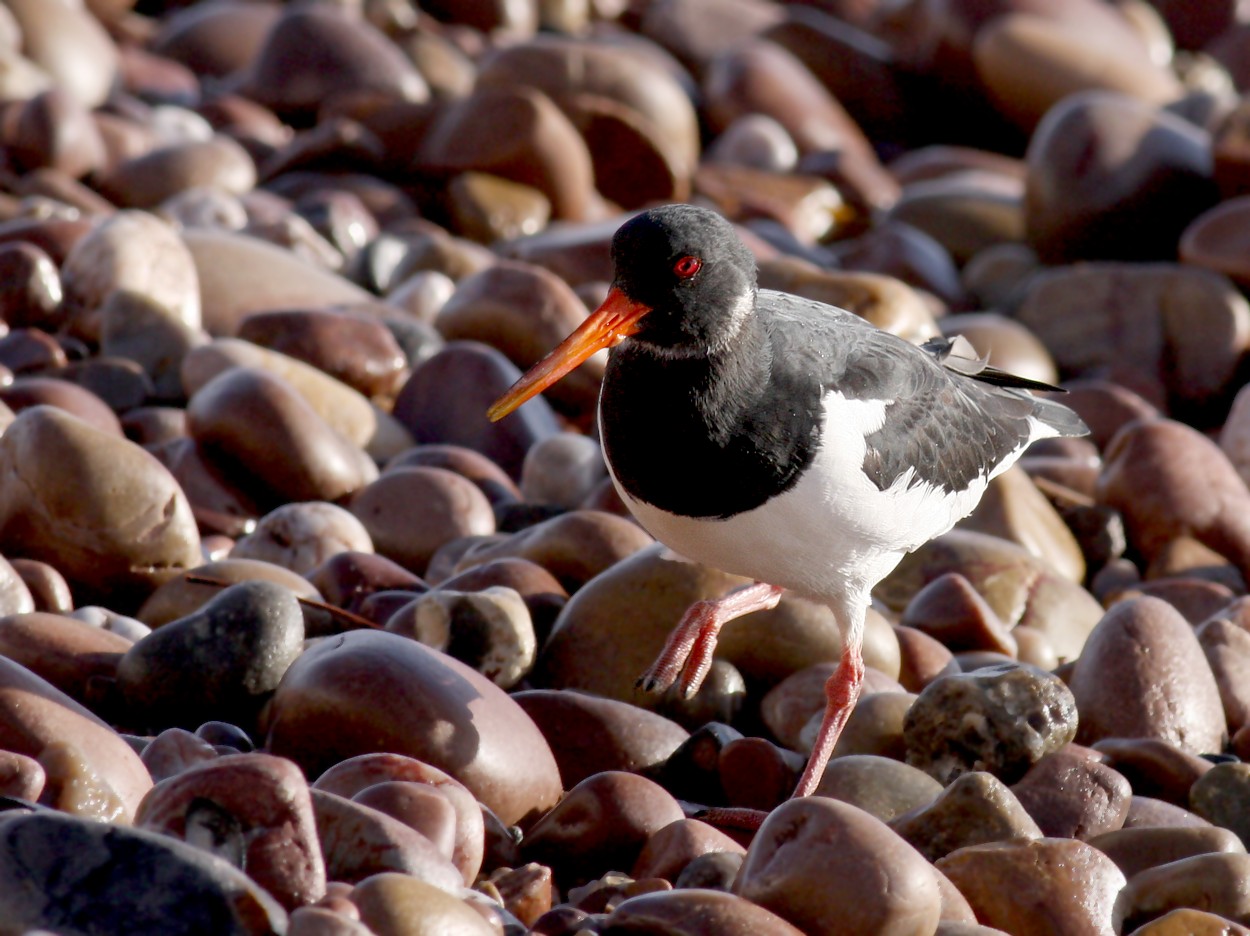 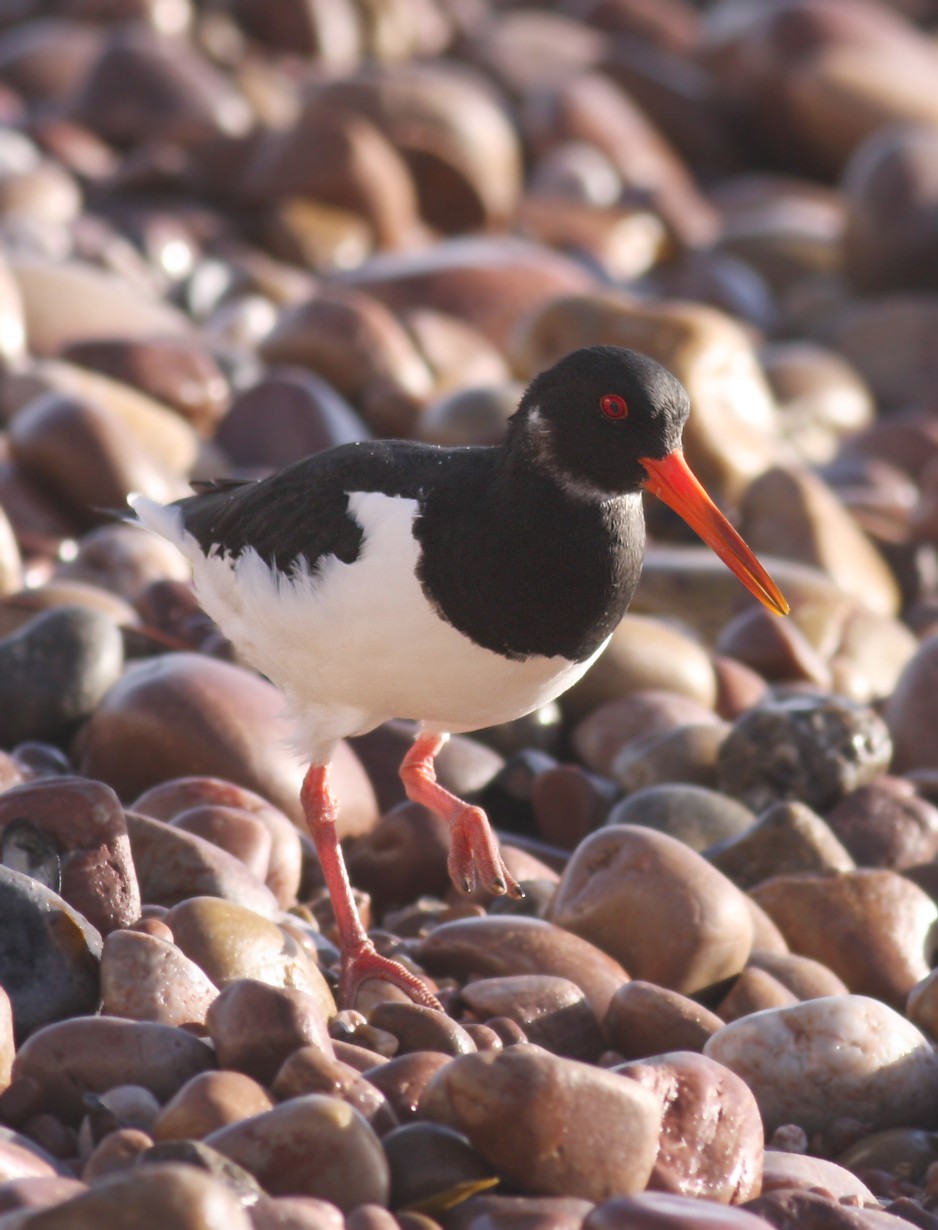 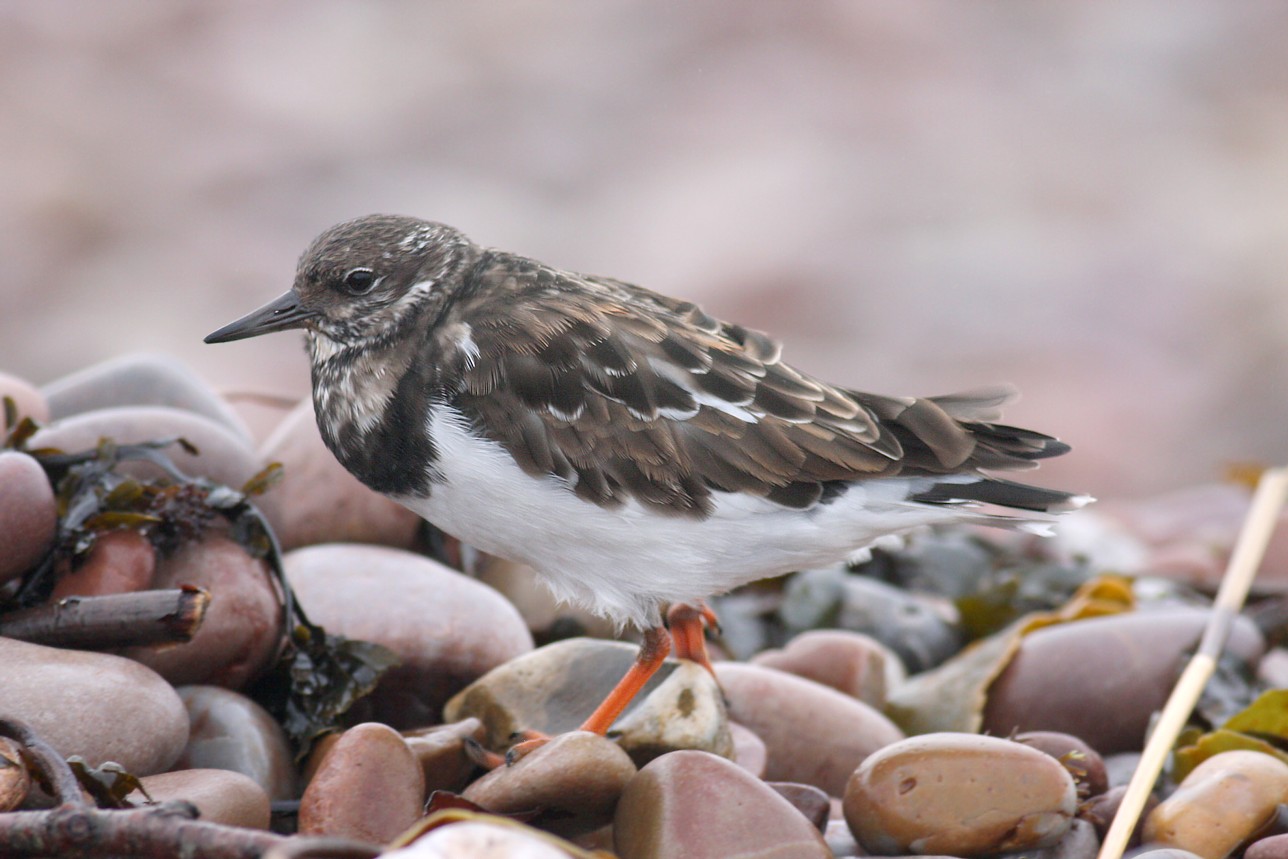 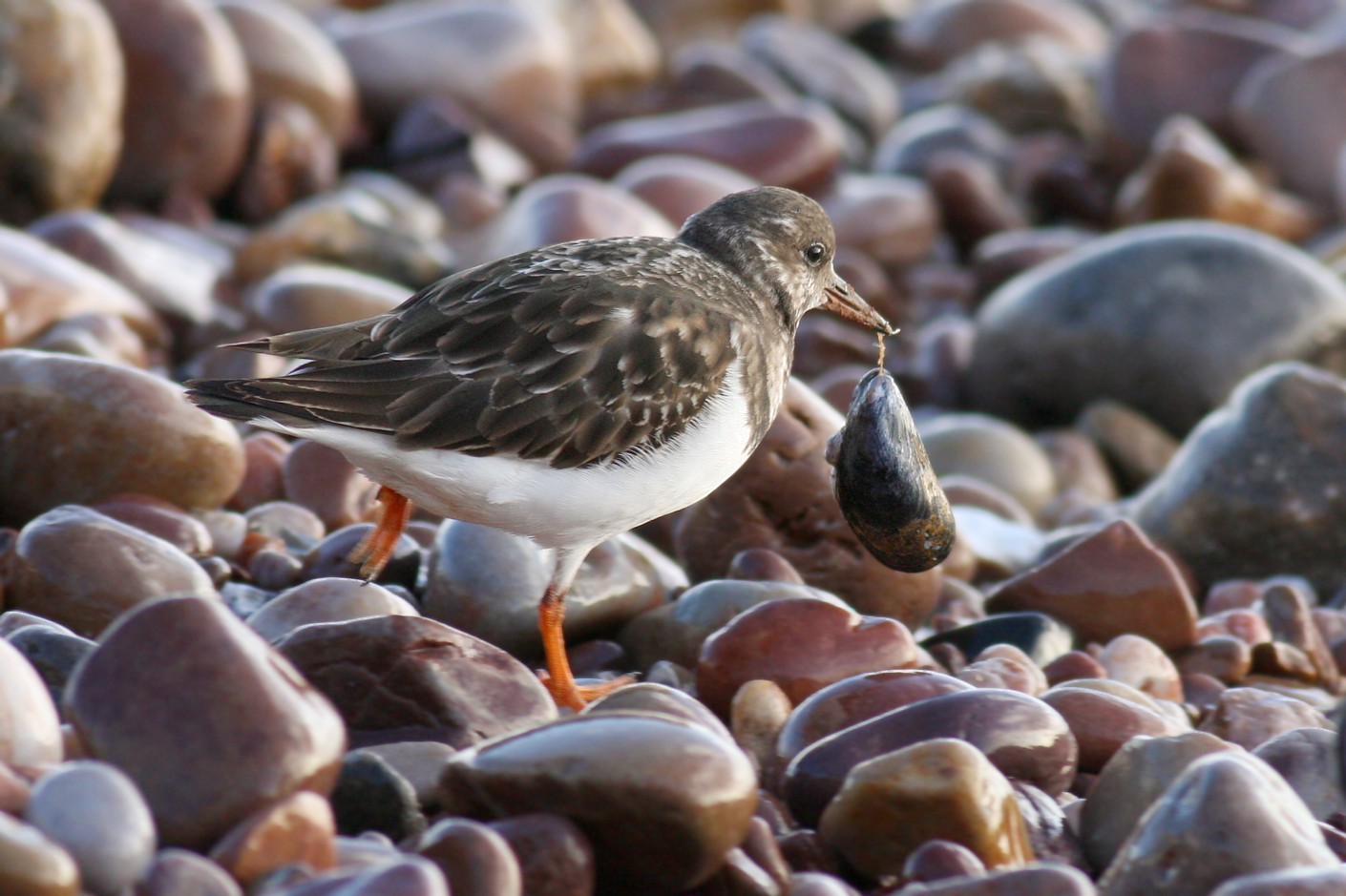 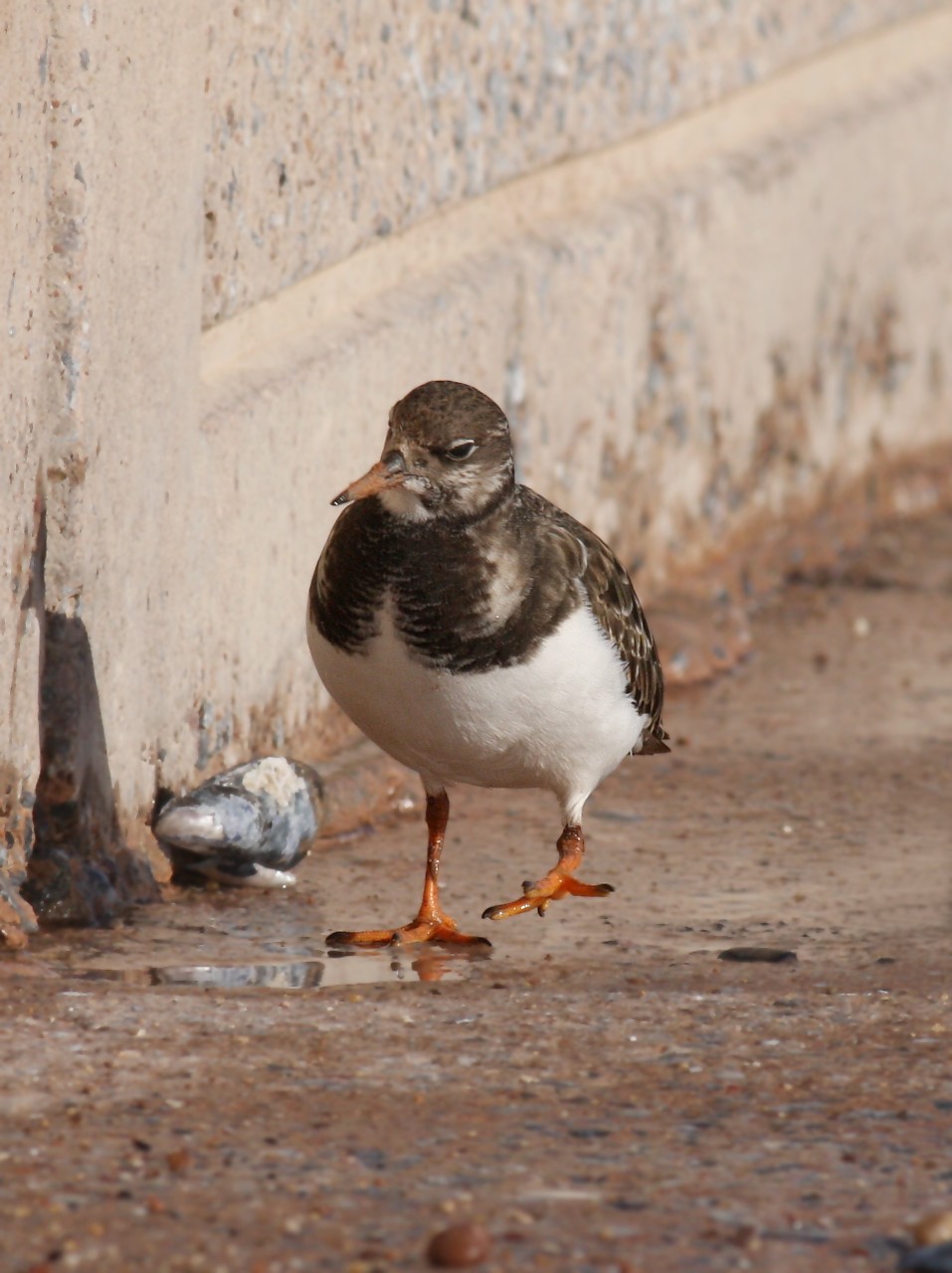 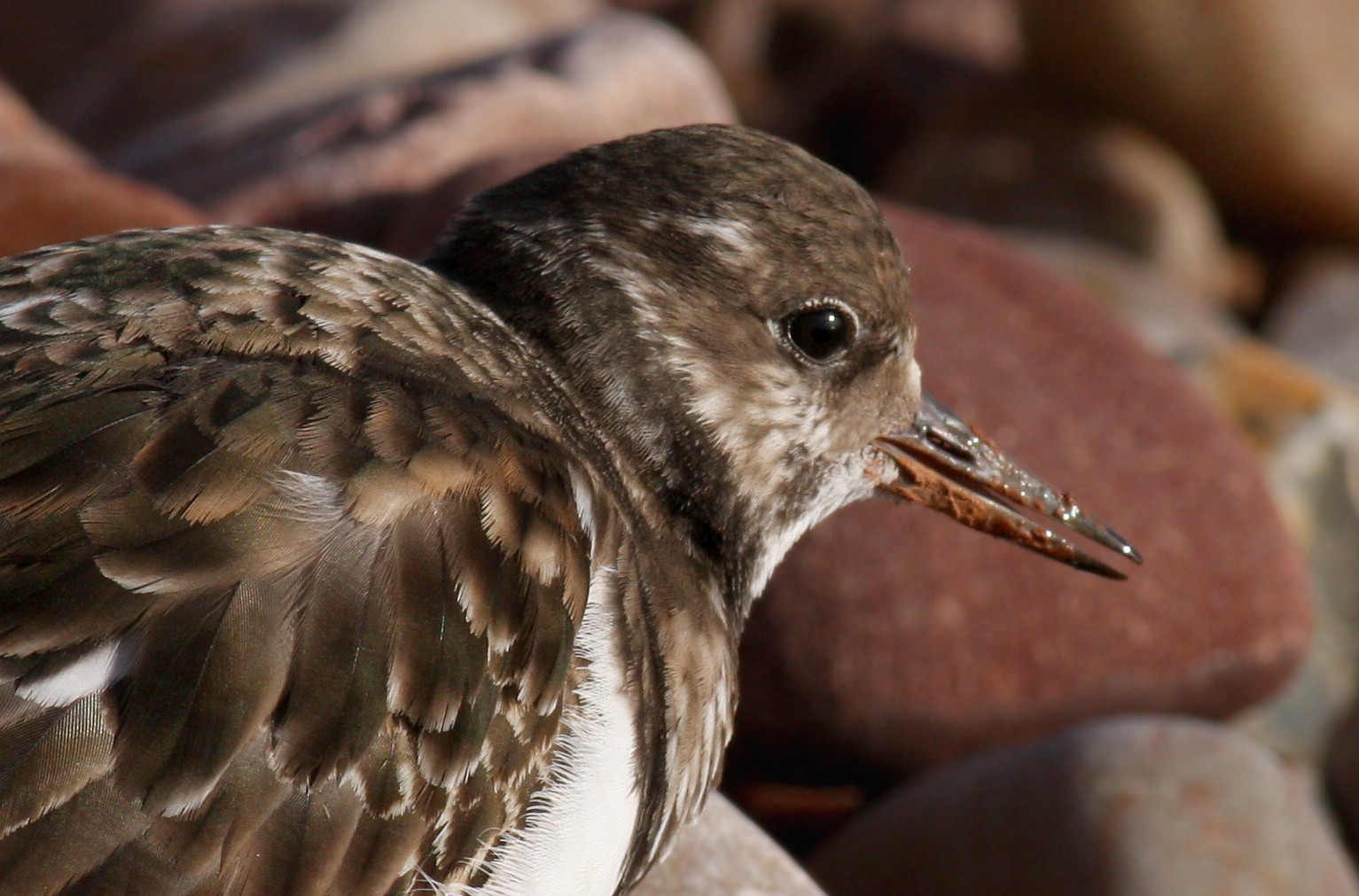 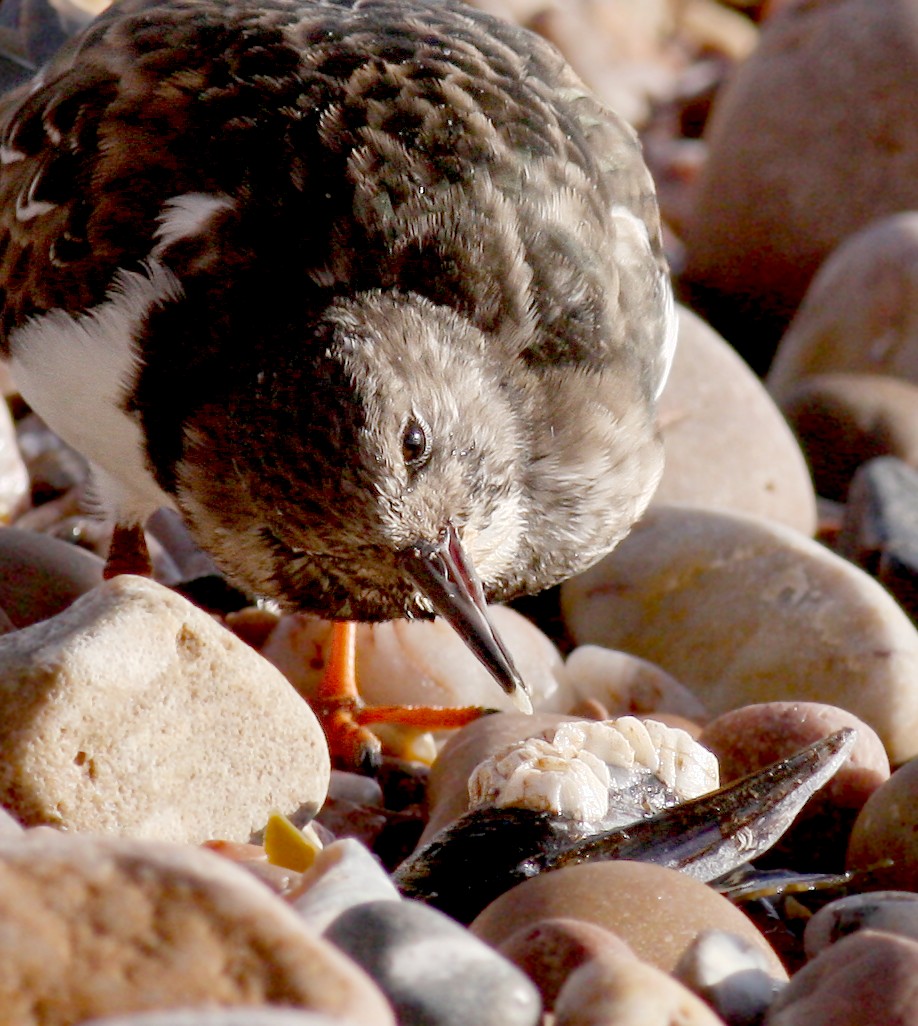 Aylesbeare Common was pretty quiet today but unusually warm for the last day of November, so much so that I even saw a Red Admiral on the wing. As I wandered around I managed to bump into three different Dartford Warblers, a couple close enough for photos too! Great to see these doing well again after their decimation in the hard winter of 2010/11. 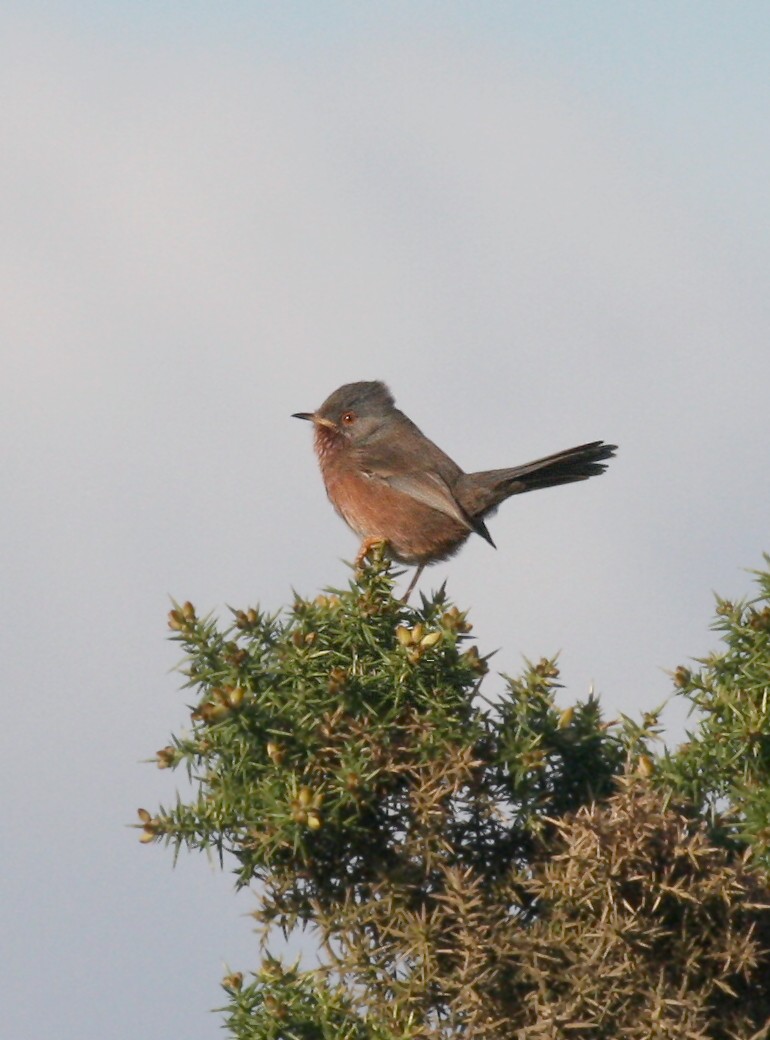 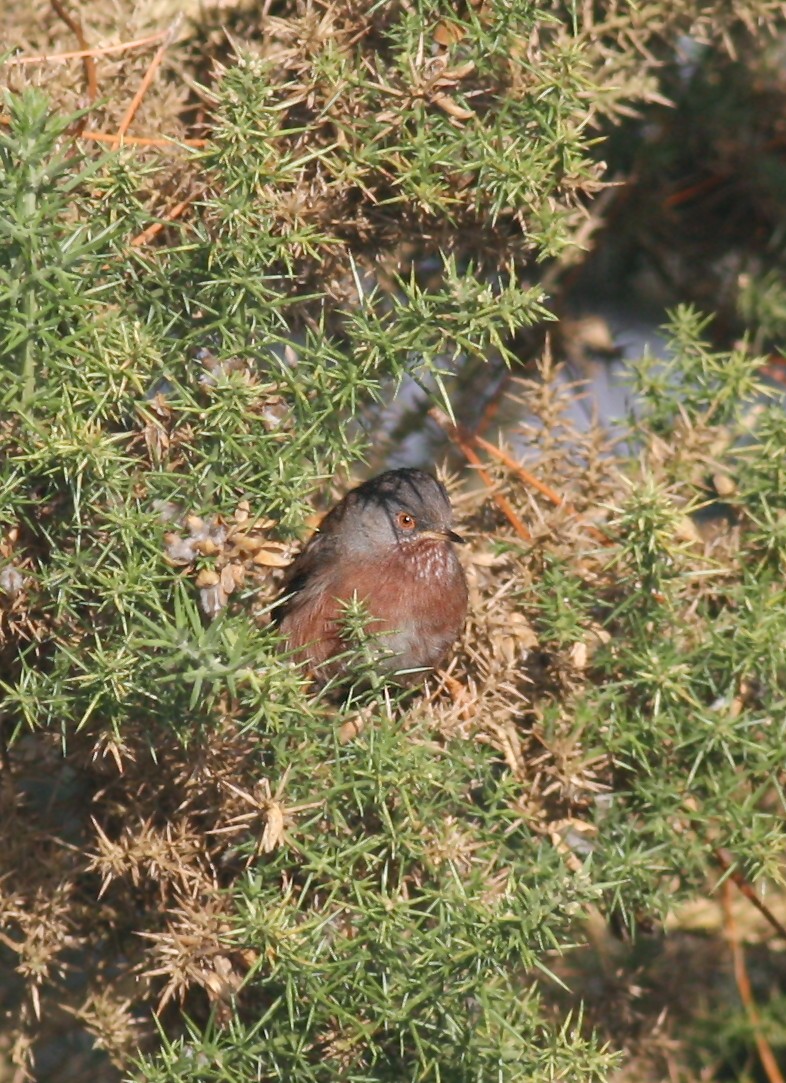 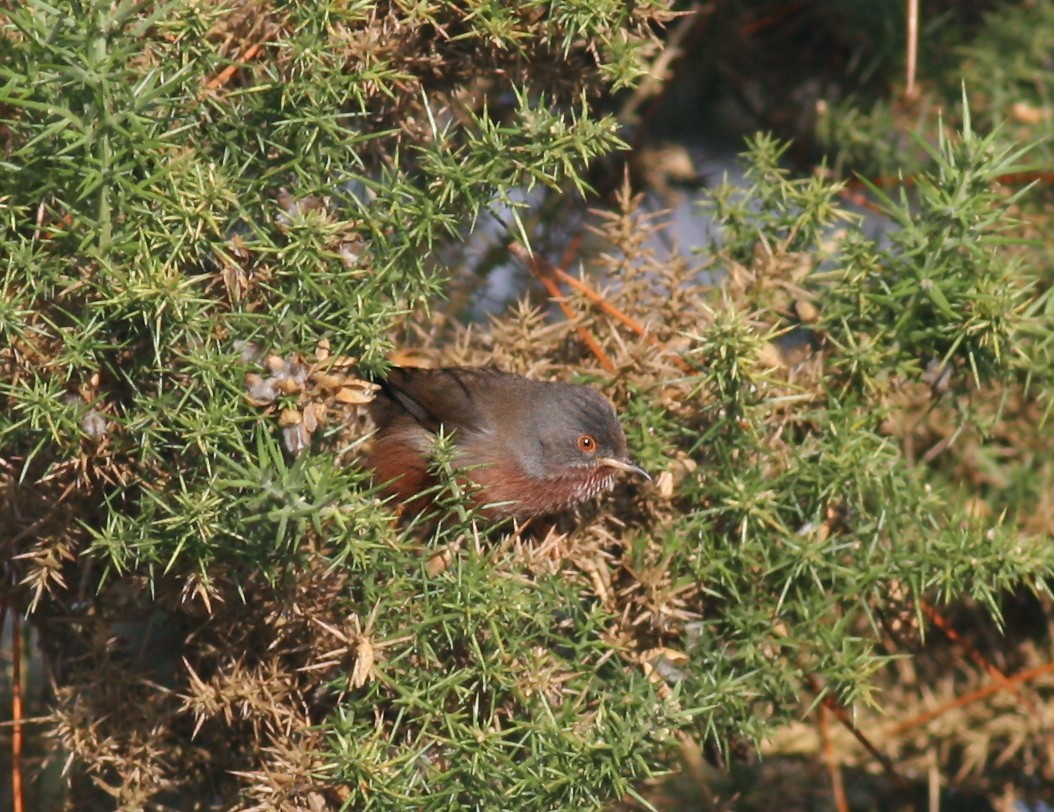 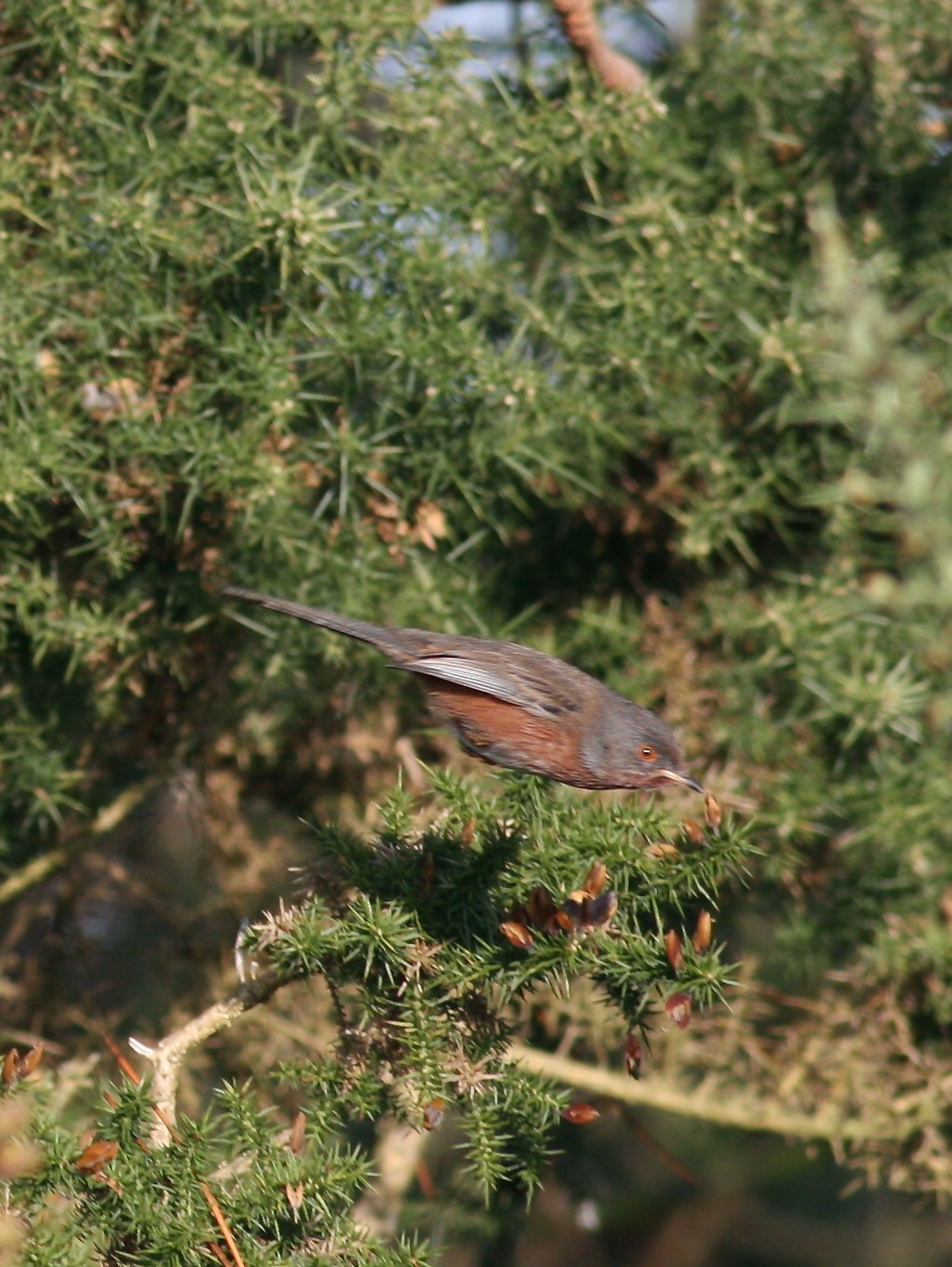 I've been off the radar for a while. Sorry about that! An unexpectedly sudden house move ( it's a long and dull story) has meant that I haven't had time for any birding let alone blogging recently, but things are slowly getting back to normal so hopefully I'll be able to update a bit (or indeed a lot) more often. There will be a slight difference though...I've moved off the patch! Only about 10 miles though, to Sidmouth. We now live in a first floor flat with no garden but birding from the house is still definitely on the cards. Here are a couple of views from the lounge.. 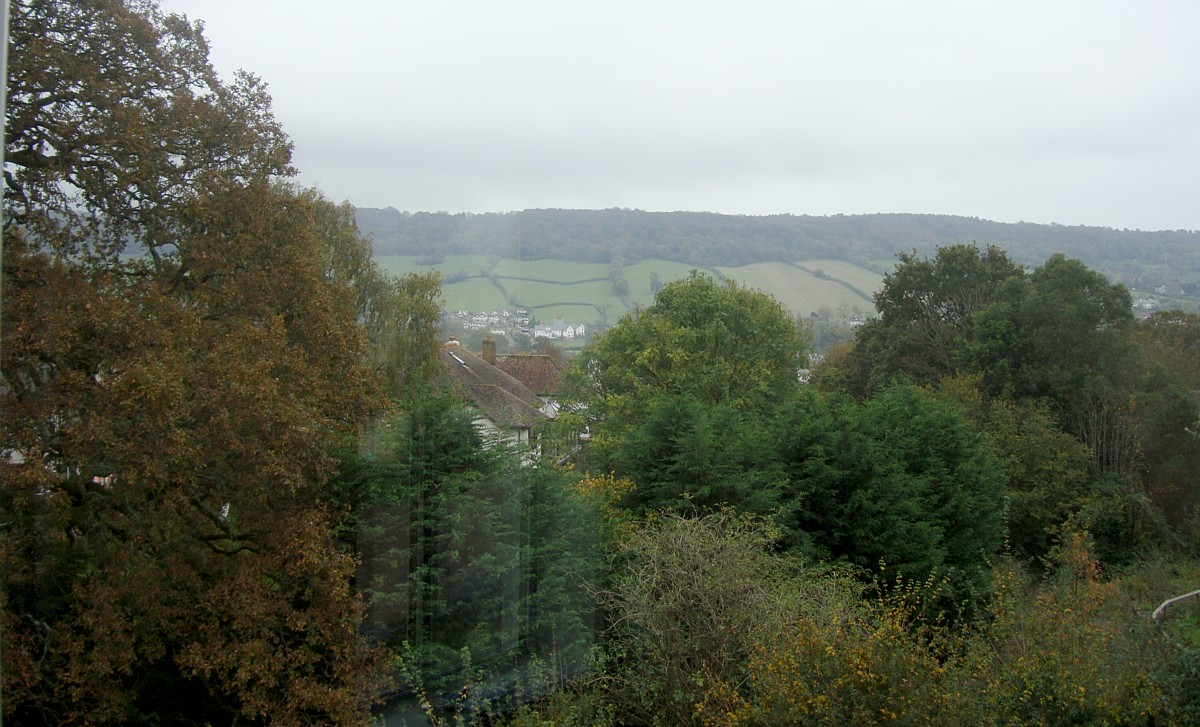 Plenty of trees and shrubs including a massive oak tree, in which I've already seen Nuthatch and Treecreeper. 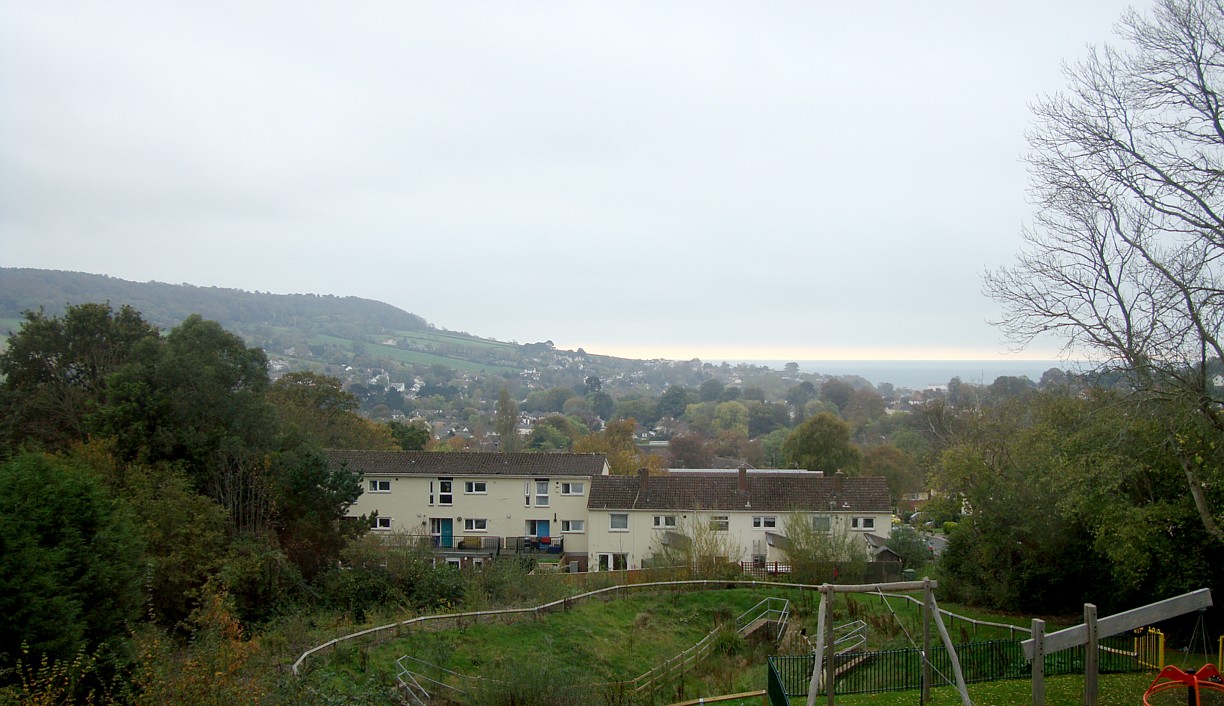 The view out front is not too shabby either, if you ignore the children's play area (the children generally do,which is nice!) and the attractive council flats.

And out of the back window.... 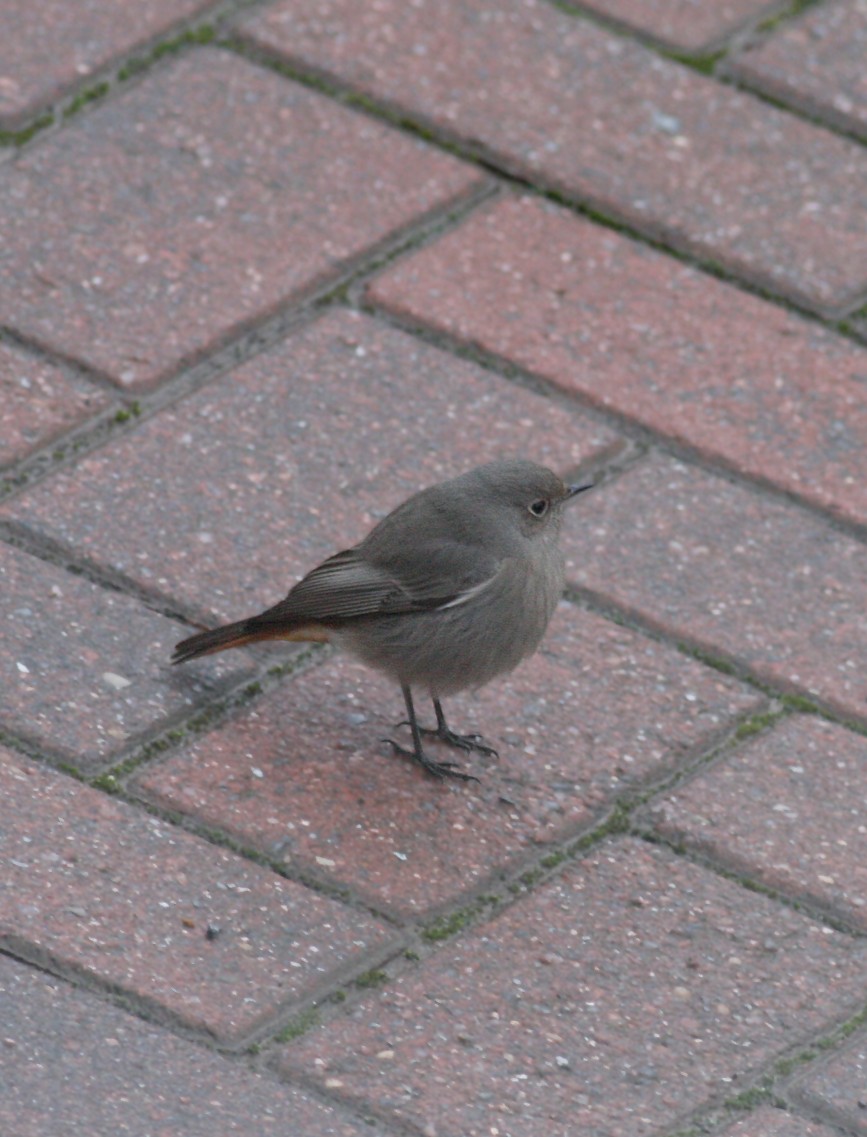 The day before we left Seaton I managed to pop down to Seaton Hole to see the Red-breasted Flycatcher a new bird for the patch. It was way up in the tops of some pine trees meaning good photos were out of the question without the help of a scope. 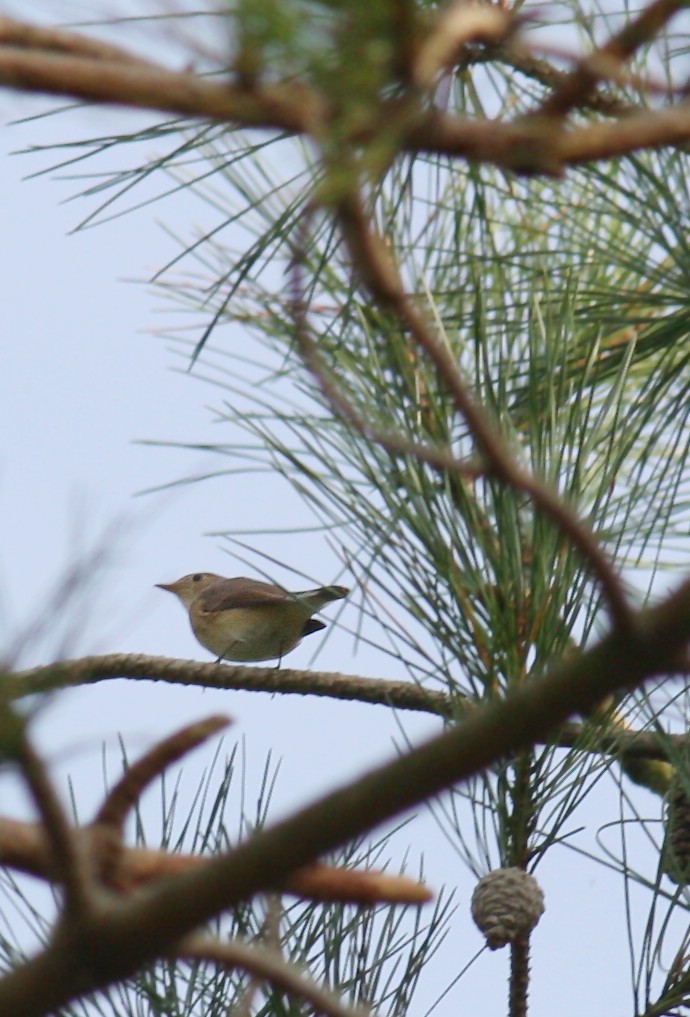 Red-breasted Flycatcher
(Without the help of a scope)

Saturday evening I got a text from Bun. He and Tom (Backward Birding) were going for the Dusky Warbler on Portland and then the Franklin's Gull at Blashford Lakes in the morning and would I like to go too. I hadn't been on a twitch for what seems like an age and to be honest I was actually kinda missing it in a masochistic sort of way. I jumped at the chance to return to my old ways!

We arrived on Portland at around 10.30 stood on the roadside and began looking at some hedges, we looked and waited, and waited and looked.. hmmm...Had I really been missing this? Just to add to the pleasure a considerate motorist kindly went out of his way to swerve into a roadside puddle and thoroughly drench us. Still it was all worthwhile when after a mere two hours of happy anticipation the Dusky Warbler did the decent thing. It showed very well for a couple of minutes but always in a hedgerow on the far side of a small field. We got some good scope views and I even managed a couple of digiscoped record shots. 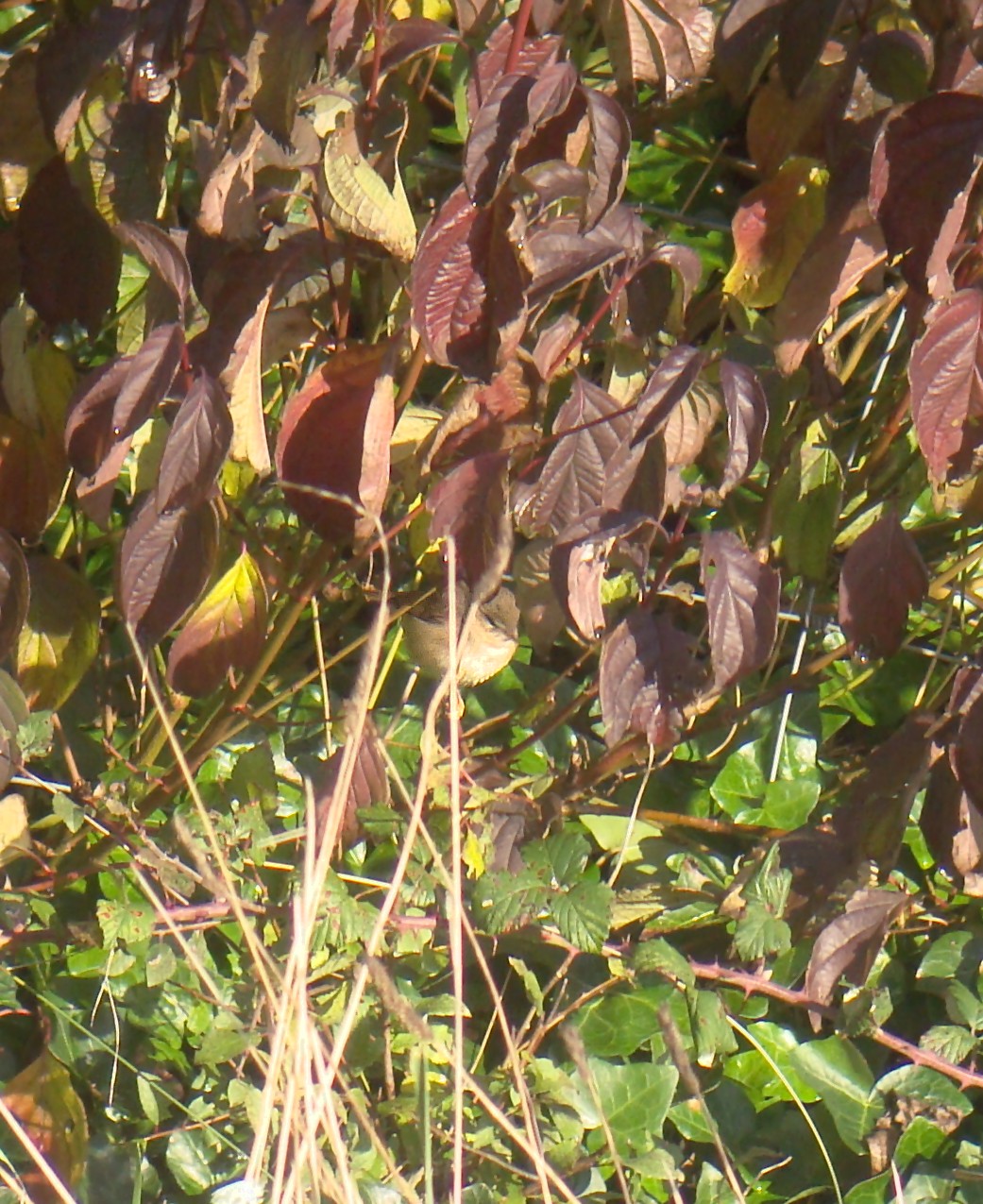 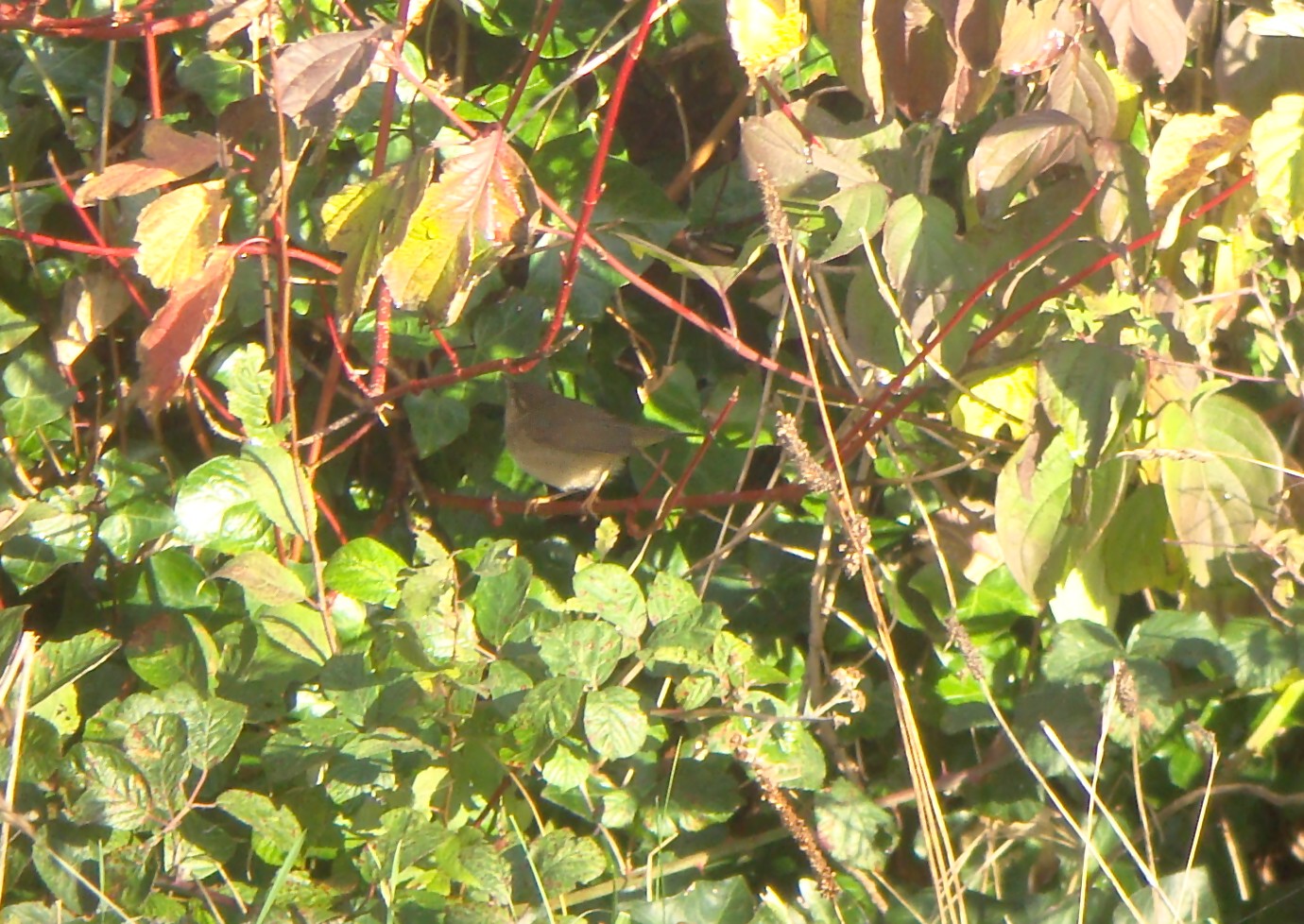 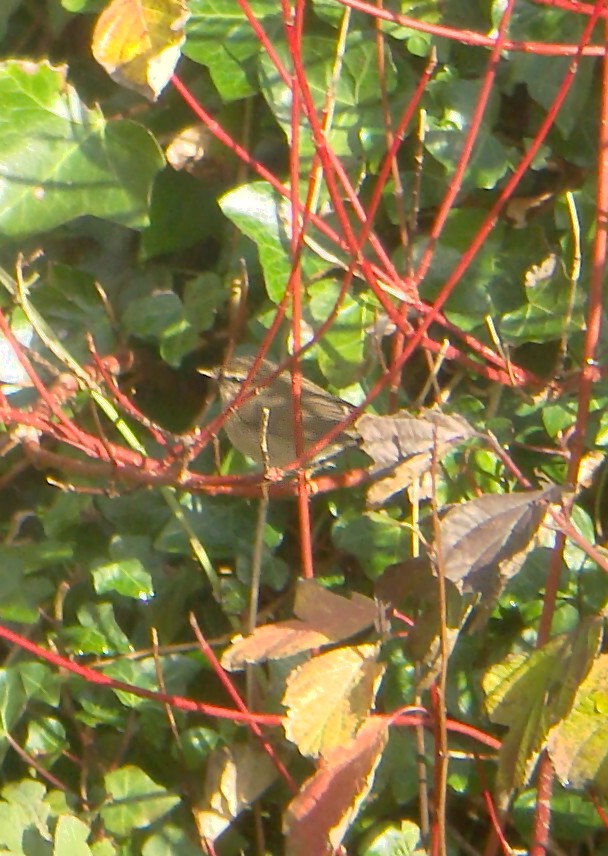 Then it was on to Hampshire and Blashford lakes for the Franklin's Gull which had been coming in to roost there each evening for a couple of weeks. It was hopefully going to be second time lucky for Bun and me after dipping one several years ago in Staffordshire, one which after coming in to roost each afternoon decided not to bother the day we decided to drive up there. And second time lucky it was! Not only did the Franklin's Gull come in to roost it did so earlier than it had before and better still it was the closest it had been to the hide. Saying that it was still what I'd call pretty far away! Well inside digiscoping distance though. 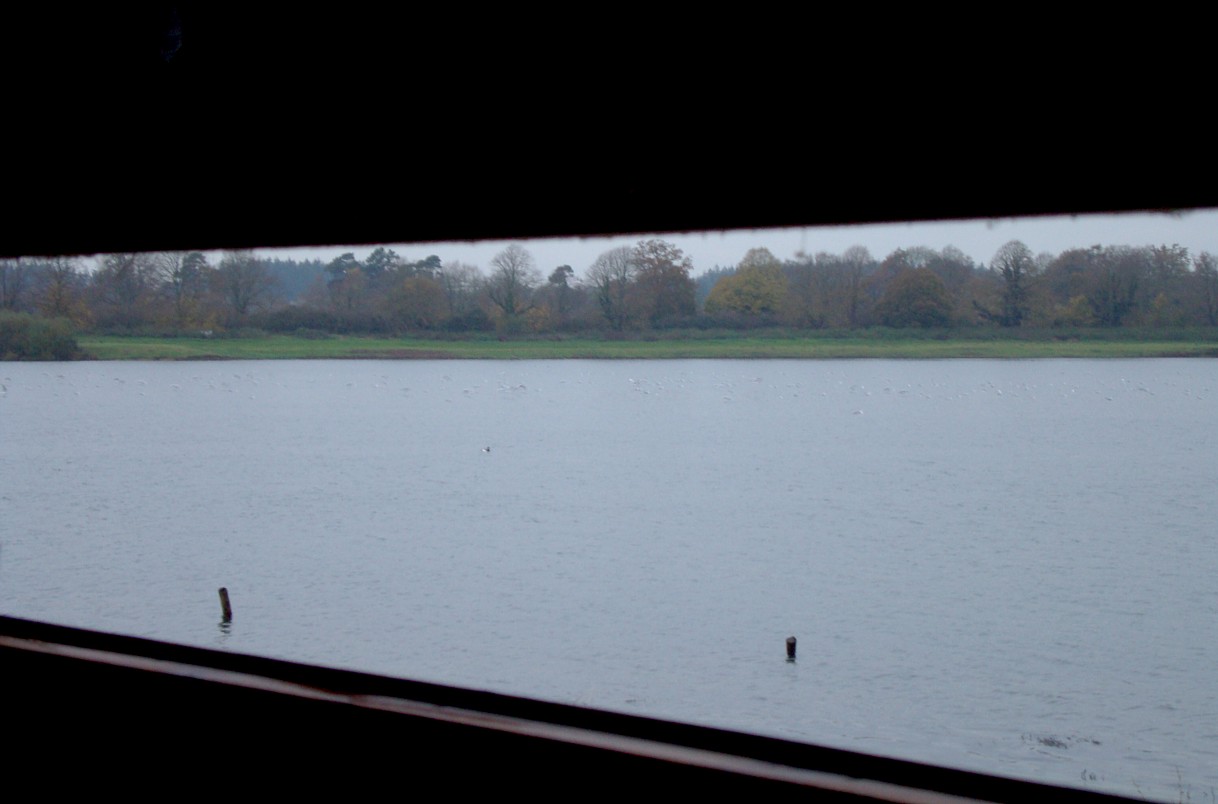 The nearest gulls to the hide are just visible in this photo. 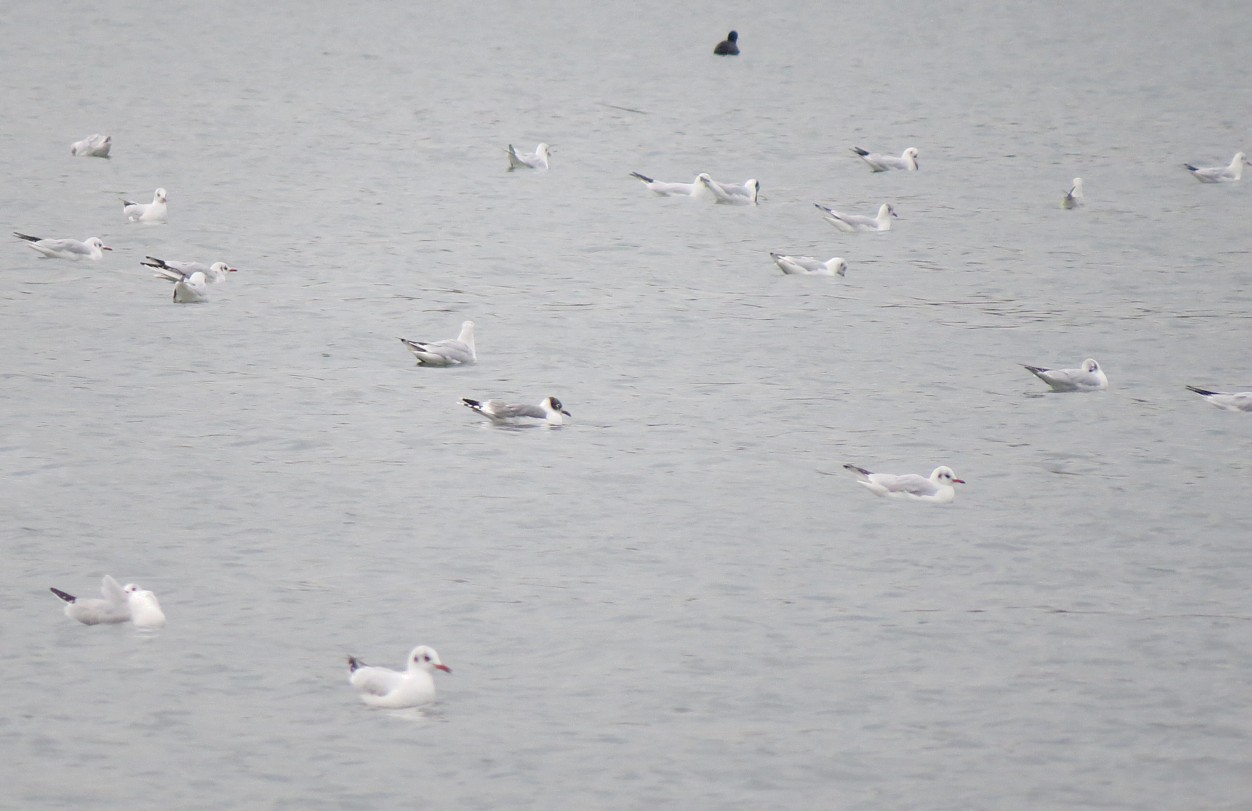 Sure stands out in a crowd 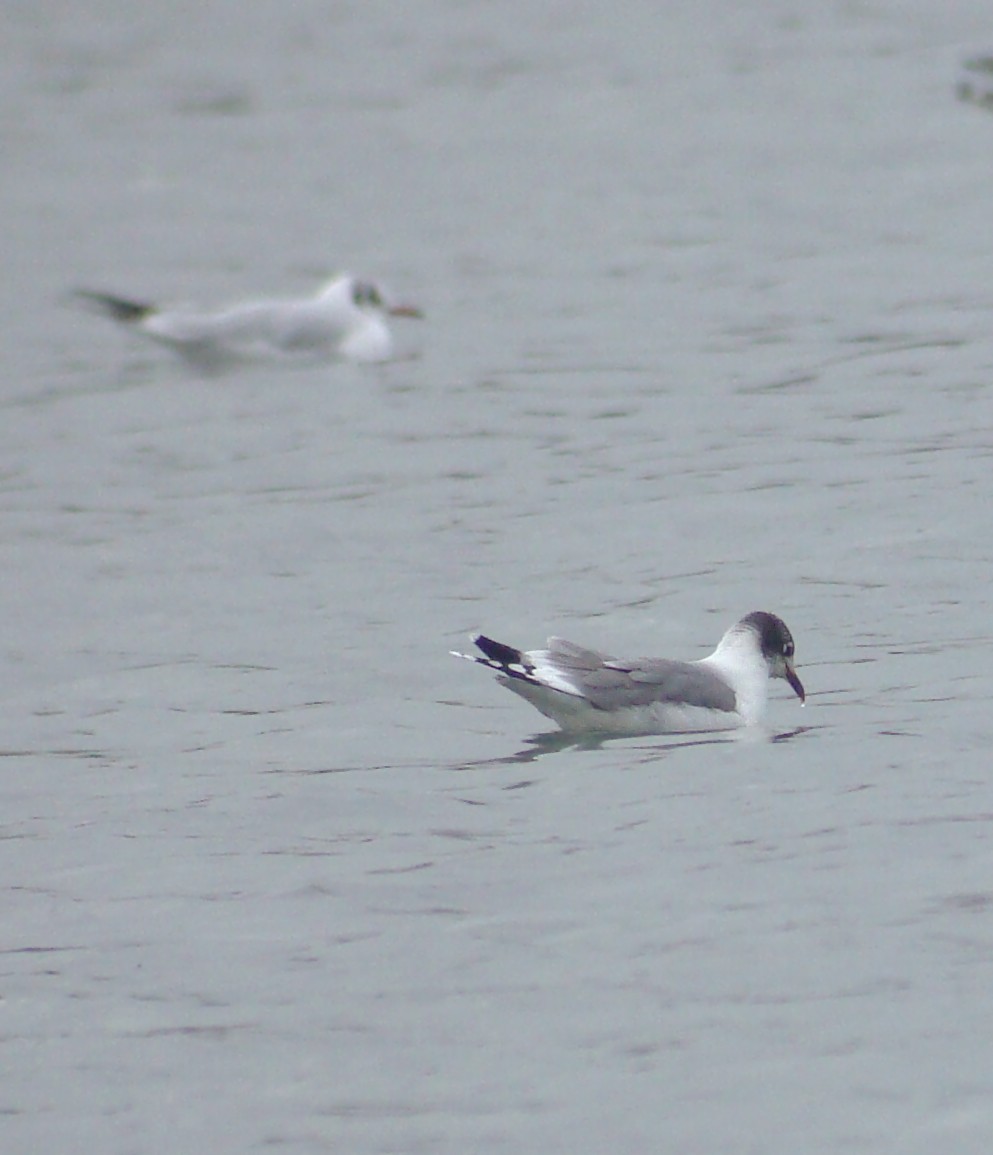 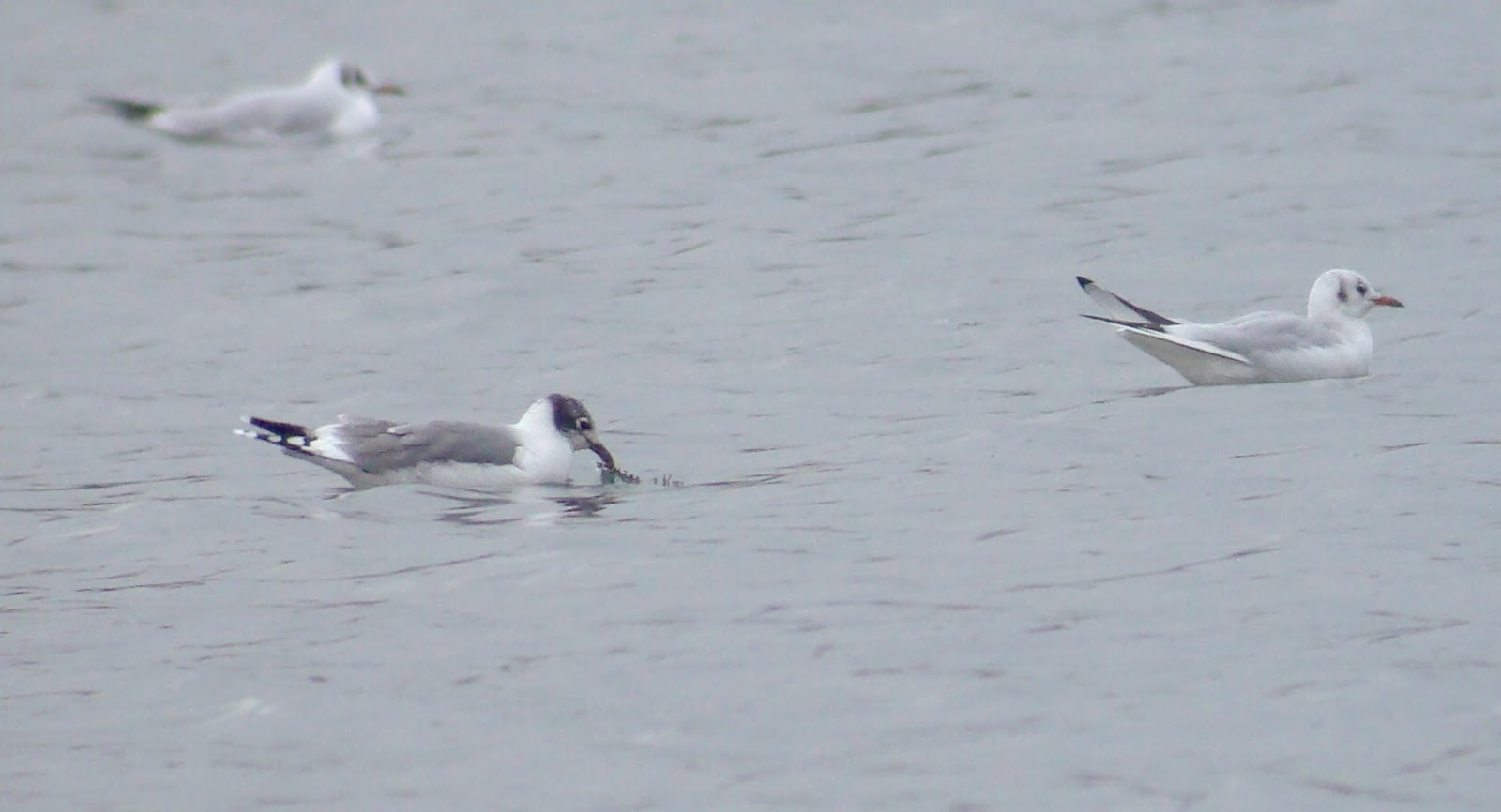 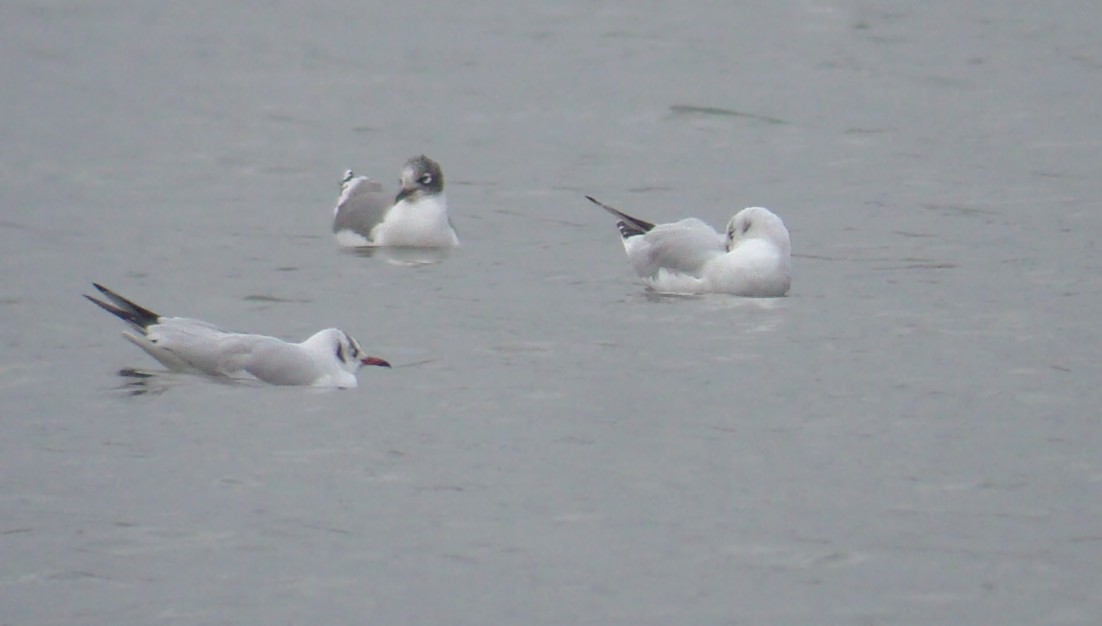 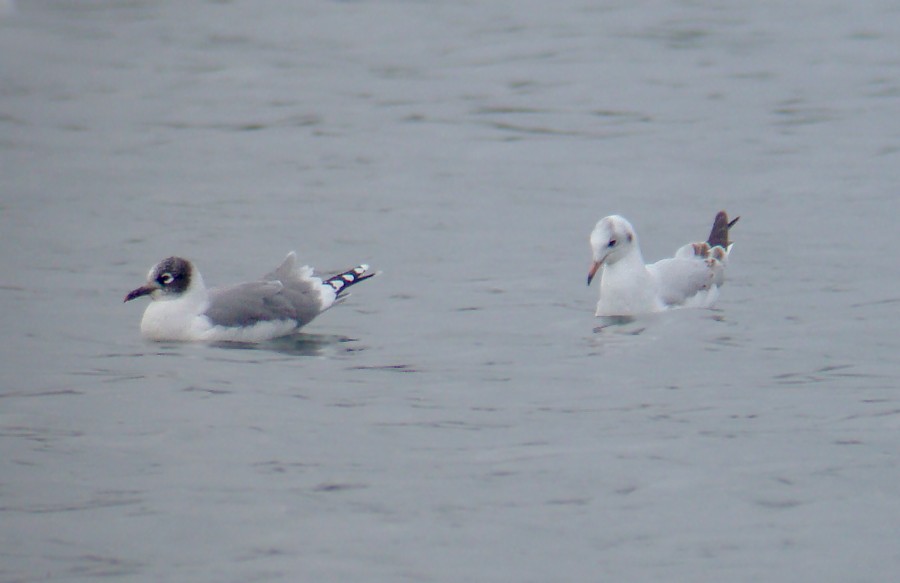 So a very successful and mostly enjoyable day (I didn't particularly enjoy the splashing incident) and birds number 352 and 353 nicly in the bag.

I have been down to Sidmouth seafront a couple of times in the last week. So I'll get some photos from those visits up soon as...