Back in late May we visited Berry Head to see some of its rarer wild flowers after having been rather too late last year when we visited. We saw everything we were looking for except Small Hare's-ear which we were too early for this time. However we went back last Sunday and found lots of it both in one of the spots we'd looked at earlier and in a new location passed onto me via a contact on Twitter. This is a tiny plant and very difficult to see and it is also very rare growing only here and Beachy Head in East Sussex.The other flowers were White Rock Rose, Small Restharrow, Honewort and Dwarf Mouse-ear. We also found a beautiful salmon pink Scarlet Pimpernel. After our May visit we drove over to the west side of Dartmoor to look for Heath Fritillaries on a Butterfly Conservation Reserve. There were lots on the wing and the very first one we saw was a stunning aberration too! We also saw a few Pearl-bordered Fritillaries and Small-pearl-bordered Fritillaries here. 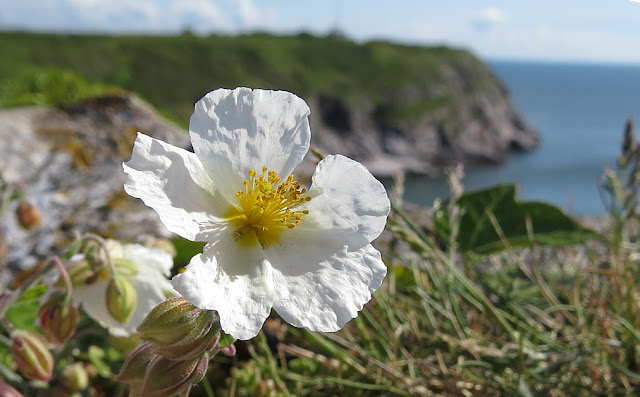 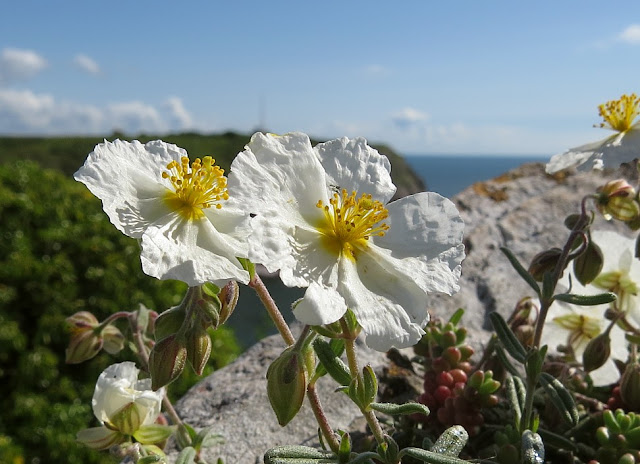 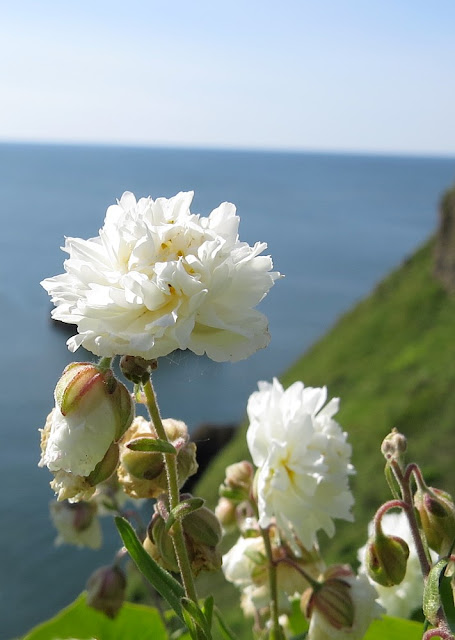 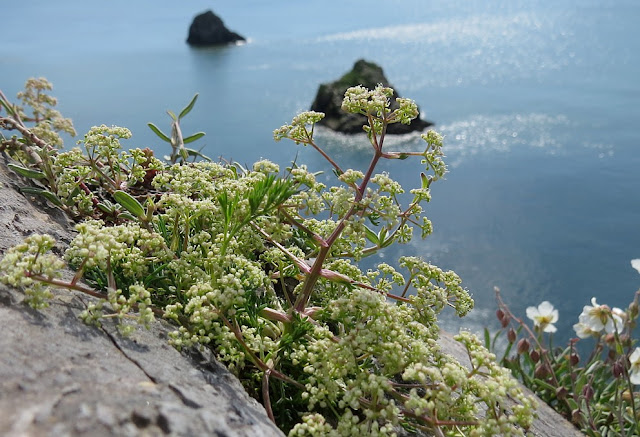 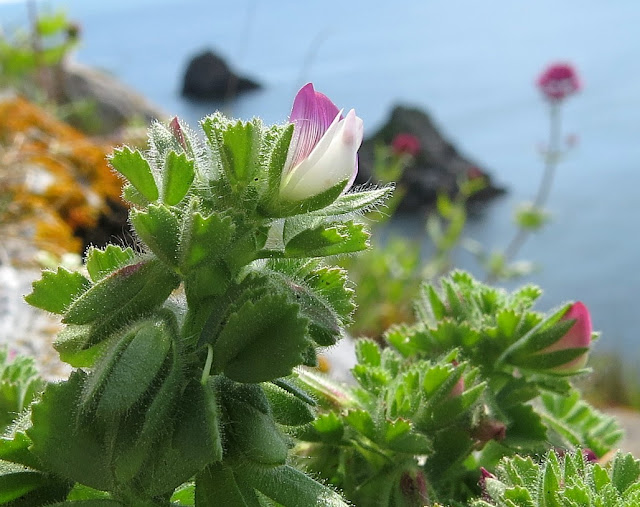 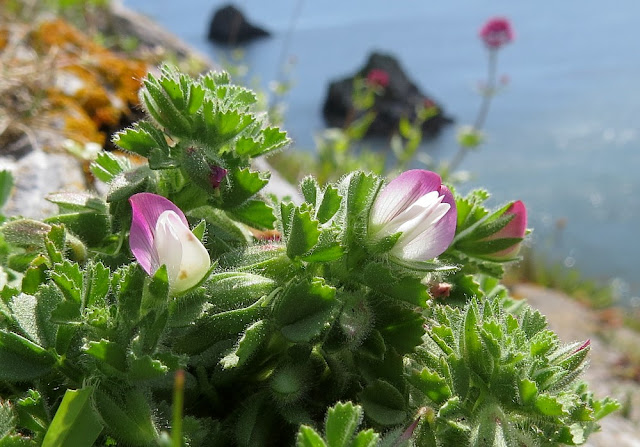 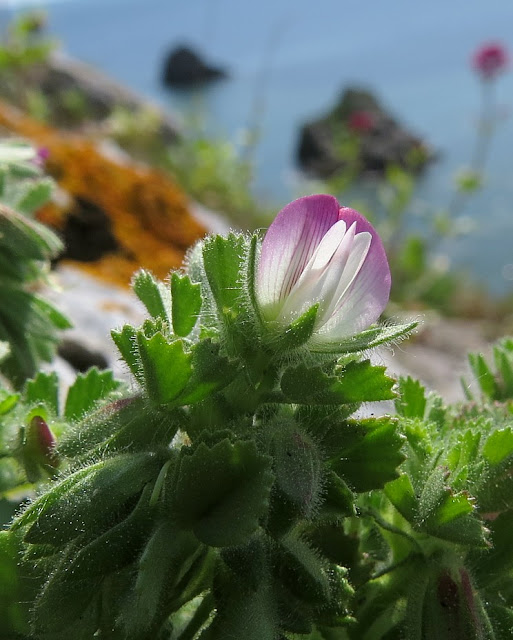 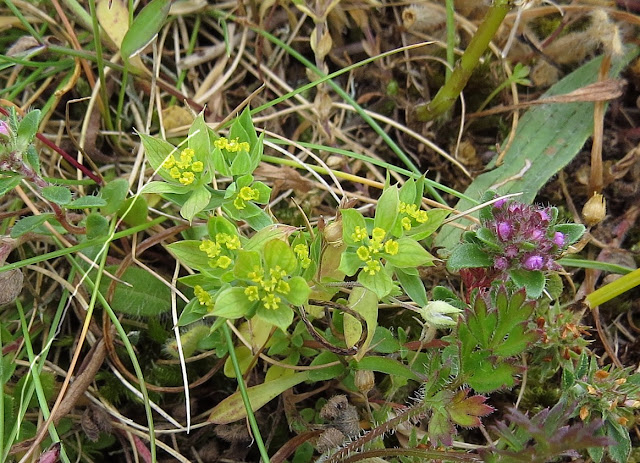 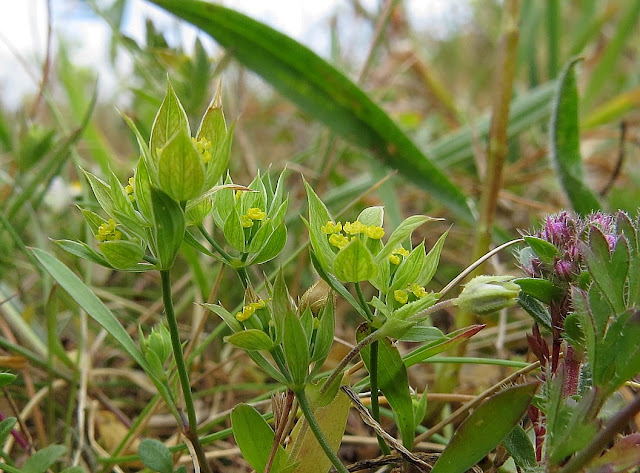 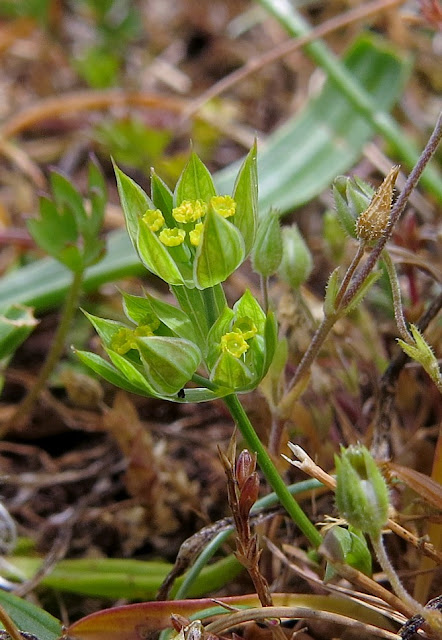 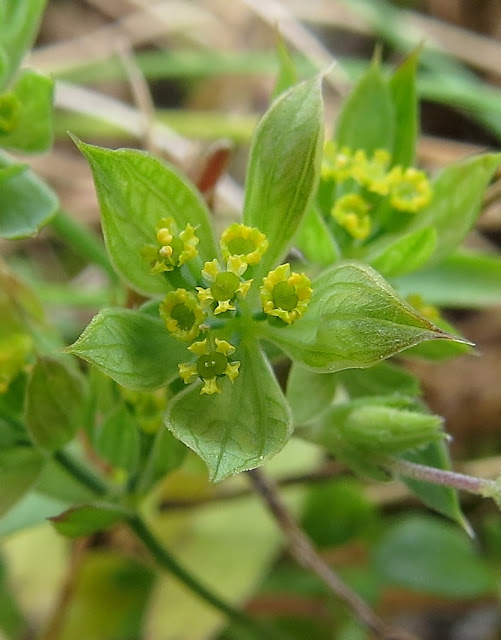 It's very small and if you can't picture just how small from these photos... 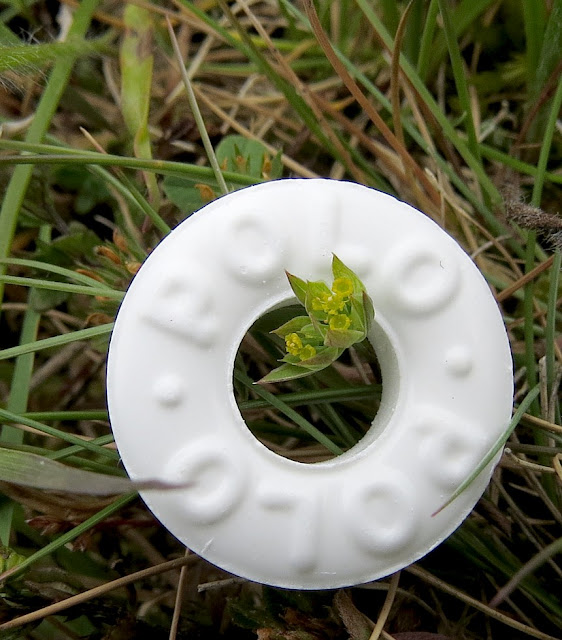 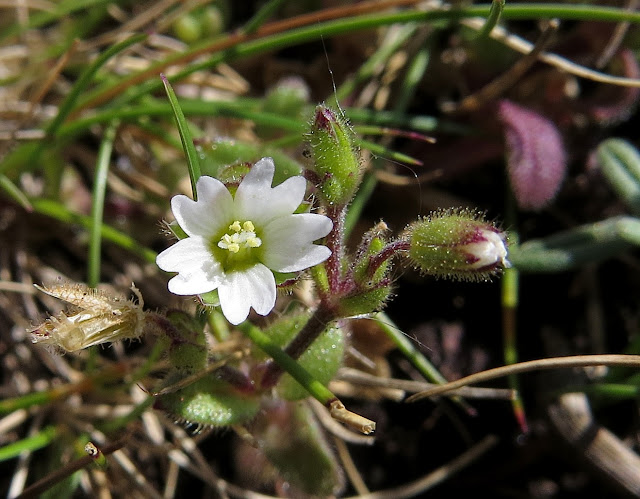 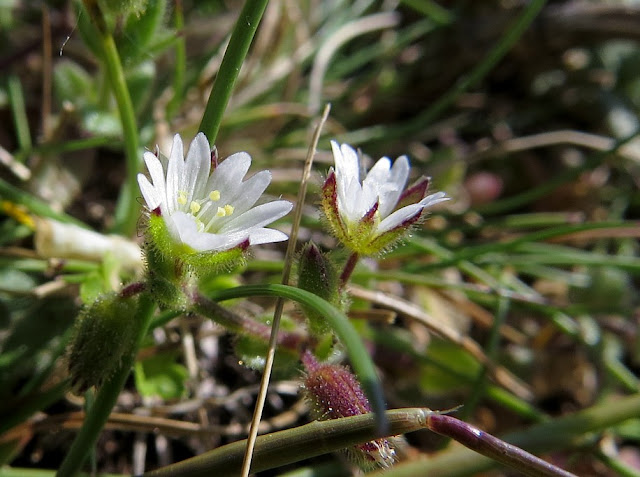 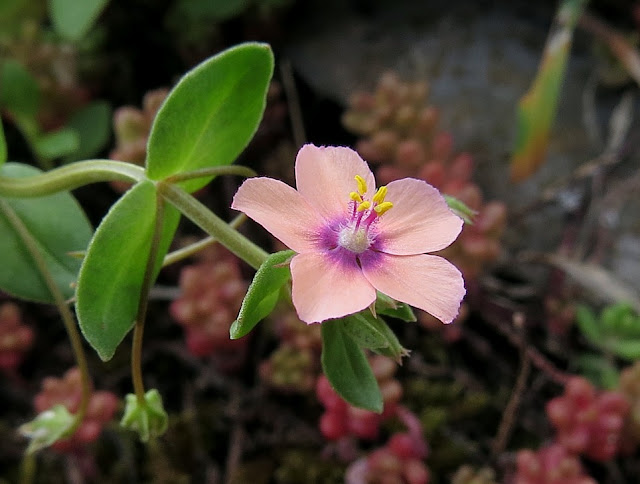 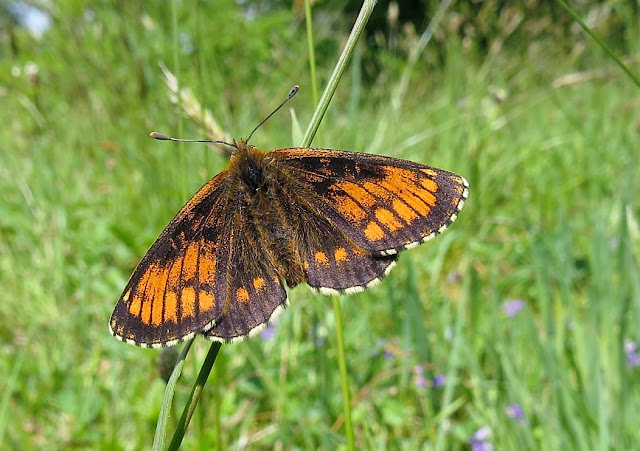 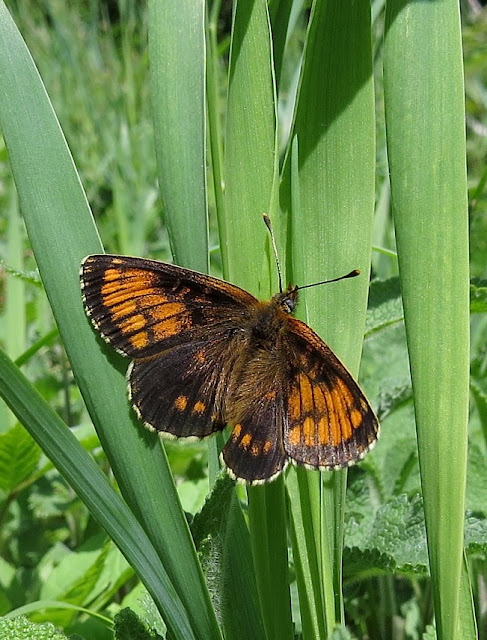 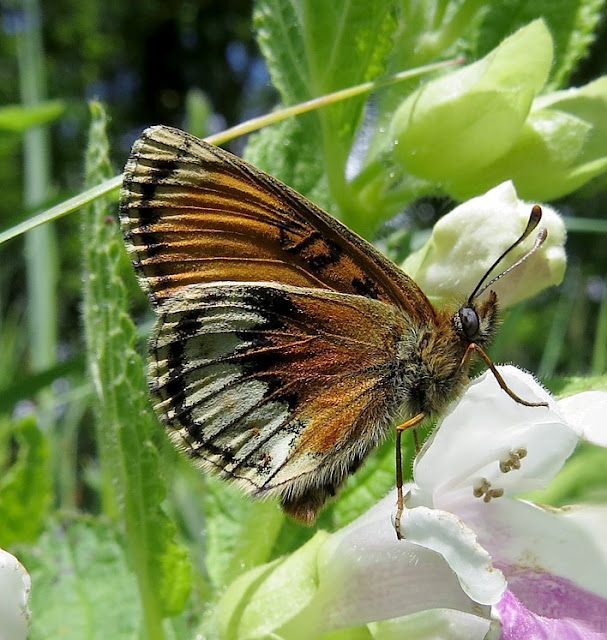 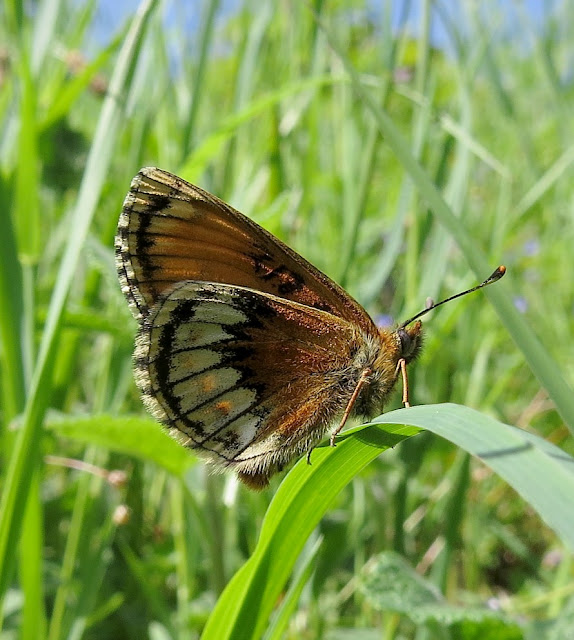 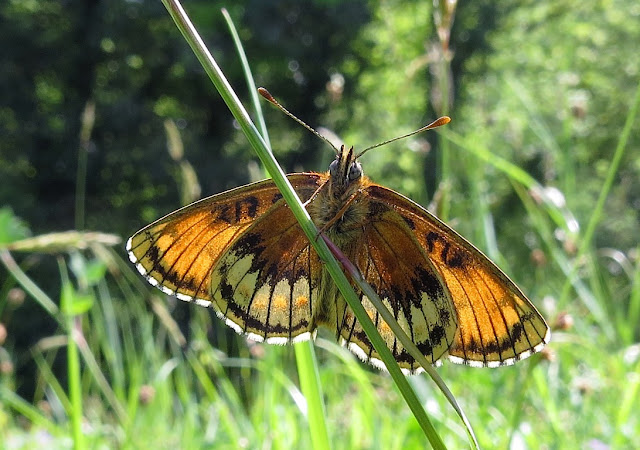 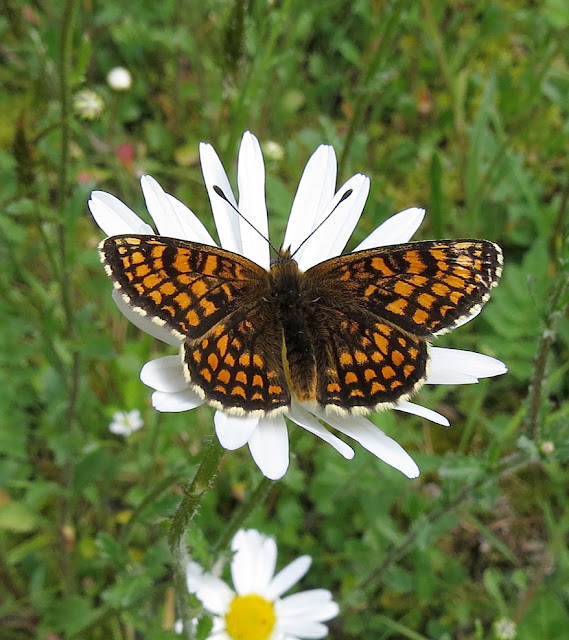 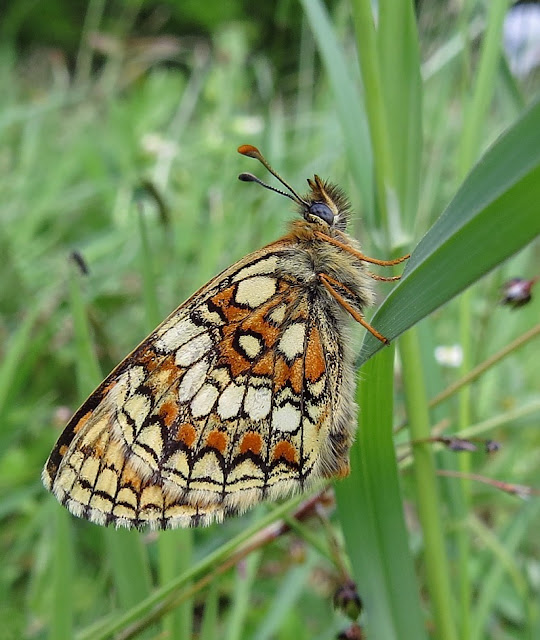 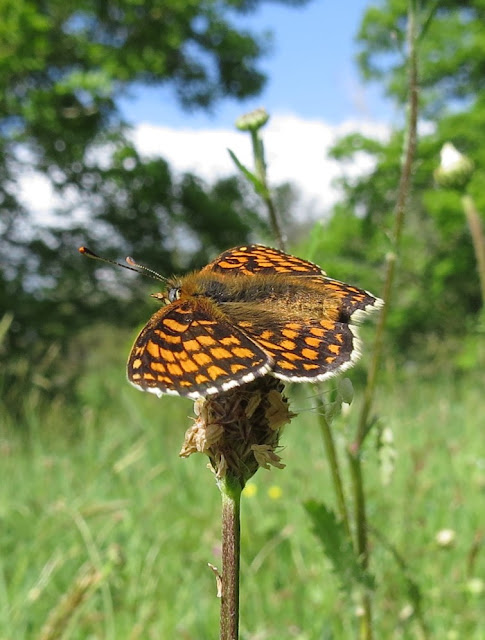 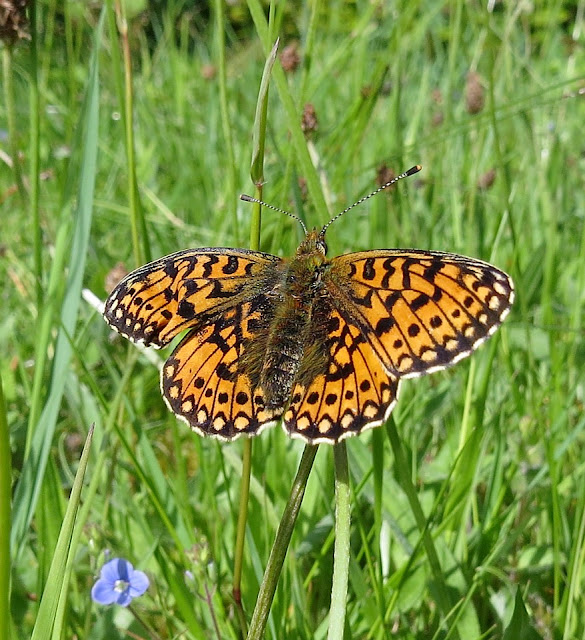 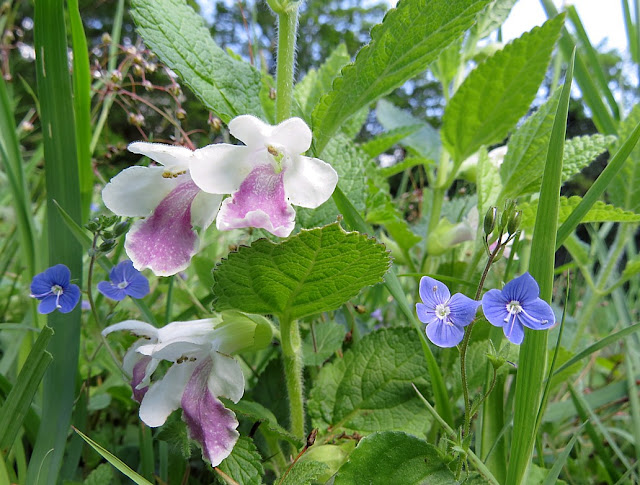 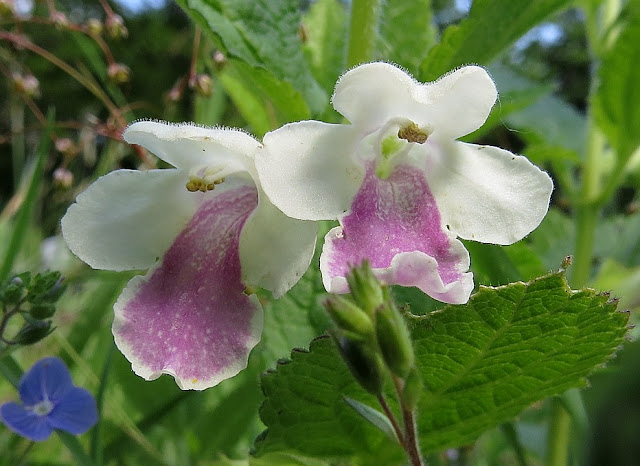 Posted by Karen Woolley at 6:40 pm No comments: