I Just Had To!

Well, it's been a while. I've finally arrived at my new abode but still have loads to do at the old one before we hand the keys back. I just can't believe how much useless tat we've managed to accumulate over a mere four years. Still, another week or so and I should be back out birding, and let's face it I need to be because I fear I'm lagging behind a teeny bit in the patch yearlist stakes! I did take a break from all the moving mayhem on Monday, when I drove over to Hampshire for the Spanish Sparrow and the Dark-eyed Junco. I don't know how I held out so long for the Junco because it's a bird with a bit of a history for me, after having missed one in Somerset in the most horrible fashion. Read about it here if you like.  I remember at the time Gavin's words of comfort were something along the lines of " Don't worry there'll be another in the next 18 years or so". Turned out to be just a knock over three until this one turned up so I was pretty keen to see it. Bun had already been to see both birds twice already, but took pity on me and kindly accompanied me. "The Junco's easy" he said, so we went to the Sparrow first. Fortunately it was showing really well in a garden and the kind owner let us in to look through the window. There were only a couple of people in the kitchen so I asked if I could bring my scope in to take a photo, Not at all easy though  because the bird was too near!! Gorgeous bird, but then I'm biased because I love me Sparrows and this was an Uber-sparrow if ever I've seen one! I was soon itching to move on and try for the Junco, so we made the short drive to Hawkshill in the New Forest and joined a small crowed in the bird's favoured locality. We waited, and waited, and waited. There were plenty of Chaffinches and Reed Buntings showing down to a few feet on several seeded areas but the Junco appeared to be hiding in some dense foliage on a fallen tree. The bird showed briefly a few times and on each occasion I missed it, I was starting to get rather worried, 'the curse of the Junco' was going to strike again! It didn't I'm relieved to say and eventually got I to see it too. The long, cold wait of  two and a half hours was well worth it.What a smashing little fellow he was! I managed to snatch a few digiscoped shots as he sat in a tree thinking about dropping down to a seeded area, then had superb close views of him feeding too. On the way home we received a text from Ian M on patch, there were two Golden Plovers on Bridge Marsh, not an easy bird on patch most years, so it was a race against time to get back with enough daylight to look for it. We arrived just in time to scan over the Ploverless fields in the half-light, can't win 'em all! The Sparrow was this near! (3x zoom on compact camera) 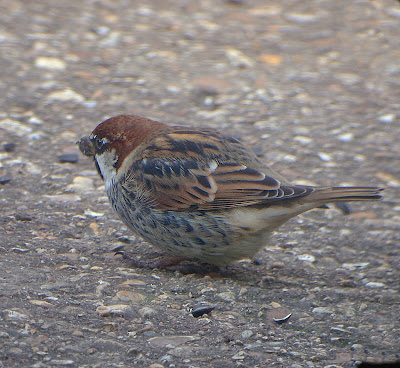 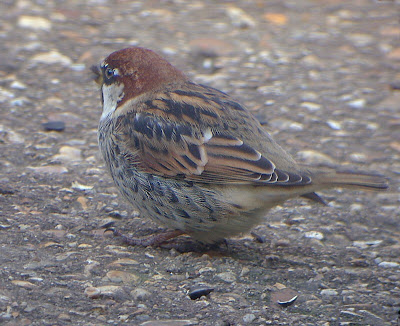 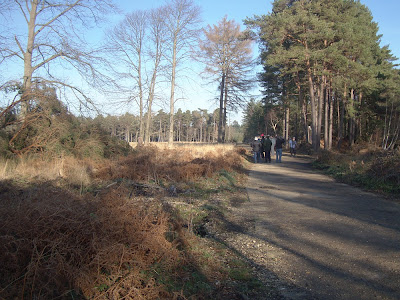 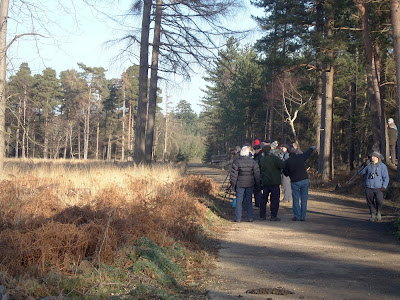 The Twitch.
Why is there always somebody wearing a bright red hat!? 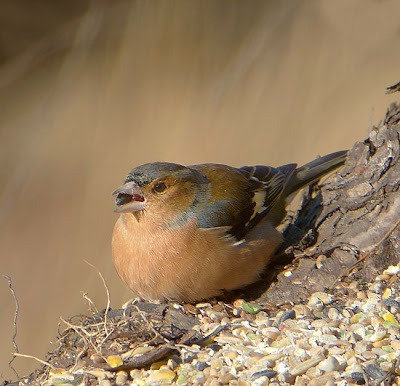 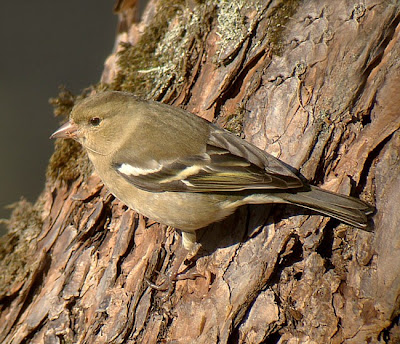 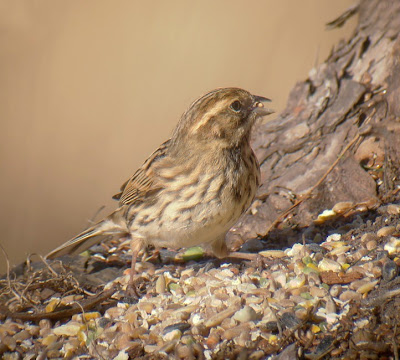 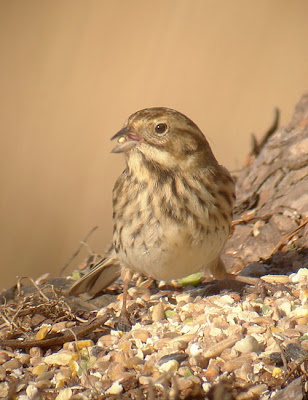 ...as were the Reed Buntings 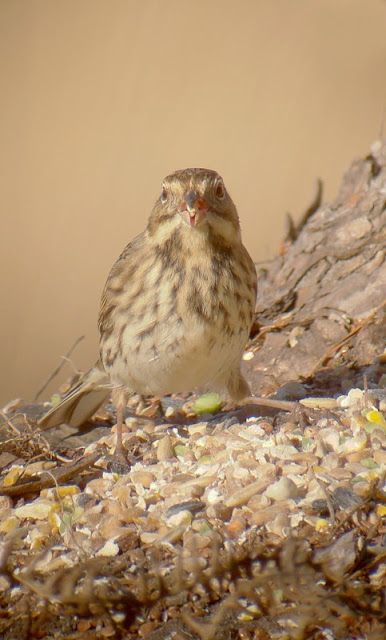 Here's a close up view of that weird shaped bill in action. 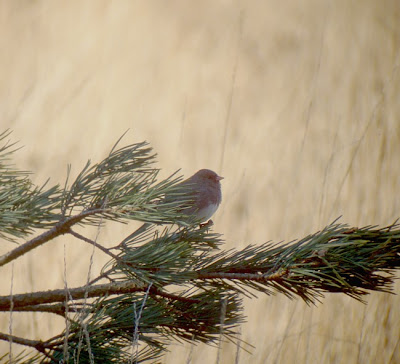 My first view of the Junco was this.
I managed to get this record shot and thought that would be it, but then I got these... 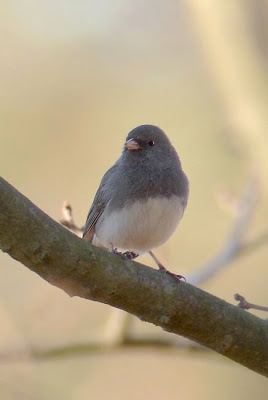 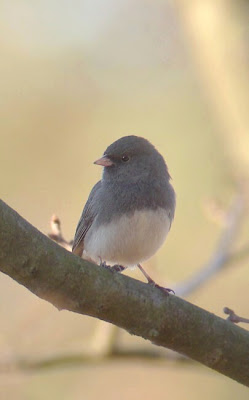 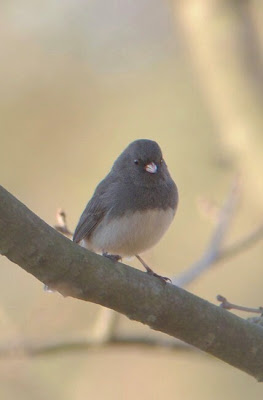 What a little gem! 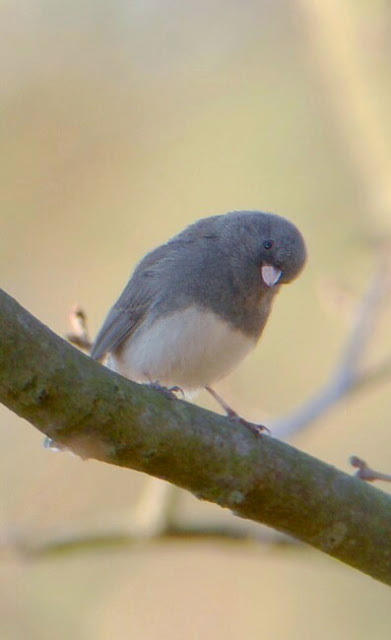 My favourite shot
Posted by Karen Woolley at 11:39 pm 2 comments: