I didn't set my alarm to watch the lunar eclipse on Monday morning as chances were that I'd be awake anyway. It's my age I'm afraid. And there was I thinking I'd never find anything good about waking up in the middle of the night every night! On the night in question I woke up a bit earlier than my usual 4am and was in time to see the eclipse totality. Unfortunately from our flat I had to lean right out of the window to see the moon as we have no west facing ones, also the 'security' lights on some neighbouring flats made viewing rather difficult without the aid of a welding mask! So I threw on some clothes, got in the car and headed off into the darkness for a better view. The best thing about it was that during totality the moon looked really 3D, like a ball suspended in the blackness, normally it always looks flat if you know what I mean. That three-dimensionalness doesn't really show on photos. I couldn't be bothered to set up my DSLR on a tripod (not that I'd have had the time) so I took a few snaps with my super-zoom that aren't too bad and certainly make a nice memento of the occasion. 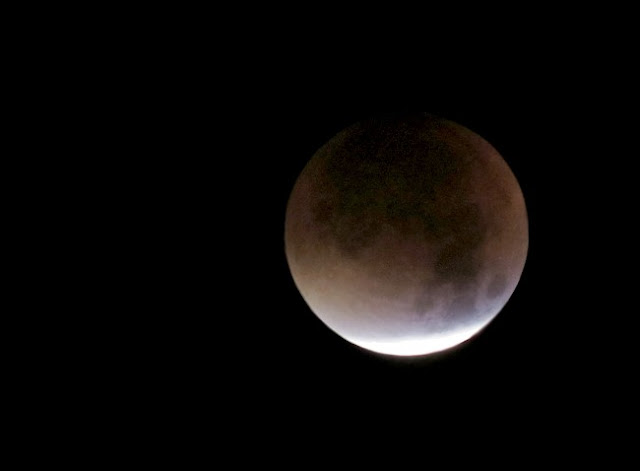 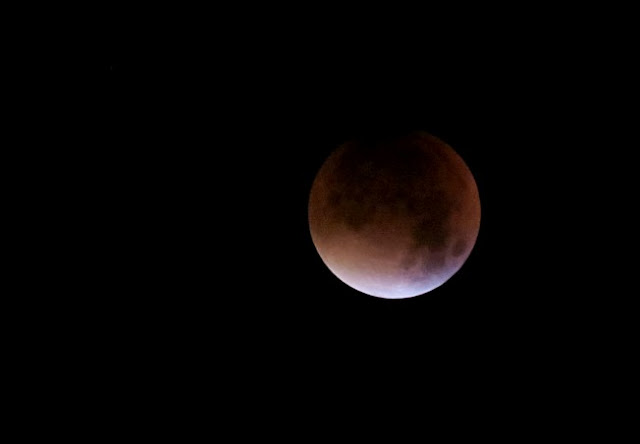 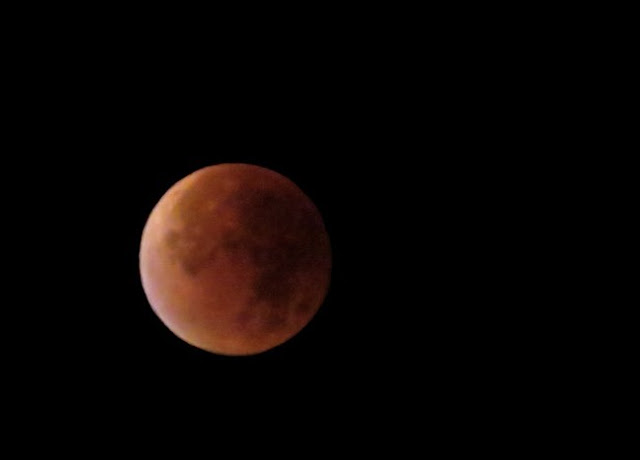 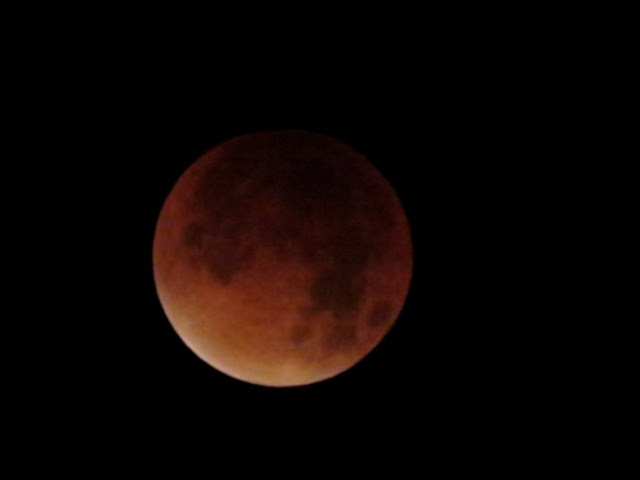 I've been wanting to see a female Wasp Spider in all her stripey, hairy, leggy loveliness for ages but just haven't ever managed to see one on my travels. That would be because my travels had been pretty limited. But not lately they haven't. My friend Andy and I have been traveling around all over the place mostly in search of plants and as a result of this we've also stumbled upon lots of other things and Wasp Spider has been one of them. The following lovelies were photographed in the Purbeck area of Dorset, Langstone Harbour, Hampshire and Brandon, Suffolk. 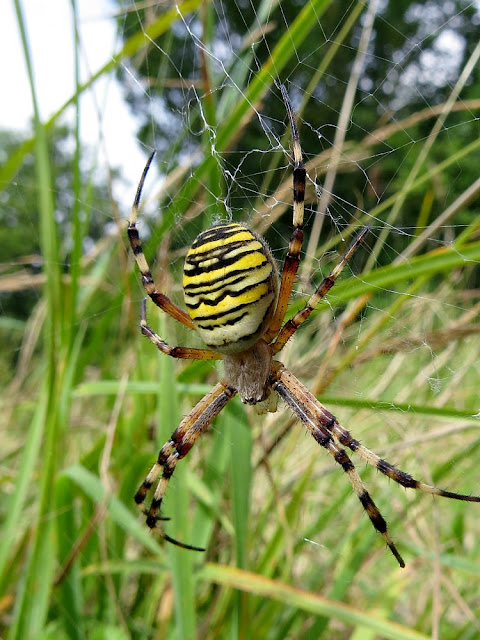 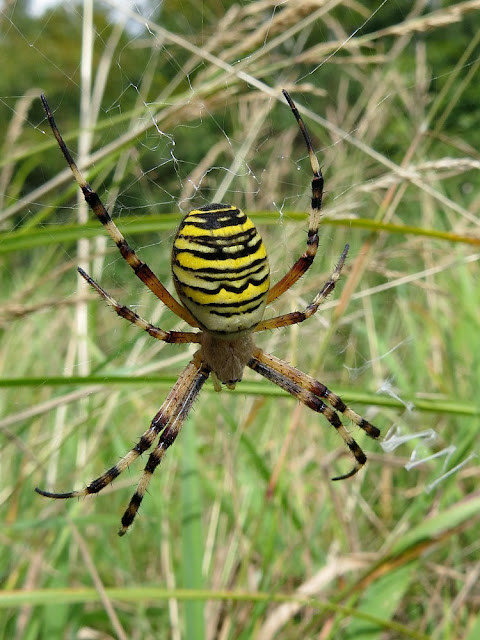 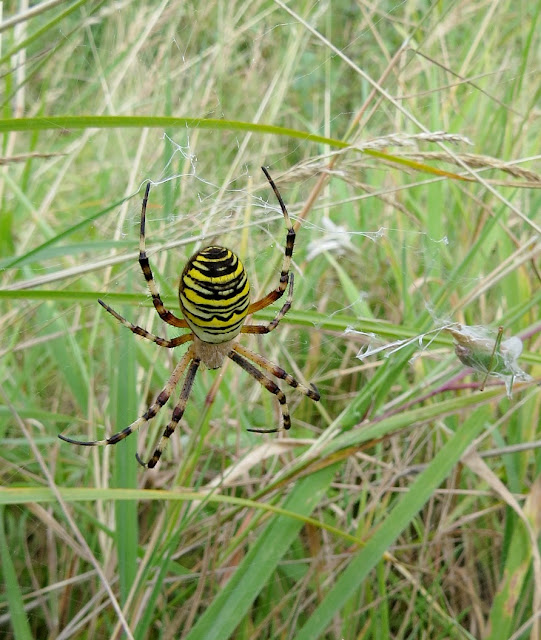 The unfortunate Long-winged Conehead seen here was wrapped in silk and killed so quickly I couldn't get a photo of the 'action'. I estimate it was all over in four seconds. Unbelievably quick! 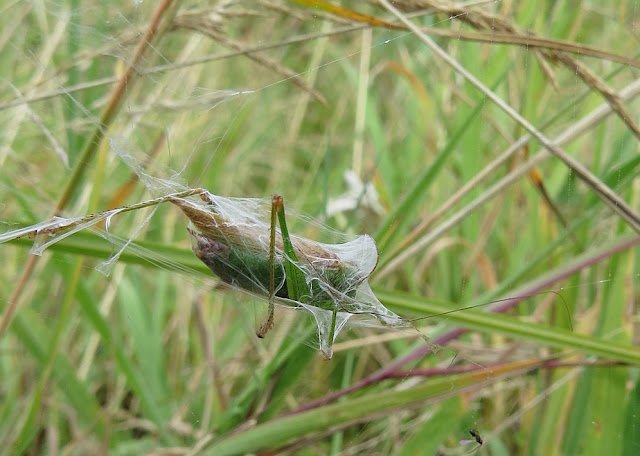 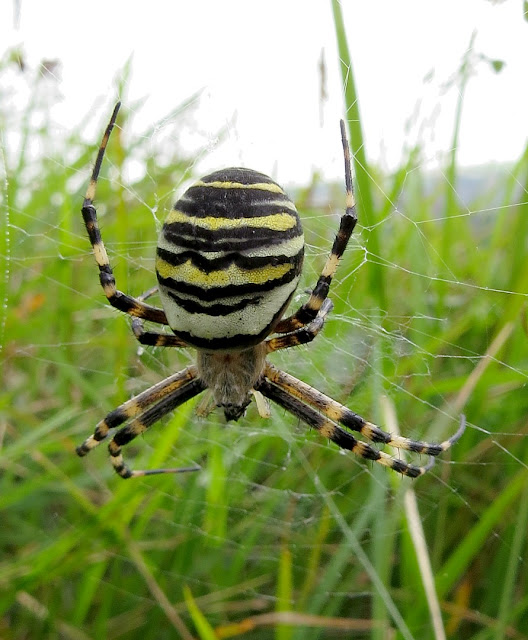 This massive individual was on Ballard Down.
She's tucking into her latest victim here. 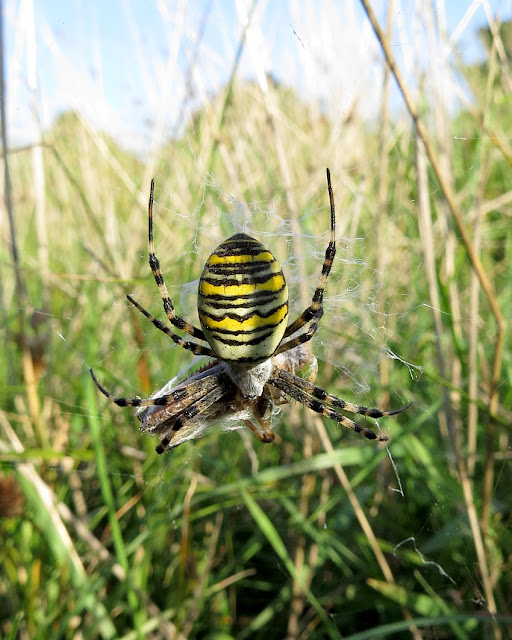 This smaller one was on the Artemisia Reserve in Brandon Suffolk, she was catching pretty big prey items though. 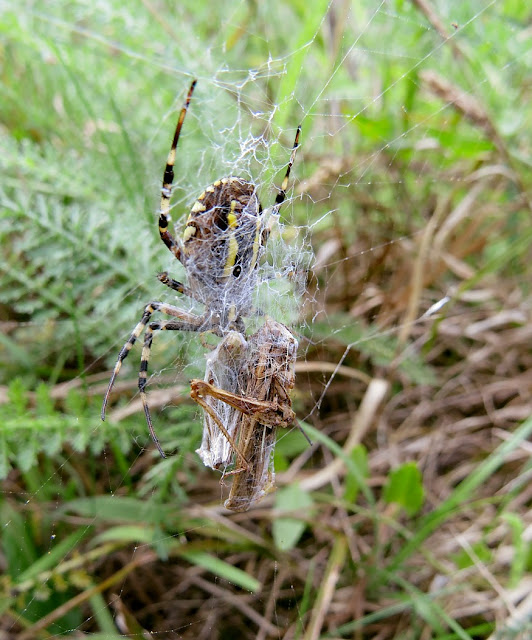 This one was also on the Brandon reserve and was stockpiling her prey items! 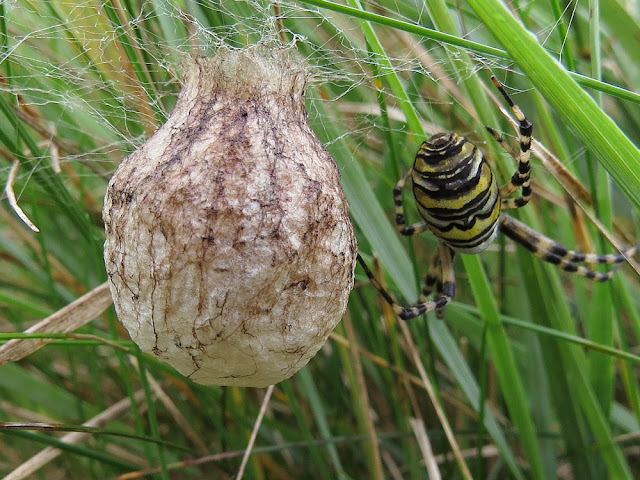 And at Langstone Harbour while looking for Slender Hare's Ear we saw a couple of the spiders guarding their large elaborate egg sacs..... 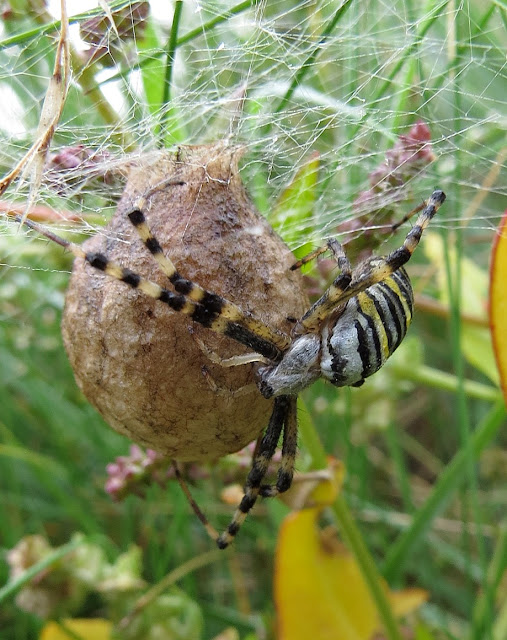 Some more attentive than others!

A couple of close ups for the arachnophobes (Don't look Martha!) 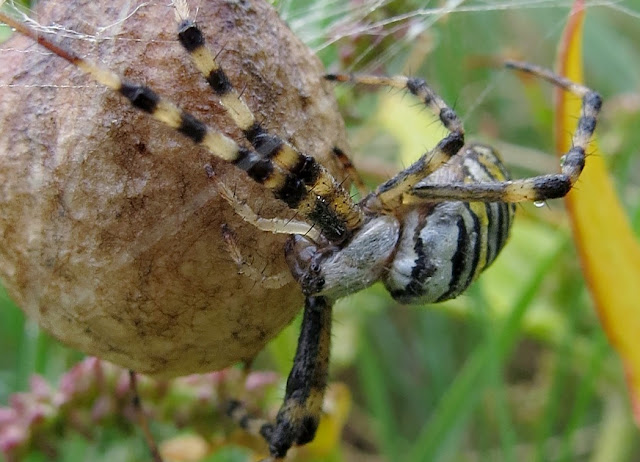 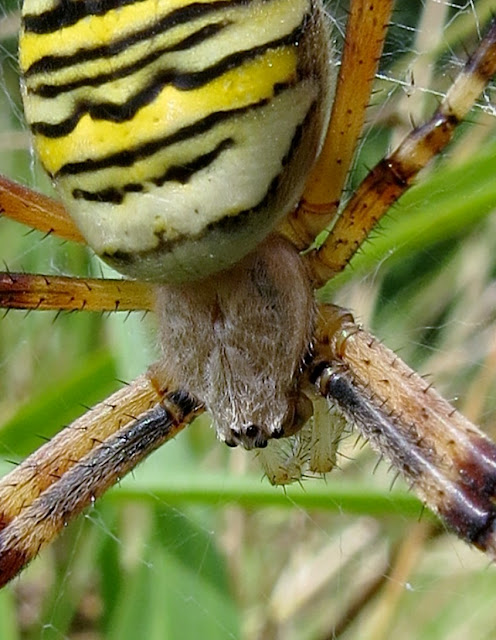 Just a quick blog post to prove I'm still alive! A couple of weeks ago I made what's become an annual pilgrimage to see Marsh Gentian in the Purbeck area of Dorset. Definitely one of my top ten wildflowers, I never tire of seeing them! This year's visit (well two visits actually) were extra special because I was taken to a site where the white form occurs. On the first visit there was a single flower which wasn't quite open but on a return visit a couple of weeks later not only was it open there were four others too. The variety of shades of blue of the flowers on the site were staggering. No two were the same. 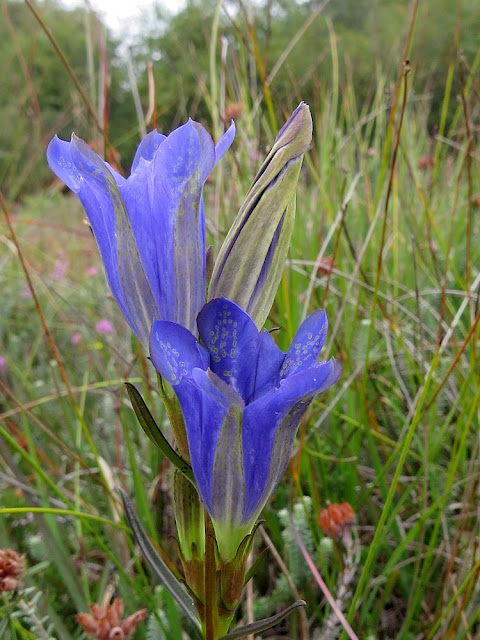 Marsh Gentian - Gentiana pneumonanthe
These were the darkest blue flowers. 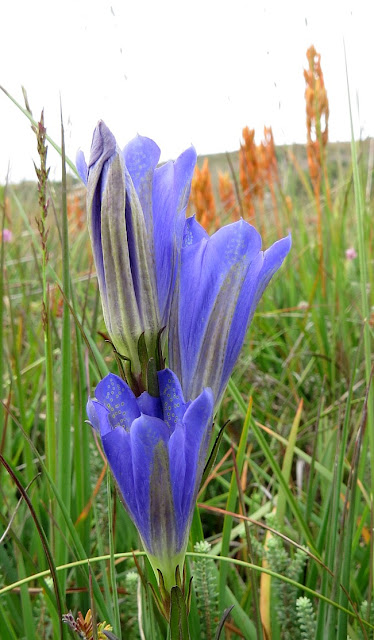 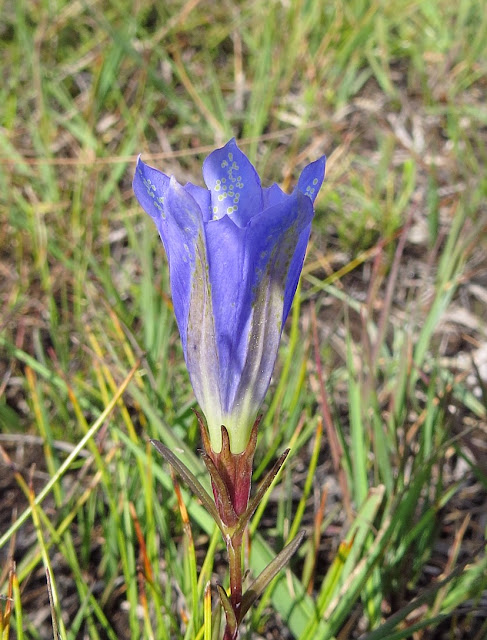 This (above) is the more common colour. 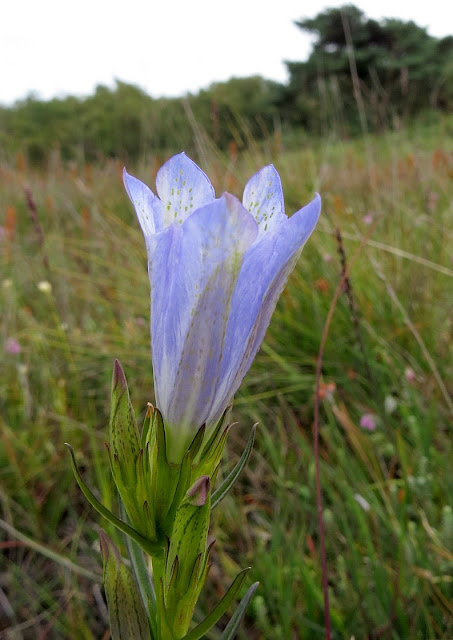 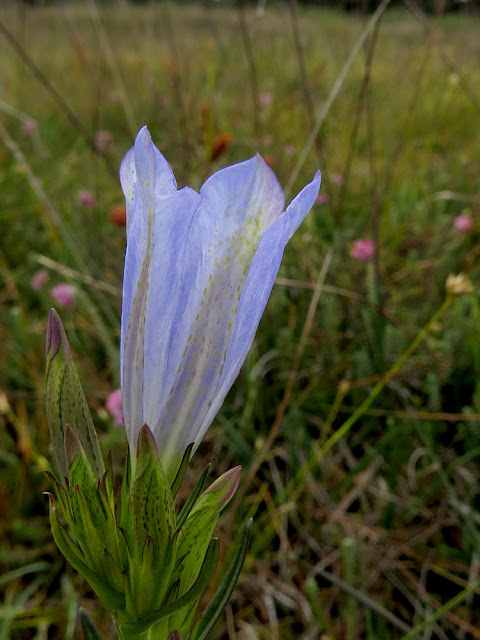 Many were much paler and often had a marbled appearance, which can be seen better in photos taken from above, looking down into the trumpet. It's very difficult to get a shot with the whole flower in focus but here are a couple of my better efforts which show the variation between individuals well. 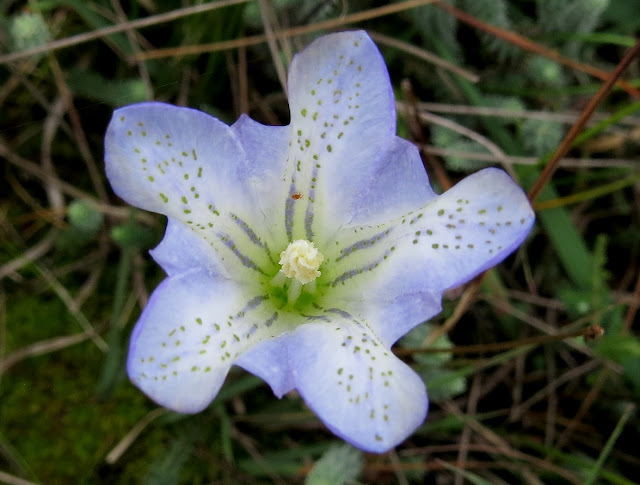 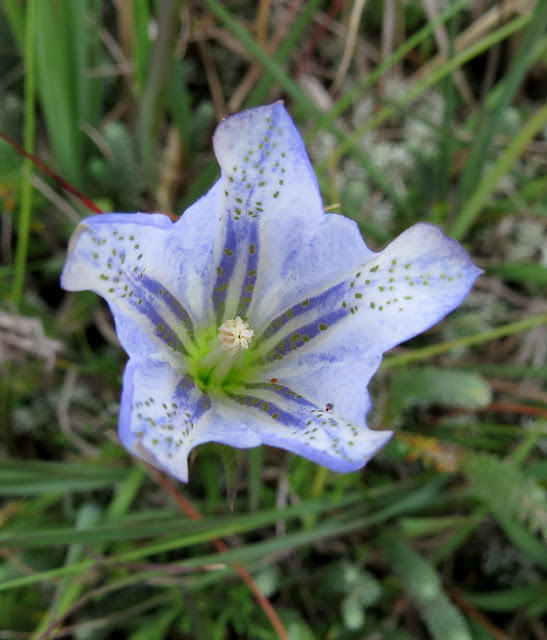 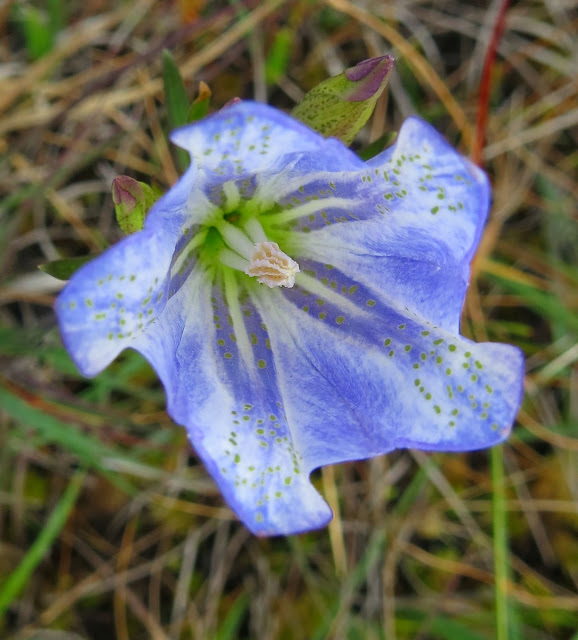 They never fail to amaze me. It's like they're painted! 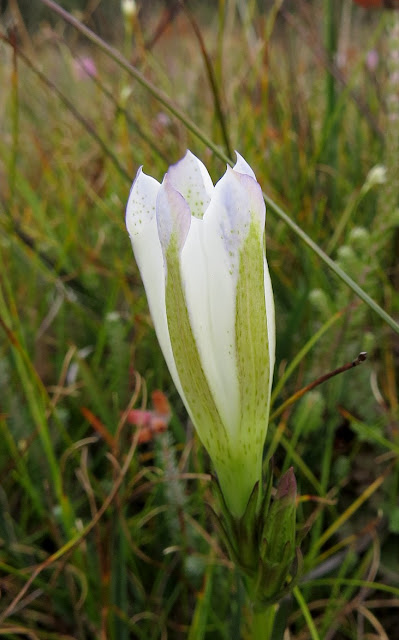 On our first visit this was the only (almost) white flower, tantalizingly close to being open! 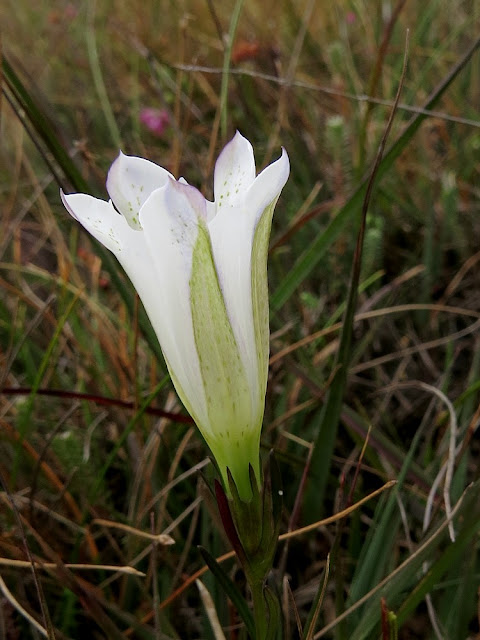 A couple of weeks later several were open.
Although not as showy as the 'normal' blue forms it is never the less very beautiful... 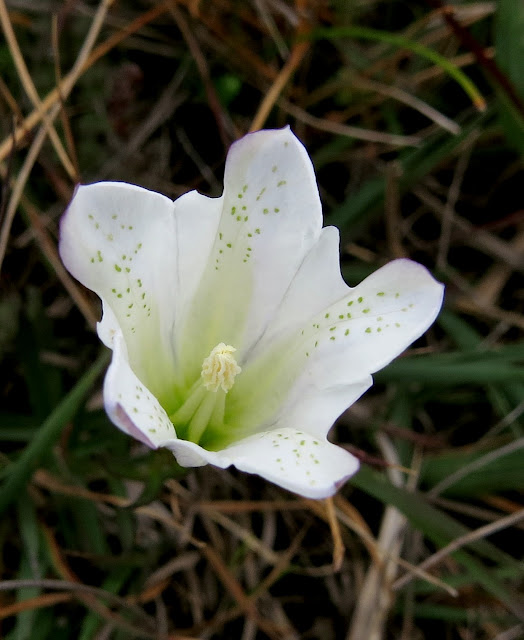