An Unusual Find and An Obliging Iceland Gull.

At lunchtime I took Rex for a walk along part of the River Coly in the Heathayne area of Colyton, it was really cold and I was having a thoroughly miserable time. That was until I noticed a lovely flock of Siskins in a large riverside alder tree. It was a BIG flock too, I estimated around 200 birds! They took my mind off the cold for a while anyway. :-) It was far too gloomy to digiscope or zoom in on them for a photo but I took one showing a few of them in the branches, I think there are about eighty in this shot, the tree was literally 'dripping' with them. 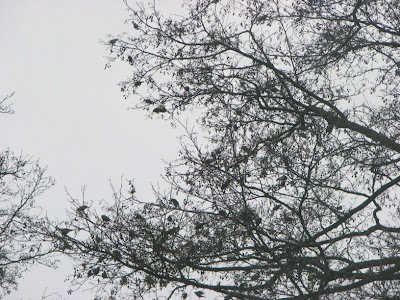 On the way home from Colyton I was driving down Cownhayne Lane when I spotted something very unusual. There's no way I would have spotted it if I wasn't a birder, because as usual I was naughtily paying a bit too much attention to the hedges and fields and not enough to the road. I'm glad this was the case though because this is what I spotted, I noticed the black and white and at first I thought it was going to be a Magpie, wrong! It was..... 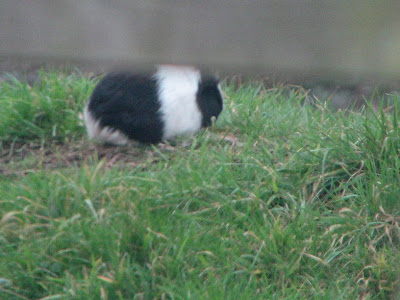 Poor soul! It was no weather for a guinea pig to be outside fending for itself. It was right next to a lay-by, but absolutely nowhere near any houses, which led me to the sad conclusion that it had been dumped here! I was thinking it surely couldn't have survived out last night, and it definitely wouldn't survive tonight's sub-zero temperatures. I decided to try and catch it but I knew it would be a little tricky to say the least. It immediately ran off underneath a thick hedge from where I attempted to extricate it, with little success. With hands scratched to bits by brambles and muddier than a wallowing hippo I decided it was going to be a two man job. I rushed home to get Martha and after another few minutes of scrauming around in the mud and a couple of strategic pokes with a stick (humanely of course!) it was rescued! :-) 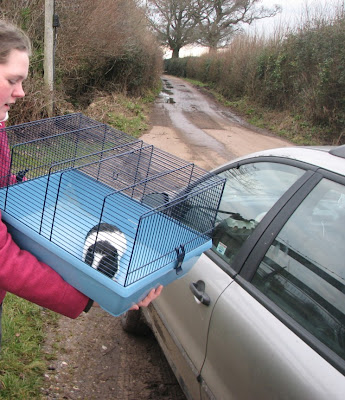 One VERY lucky Guinea Pig!
Hope it survives the night (it was pretty traumatized and a bit thin) :(

Because I was keen to get it back home into the warm I drove down the side of the estuary without looking at the gulls for the first time all week, almost missing the patch's fourth Iceland Gull! Fortunately Nick was looking at the gulls and shortly after I arrived home I got his text saying he had an Iceland Gull near the bridge. That's only a couple of hundred yards away from my house so I got in the car! It would have been almost as quick to have walked, it's just habit I guess. I really liked this gull as it did the decent thing and hung around for all to digiscope at will. Like this: 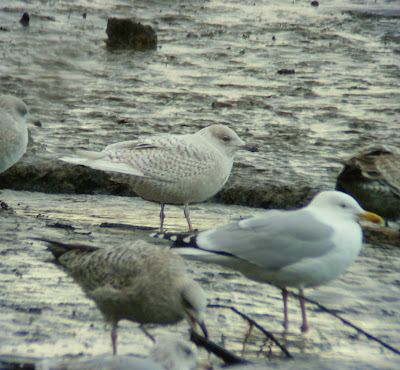 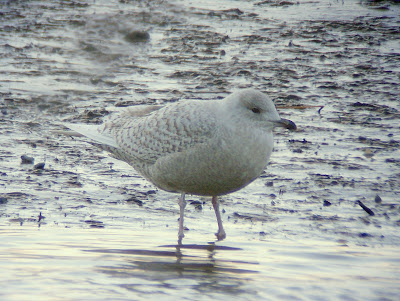 Posted by Karen Woolley at 8:27 pm