Ringing With a Twist

First port of call early this morning was Seaton Marshes, where we were going to be trying to catch and ring some ducks with the Abberton Traps. I say trying because as often as not we arrive, sit in the hide watching the ducks ignoring our bait for an hour or two and then go home. This morning we really needed to catch something though because a film crew were coming from the BBC, hoping to film duck ringing in progress for the program 'Inside Out'. They would also be filming at Black Hole Marsh, and taking a tram journey too. I hadn't any idea of which program was being filmed until I was there and the presenter arrived. It was Chris Packham!! (I think I may have uttered my trademark squeal, Steve!) He must be, without doubt, my favourite wildlife TV presenter. I was a HUGE fan of 'The Really Wild Show' back in the 1980s, (which is rather worrying considering that it was being aired when I was at University!). Chris was very friendly and a real pleasure to meet, as were the rest of the team. I'll tell you about the morning's events in my usual way via loads of photos: 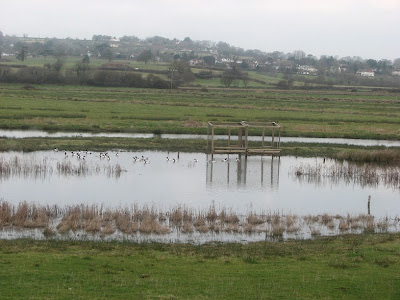 The Shelduck tease us by swimming around just outside the trap, flying off for a few minutes only to come back and mill around again,. If we waited long enough at least one was bound to be daft enough to take the plunge. 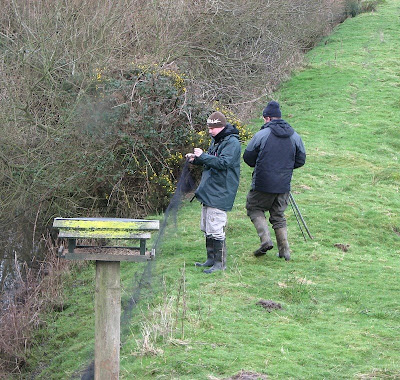 We began to worry that we wouldn't catch any Shelduck. So Neil and Steve set to work on plan B - 'Operation Blue Tit!' We actually caught a nice male Reed Bunting in this net. It was our first bird to be ringed this year.

The Reed Bunting didn't get to be a TV star though because finally a couple of Shelduck obliged. 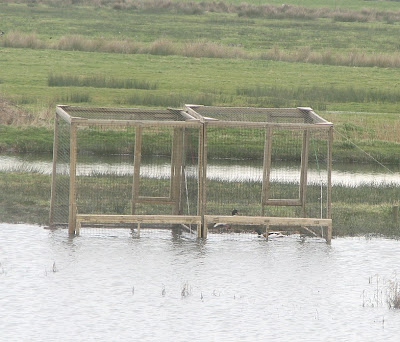 These two were both retraps, as are most of the Shelduck we catch. They still needed to be weighed and measured though, so TV stardom is on the horizon for one of them. 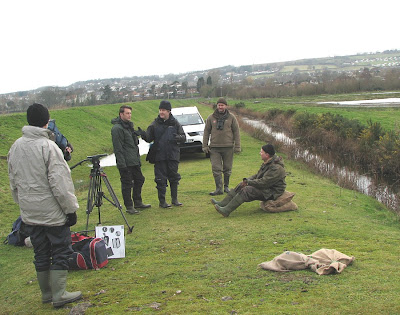 The 'small but perfectly formed' film crew arrive on the scene. The Shelduck aren't very impressed so far, you can guess where they are! 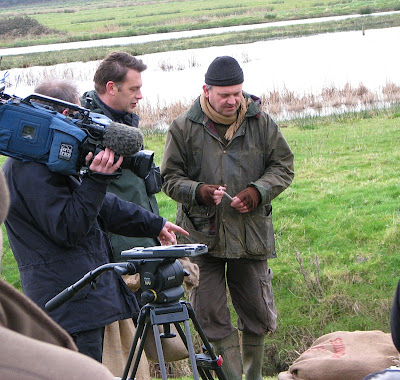 Discussing the plan of action 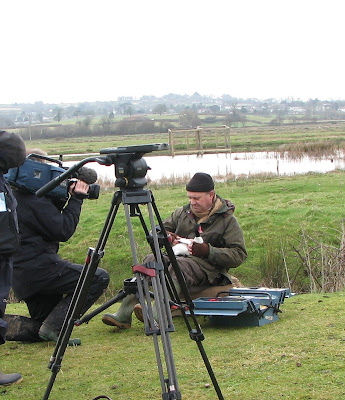 One female Shelduck gets in the limelight at last.

After the filming was complete the film crew kindly agreed to a group photo or two, here are two of them. They are much the same but I'm in one, (Fraser taking photo) and Fraser's in the other (me taking photo) and I don't want to leave him out, do I?. Although Steve was present earlier in the morning, he had to leave early and missed the photos again! 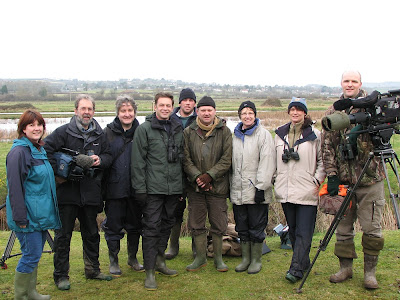 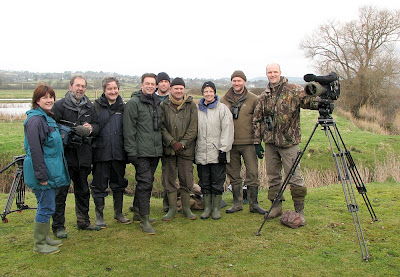 The crew moved on from here to the Tramway and Ann, Catherine and myself went along too because they needed extra bodies to act as birdwatchers on the tram. We had an interesting time and had great views of Black Hole Marsh, (which has now been re-flooded), from on board. 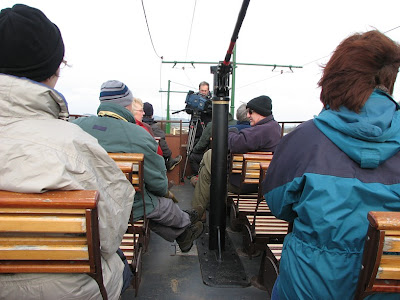 Apart from the three of us and the film crew, the rest of the 'birdwatchers' were tramway staff, including a couple of the drivers. It was mighty cold! 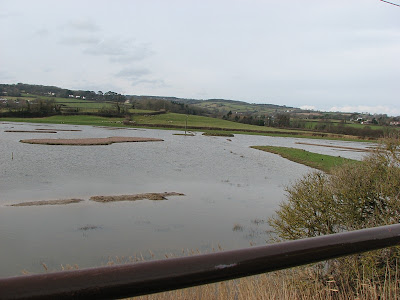 We had been told to meet the film crew at the tram depot, but we later found out that they were actually leaving from the Station in Seaton. We had to get on the tram at the depot, which meant walking through the tram sheds themselves, a rare treat for a tram enthusiast I shouldn't wonder! Shame I'm not one, but in case any are reading my blog. "Hey, cop a load of this!!" 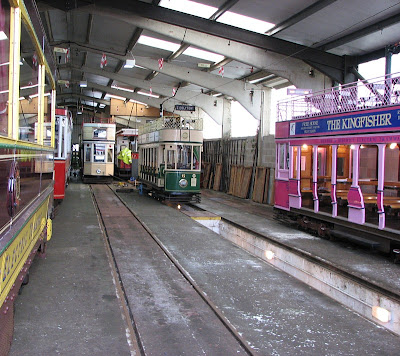 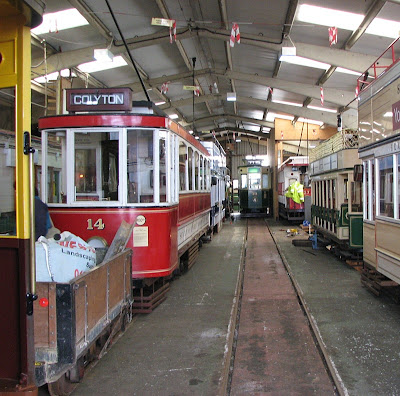 And more trams. A sneaky view of the seldom seen inside of the tram sheds. To most 'Backwater Birders' the words Tram Sheds only conjure up visions of a handy reference point for locating rare/scarce waders/gulls!

Posted by Karen Woolley at 8:58 pm