Not a lot going on on patch (for me at least) but we have had three new moths for the garden over the last couple of days and they were, in no particular order: 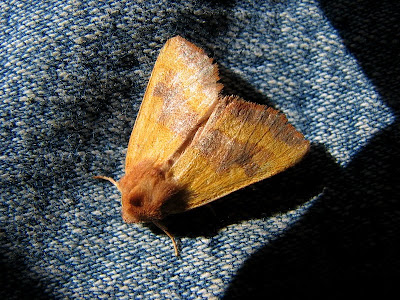 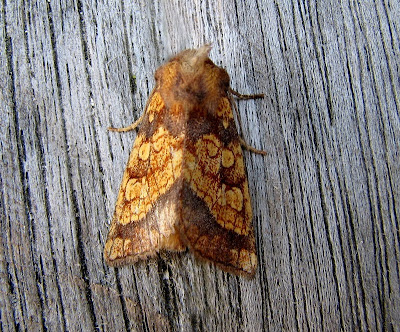 During a nice long walk on Axe Cliff late morning I saw these two caterpillars lying next to each other on the path. 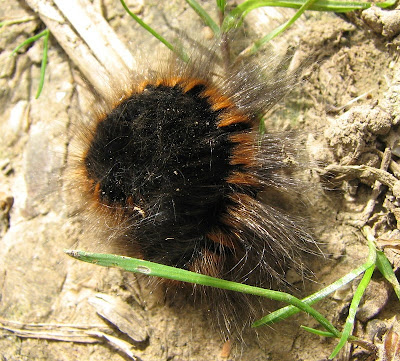 I've seen one of these before and know it's a Fox Moth caterpillar. 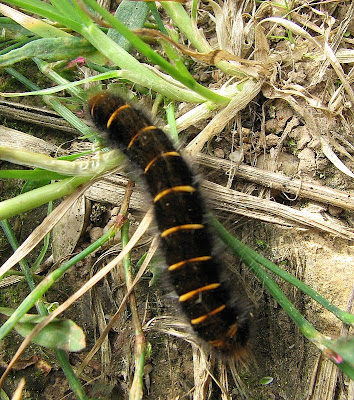 This one's rather smart but I've no idea what it is, it's not in my book.
Is it in yours!?

Posted by Karen Woolley at 7:11 pm

Have you tried this site to identify the caterpillar:
http://www.whatsthiscaterpillar.co.uk/

Thanks for commenting and for your suggestion, I appreciate it.

I did have a look at that website but couldn't find my mystery caterpillar on there. It looks like it's going to be a good site but it appears to be a 'work in progress' at the mo. I'll stick my photo on Birdforum shortly, should get an Id on there.