Glossy Ibis Do The Right Thing

I was still in bed when I got a call from Phil this morning telling me there were 6 Glossy Ibis on Black Hole Marsh. Once I realised I wasn't actually dreaming, I was up and out of the house in record time. I just threw on some clothes over my thermal jim jams. Yes, you read that right, thermal! Well it is September! I really didn't want to miss these, a much longed for lifer. After all I'd almost gone to Wales, and even Chew Valley Lake to twitch Glossy Ibis, now they'd done the decent thing and dropped by on patch instead. They were distant at first in the murky half light of the early morning, but so what? They were still a superb sight! After several minutes they flew off from Black Hole Marsh onto some flooded fields below the Farm Gate, where they showed beautifully for a couple of hours. They looked particularly pleasant when the first rays of the morning sun hit them, they actually looked vaguely glossy too. I only took a meagre 301 photos, (mainly due to having the camera on continuous shooting, so I end up with loads of virtually identical shots) 296 of them are 'on the cutting room floor' and five are on here thus: 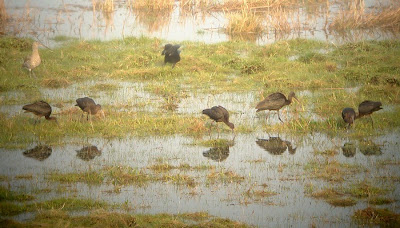 All six together,with onlooking Crow and Curlew.
The crows were giving them a bit of a hard time on occasion. 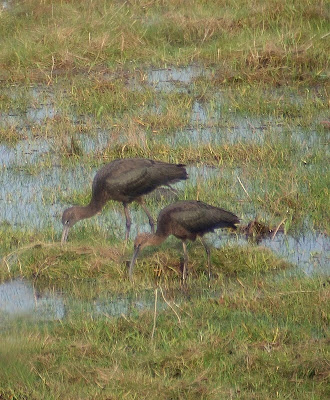 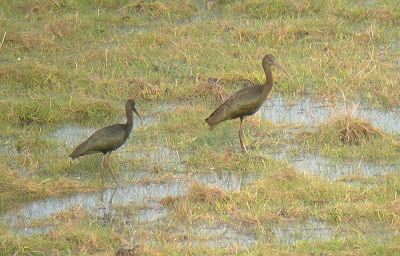 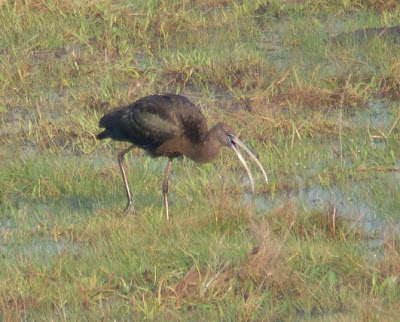 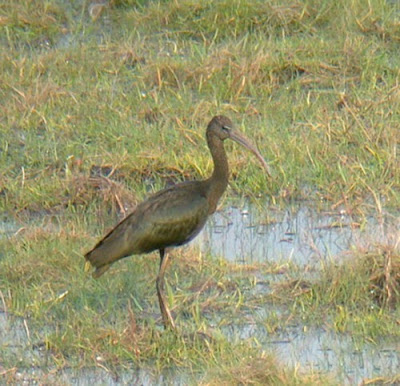 Thoroughly enjoyed them, much more than if I'd seen them off-patch I reckon. They really looked at home on Axmouth Marsh. I think they left us this afternoon though. Lots of birders came to see them during the morning whilst I was watching, I took a couple of snaps of some. 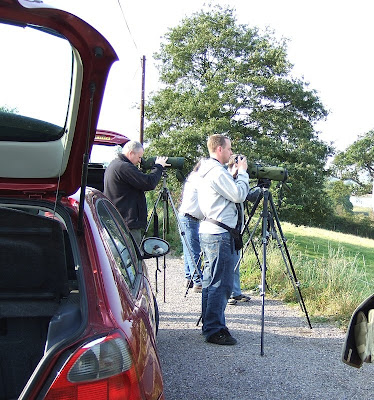 A somewhat overexposed Steve busy digiscoping,
with (parts of) three birders from Somerset in the background 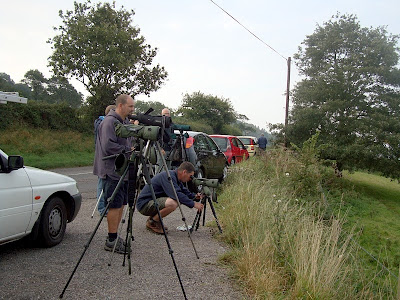 Some more local birders, ( well mainly, Doug from the Otter is just leaving in in background)
Others are John, Nick, Bun and Gav, who looks quite uncomfortable. Someone needs to tell him that his tripod has extending legs!!

I eventually managed to tear myself away from the Ibis, to take Rex for a walk. I chose Axe Cliff and was pleased to see this when I got up there. 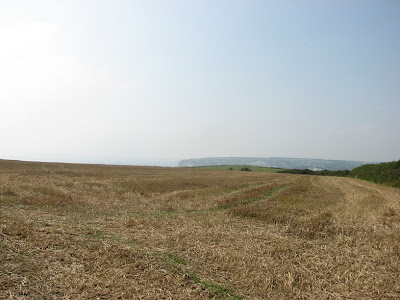 All the wheat has been harvested at last! There are now acres and acres of lovely stubble. Perhaps we'll see some good birds on it soon.

Highlight of my visit was flushing a Gropper from some long grass. The second I've flushed up here this Autumn. Also something rather unprecedented happened up here too. I felt warm!! Very warm in fact. The reason being I'd been too lazy to remove my thermals from underneath my jeans before I went. I had removed them before I got back!! No one was looking except this pair. 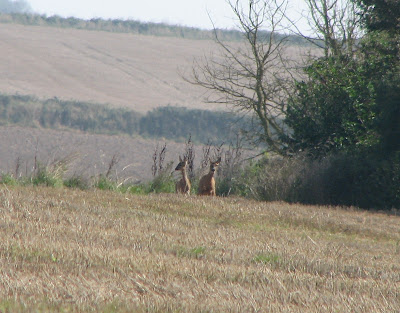 When I saw a large somewhat overweight Basset Hound running ( after a fashion) towards me I thought it would make a great photographic subject, just look at that tongue and those ears. Brilliant! 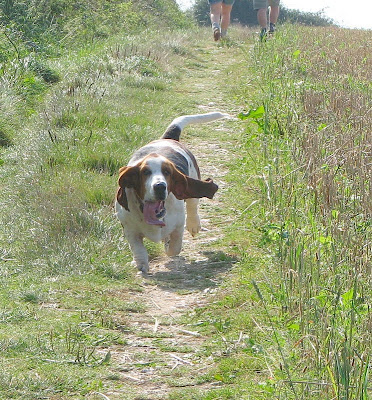 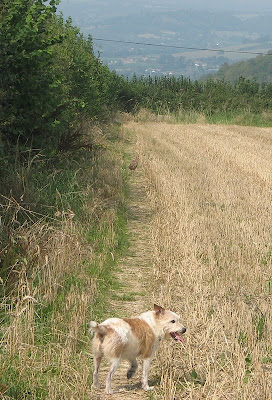 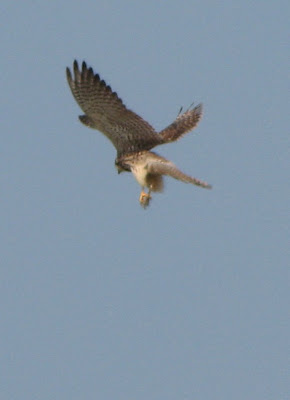 A rather naff snap of a Kestrel doing a spot of dangling.
Always amazes me. 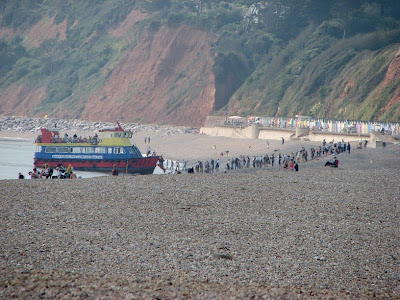 This last photo illustrates one of the uses of the Canon S3 super zoom. While I was on the beach I spotted a flock of birds, high up, coming in off. I hadn't got my bins and couldn't tell what they were. So I just pointed the camera at 'em, zoomed in, pressed the shutter, reviewed the image and hey presto! 23 Curlews. Could have been something better though! ;-) 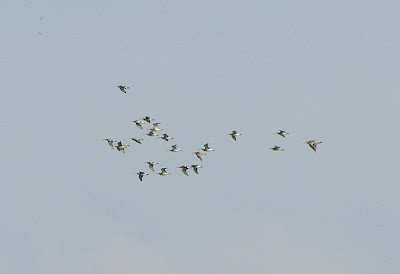 Posted by Karen Woolley at 9:20 pm

Actually I was perfectly comfortable, thanks to the continuing ability to fold - mainly because I hadn't eaten breakfast yet :o)