Late morning I heard news of a Pectoral Sandpiper on Black Hole Marsh, which Steve had found. I was late getting the news due to phone reception problems. I popped down there after lunch and soon saw it in amongst a flock of Dunlin and Ringed Plovers. Doug and Ray from the Otter were already there when I arrived and Dave and Brian from even further west arrived a little later. They had been on there way to the Tufted Puffin (!!!) in Kent but had abandoned the idea after negative news came through. We enjoyed good but distant views, the wind was very strong, the heat haze quite severe and hence the digiscoping near impossible. Predictably Brian, Dave and myself spent a good while trying to get a shot or two anyhow. I got a few recognisable ones, if a bit distant. Perhaps it will come closer to the cameras at some stage, perhaps later in the evening, we'll soon find out I suppose ;-) Anyway here's my effort at a few photos of my third Pec Sand on patch. 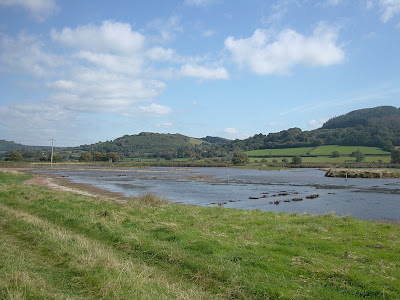 Black Hole Marsh looking fantastic.
The Pec Sand was way over in the far left hand corner, but did come a bit closer eventually. 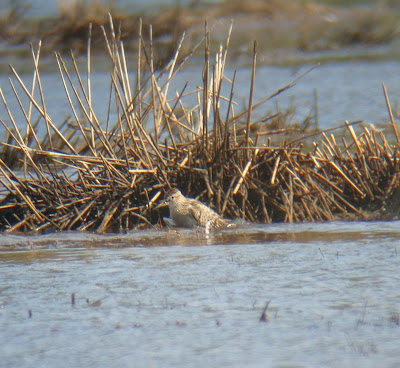 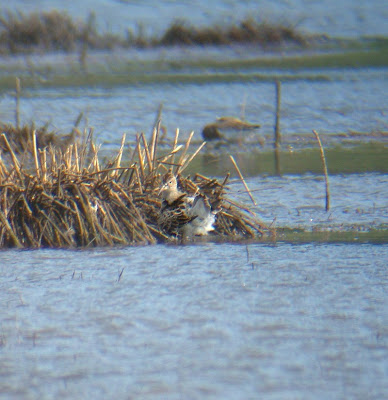 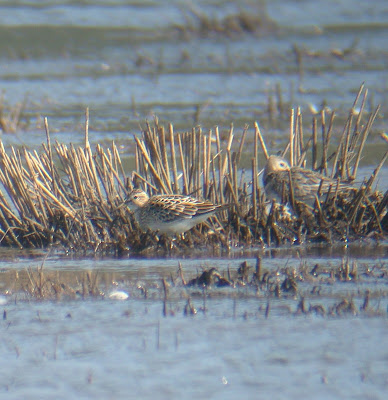 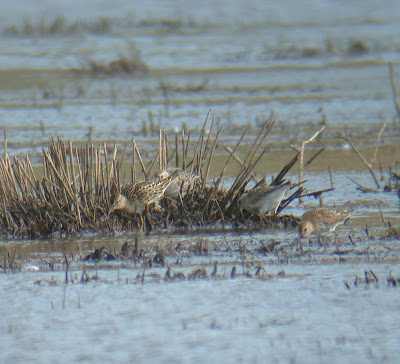 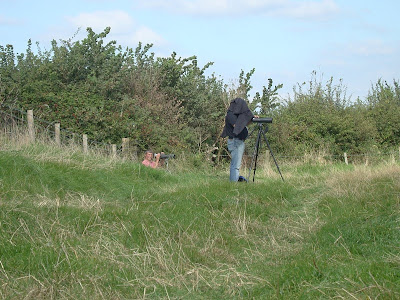 I found out what my mystery caterpillar was, rather disappointingly just another Fox Moth! It's just an earlier instar, looks much better than the final instar in my opinion. Oh, and thanks to Harri from Finland for the quick response on Birdforum ( not that he'd be reading this).
While I was halfway through writing this I heard from Bun that the bat, which roosts periodically in his bathroom, on the shower-head, was 'showing well' really early for it too. I've missed seeing it countless times so rushed round there. I was in luck this time and got a couple of photos and a bit of video too. It's a Lesser Horseshoe Bat, a species who's stronghold is in the Southwest, but is rare nationally so I feel very privileged to have seen it:-) 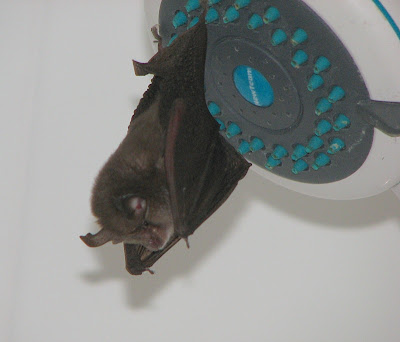 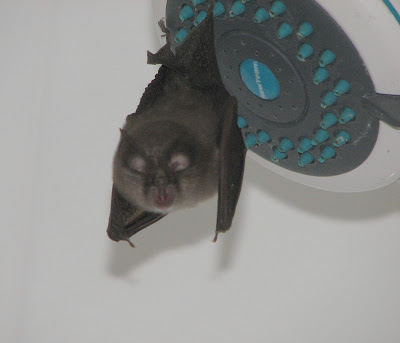 Posted by Karen Woolley at 8:36 pm

Awww I love the Bat video, he's so cute as he was twitching his head.

Nat and Baileys the Goldie said...

That bat is amazing!
Nat