New Moths and a Conehead

While Bun was staying on Portland last week I set up the moth trap at my house a few times and on each occasion caught absolutely zip. Total waste of time. Now the trap's back at Bun's we're getting a few moths each night, only a couple of dozen or so but we've had four new species. Nothing too exciting (or exiting at all even). Here they are in all there colourful, hairy, mothy glory! :-) 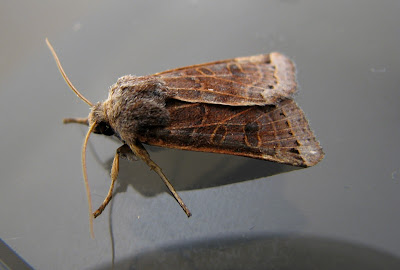 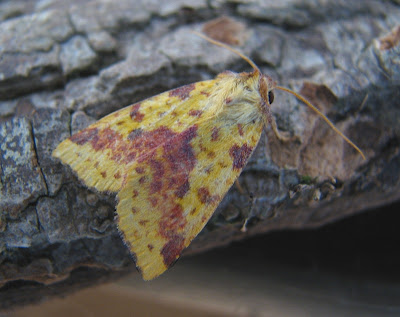 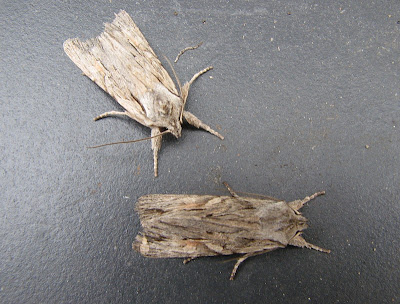 A couple of Blair's Shoulder Knot 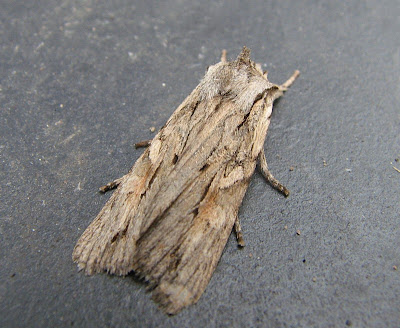 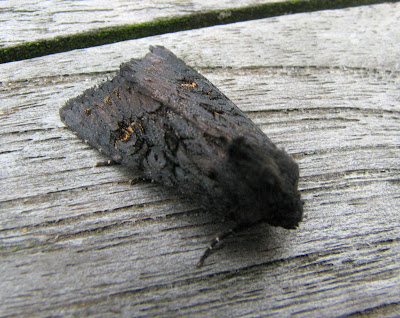 ...This. A Black Rustic.
A stunning moth close up, like black velvet.

Here's a photo I took yesterday, it's a bit, (well quite a lot) sad though. Rex was excitedly rummaging around in the undergrowth and when I went over to see what he was up to I spotted this Wood Mouse, , it couldn't move very quickly, fortunately Rex could smell it but not actually see it. Mind you if he'd killed it it wouldn't have been so bad because it was obviously dying anyway. These wee little mites only live for about eighteen months. IF they're not eaten by an owl, cat etc. 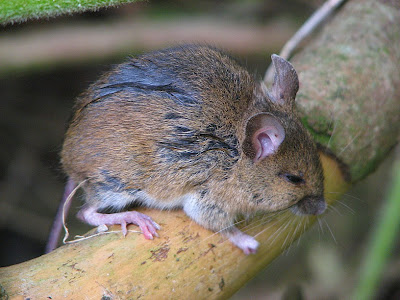 Poor Soul
What about the Conehead mentioned in the post's title? Well it wasn't a Short or Long-winged Conehead. Sorry Grasshopper fans. It was this: 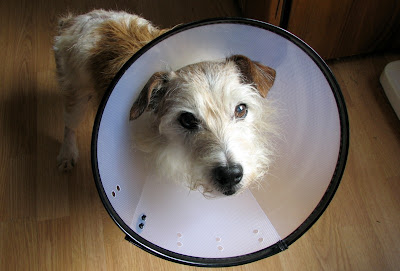 He's been warned but he just woudn't stop biting at a lesion on his back, so drastic action was called for. He's not very impressed mainly because he keeps walking into things not realising his head's now three times the width!!
Posted by Karen Woolley at 9:35 pm

Poor conehead! But it could be worse -- for lack of a cone, our friends' dog had to be fitted with bucket and became "bucket-head". Great moths shots.