I've Been At It Again!

At precisely 8:00 am this morning Bun was doing a very good job of reading my mind and a text duely arrived, it said something like " if your tempted to twitch the Penduline Tit, give me a shout" I was VERY tempted and an hour and a half later we were on our way. There had been no news of the bird which was last seen yesterday at 'Clennon Valley Lakes' (teeny-weeny ponds more like) in Paington. When we arrived we could immediately see cameras and scopes in action and so knew the bird was still there. I lifted my bins casually and amazingly it was there in them straight away! What a grand little chap he was, I went all 'weak at the knees' and was allegedly heard to rashly utter the words "best bird ever" (these are words I'll probably be uttering a few times next week when in Norfolk with Steve and Bun, my first birding trip there) possibly true, but if not, he's definitely there in the top ten. Steve asked me this evening to qualify my remark, it's difficult but it was possibly a combination of the muted and subtle but at the same time bold colouring, combined with the acrobatics and generally un-skulking demeanor. Well, let's just say he had a 'certain something' if you know what I mean. Anyway here he is, a bit blurrier than in reality of course. 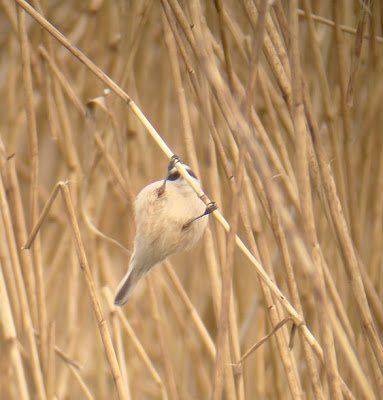 Due to it's constant acrobatics most of my pictures looked like this. 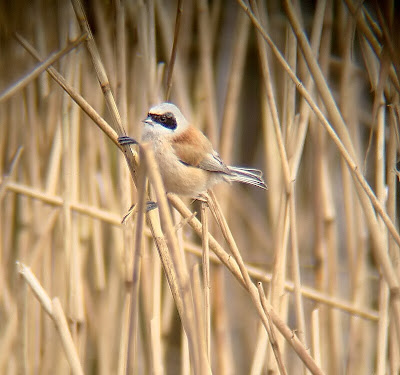 Here's one the right way up. 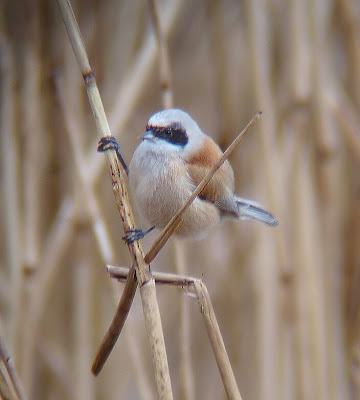 'Best bird ever'? Defimitly a contender :-)

On patch today all I've done is have a q1uick look up the estuary from the house this afternoon, notable birds were the Spoonbill still ( I wonder if it's our longest stayer yet?) and the drake Tufted Duck
Posted by Karen Woolley at 8:47 pm

What a cracker! Nice pics. :o)

You're getting it bad, and when you find yourself checking out pager deals, well......