Just a quiet day today, I've got a nasty virus coming on so haven't been out much. Rex needed his walk though, so as the weather was fine I took him to Axe Cliff. Steve was just leaving as I arrived, he'd been up there early for the vis mig. There were a few bits and bobs still going over during my brief visit, most notably Skylarks, I counted well over fifty. Also very obvious were several Reed Buntings, I counted at least six of these. Here are two of them: 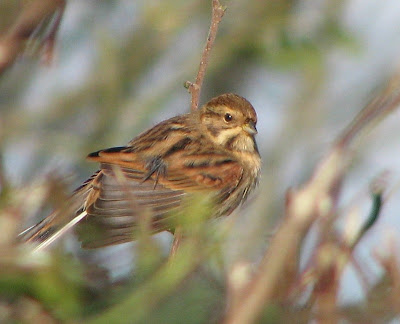 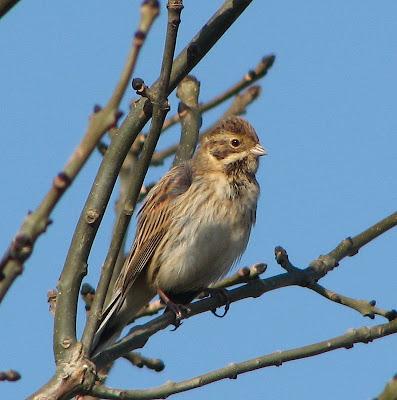 This afternoon I went to Seaton Marshes to collect a sample of finest Borrow Pit water to take home and study under my microscope. An enjoyable pastime made more so by the fact that I can indulge in it whilst drinking tea, scoffing chocolate and wearing my dressing gown. (Studying pond water under the microscope that is, not collecting it from the Borrow Pit!) I haven't looked at it yet but, the kettle's on, so more thrilling micro-digiscoped images coming soon!! 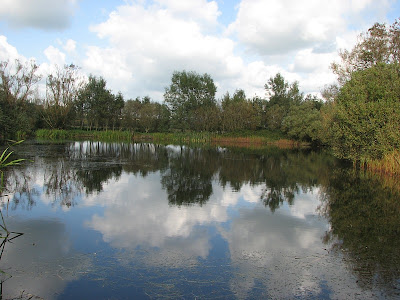 The Borrow Pit
It was very pleasant in the autumn sunshine and there were a few Chiifchaffs and a very vocal Cetti's Warbler in the surrounding scrub. My attention was drawn to the water as a fairly substantial wake appeared and moved along the surface with nothing in front of it. What was causing it? I wondered. I took a closer look through my bins, it was a large Grass Snake, the first time I've ever seen one swimming. There were loads of Migrant Hawkers, I counted at least twelve and they all looked exactly like this: 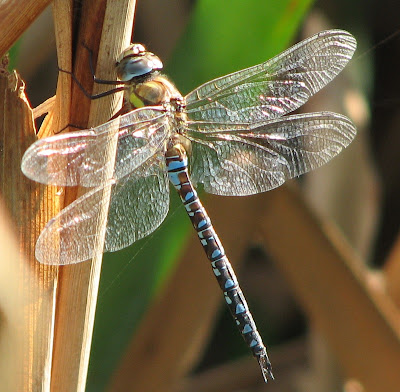 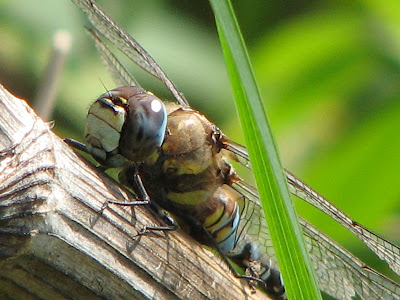 Posted by Karen Woolley at 6:12 pm

Greetings from Kansas, USA. I wast just wandering around in bloggerland and came across your blog. What lovely photographs you take. You live in such a beautiful area. I enjoy seeing photos from other regions. Have a great day,
Tess

Thanks for the kind words Tess. I'm glad you like my photos. I certainly enjoy living here! :)