At just after first light this morning I picked up Bun and Phil and we set off for the Somerset village of Norton Sub Hamdon to see the Hawfinches which have been hanging around in the vicinity of the churchyard and rectory for a couple of days. Had we arrived about twenty minutes earlier than we did we would have seen all fifteen of them in one tree. We did see some more or less straight away though sitting high in some poplars, the tallest trees there obviously! After a while they dispersed and we got occasional views of the odd one or two either in the treetops, in flight or else feeding on yew berries. While in the yew trees they were much closer to us, which was good, but exceedingly difficult to spot, which wasn't! Luckily Phil managed to spot one right near the top of one of the yew trees and it eventually popped out into the open briefly allowing for a photo or two. The light was appalling though, something I reckon I'm just going to have to get used to... or move abroad. All in all though a great morning's birding, with some great scope views of this stunning species. We also met a very helpful local birder who 'confessed' to being a reader of this blog, which was nice! 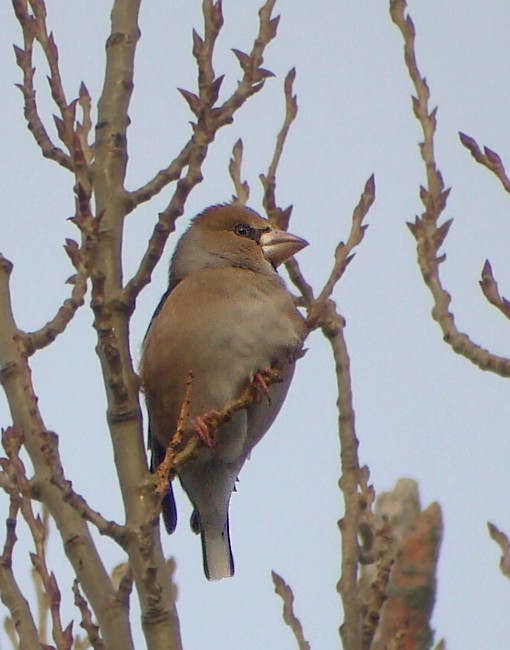 Hawfinch in treetops
brought to you by the powers of digiscoping 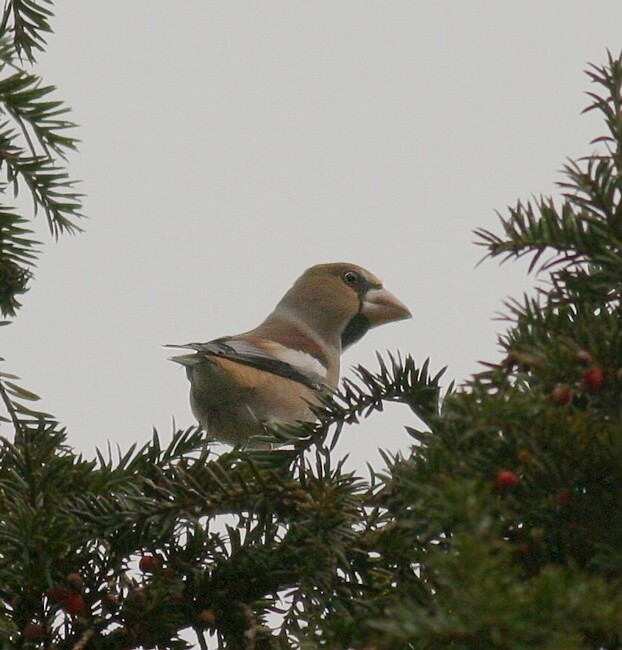 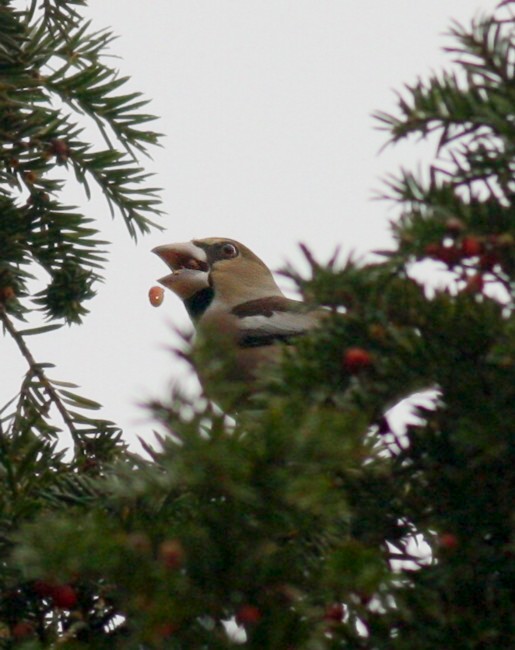 And on the garden this afternoon, a not very exciting but necessary addition to my photo patch yearlist... 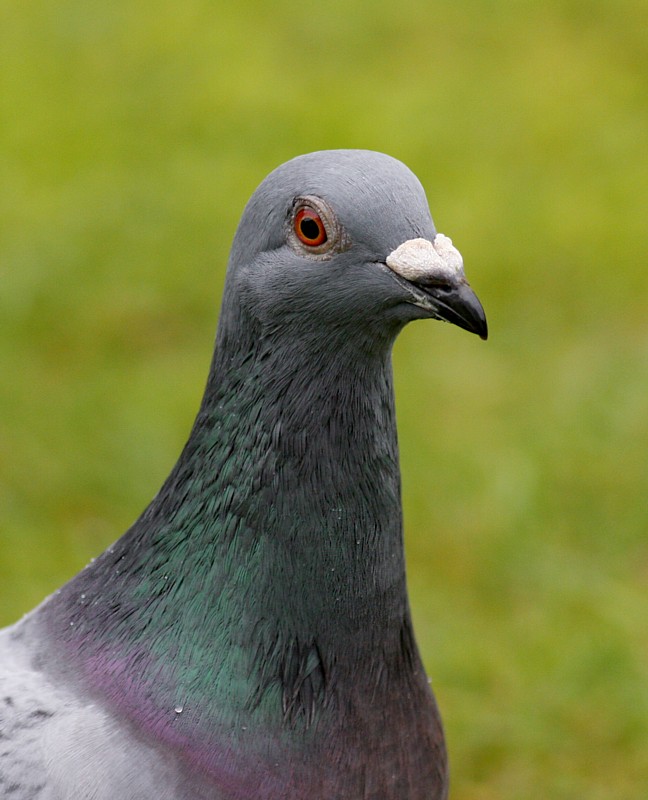 No8. Feral Pigeon
Posted by Karen Woolley at 4:11 pm

Well done Karen,great captures,lucky you.
Looks like they gave a good showing.
John.