I had a very unexpected garden visitor this morning in the shape of a tristis type Chiffchaff, which I spotted whilst on the way to the car. I took Rex for a walk along the River Coly before the post Christmas dinner rush began.It was still pretty busy though!(the pre-Christmas dinner rush no doubt). The floods a week last Saturday had taken their toll on the quality Environment Agency bank stabilization. I only took some photos a couple of weeks ago, if you remember them.Today it was much worse: 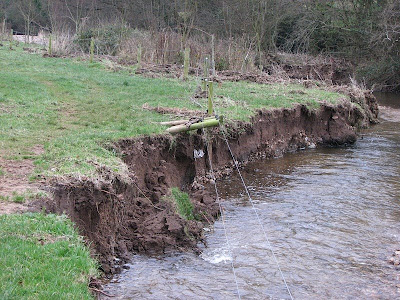 There were hundreds of Redwings and Fieldfares in the trees and a nice highlight was a feeding flock of around 40 Siskins in the riverside alders, the first I've seen here this winter.

On the way to Colyton I bumped into Gav at Colyton WWTW and he mentioned that he'd seen a Black Redstart at the AYC earlier in the morning, I hadn't seen it yet but when I got home I soon found it on next door's front garden. It was visible on their roof on and off all day. 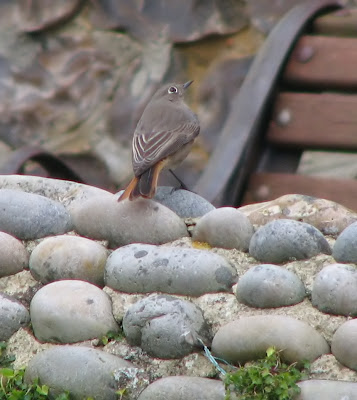 Yet another Black Redstart 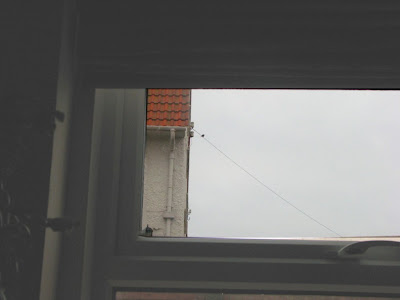 Here's a typical view of a Black Redstart from my kitchen window.


I stopped by at Bridge Marsh and saw the Brent Goose and also the Ruff which Gav had found this morning. There were also (well I counted) 52 Black-tailed Godwits here.


Bad points of the day were, breaking a tooth (dentists not open 'til New Year either I suspect) and falling down the stairs!! I'm OK, just a little bruised. I was carrying the cat at the time, he's non too pleased either!!

More falling?!! Quite why you would ever venture close to the edge of a cliff I cannot fathom! Hope you mend soon! :-)

Perhaps a touch of derring-do!? Or more likely stupidity :-)