An early start for me this morning, out on Seaton Marshes for 7:00 AM where the Axe Estuary Ringing Group and our friends from Slimbridge were cannon netting for the final time this year. The catch was reasonably small today with most of the waterfowl seemingly not interested in the bait this morning. The nets were fired just prior to dawn again hoping to avoid catching too many Crows. Total birds caught numbered 46 with 19 of them being re-traps. They consisted of 24 Shelduck, 10 Mallard, 5 Wigeon, 1 Teal, 5 Carrion Crow, and a Moorhen.

I had a real treat getting to ring my first Crows. They're a teensy bit vicious and drew blood on a couple of occasions!! As soon as I got the first one out of the bag it tried to take a piece out of my finger and also had a go at clawing through my trousers. I was so perturbed by this I took a photo! Naturally due to the slight discomfort it turned out a little on the out of focus side, like so: 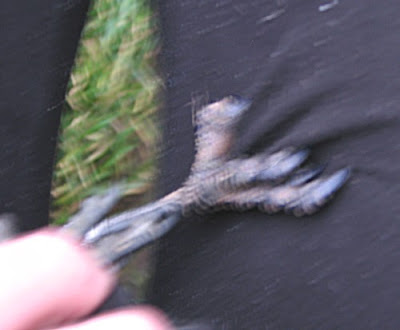 The 'black bird of death' attacks my innocent defenseless leg, good job I was wearing my trusty 'claw-proof thermals' today!

Pete assured me that a good way to stop them ripping chunks out of your fingers is to pop their head under your jumper while you put the ring on them. I undid my coat and stuck the birds head beneath my fleece, only to hear him say "Well, I'd usually put the head between my coat and jumper". I wasn't worried, I was wearing my peck-proof thermal vest too!

I also got to ring a Moorhen and best of all a drake Teal, a real little cracker!

Here's some photos of the mornings activity: 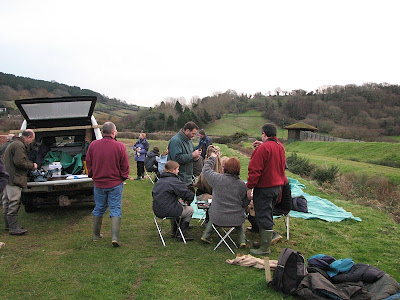 Some of the team at work 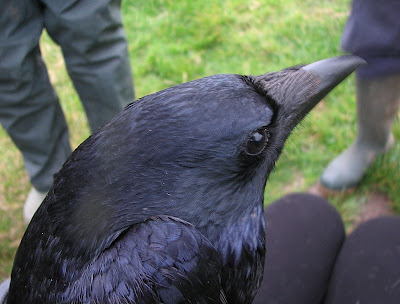 The friendly crow caught in a rare moment without my finger in his beak. 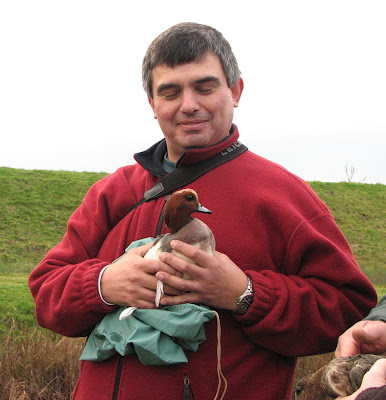 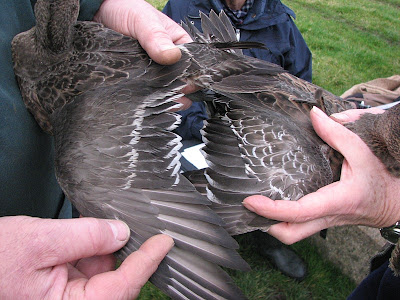 An educational one: Two female Wigeon, the one on the right showing white feather edges on the coverts is an adult the other one a youngster. 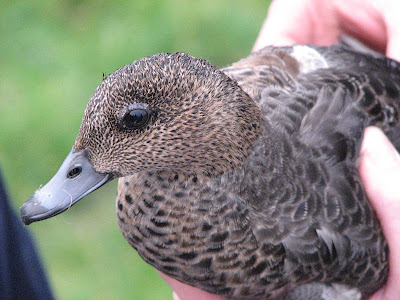 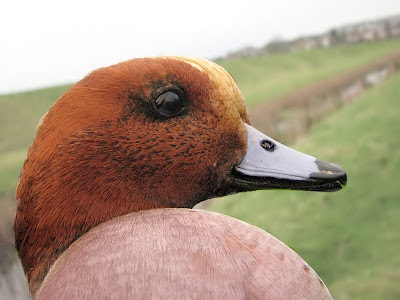 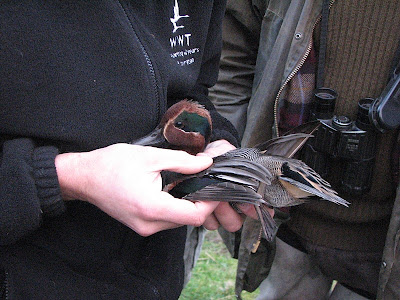 The morning's 'star bird' being aged as an adult.... 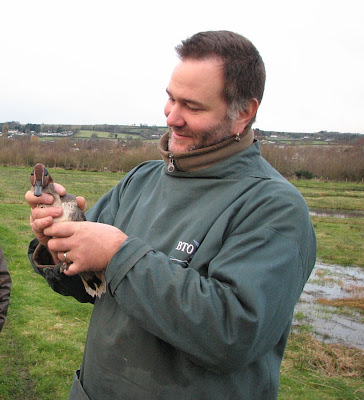 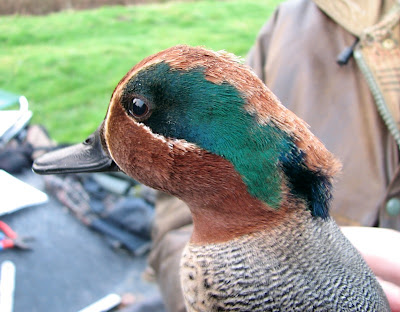 ....and finally in glorious technicolor close-up. 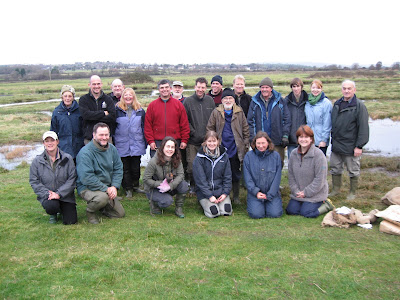 Mike's photo of the 'happy team'. There were 21 of us today!

After the ringing I had to go to Lyme Regis on an errand and couldn't resist having a little peek at the Purple Sandpipers. I could see eight on the rock armour behind The Cobb and here are two of them: 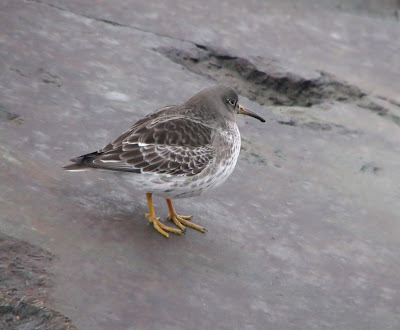 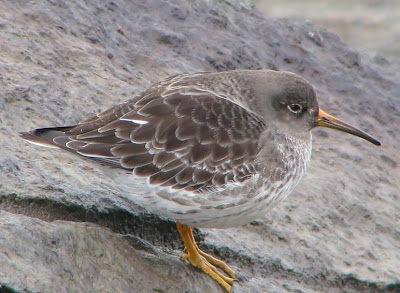 This afternoon I had a quick look at the Pale-bellied Brent Goose which has been on Bridge Marsh since yesterday. I took a few snaps but they were really naff, so I'm not publishing them.There's a first time for everything! ;-)

Finally I spent a while with Gav at Coronation Corner looking through the thousands of Gulls along the river, three Mediterranean Gulls were all we could pick out (for we read Gav). I was ever so slightly tempted to rush home and scope them from the bedroom window and thereby get one on my house list. I decided it can wait though coz it's almost inevitable I'll see one soon. Talking of house list I've been living in my present house for exactly a year and a day and my house list stands at 91.
Posted by Karen Woolley at 7:57 pm