White-throated Sparrow Is a Smart Bird

After my week of lie-ins I was easily able to get up at not much after three this morning ready to be picked up at 4.00AM by Phil and Bun for yet more twitching! This time the bird (a White-throated Sparrow) has been present for around four months already so we were quietly confident. We arrived at just after 6:00 AM and were disappointed to see that on site it was very misty and a bit drizzly at times too. There were already about ten or so birders checking out the bushes around the carpark. After last Monday's twitching disaster I decided to stick nice and close to Bun this time, a tactic which immediately paid off because he soon spotted the bird perched up in a small hawthorn tree. We got really good views and were surprised when it started to sing too! It moved around in some open bushes for a while before retreating deep into a large thicket right next to the car park. It stayed here, often skulking, for the next couple of hours. Fortunately it kept singing on and off, making locating it in the dense vegetation a bit easier. More and more birders kept arriving and getting a good scope view became increasingly difficult due to a spot of congestion. I had been able to get a couple of photos earlier though, when Bun first spotted it, although the half light and mist called for a very high ISO setting, making them suitably dark, blurred and grainy. But hey! They are of a White-Throated Sparrow, so who cares! I also got a very, very wobbly, short video clip but in its defense you can hear the bird singing in it. A fantastic bird! Really enjoyed it. A big thankyou to Phil for putting up with my quality map reading skills, I'll bring my glasses next time! :-)

OK, OK I'll stop waffling. Here are some photos of the days events: 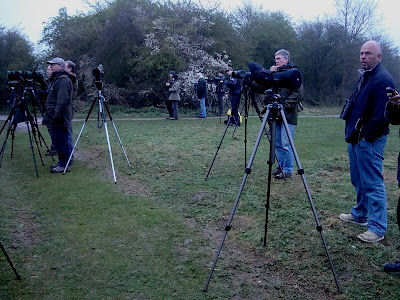 The dozen or so early arrivals, note how dark it still was. 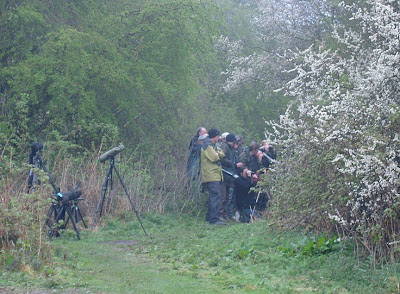 Can you guess where the bird is? 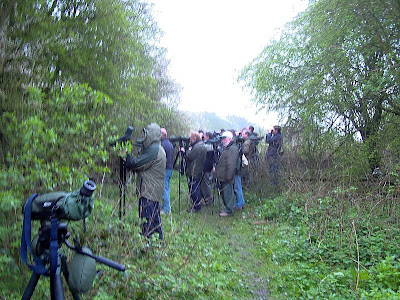 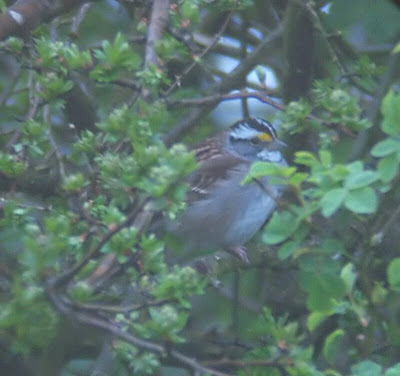 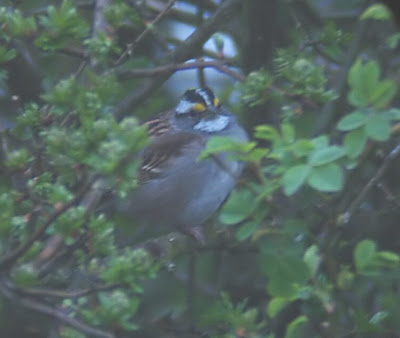 On the way home we stopped on Salisbury Plain to look for Stone Curlews, but there's quite a lot of it to cover. Here's a view of a fraction of it. 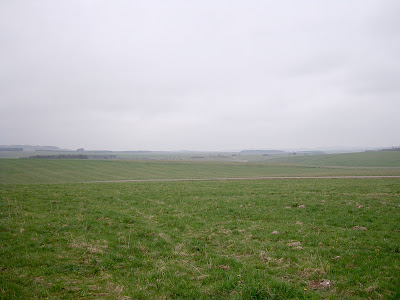 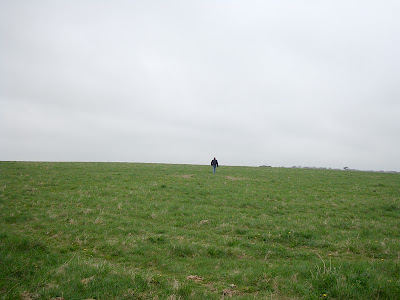 Phil disappears over the horizon on his Stone Curlew quest.
We dipped them though. 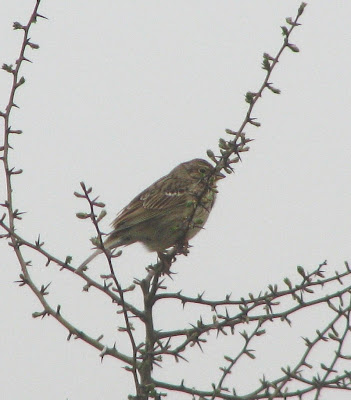 I was very happy to get my best ever views of Corn Buntings. This is the first photo I've got of one. Something to improve on I think, some sun might have helped. 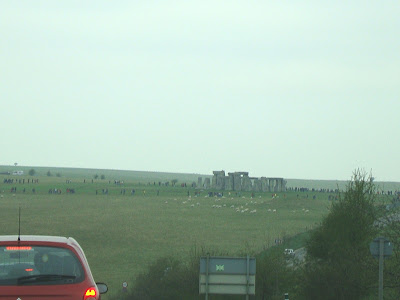 Passing Stonehenge we got stuck in a jam due to an accident ahead. I took this photo of the hoards of people (there must have been several hundred, they're all the little black specks you can see) who had happily paid to go and walk around the monument at the 'permitted distance' when you can see just as much from the road. Now that you can't get right up to it, what's the point? And they laugh at twitchers! Incidentally, I'm an archaeologist and it does very little for me! 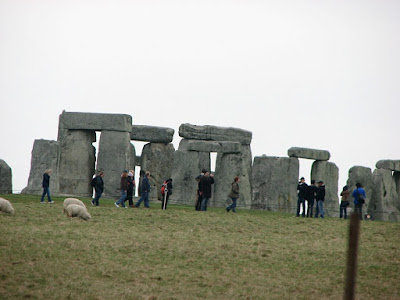 He's a closer view, again from the car, hence free!
Now here's something WELL WORTH LOOKING AT. My little video, turn the sound up to hear the Sparrow singing...Superb!! I like twitching again :-)

Posted by Karen Woolley at 8:38 pm

You know really gets to me about this Sparrow, it could have been anywhere, why not my local patch..mmmmmm