Just a little assortment of bits and bobs today. I took the dog for a long walk on Axe Cliff late morning after a much needed lie-in. There wasn't much birdy action afoot though, a few Willow Warblers and Chiffchaffs in the blackthorn on the undercliff, a pair of Stonechats and plenty of Blackcaps singing, and that was it really. I got this quirky shot of a Chiffchaff (I think) just launching from a blackthorn bush. 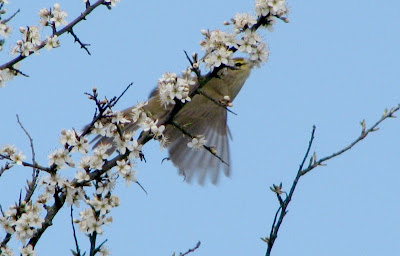 I like the way its claws are visible behind the wing, not a lot else is though!

I popped back to Umborne today too, because I just had to show you Umborne Village Hall. As I mentioned on Thursday it must be one of the 'finest village halls in all the land'. Here's a photo of it in all its sybaritic lavishness! 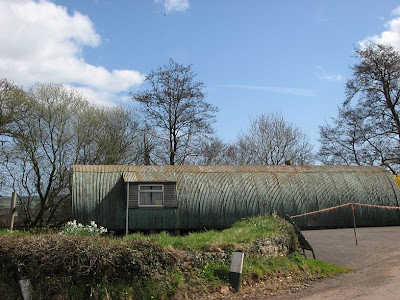 The window's a bit of an extravagance in my view!

Later at Coronation Corner I caught up with the Black-tailed Godwit flock, there were 48 of them today and they were nice and close on the near side of the river. I was able to take photos of three of the four birds the AERG colour ringed on Monday evening and here they are: 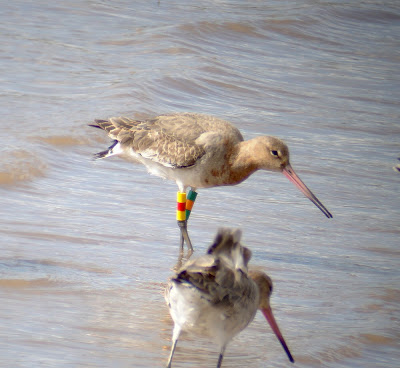 It's GOG (green/orange/green) the bird I fitted the colour rings on. 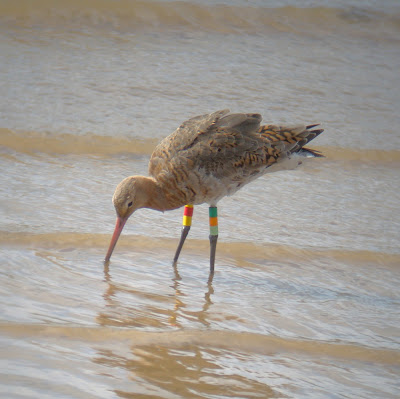 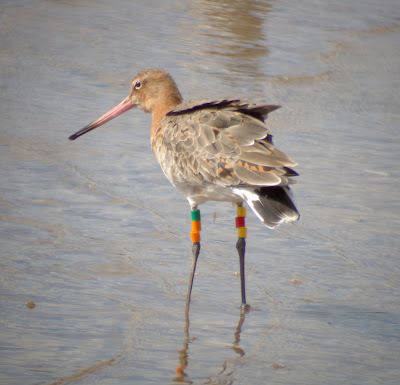 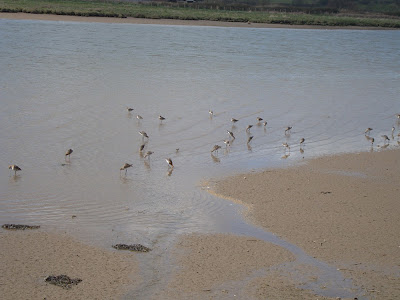 This photo shows how close the birds were, (no zoom at all) about two thirds of them are visible here. Can you see the odd one out? 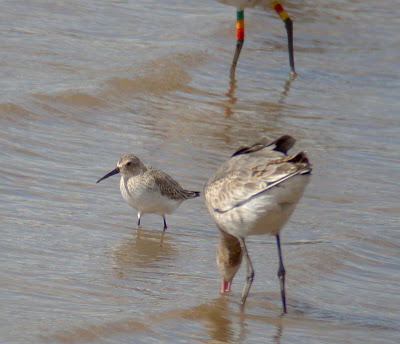 Ooooh! A Dunlin! We might get two or even three soon!!
In the background you can see the legs of GOR the Godwit ringed in October.

Sorry Steve your bird was nowhere to be seen, it looks like GOY has GON! :-(
Posted by Karen Woolley at 8:57 pm