Not So 'Great' Spotted Cuckoo

Early yesterday morning Nick, Bun and myself (rather optimistically, considering the weather forecast) set off to Cornwall hoping to see the Great Spotted Cuckoo, which had been 'showing well' (aren't they always when your fortunate enough to be looking at them) on Saturday. I'm pleased to say ( I am really, she says through gritted teeth) that we had a degree of success....

Here's a quick summery of the day with photos, non of which are of a Great Spotted Cuckoo I'm afraid.

On arriving at the National Trust car park at Chapel Carn Brea, our spirits were immediately lowered by the scene outside the car. 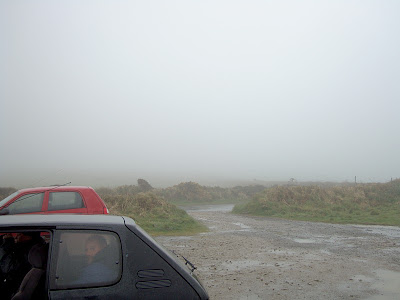 On the opposite side of the road is Bartinney Down where the Cuckoo has been regularly seen. As you can see at this point in the day, Bartinney Down wasn't showing very well let alone the bird! We sat in the car waiting for the weather to improve for over THREE HOURS! You can see Bun sitting in the back of the car, doesn't he looked thrilled? We assumed the little red car belonged to birders, who if they were out there somewhere, were either hardier and more determined than us or just plain bonkers! 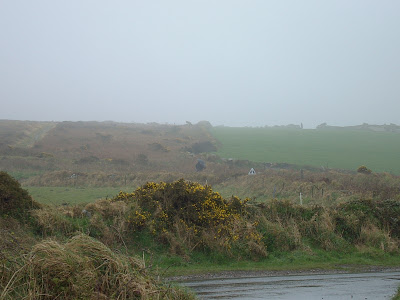 As the mist began to lift, Bartinney Down came into view as did the two intrepid birders from the red car, they are just to the left of the warning sign. If you can't see them here's a closer view. 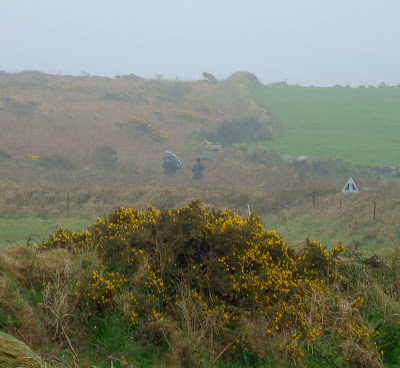 Two very determined birders (they were all the way from Wales it turned out) search for the GSC in the torrential rain complete with brollies! Whilst the 'Backwater Wimps' sit it out in the car. The carpark surroundings were very picturesque though, especially the lovely fridge pile. 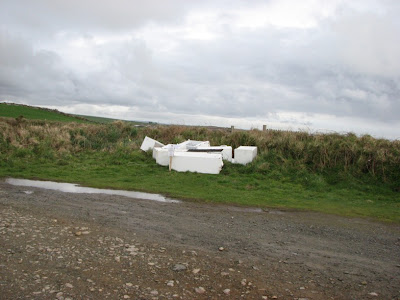 Gorgeous! It was also a very useful marker, you could see it for miles and so could be sure of relocating the carpark with ease.

We eventually cracked and ventured out onto the moor in search of the elusive Cuckoo. I very foolishly decided to carry everything I'd taken, bins, scope, tripod, two cameras, half a hundredweight of snap, my heavy duty lead-lined (well it felt like it) flask, etc, etc. I was soon suffering from a very sore back. It was still raining and we'd seem two Dunnocks in about an hour, so we decided to go back to the car, offload some of our equipment and have a coffee. On the way, the sun came out briefly and Bun for some reason decided that a gap in a wall needed to be looked through. He went over to investigate, shortly after, Nick wandered over to join him, I staggered on towards the car, which was a VERY bad move. I turned around and although they were partially obscured by the wall I could tell they were setting up their scopes. "Eek"! I thought, "They've seen something" and started to head their way, presently Nick shouted to me. They'd GOT IT! I ran (after a fashion) over to them, closely followed by the two guys from Wales (who'd also heard Nick's call). We were too late. It had been sitting out on a gate post, very briefly, before flying off over the summit of the hill. Nick had had a brief scope view as had Bun and he'd also followed its flight with bins. They were both keen to get a better view. I don't mind admitting, I was gutted. So off we all trudged back over the summit to look for it in the fields beyond. 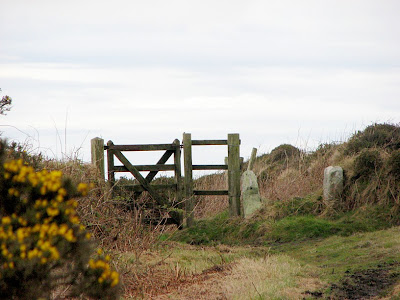 An exact replication of the view I got of the Great Spotted Cuckoo :-(

All told we spent another three to four hours on Bartinney Down, but saw no sign. Interestingly the only other bird of note we saw was a ring- tail Hen Harrier, which suddenly appeared just a minute after the GSC had flown up the hillside, it disappeared in more or less the same spot too, a little ominous, I wonder if the cuckoo will be seen again!? 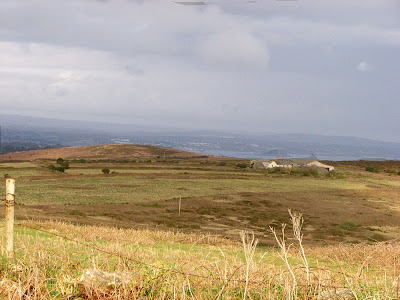 Here's a photo of the stunning view from the top looking towards Marazion and St. Michael's Mount (visible just behind the white farmhouse) Although if I never see it again it will be too soon! 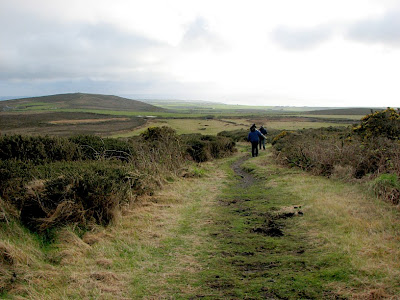 Here's the view from about a third of the way down. In the distance you may be able to make out the carpark. It's on the hill in the left background (Chapel Carn Brea), You can see it, just look for the fridge pile! We walked from there to the summit of Bartinney Down three times! This was taken during the last decent, I just got further and further behind. I'm getting too old for this hardcore twitching lark! 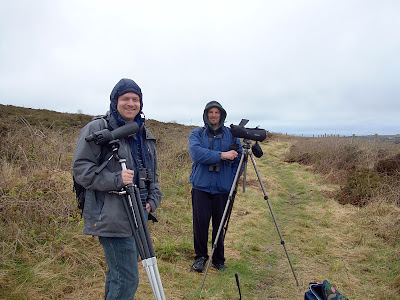 Although part of me wanted to pout and throw my toys around, I stiffened my upper lip and took a celebratory photo of Bun and Nick, in which they're quite rightly smiling; I would have been. I'm genuinely pleased for them, especially as Bun had already been down there on Friday and dipped. 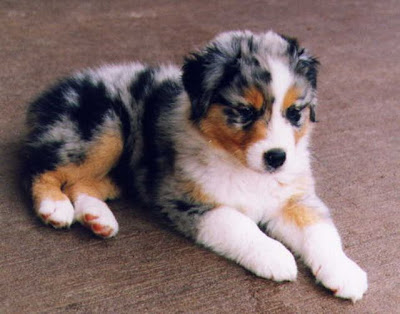 Gutted you dipped Karen. I went down on the train on my own on Tuesday (having been promised a lift but let down). 6 hours and no joy. Bun and Nick's sighting is the last there is of the bird, it's not been seen since.

But don't worry, there'll be another, and in Devon this time too!

See you at Seaton's next rarity.
Joe

I'm sorry to hear your efforts were in vain too. I've a feeling that the Hen Harrier probably got it.

It was nice to meet you on Sunday. Let's hope you're back in Seaton soon!:-)