Yesterday morning I joined Ian M at Colyford Common, no Sand Martins again for me though. We spent a while looking at the Rock Pipits on the reserve, some or all of which appear to be 'Scandinavian' Rock Pipits. Ian had previously seen one in full summer plumage but we didn't see it on this occasion. 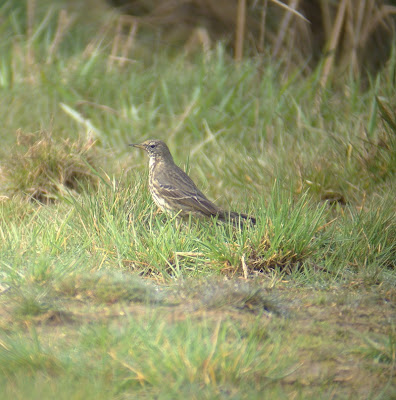 'Littoralis' Rock Pipit? I think so. 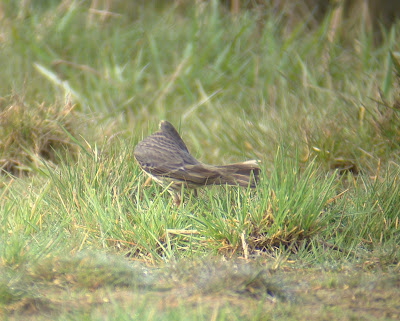 It appears to show a white outer tail feather.

There were at least three Water Pipits on the marsh too. These appeared to be moulting and were very scruffy looking, perhaps they'll still be around when they've acquired their summer plumage, I do hope so! We also saw some interesting footprints, neither of us knew what they were so I took a photo and checked it out when I got home, here they are: 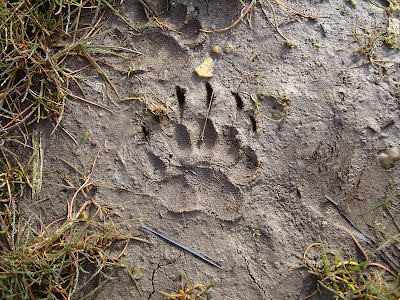 See how the top one is so much smaller, that means they're Badger prints. The larger one being the front foot. I didn't know that, but now I do. There's a strange mark to the right of the print, which I think looks like it was made by the snout sniffing the ground.

This morning at about ten o'clockish I popped up to Beer Head and I was only about 50 yards from the car when I saw a couple of Wheatears on a fence, they saw me and flew into the adjacent sheep field (spring Wheatears are so much more wary) where I counted another nine of them. So eleven of them in total and they were ALL males too. Seeing as I was so near to the car I went back to get 'my' scope and hopefully got some better photos than I did on Sunday, which wouldn't be difficult! I think I succeeded. 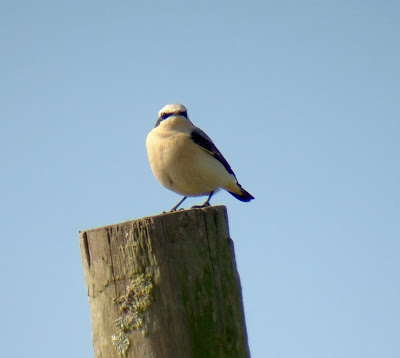 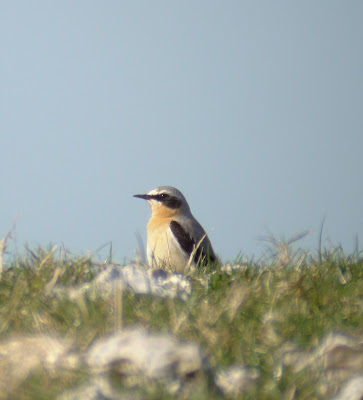 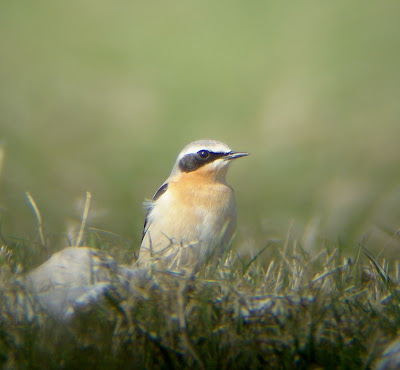 A couple more standard poses...
and why not?

I also saw another Adder in the Dell but nothing else of interest. I still needed to take the dog for a walk before doing some errands, so I took him for a quick jaunt up Axe Cliff, not much in the way of birds up here but a look underneath the usual tin sheet produced these: 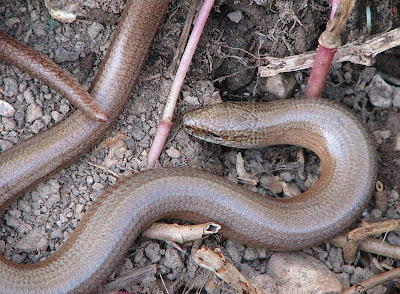 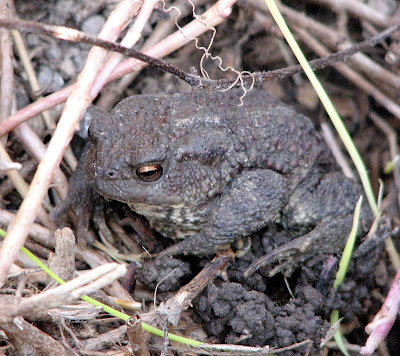 ... And this handsome creature.

Later in the afternoon I had a quick glance at the gulls by the tram sheds and straight away saw this: 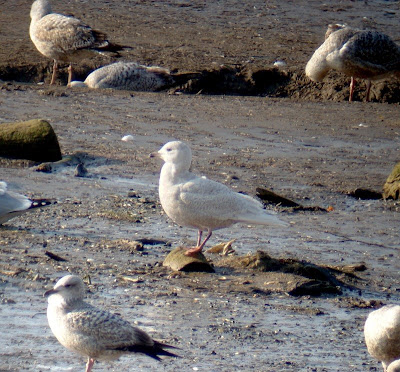 Later in the afternoon I visited Colyford Common again, where the scrape's been drained. It looks great and was teeming with Teal (over thirty) and Green Sandpipers (over three). No sign of the Ruff though. What I did see was a flock of six Sand Martins (at last), which spent just a couple of minutes feeding over the hide before gaining considerable height and moving off north. Guess what was with them though? A Swallow! I wasn't expecting that, it looked superb gleaming in the evening sun. It's always a real thrill to see your first Swallow of the spring isn't it? - Well it does it for me anyway. Brilliant! Other birds here were a singing Cetti's Warbler and four more Wheatears, two males and two females. I didn't bother taking any more photos though... Who am I kidding?! Of course I did! 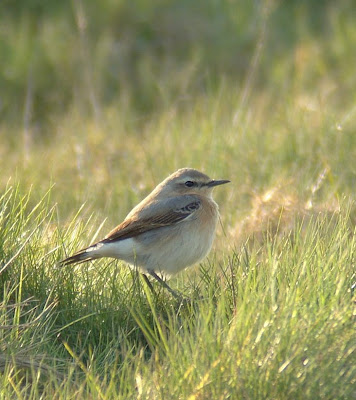 Posted by Karen Woolley at 9:03 pm