Made you look! Sorry, that should be snow and a goose, the goose being a Pale-bellied Brent which was on Colyford Marsh this afternoon, I saw it distantly from the Farm Gate after hearing about it from Ian M. It's the only noteworthy bird I've seen today. It was a patch yeartick for me though after having missed a few earlier ones.

This morning I was very surprised to see just how much snow had fallen overnight, it was definitely the most I've ever seen on the ground in Seaton. It was the first time I've seen the beach white over, Beer Head too for that matter. Here's a couple of photos of the lovely scene after the sun had come out: 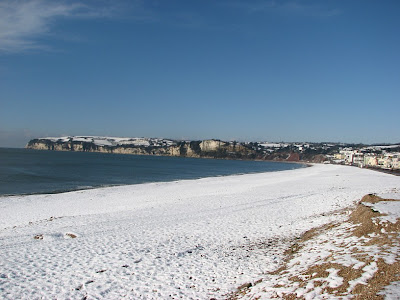 Seaton Beach as I've never seen it before. 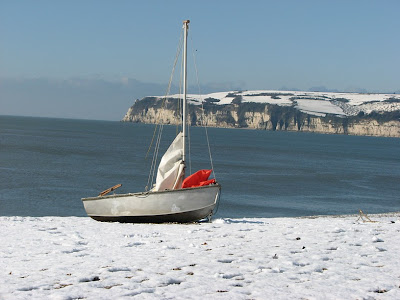 Trying to be artistic.

Talking of artistic, Martha and I were itching to make a snowman but I was still feeling a little bit anti-human after yesterday's fine display of humanity in action. We therefore made a snow dog instead. Not exactly an ice sculpture but better than a boring old snowman any day! 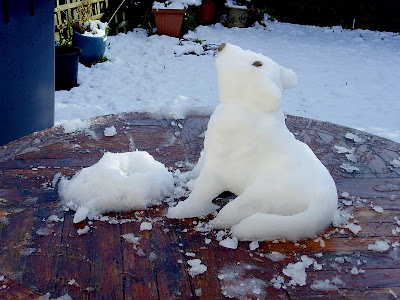 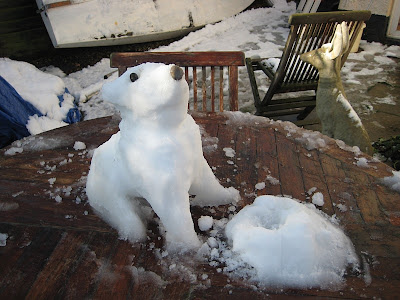 A few hours later it was just three pebbles on a table.

Posted by Karen Woolley at 9:37 pm