Slender Centaury is an exceptionally rare plant in the UK being found at just one locality on undercliffs in West Dorset. I went looking for it early one morning in August and although it was quite late in the species' flowering season there were still a few plants in full flower. It was a bit too early in the morning though because centauries are one of those flowers that require full sun to open and although it was a sunny morning the sun just hadn't been up for long enough, so most of the flowers were closed. However it was fascinating to see them very slowly opening up as time passed and eventually I managed a few shots of open ones. Flowers were mostly white but there were also some nice pink specimens. 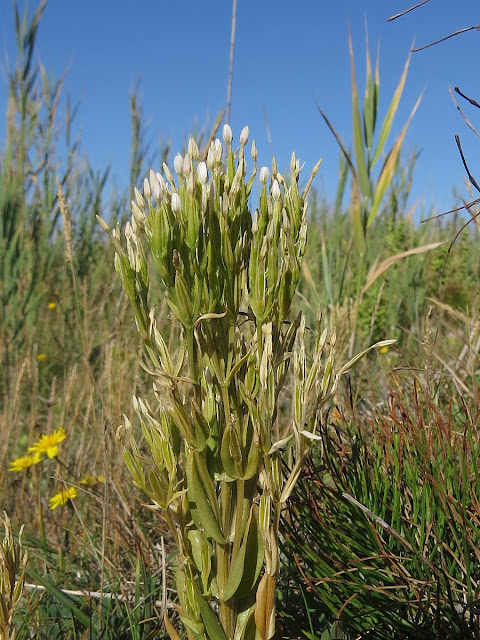 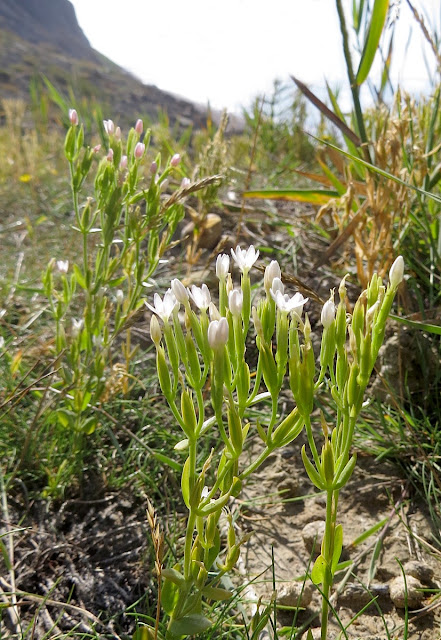 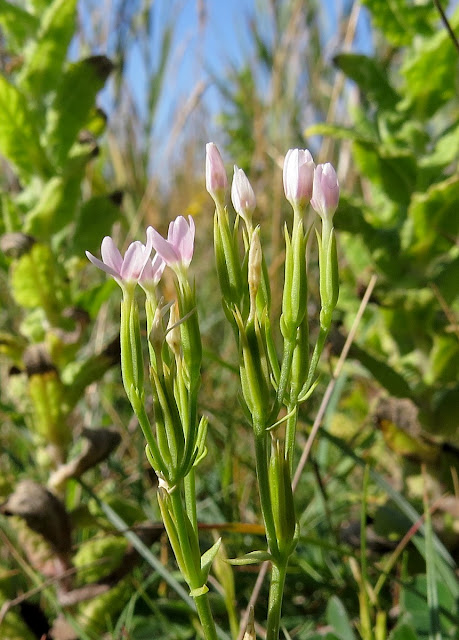 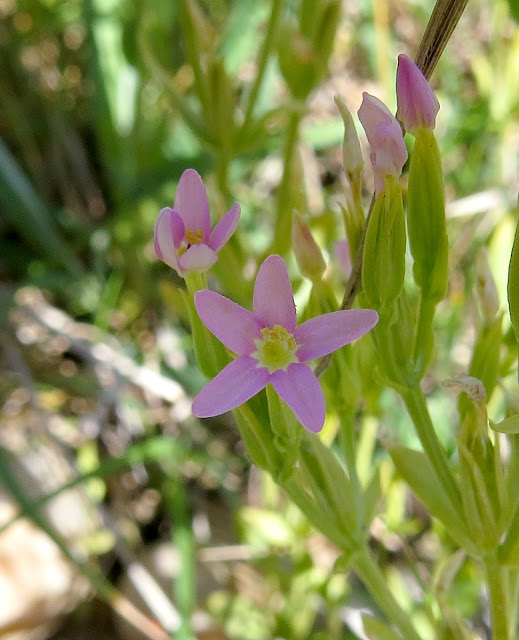 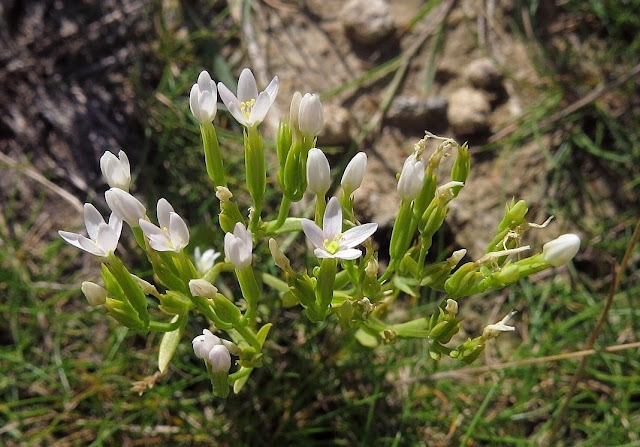 Posted by Karen Woolley at 7:20 pm