A text from Steve this afternoon had me popping up the road to Black Hole Marsh car park to look at a couple of Hobbies which were hunting over the northern outskirts of town and the river valley. I thought the Black Hole Marsh car park would be a good central vantage point and indeed it was. They appeared to be feeding on some sort of flying (obviously!) insects and for most of the time they remained annoyingly high up but they did eventually make a couple of  lower passes over the car park area. I got a few shots of them catching their prey although they're not very clear as they were quite high up at the time. 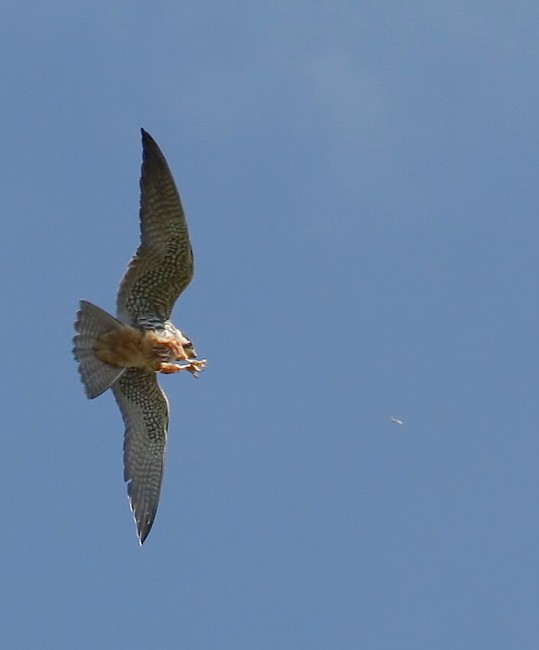 Although not that clear you can see how small the prey item is! And again... The insect is right in the top left corner. 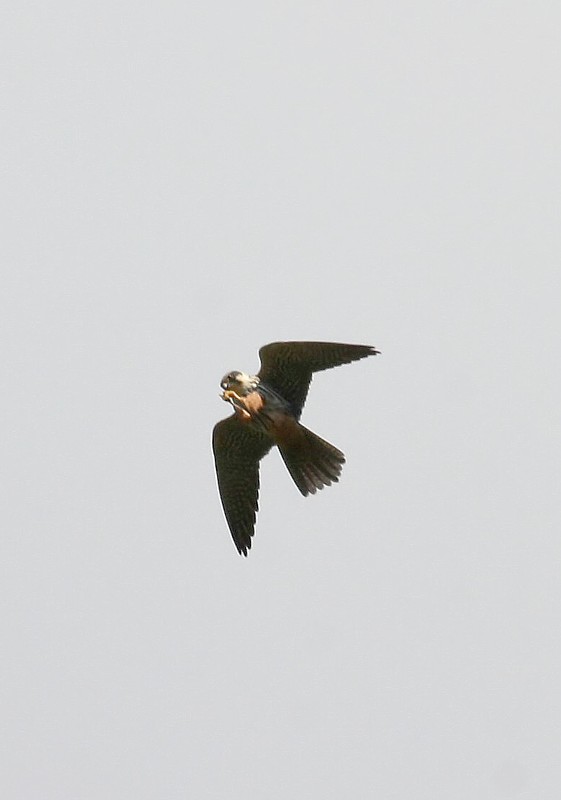 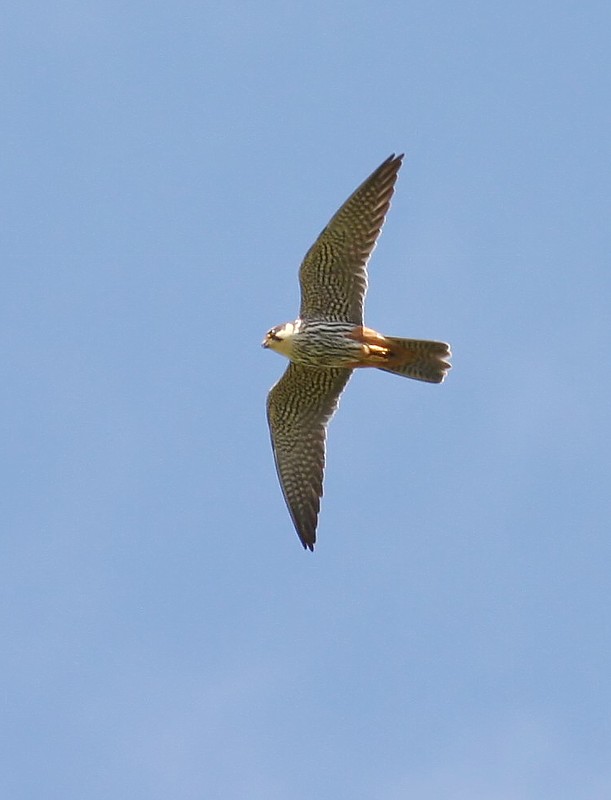 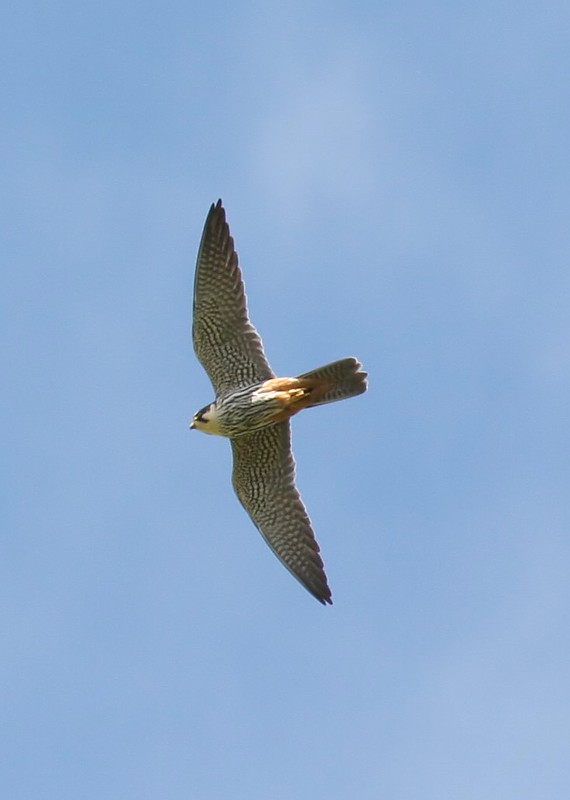 In the garden, the first batch of young Blackbirds have fledged, three of them, although I couldn't get a photo with them all in it. Mum's been  very busy for the last couple of days filling their ravenous little faces with tasty morsels.! I'm pleased they've made it this far because mum's the only one feeding them as the male was taken by a Sparrowhawk a week ago today. 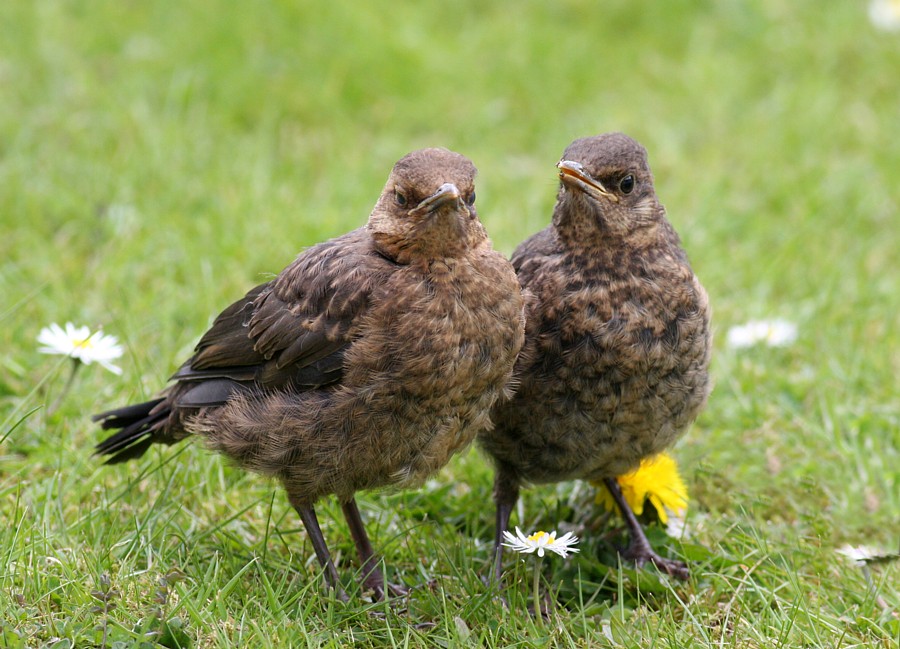 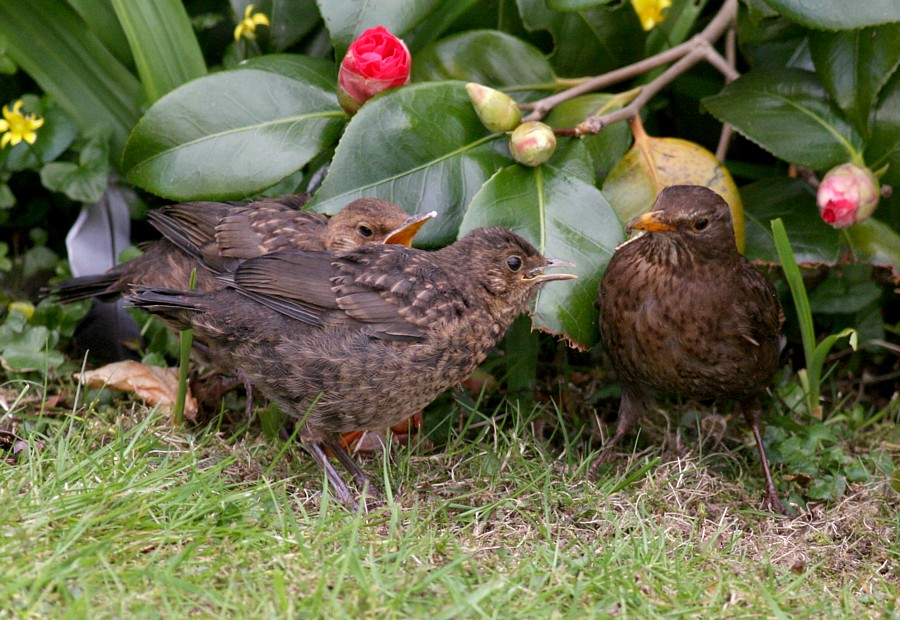 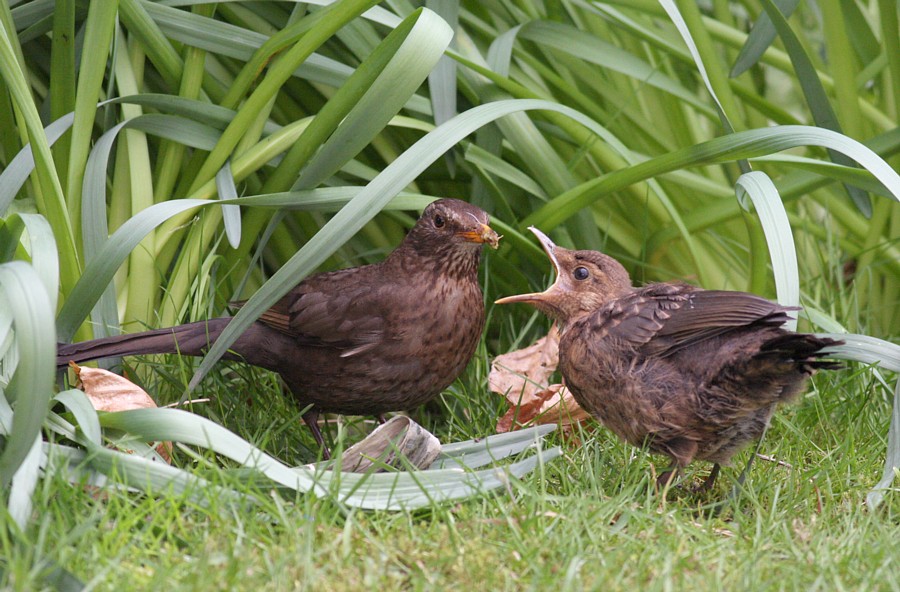 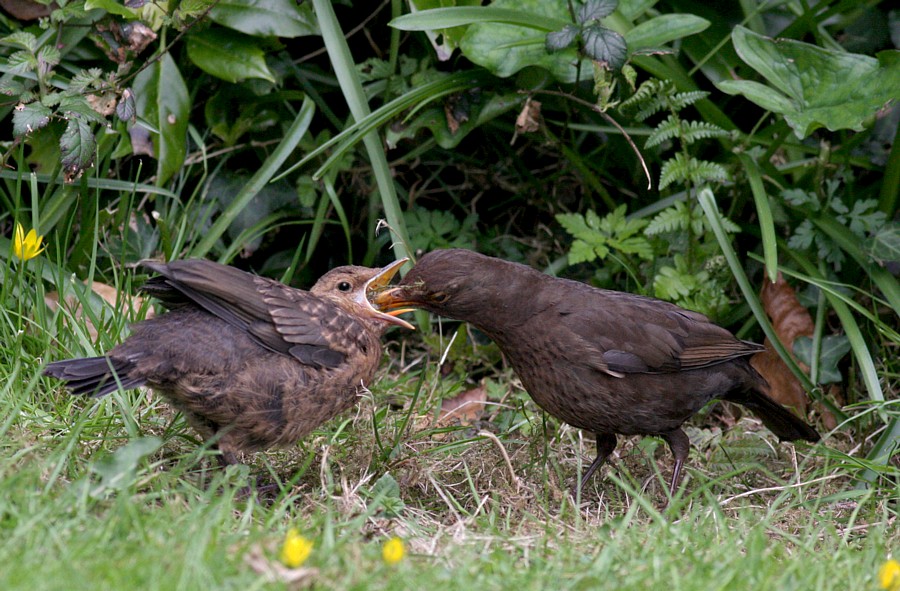 Posted by Karen Woolley at 9:12 pm