This morning I visited Colyford Common. I was hoping to see and possibly photograph Water Pipit, a bird which was once upon a time relatively easy to come by on Colyford Common itself. I've taken a few nice photos of them there in the past. These days though they can only be seen on the Colyford Marsh side, the other side of the tramlines so to get a decent photograph of one would be somewhat of a minor miracle. I don't know the reason for their sudden dislike of  Colyford Common itself but one factor may, just possibly, be the fact that it is now regularly used by the Axe Valley Runners. Do wildlife and athletes with a penchant for day-glow Lycra mix well?

There were two Water Pipits on Colyford Marsh both coming into their lovely summer plumage with a grey head and a lovely peachy pink wash on the breast. They were predictably distant and although I stated on here back in January when I started my patch photo year-list that I wouldn't include any ' blurry record shots or distant specks'... Guess what? 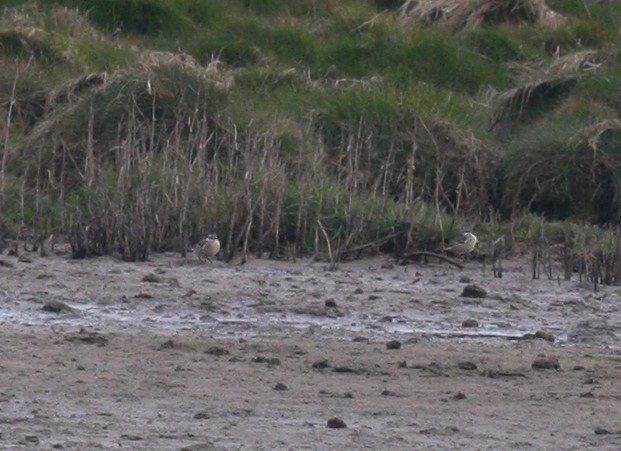 Distant specks which are in fact Water Pipits.
They don't really pass the 'easily recognisable' criteria but you can see how striking they look even at a distance. I took this with the 400mm lens but what was needed for an acceptable shot was the old faithful digiscoping camera. 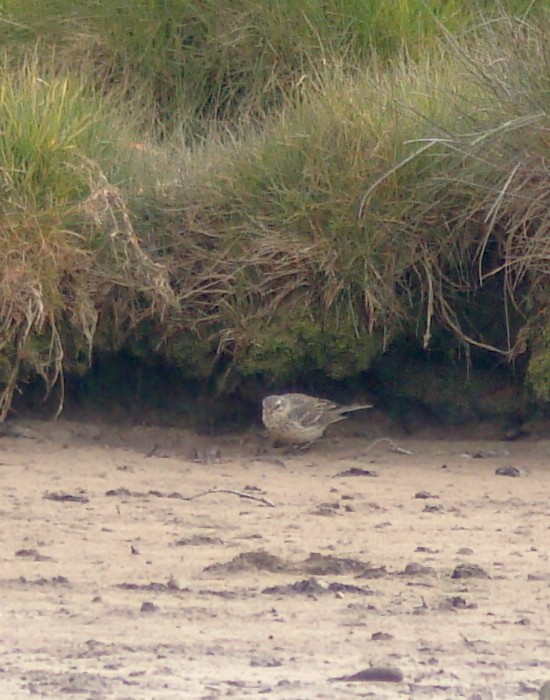 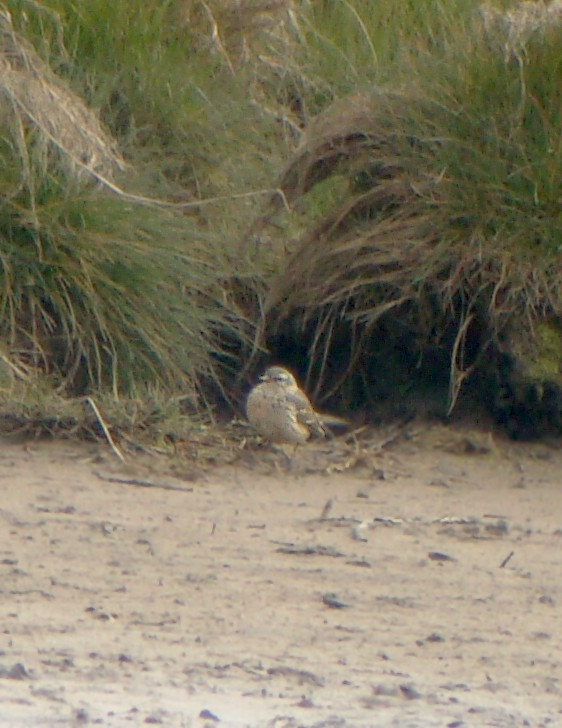 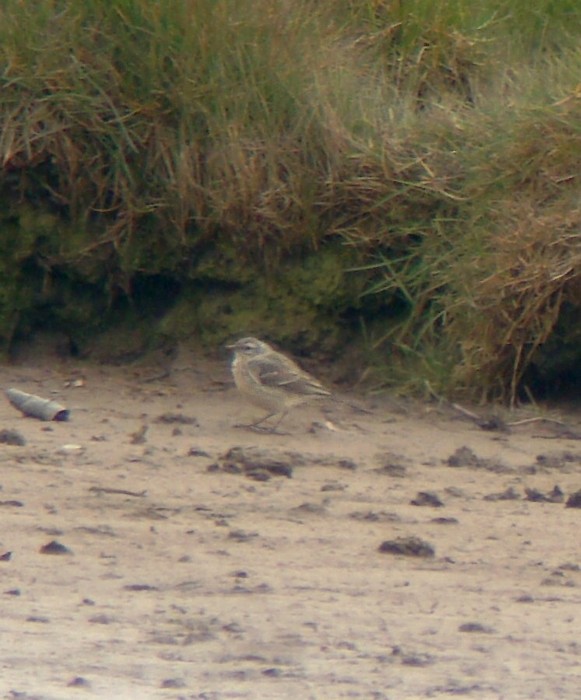 Still hopelessly distant but I think they are easily recognisable as Water Pipits from these shots. So although they are definitely 'blurry record shots' they are going on the list.. 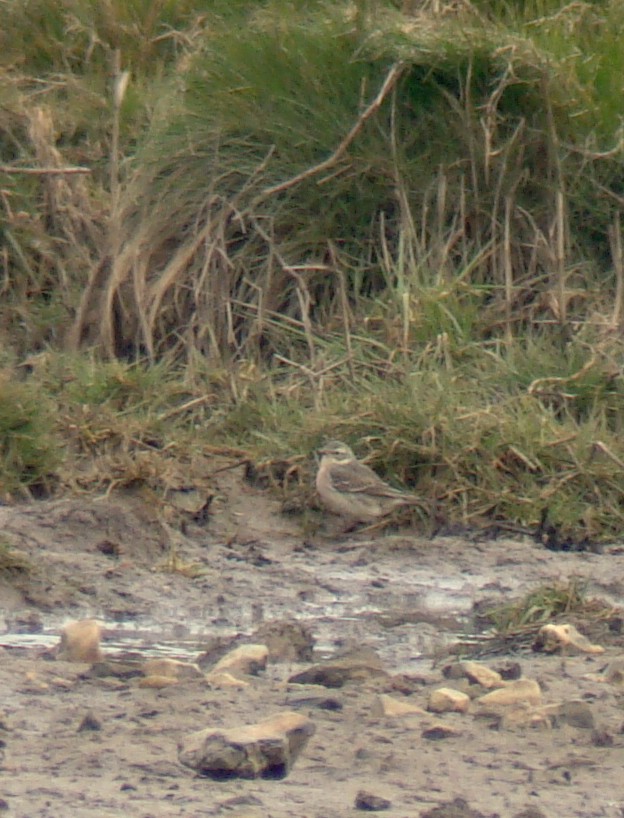 There were also three Little Ringed Plovers and a White Wagtail on the scrape but very little else around in the freezing and very windy conditions. I saw this male Sparrowhawk on a fence post alongside one of the many ditches on the common, probably looking out easy prey such as chilled Chiffchaffs of which I saw several searching for insects in the ditches. 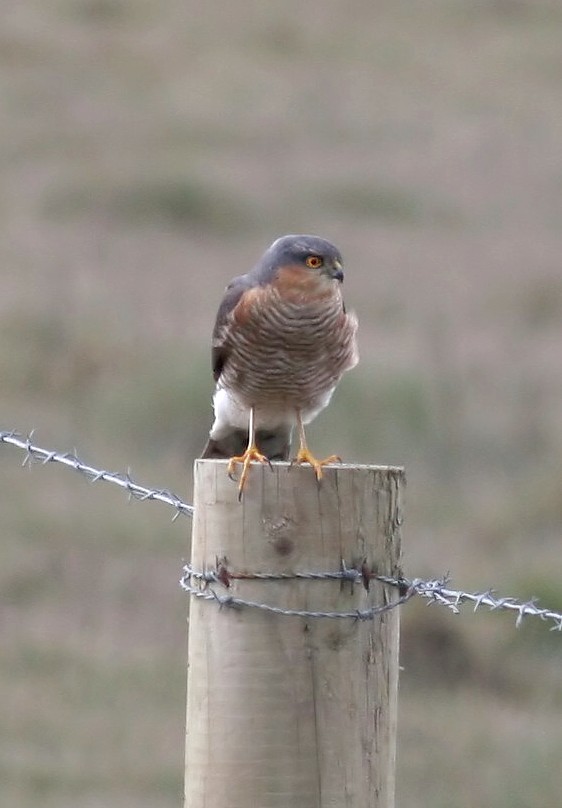 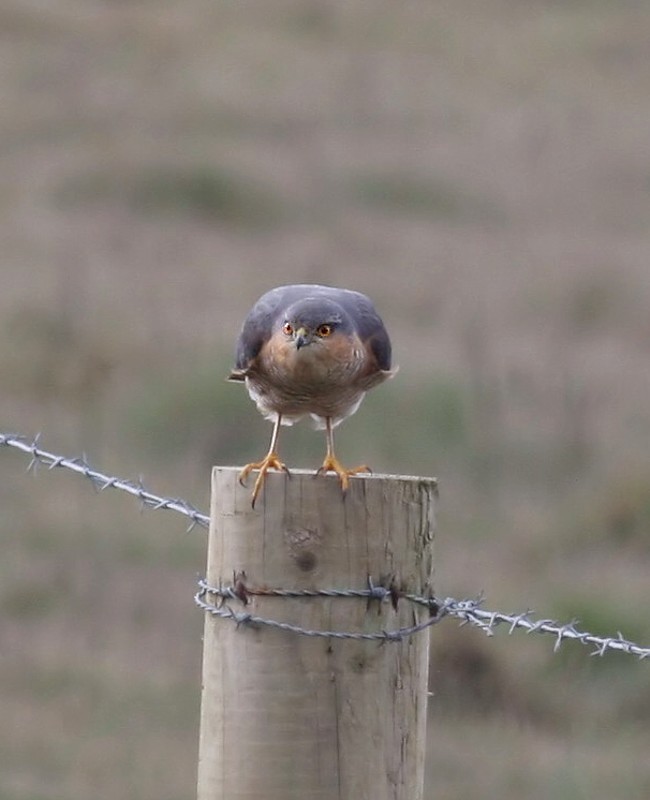 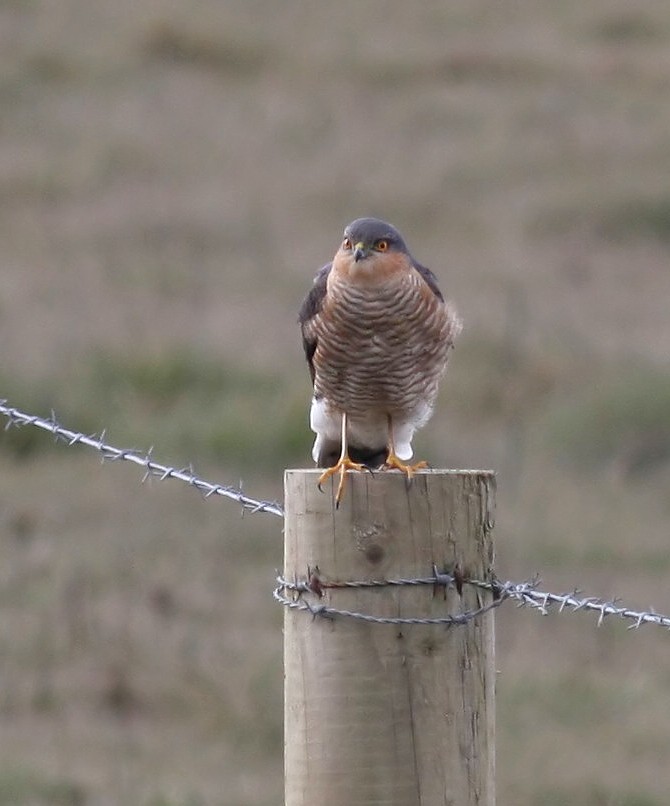 Posted by Karen Woolley at 8:48 pm

I really think that your photo year list is a great idea and 81 species is very impressive! :)