When I got simultaneous texts at 8.31 this morning from Steve and Gav both with news of a Ring Ouzel on Beer Head, I changed my plan from a morning of housework to a morning on Beer Head. When I arrived I met Steve, Ian M, and Ian P on their way back to their cars. I received the necessary gen on the bird's whereabouts and set off to find it. It wasn't in the place it was last seen. In fact I couldn't see it anywhere and after almost an hour of searching I'd all but given up. Then, while I was trying to photograph a typically flighty spring Wheatear all of a sudden I was looking at a gorgeous male Ring Ouzel. It had just emerged from under a bush on the cliff edge and immediately flew over to the fence on the southern side of 'The Dotterel Field' or 'The Wheatear Fence' as it is known...well, by me anyway! I sneaked up to the fence line about fifty or so metres from where the bird was and got a photo. 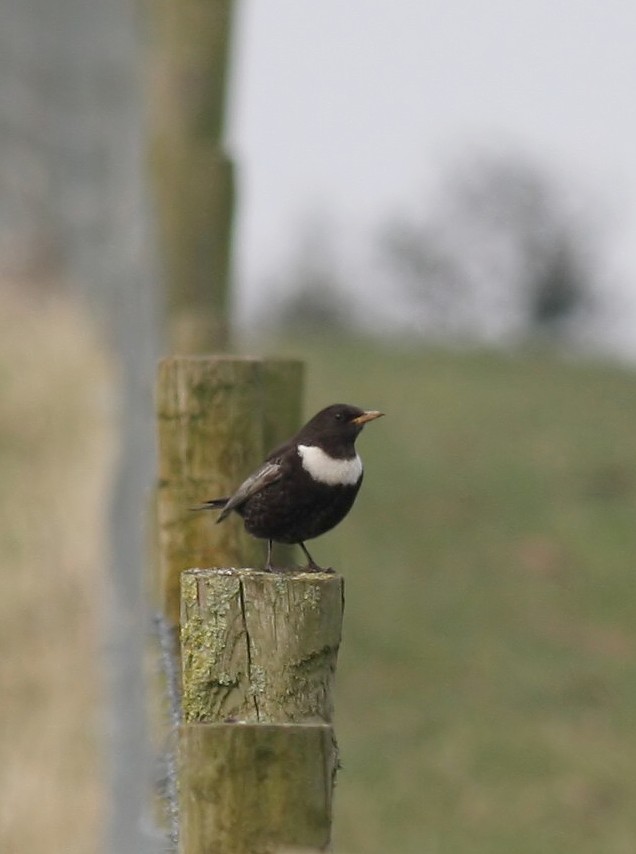 When it flew off, I was very surprised that it didn't fly back to the northern boundary of the field where Steve had seen it earlier but instead just flew around me and landed on the other side of me...and
a bit nearer too! 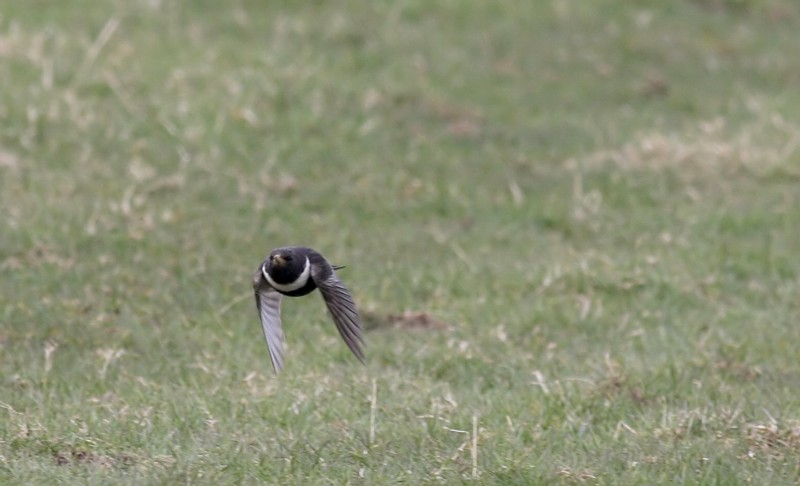 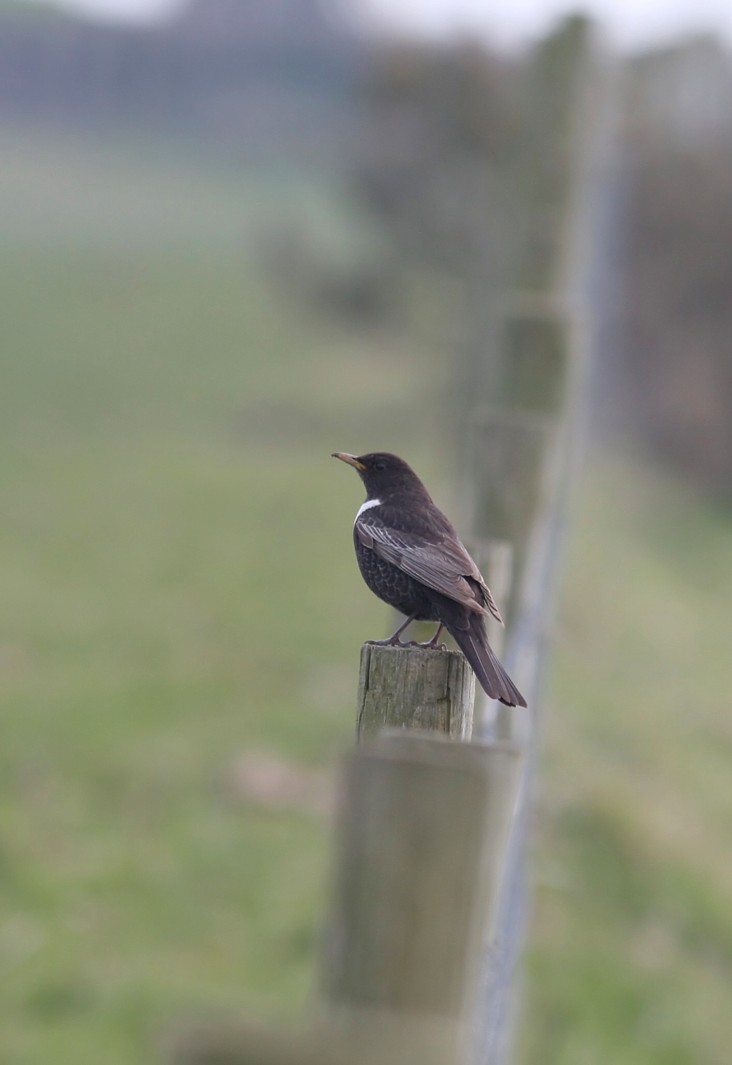 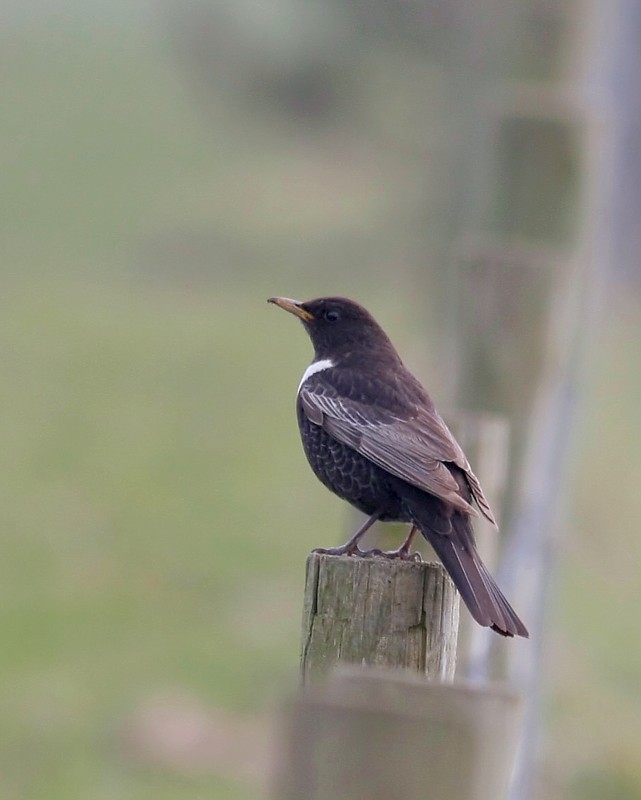 It then started feeding in the grass alongside the fence and came quite close a few times... 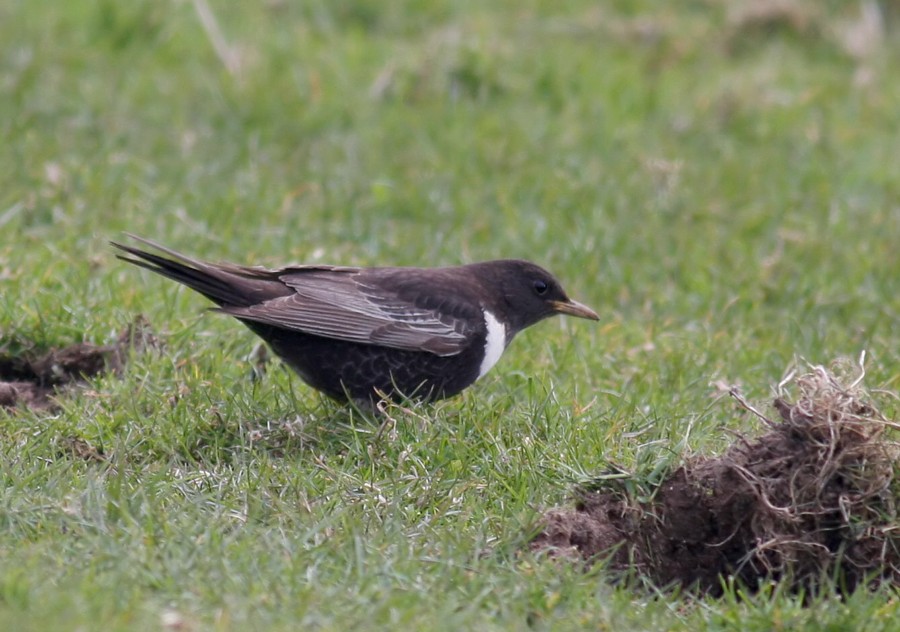 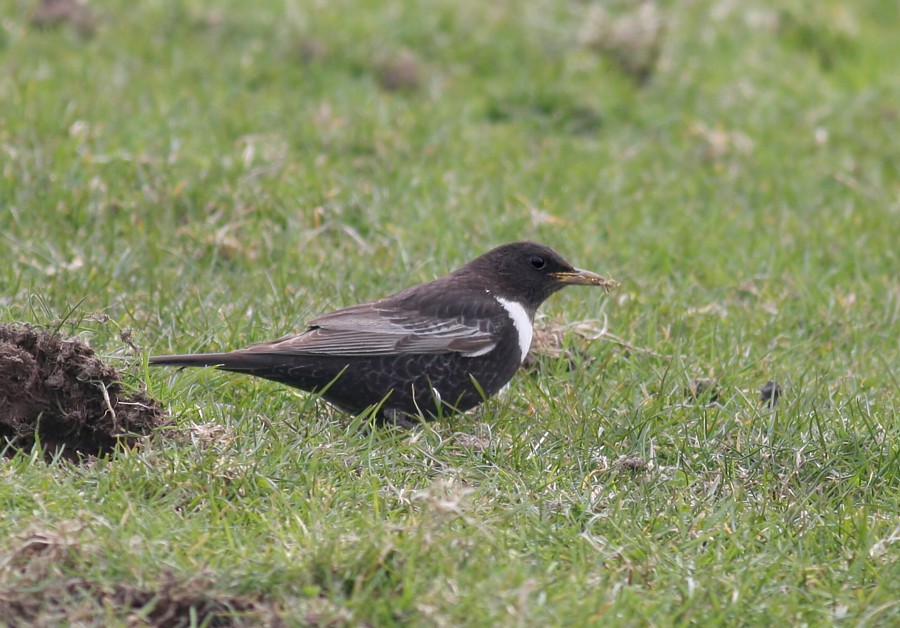 It suddenly became quite agitated and started 'Chacking' and this was why...

A second male Ring Ouzel.. The bird on the left flew in and the original bird didn't like it.... 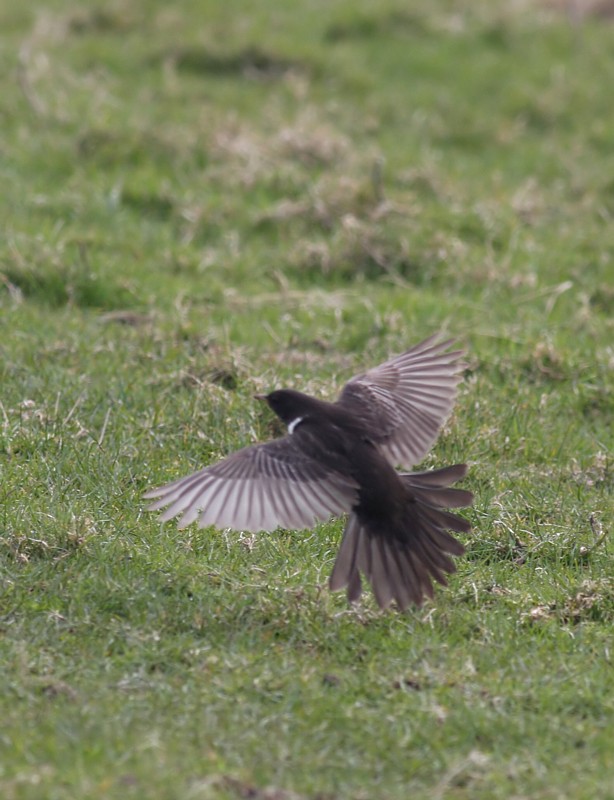 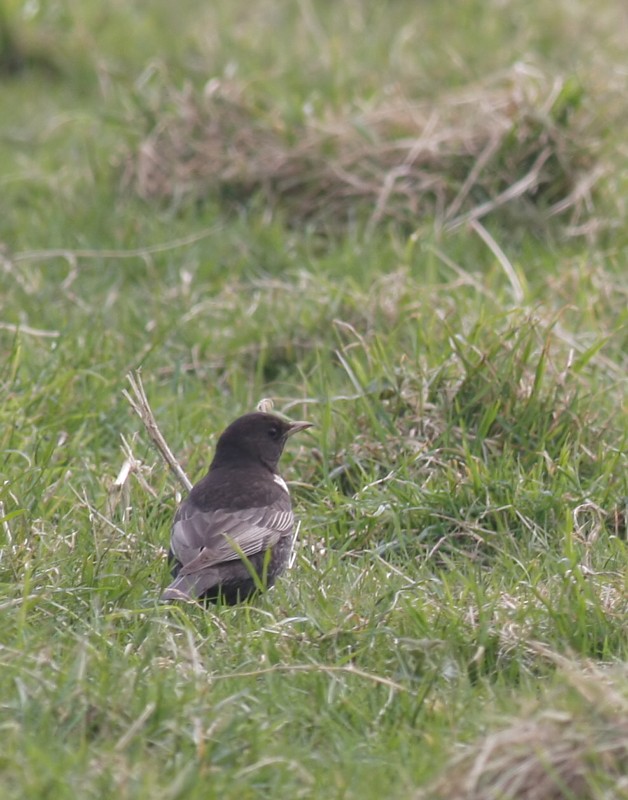 This is the second bird which I didn't get anymore photos of because shortly after taking this they were both flushed by a low flying helicopter.  The views had exceeded my expectations and needless to say I was very happy I decided on Beer Head instead of housework.

The only other migrants I saw on Beer Head were five Wheatears and four Stonechats. 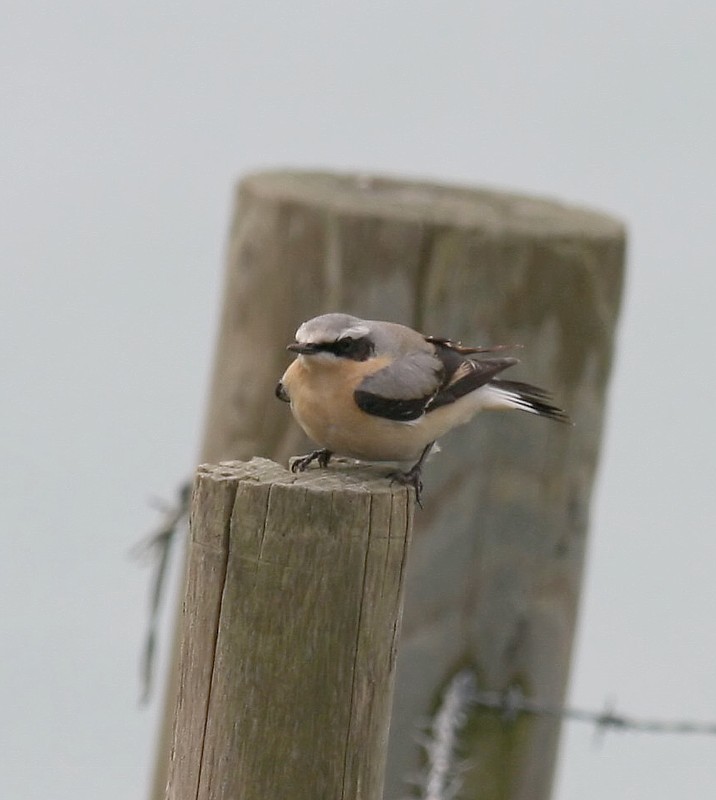 Wheatear only just on a post!
Right on the cliff edge and managing to cling on in the strong NE wind.

Posted by Karen Woolley at 8:52 pm

Great pictures of the RO.
Couldn't have put a story like that together in the old days.
You'll have been waiting outside the chemist for a week hoping that something had 'come out'.