Obviously Short-billed Dowitcher would be a lifer for me but I didn't really fancy being at a big twitch (I still suffer horrific flashbacks of a certain twitch in Cornwall) so I decided to leave it a few days until this morning to go to Lodmoor and try for it. I did the right thing. There were only about ten people on site and although it did get a bit boring constantly scanning the reeds and sedges waiting for it to emerge it did so within about an hour, so can't complain at that really. It was pretty close too, but wouldn't stay out of the juncus and in view for very long at all. Here's a couple of digiscoped shots of it. A bit blurry I'm afraid due to the gloomy weather (mostly). 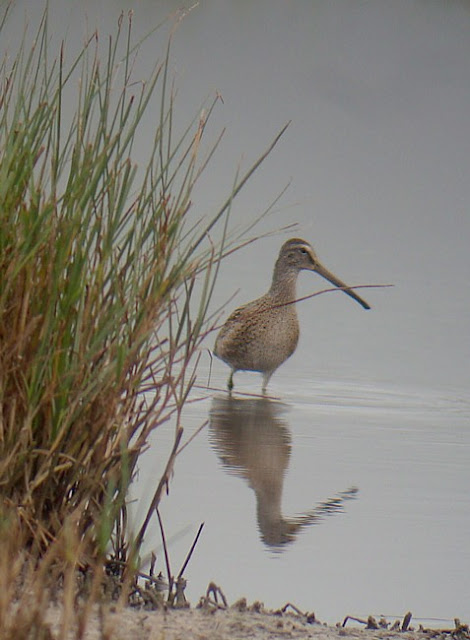 In this one I managed to get the foreground nicely in focus and not the bird.
Still, you can see that short bill it's named after. 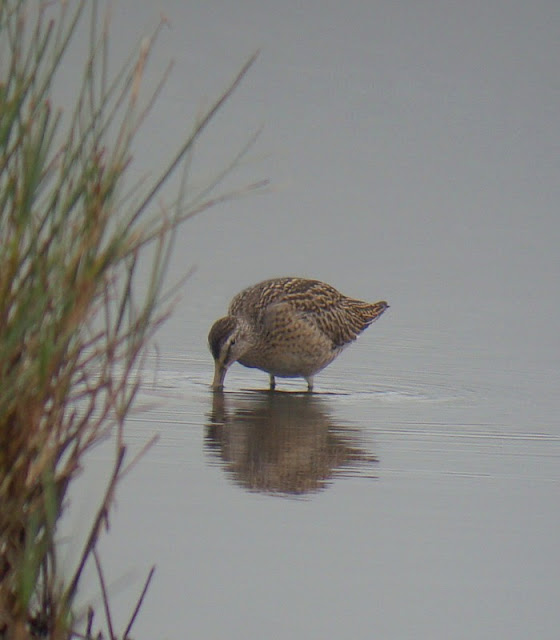 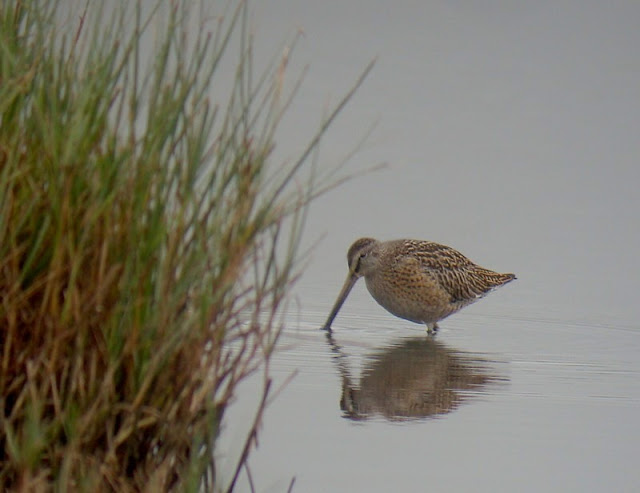 In the above two shots you can see the dark cap contrasting heavily with the supercillium and the 'tiger-striped' tertials which unlike the 'short bill' are the distinguishing features. 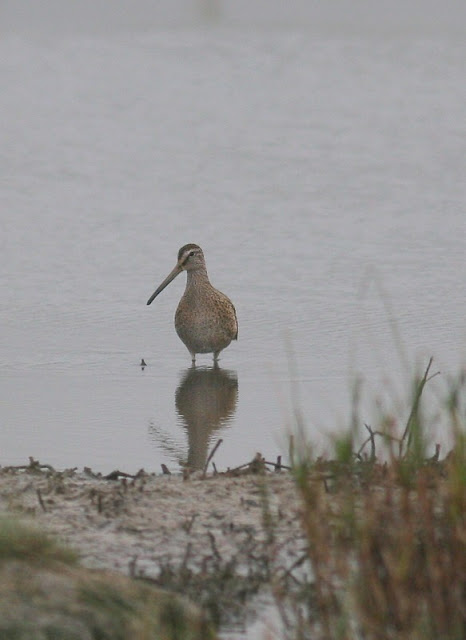 This is an attempt with my new DSLR and 400mm lens, obviously it doesn't have the reach of digiscoping but I'm happy with it considering the distance and light. I actually purchased the camera hoping to get a few decent flight/action shots of birds as both the super-zoom and digiscoping can't cope with much movement in the subject. I haven't had much chance to try this yet, although I did go down to the yacht club to try and photograph some gulls although there weren't  many there at all. I only had two adults and one juvenile fly over in the half hour or so I was there. I'm not sure where they were, stealing chips off tourists I guess. 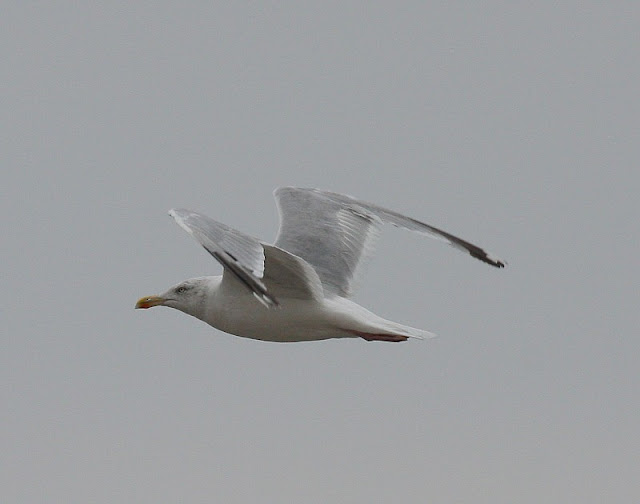 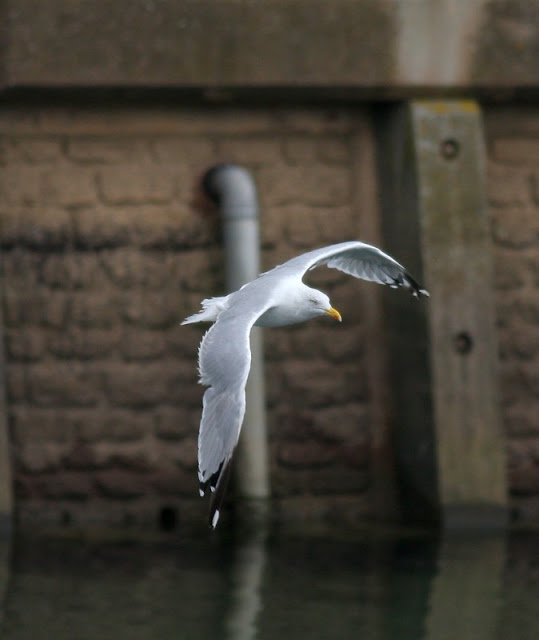 These were my best first efforts.

I also took a few test shots of a Wheatear that was on the beach, a Pigeon on my garden and a Dipper in a fallen tree on the River Coly. 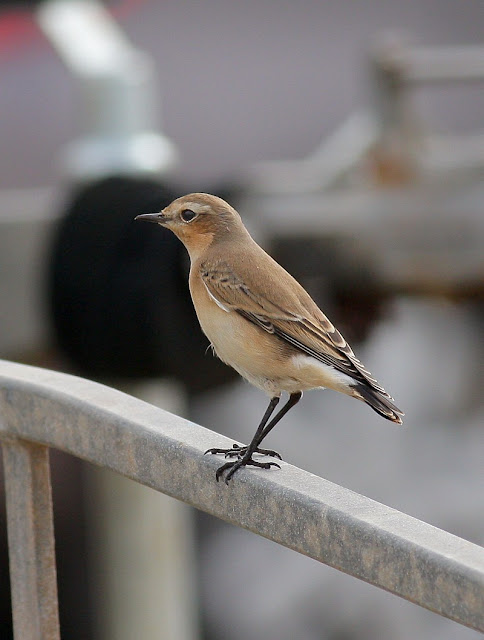 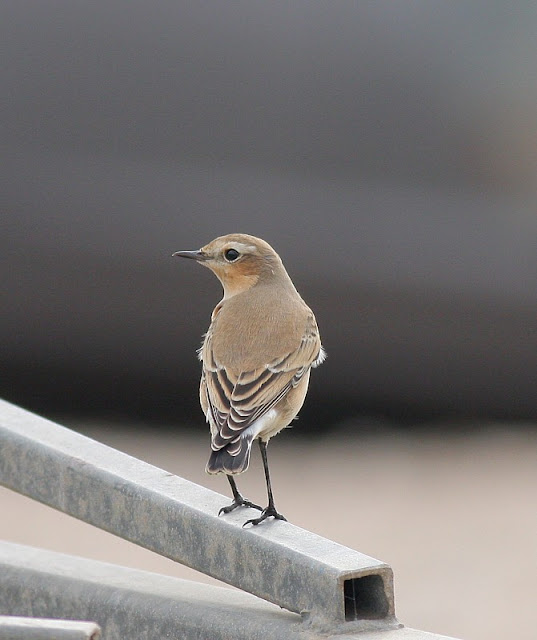 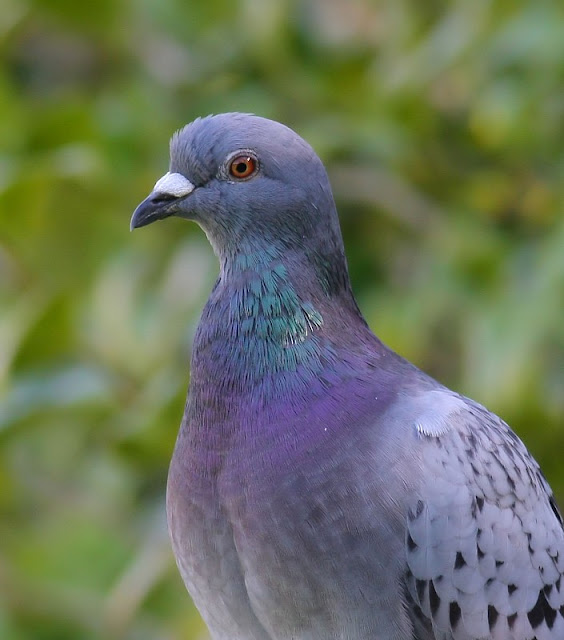 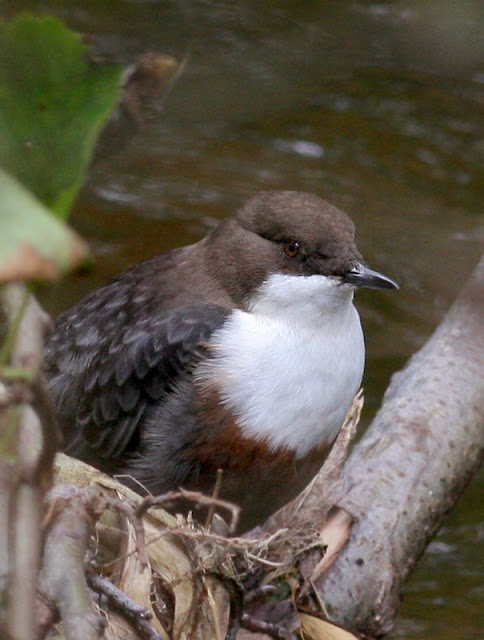 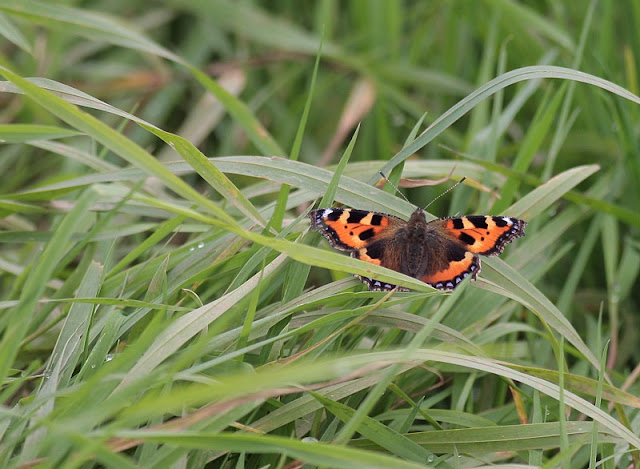 It's not at all shabby on butterflies either, well, as long as you stand about 15ft away!
It's been lovely to see a big increase in the amount of Small Tortoiseshells on the wing in the last couple of weeks.

Posted by Karen Woolley at 3:17 pm

Some nice pics Karen!
Which camera and lens have you gone for??