Yesterday evening I had quite an unexpected patch year tick when Bun spotted a trio of stealth Pintail on Black Hole Marsh. We didn't see them fly in and about half an hour later they appeared to vanish into thin air! (Or they may have just gone behind an island). 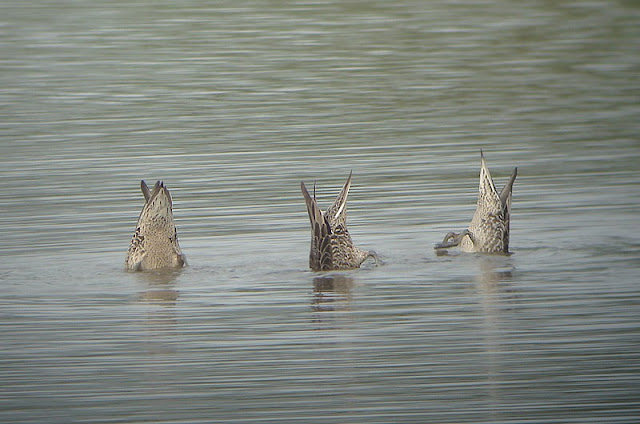 I tried to get a photo and most turned out like this; mind you, being Pintails they are still identifiable from this view! 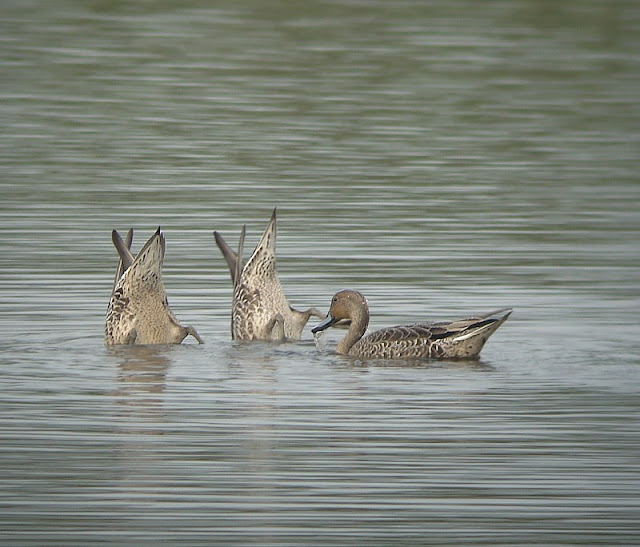 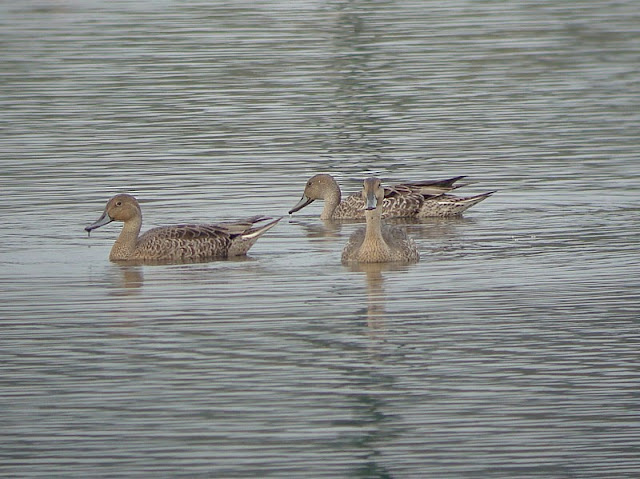 A brief appearance of all three.

There were now two little Stints amongst the waders and although they came nice and near at one point the light was really bad for photos - and then it got foggy! The fog and gloomy conditions caused  a few Snipe to start emerging from their hiding places, which was nice. 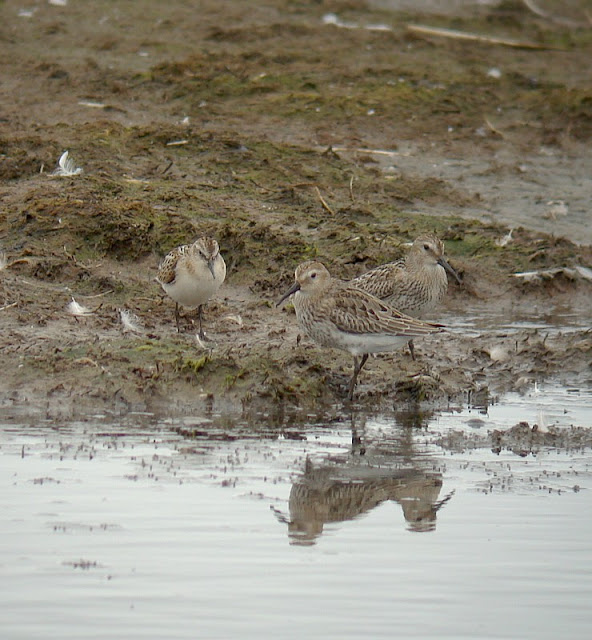 One Little Stint with two Dunlin 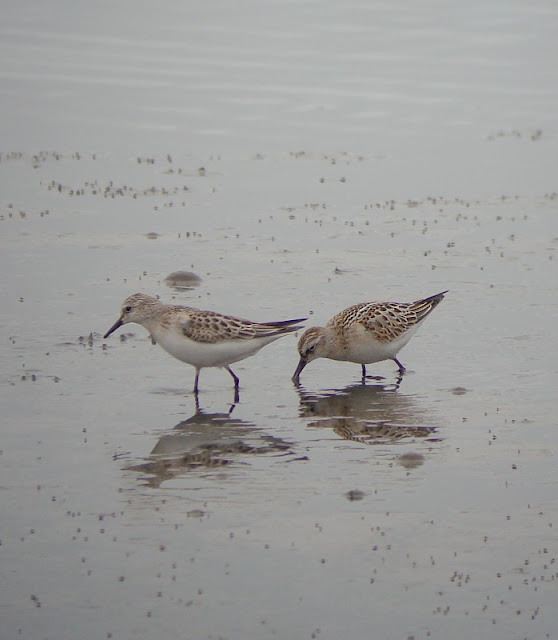 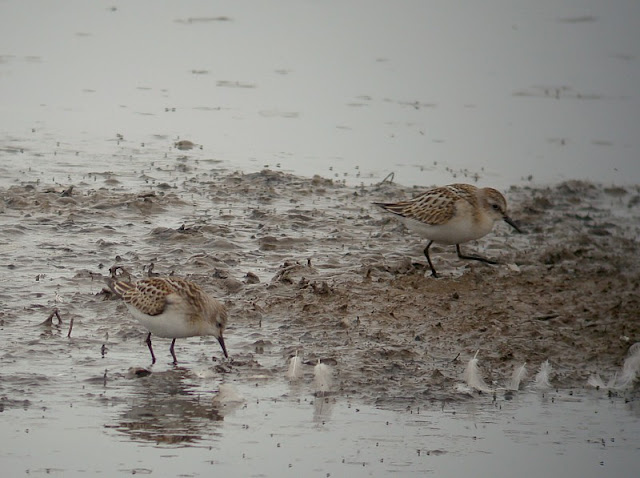 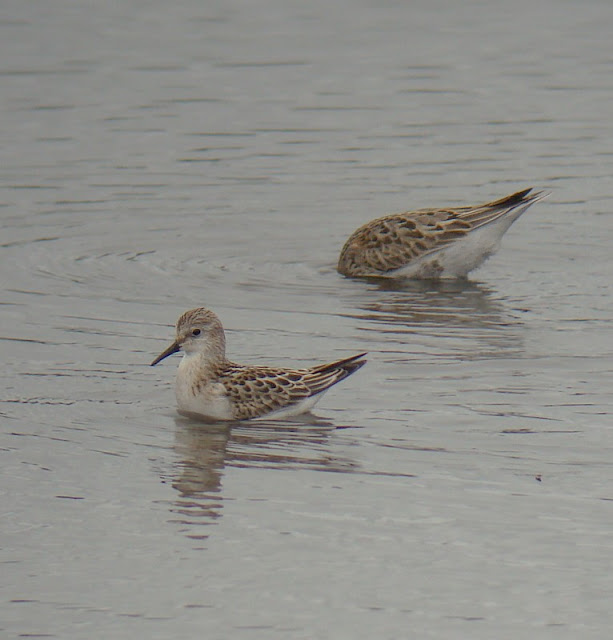 Having a little swim.. not very good shots but they look so nice swimming, a really elegant shape. 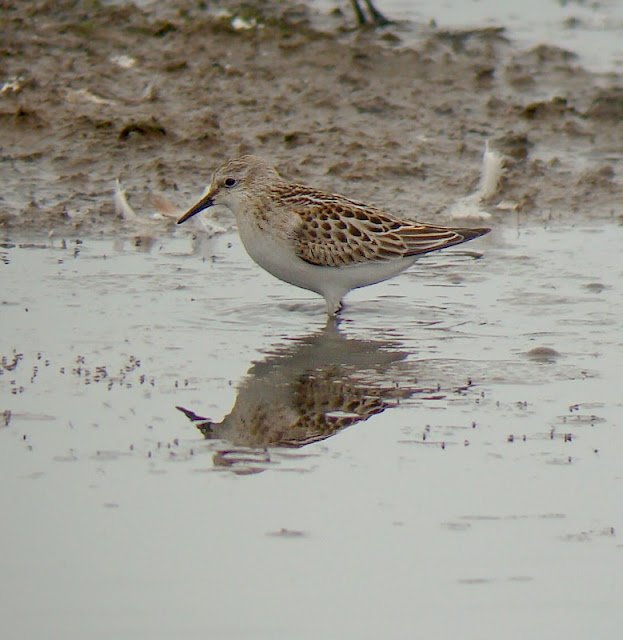 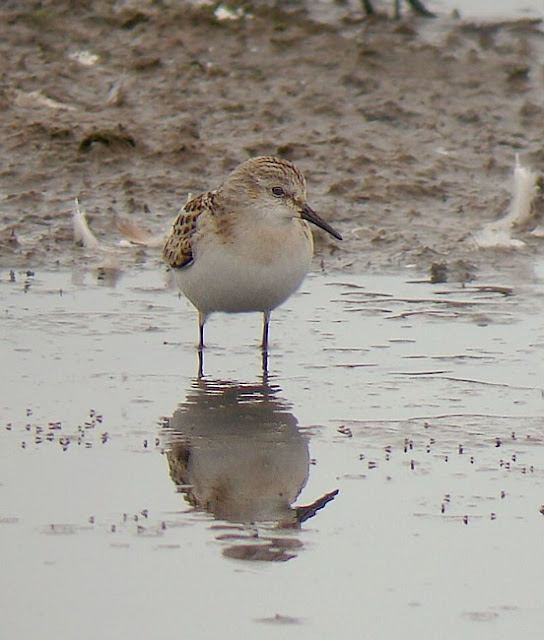 A couple of Snipe came really close - such a shame about the light. 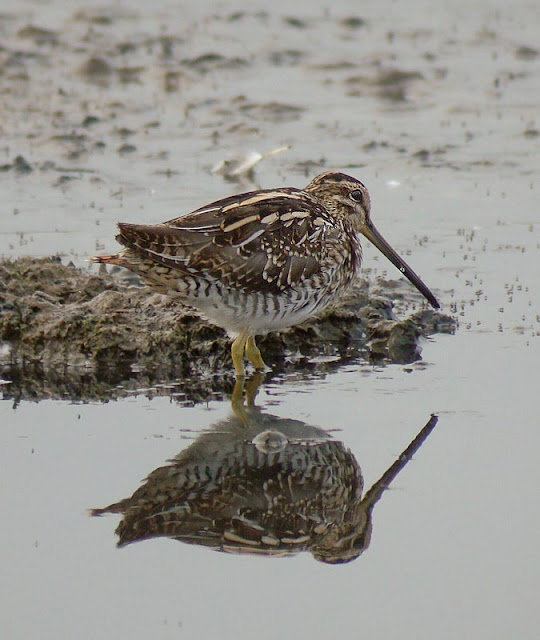 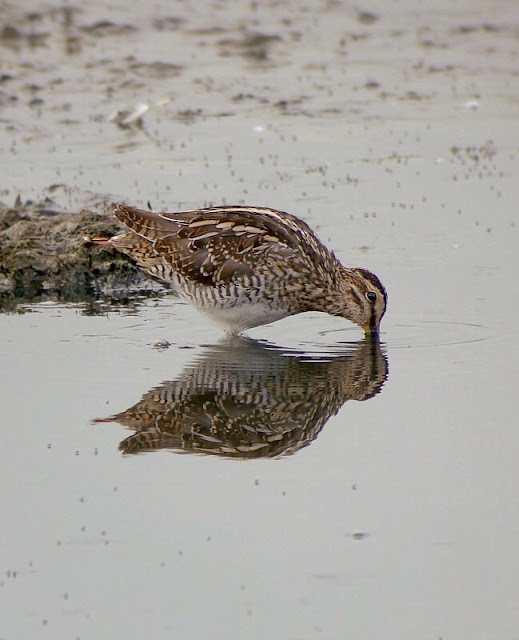 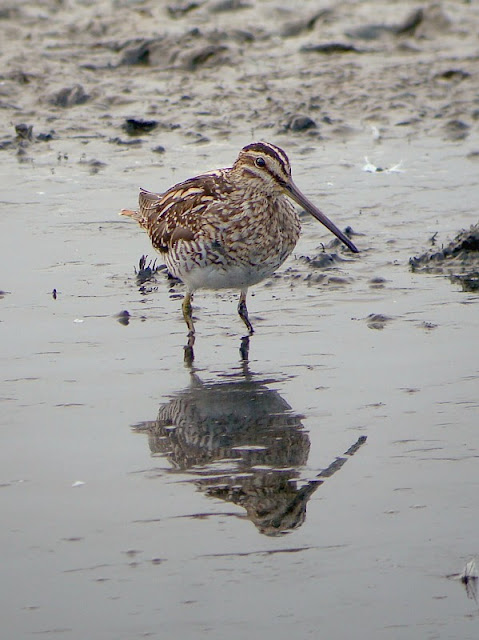 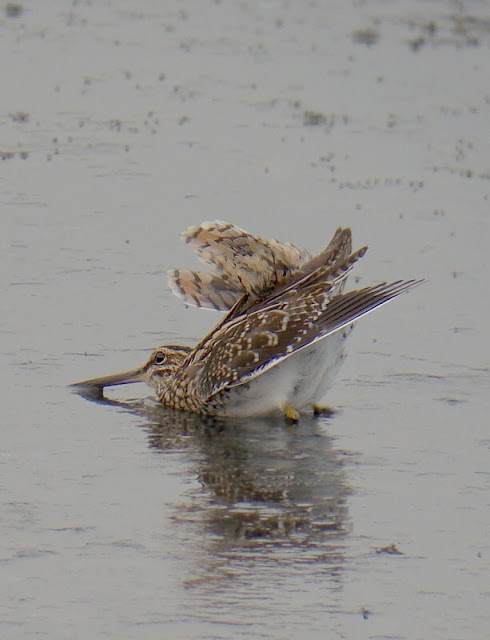 Never seen this display before -
No, it isn't a crash landing! 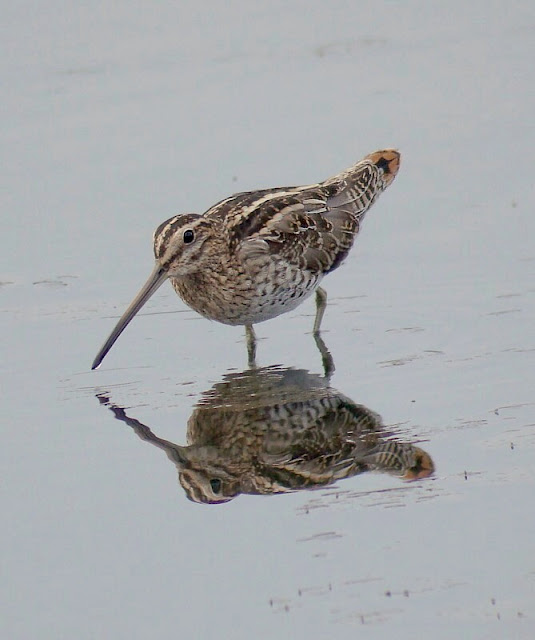 Posted by Karen Woolley at 9:48 am