All Quiet on Axe Cliff

I thought I'd try Axe Cliff again this morning after Steve saw a lovely Whinchat up there yesterday. I had no such luck, apart from a steady trickle of House Martins, Swallows and Meadow Pipits over, I saw very little. Still, I managed to get a couple of photos of the latter when a few landed on the fence line for a while although they were a bit flighty and I couldn't get very close. I was also lucky enough to capture some of the action as a passing Buzzard got mobbed by a couple of Carrion Crows. 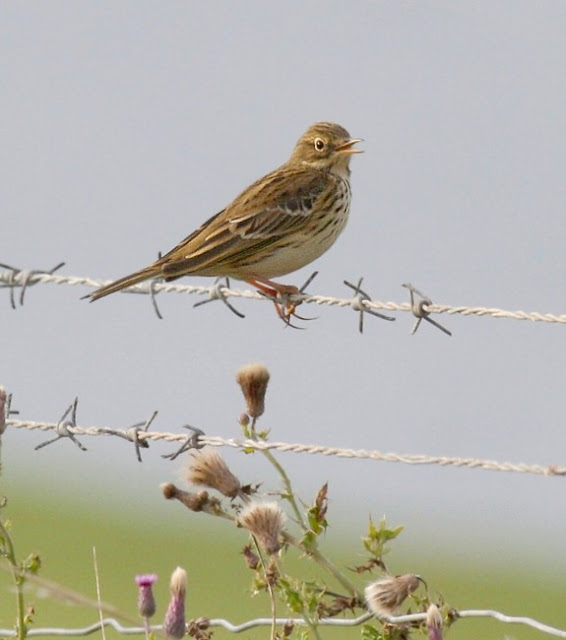 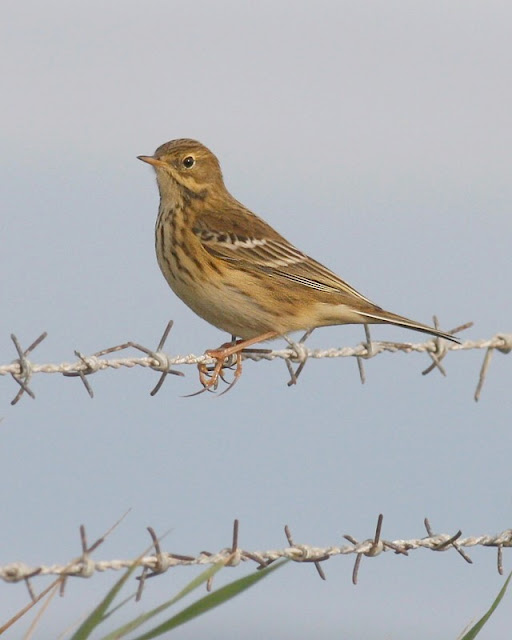 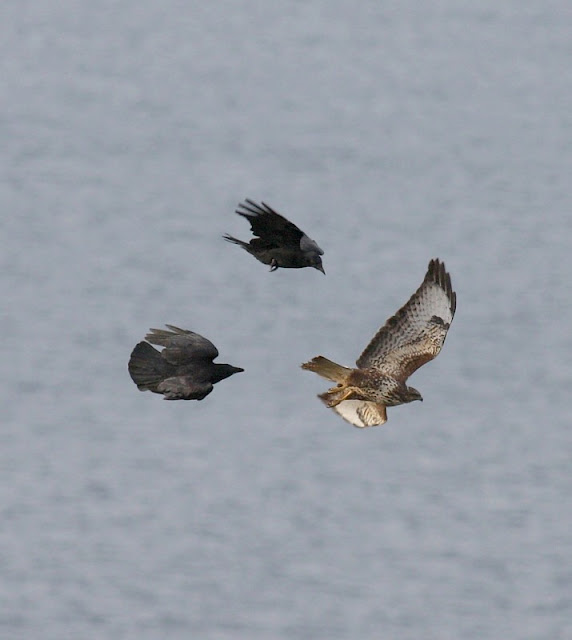 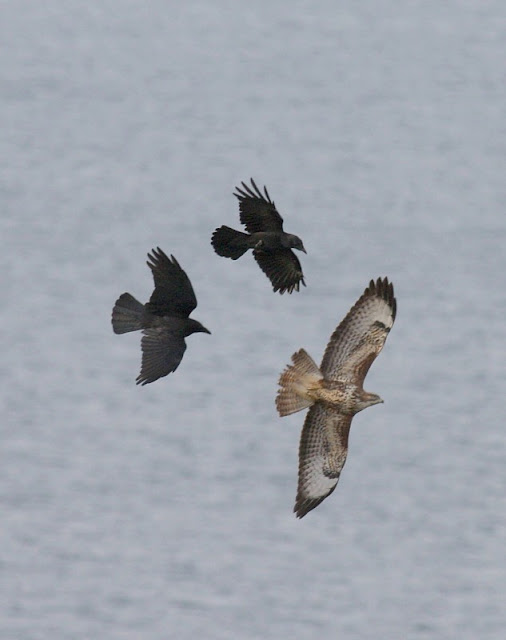 Not from Axe Cliff but from the banks of the River Coly comes this photo which I took a couple of days ago. I spotted this Long-tailed Tit thrashing the life out of some poor unfortunate caterpillar on a branch of an alder tree. The bizarrely shaped green and brown caterpillar is most probably an Alder Kitten larva, or should that be was! I don't know how the bird managed to swallow it.

Update: I've been informed that the caterpillar is in fact that of the Iron Prominent Moth. I'll have to go and brush up on my ID skills where distant squashed caterpillars are concerned! ;-) Thanks Peter and Co. 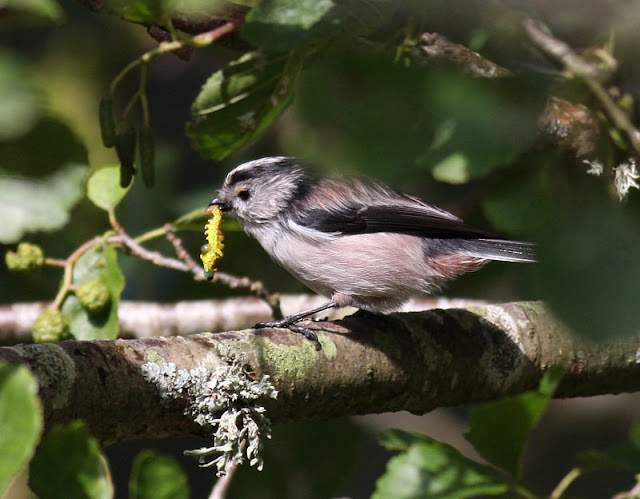 Posted by Karen Woolley at 3:34 pm