Then There Were Two

A few less waders in total on Black Hole Marsh this morning but there were now two Wood Sandpipers, which was nice. I tried to get a photo of both together but it's very tricky when digiscoping because they don't both fit in the field of view unless they're pretty close together and then I struggle to get them both in focus because of the very shallow depth of field. Still I just about managed it a couple of times. You can't have too much of a good Wood Sandpiper or two! If you disagree just wait until I bring out all of the moth photos I've got piling up on the hard drive! I also tried to get a photo of a Green Woodpecker that I spotted in the cemetery as I drove through on the way to the Black Hole Marsh car park. I digiscoped it from the drivers seat with both the scope and camera handheld. The results are predictably naff, but it's only the second time I've managed to get a shot of one. For such a common bird they're surprisingly difficult to get near to. 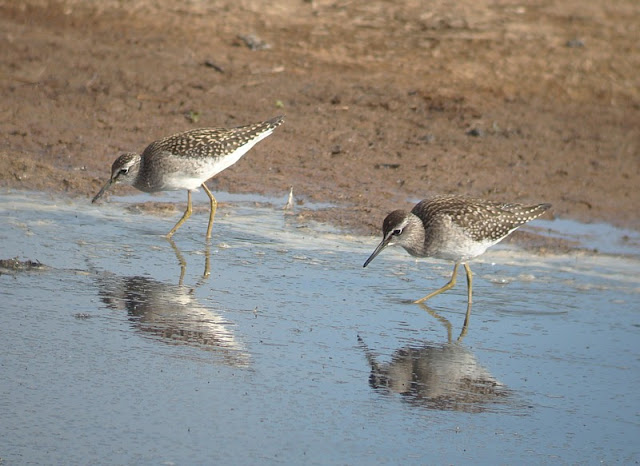 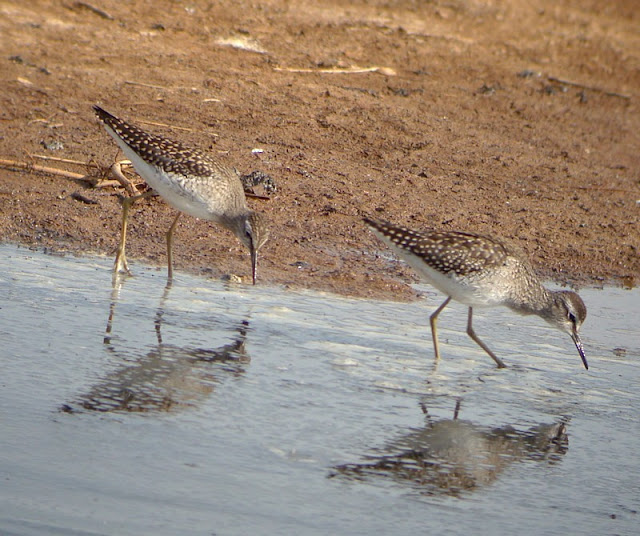 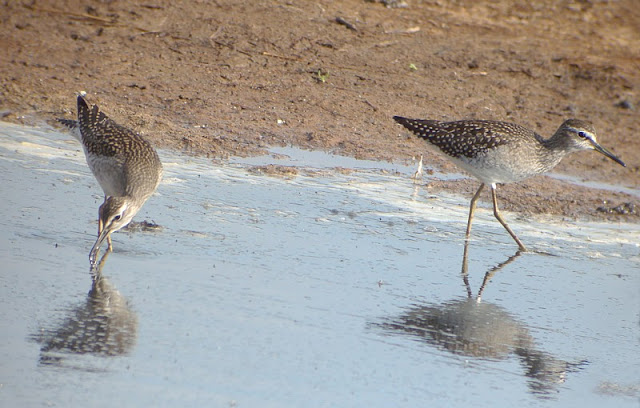 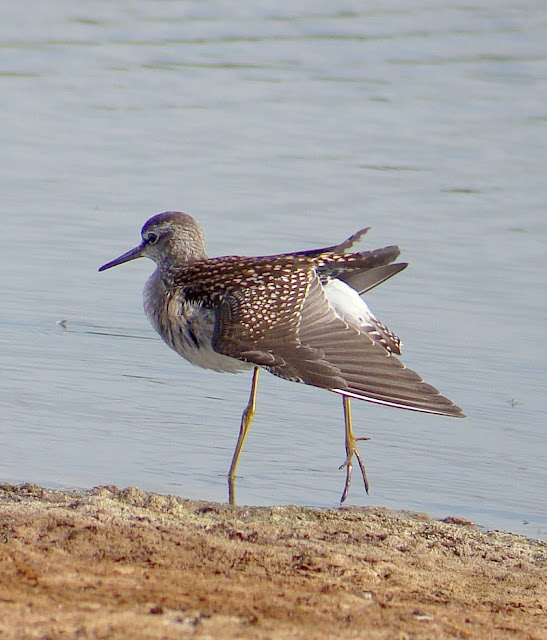 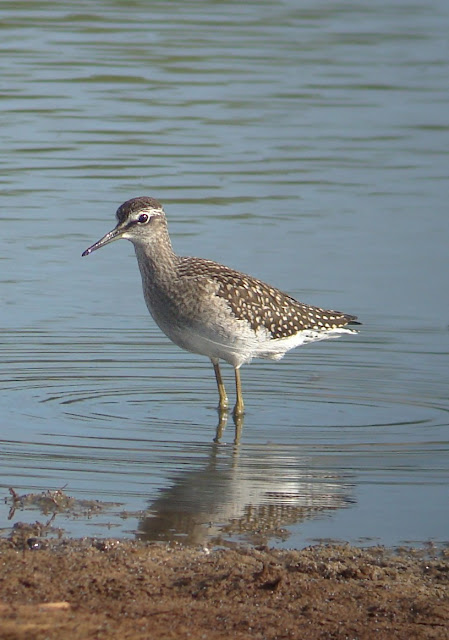 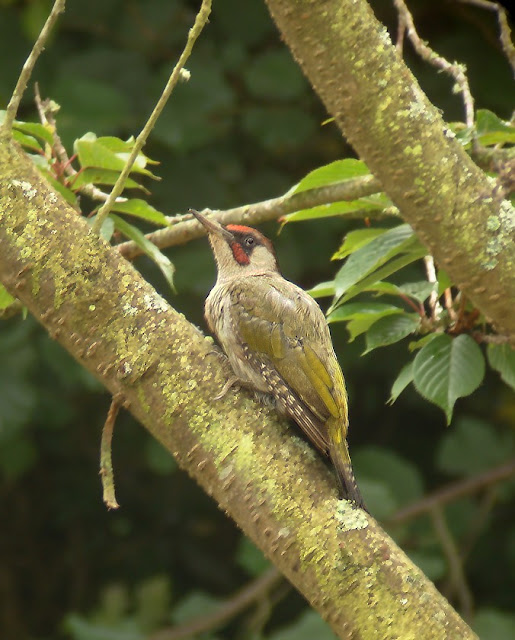