A Surprise on Black Hole Marsh

Plenty of nice birds around Black Hole Marsh this morning, with three Ruff  and a Knot new in yesterday evening. The Spotted Redshank was still present along with the usual Dunlin, Ringed Plovers, Green Sandpipers, Common Sandpipers, Black-tailed Godwits and Snipe. The surprise though was an adult Kittiwake, probably a first for Black Hole Marsh. Unfortunately though it appeared rather moribund as it sat hunkered down in the long grass on the edge of the marsh, so much so that it caught the attention of a Carrion Crow. As the Crow got closer the KIttiwake stood up briefly and the Crow moved off upon realizing it wasn't actually approaching a tasty corpse! The Kittiwake soon resumed the hunkered down posture and continued to cause concern until all the birds on the marsh were flushed by some unseen threat (only unseen by us humans) when it did actually get airborne, albeit temporarily. I must admit it did look a bit 'happier' sitting out on the marsh so hopefully it may just be recuperating from being caught in yesterday's gales. 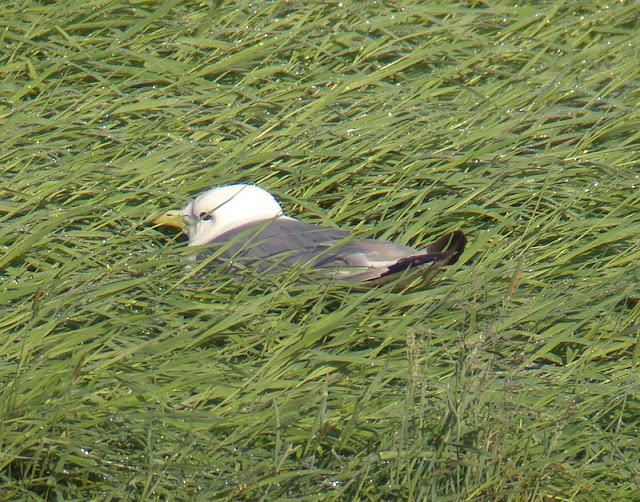 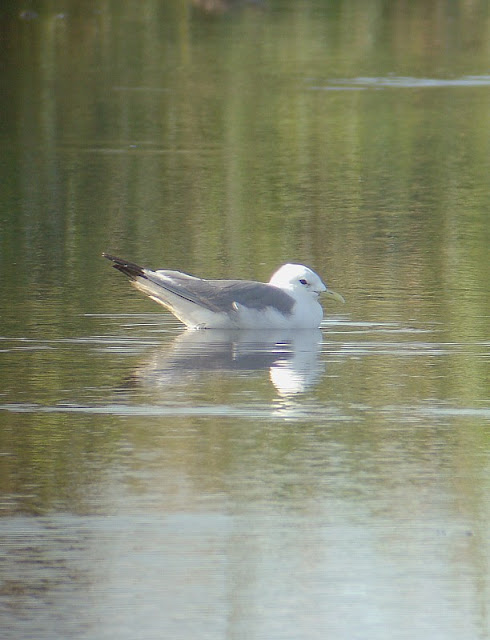 Kittiwake, hopefully soon to be heading off back to sea.

I was hoping to get a few photos of the Ruff but they didn't come near enough. When I arrived at around 6.30am one of them was reasonably close to the hide but directly in the sun. 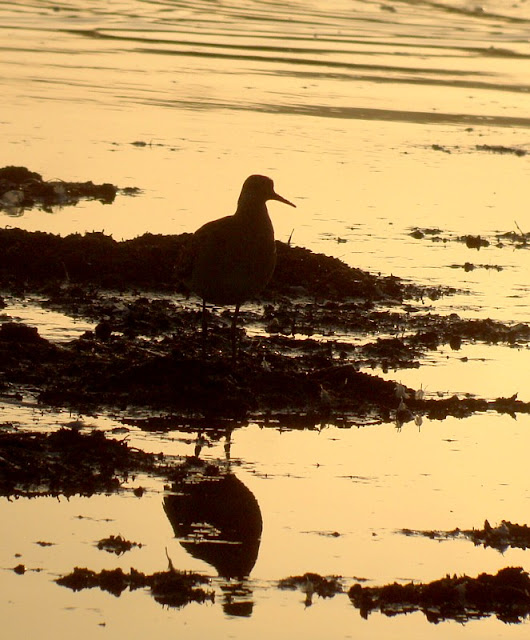 Ruff in sunrise... It's artistic don't you know!

The resident Little Egrets were posing beautifully tempting me, nay, challenging me to try and take a decent photo of them. I don't often bother to try, they really are so difficult to get right. I accepted their challenge this morning and had a stab at some. A few came out okay. Well for Egret Photos! 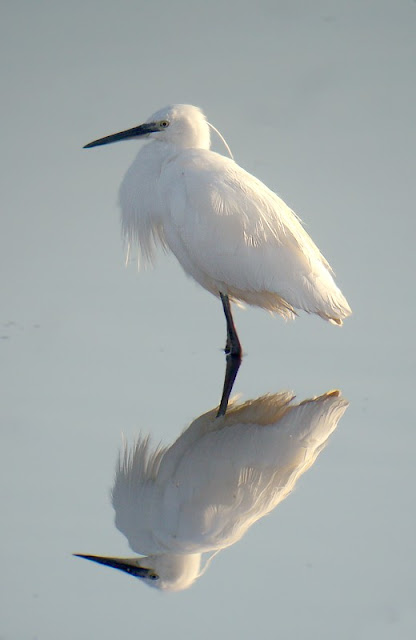 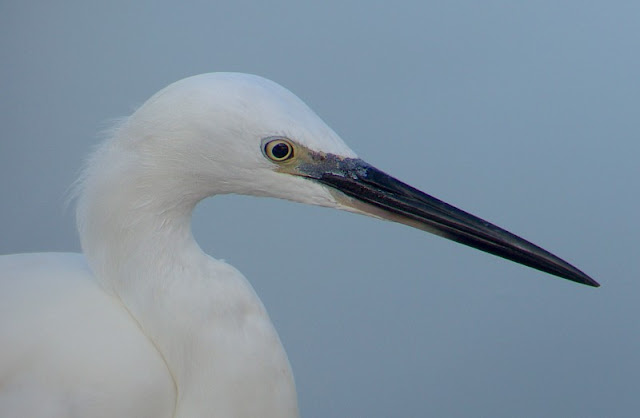 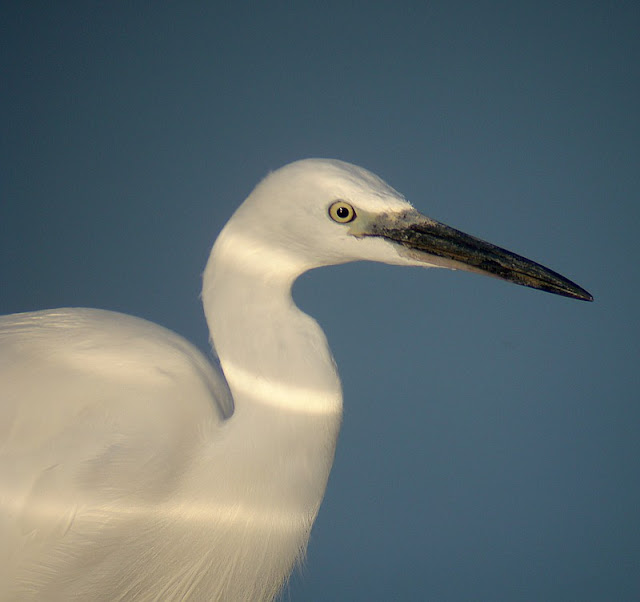 I also took a couple more photos of the Spotted Redshank, seeing as it came quite close again it would have been rude not to! It was with a Redshank and I tried to get a shot with both in it, to show the difference. 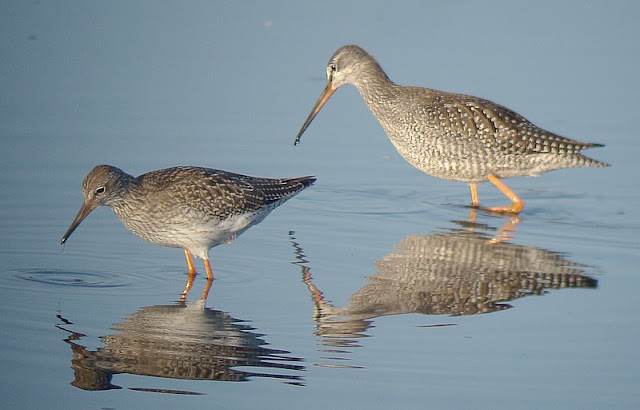 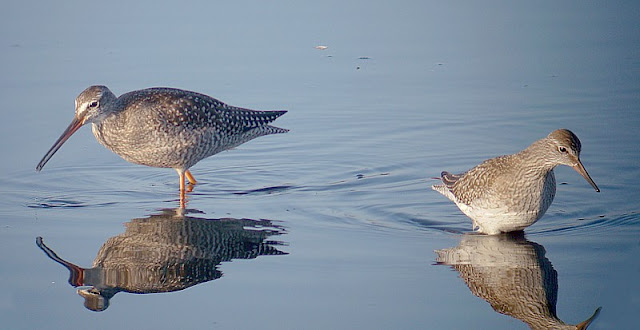 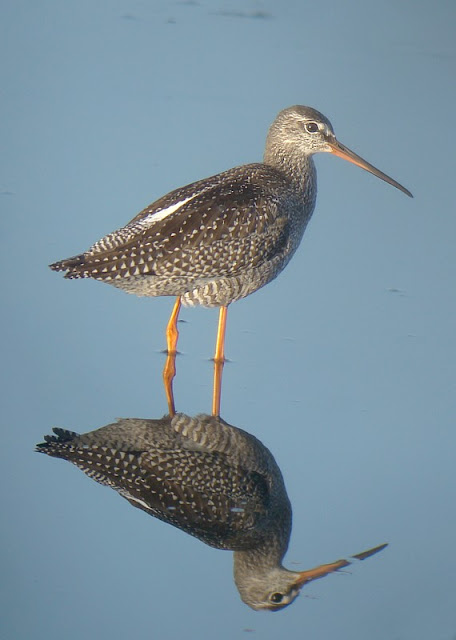 Posted by Karen Woolley at 4:26 pm