Blues on The Beach

On Sunday lunchtime, seeing as it was such a nice day for a change and I'd already seen (very belatedly) my first Painted Lady of the year earlier in the morning, I took a walk along a nearby stretch of coastline looking for butterflies, especially blue ones and one blue one in particular. I soon found ..... 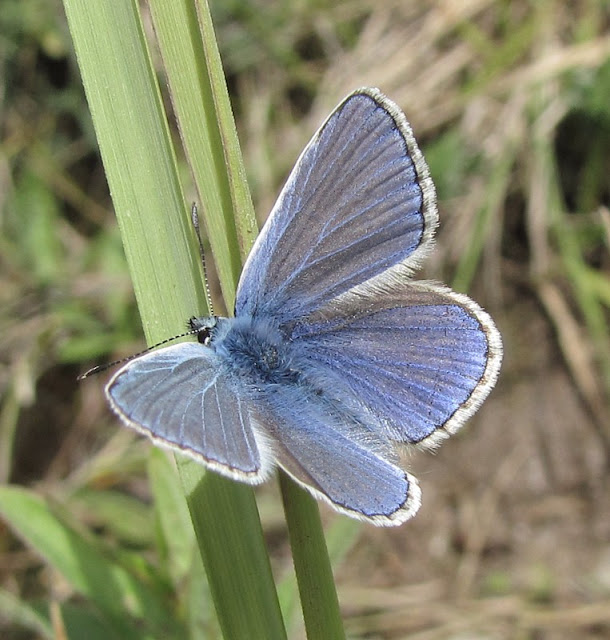 A gorgeous fresh male Common Blue. It's good to see them in decent numbers now as they had a particularly dire spring and early summer. 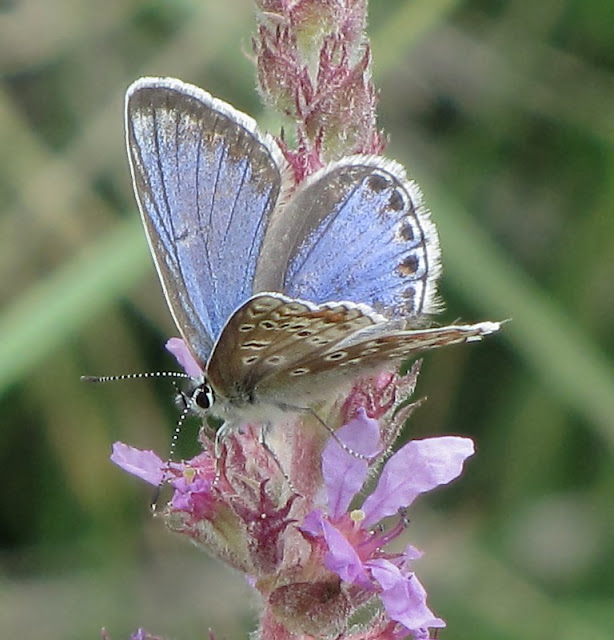 This is a female Common Blue of the  uncommon blue form.


My main target species was this ... 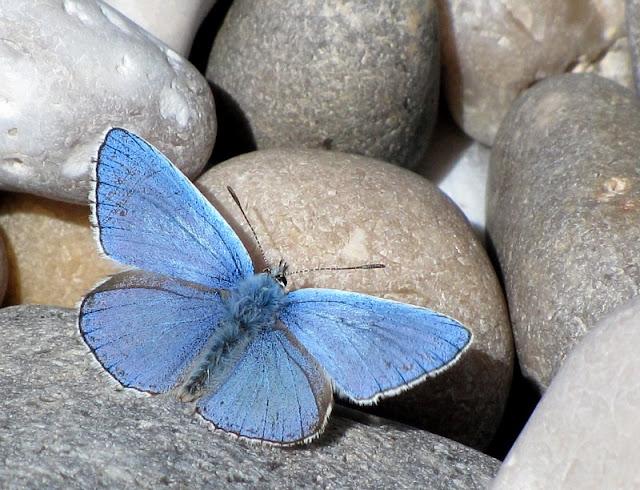 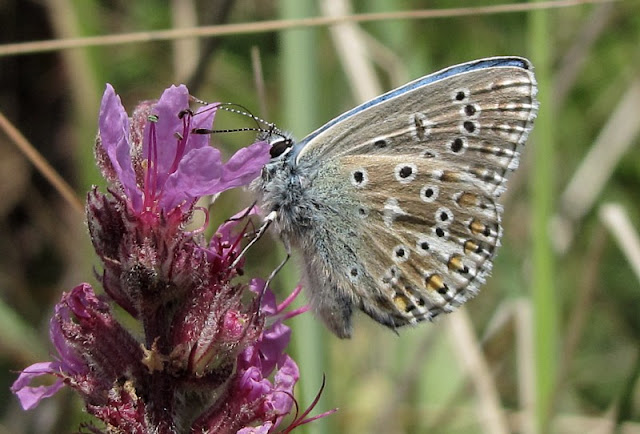 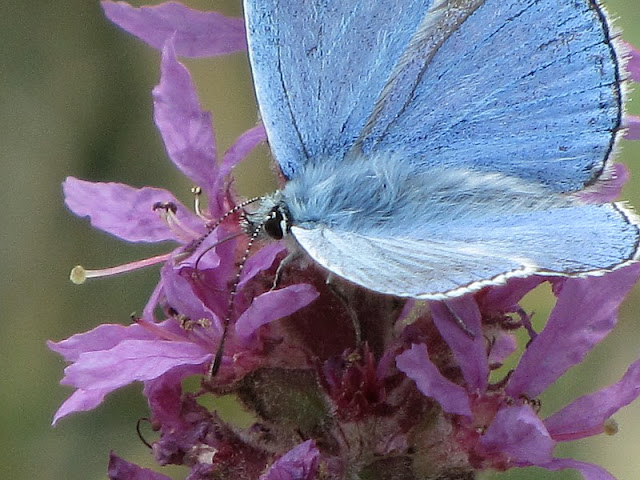 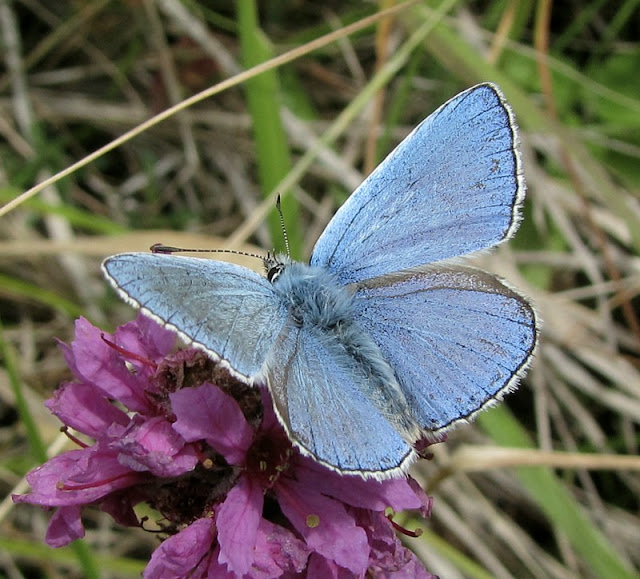 The butterflies were all nectaring on Purple Loostrife. 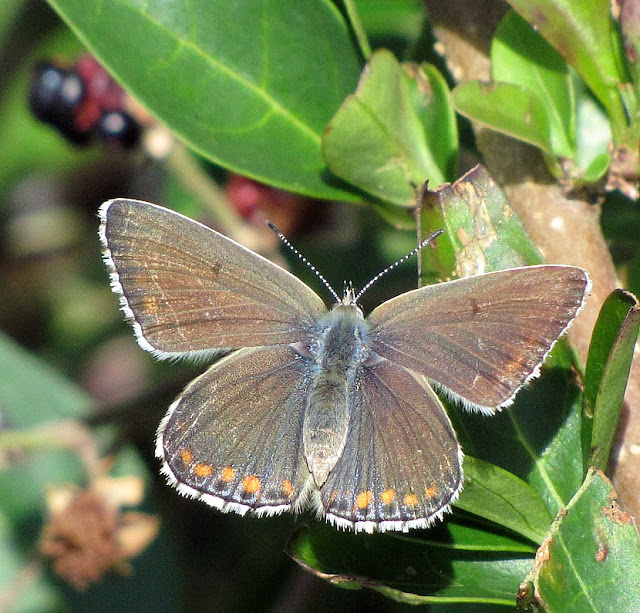 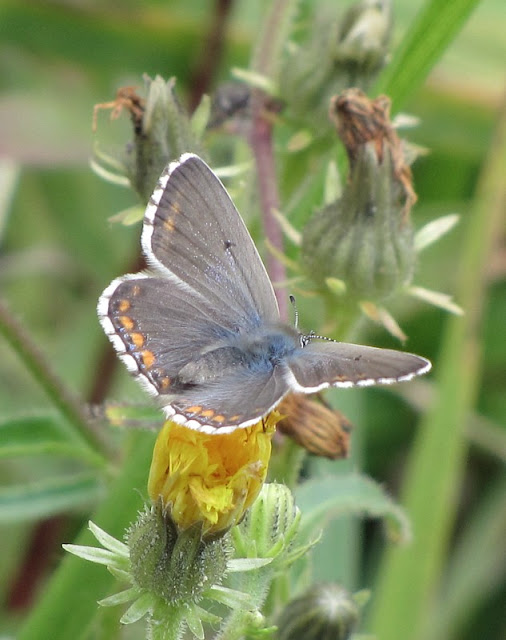 There were two or possibly three males and the two females pictured above. Adonis Blues were also seen at the same site last September and although this is the only known site for them in Devon (and is on private land) its location was inadvertently published last winter, albeit briefly. I obviously won't divulge where exactly it is but I am quite sure that lots of interested locals are already 'in the know' about it. So if anyone goes along to see them please don't leave the beach. The cliff area is private property as well as being a conservation area. I took all of these photos standing on the beach where the butterflies come down to nectar on the Purple Loostrife  and other flowers just a couple of meters away. They sometimes come onto the beach itself as my first photo of the male shows.

Although it is undoubtedly fantastic that we have this small colony in Devon, personally I think it is a little bit suspicious. It is a long way from the nearest known colonies in Dorset, the butterflies are known to be extremely sedentary in nature and the habitat is all wrong. Adonis Blues are known to require well grazed short turf and this area isn't grazed at all not even by rabbits. Just along the coast a bit there are several areas which have much more suitable habitat and these are where Chalkhill Blues are still just about hanging on. These areas would be much more likely to be re/colonized in the highly unlikely event of  'a wanderer' arriving at one them. I think it's a bit more than a vague possibility that the Adonis Blues have been 'put down' here, i.e. the result of an unlicensed release, especially bearing in mind the Marsh Fritillaries I found on patch back in May. 'The Phantom Butterfly Putter-downer' of East Devon strikes again!?

This morning I made a brief visit to Black Hole Marsh where the weather conditions were atrocious. All yesterday's waders were still present bar the Spotted Redshank which I couldn't spot. Not to say it wasn't there though as everything was well spread out and I couldn't see to the south very well because of the howling headwind! A couple of the Ruff came near enough for a photo but the light wasn't really good enough. Still I'll post this one because it shows the difference in colour and size of the male and female or Ruff and Reeve to be correct. 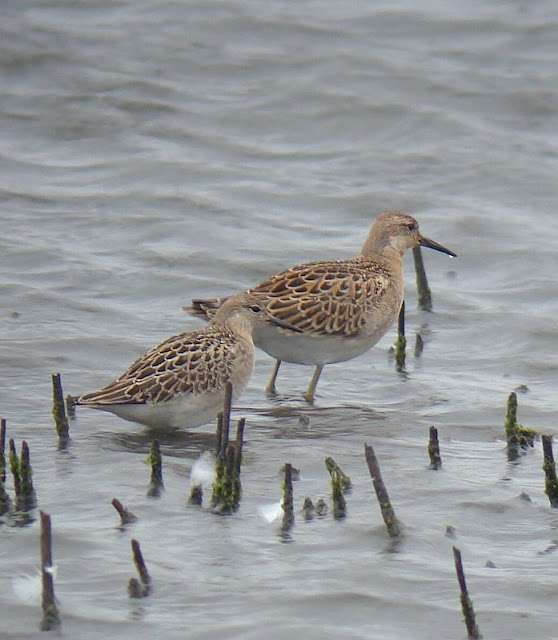 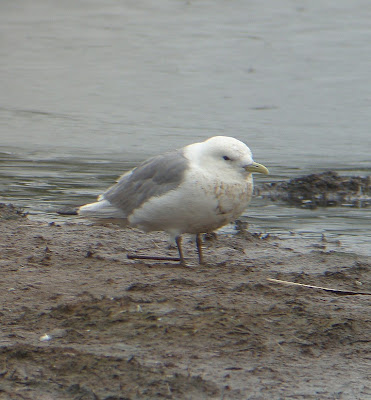 Oh dear! This isn't something I was hoping to see today.
The plumage is starting to look unkempt and the eye dull and lifeless... So sad to see birds when they get to this state. I suppose this happens daily out at sea where individuals like this are probably picked off by Great Black-backs and Bonxies.