Just couldn't resist twitching the Blue-winged Teal in Wales on Sunday, after all it was only three hours away! There was also the chance of a bonus Green-winged Teal with one having been found in Gwent ( which is 'en route' ) on the Friday. We left early to avoid the traffic, which with the clocks going forward meant getting up ridiculously early. We drove straight to the Blue-winged Teal, which was at Sandy Water Park near Llanelli, arriving on site at just before nine. While I was busy buying a car parking ticket Bun strolled down to the waters edge and there it was, asleep. 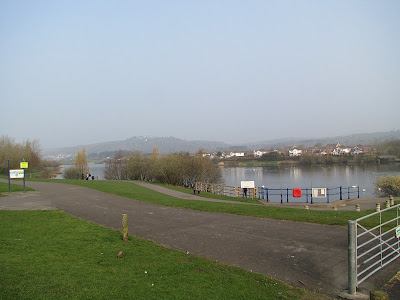 View from the car. The duck was asleep just below that wooden fence.Ten yards from the car park just the way I like 'em! After it woke up it had a good preen and flew off before I could get any photos. It was way too close to digiscope. 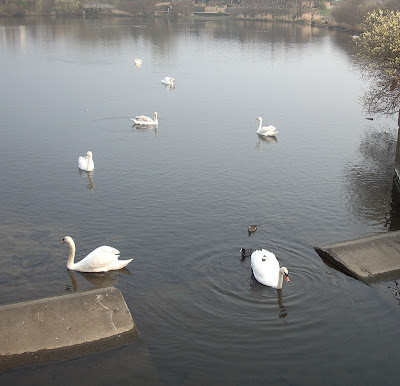 It soon came back though.
It was difficult to get a good view of this 'mobile and elusive' bird..Well, it did keep getting obscured by Swans! This photo was taken with a compact camera with no zoom. Shows how near it comes. Even a five year old with their 'my first camera' ought to be able to get a decent photo of this duck. I had the old 'not so super' super-zoom with me.... So, no pressure then!! 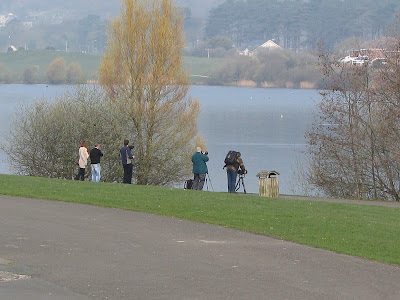 We were the only birders ( or should I say twitchers?) there for a good while. This was the scene when we left. I love twitching birds that are lifers for me but which most twitchers have already seen. Much less stressful :-) 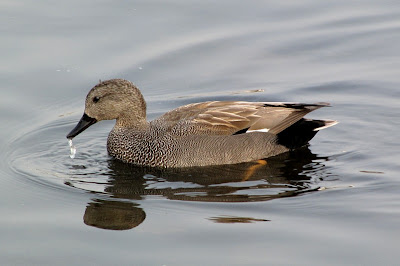 Oops! That's not it...
It was often being 'seen off'  by this and other Gadwall. 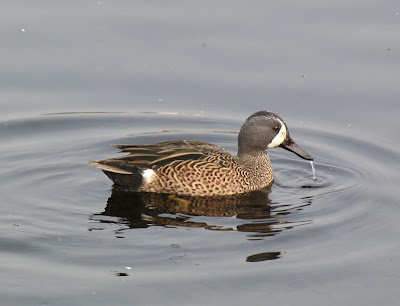 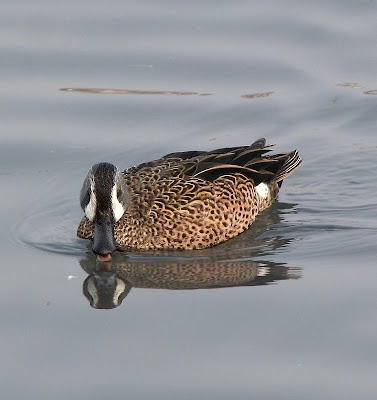 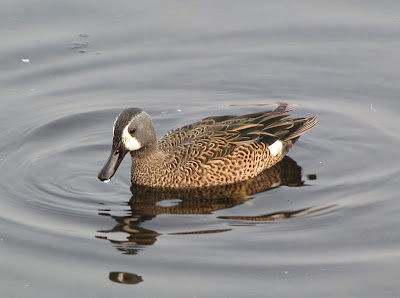 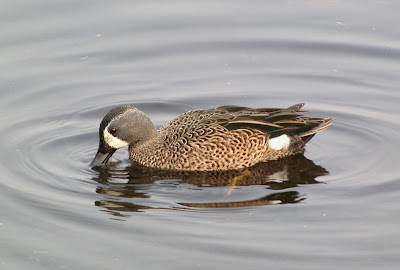 Phwoar! What a sexy little duck 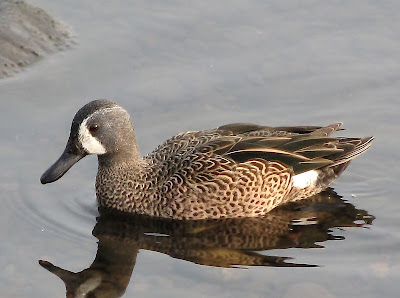 A short video clip...yes, those little white specks are remnants of bread.

With the Blue-winged Teal in the bag it was time to try for the Green-winged Teal, this was near  Peterstone Wentlooge village at a place (interestingly) called Peterstone Gout. It couldn't have been more different to Sandy Water Park. 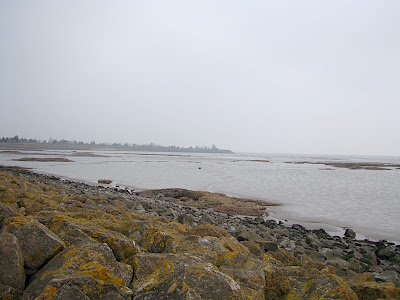 Looking East.
There were lots of waders and wildfowl out there but many were obscured from view in channels so we decided to walk round to the sea wall at the other side, just visible in the distance. As you can see the visibility here was pretty poor. 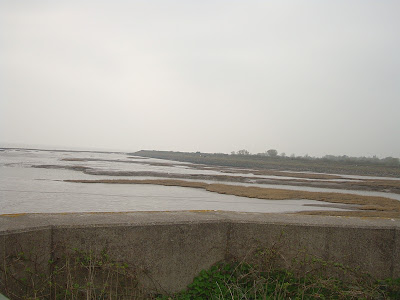 From the sea wall looking west. Bleak isn't it? Bun spotted the Green-winged Teal in the channel on the right of the photo. We had good views of it here but it soon flew to join the other Teal out on the tide-line. I managed a couple of record shots before it flew out though. 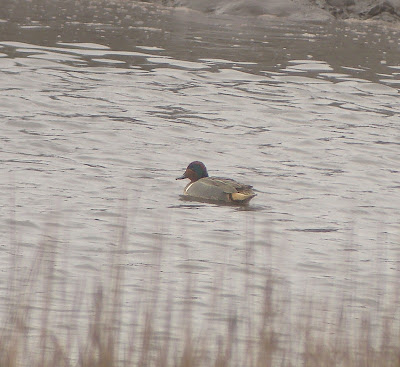 The 'best' shot I got. It was getting further away from this moment on. 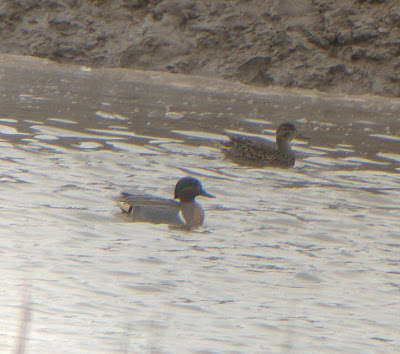 He was already 'paired up' so some nice hybrids on the way soon.
I can't believe I've never noticed the little crest/peak at the nape on Teal before. The Eurasian Teal had this too, part of breeding plumage I assume. I should look more closely in  future.
All in all a brilliant day, two lifers for us both and home in time for tea! Perfect!

Today we had a new moth for the garden in the trap, a Water Carpet. I would have a photo to show you if it hadn't escaped. It's in the kitchen somewhere, I'll try and lure it out with a torch in minute.... Photo to follow.. If I'm successful

On Thursday I was ringing at Colyford Common/ Stafford Marsh with the AERG. Although a flyover Red Kite at 'Gigrin Farm' range was a treat, for me it was surpassed by ringing my first ever Bullfinches, one of each too. 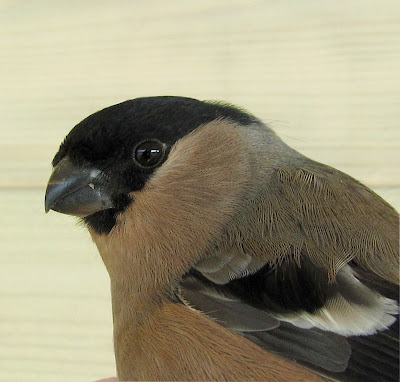 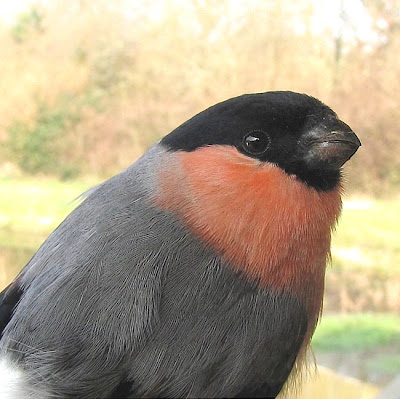