It's still a bit quiet on patch, so this afternoon I popped over to Alysebeare Common again to look for the Great Grey Shrike, not only for my benefit though as I took Bun along today for his fourth or fifth attempt to see this particular bird. The weather had improved somewhat today with the biting northerly wind easing and veering easterly, subsequently it was quite warm on the common.We were hoping this might tempt a Dartford Warbler out of hiding but it didn't. I really do hope there are at least a few left. Good job they are hiding (if indeed they are) though with the Great Grey Shrike still around. The Shrike hadn't been reported since the 2nd but I had a hunch where it might be found and I was right, which was nice! Bun spotted it only a few minutes after we had arrived on site and we eventually had superb views down to about 12ft ( unfortunately a gorse bush in the way prevented a photo at close range). It gave another great display of hovering too. I tried to digiscope this, it was never going to work though! I did get some nice shots of it when it kept still for long enough though. Great bird to see but I'm hoping he moves on soon so the Dartfords can return, which I'm sure they will. 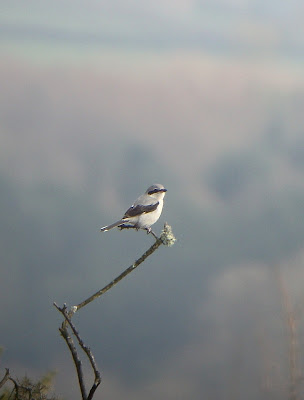 Most often this distant 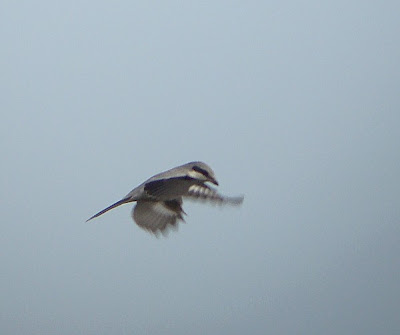 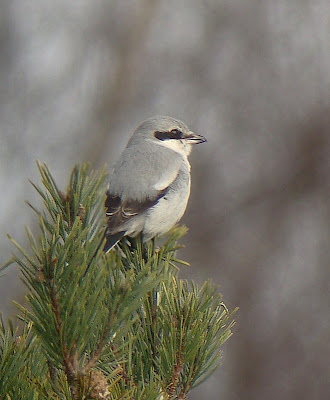 It came close enough for a few decent shots though 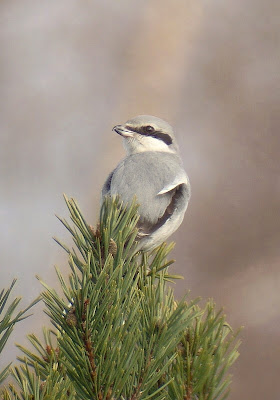 That bill looks lethal, like the blades of secateurs... with a bill hook on the end!
(click photos for closer view) 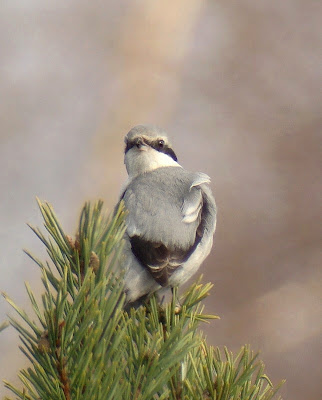 Look how narrow the bill is.
I've never got a good head on view like this before. 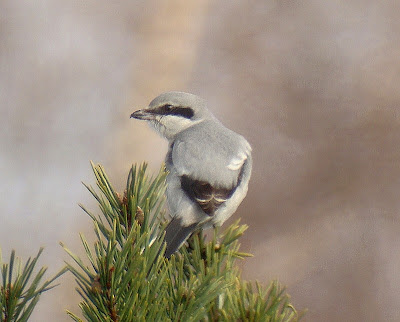 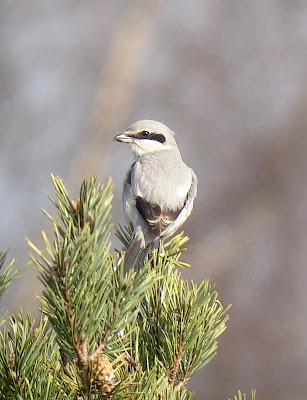 Posted by Karen Woolley at 8:27 pm

Nice find, I've only ever seen one of these long long ago back in the UK, I wasted several afternoons chasing ones here in Japan this winter with no luck.......