This morning saw me taking my seventh walk to Branscombe and back and this time I actually saw some nice migrants. On reaching Bransconbe I noticed a couple of Wheatears down on the grass by the car park. I was just rushing down to get a closer view when a dog walker flushed them. They came towards me and the couple turned out to be eighteen! They made their way quickly up two fields and were soon out of view and heading inland. Just goes to show it's all down to timing, if I'd arrived here ten minutes later I'd have seen nothing. It's always a real thrill to see your first Wheatear of the year. Well it is for me. I wondered if this meant that Wheatears were also coming in on Beer Head. I decided not to walk through the undercliff today but retraced my steps back up the slope to the Hooken cliff-tops. It wasn't the easy option as this is a harder climb than the path out of the undercliff. Look... 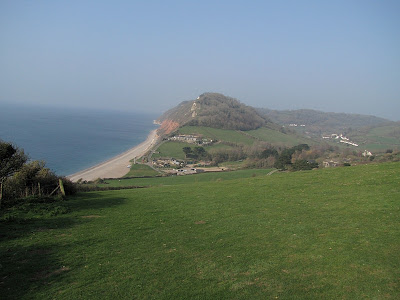 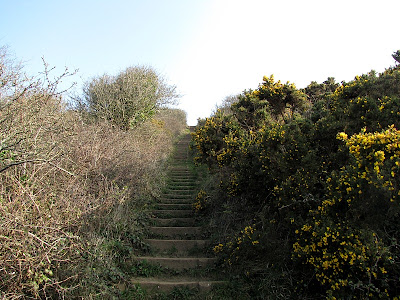 You're treated to this. There's over one hundred of them, and your still not at the top. 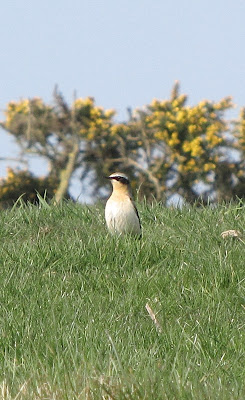 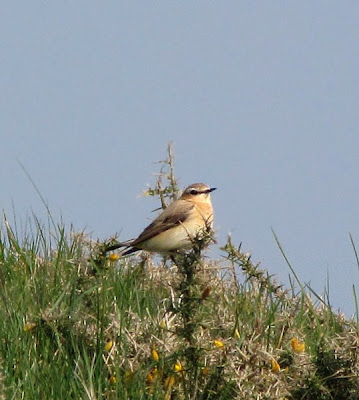 Wheatears at last!
I didn't see any more birds on Beer Head at first, apart that is for a few small flocks of Meadow Pipits going over. I was just approaching The Dell, checking for Adders in the adjacent field when I spotted what looked like a male Ring Ouzel, it was a long way off but unmistakable, it was definitely a Ring Ouzel. My first spring one on Beer Head. There were also at least eight more Wheatears here. I skirted around The Dell hoping not to flush it. I took a distant record shot but it soon flew out of sight. I sent out a text to the local birders but couldn't wait for them as I needed to get home. I was very relieved when I heard that they had relocated it in a small copse in the centre of The Dell. It's really nice to find something others want to twitch, I'm afraid I don't oblige very often. 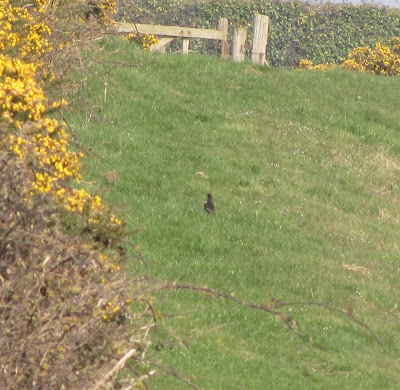 My stunning record shot... must do better.
I put off doing a few chores (getting my priorities right) and headed back up to Beer Head with my scope hoping for a digiscoping opportunity. Gav was still there and he had recently enjoyed good views but the bird had gone to ground again. After waiting about  twenty minutes or so it popped out again and fed in the open for quite a while until flushed by a dog-walker. 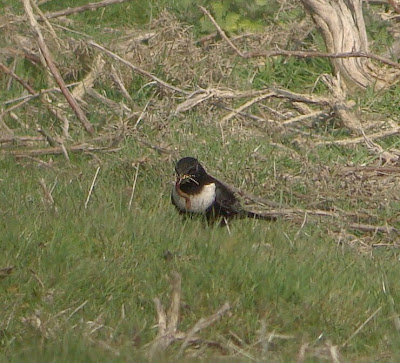 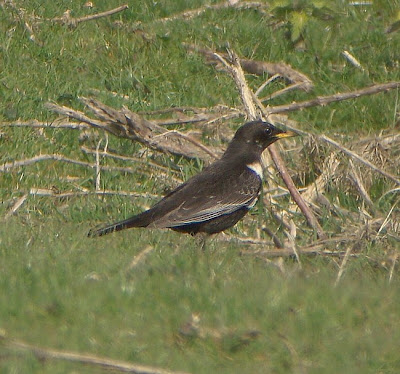 It had  distinctive white spots on either side of it's head 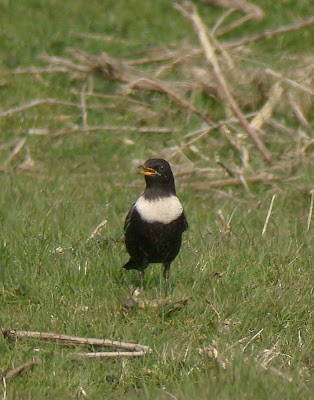 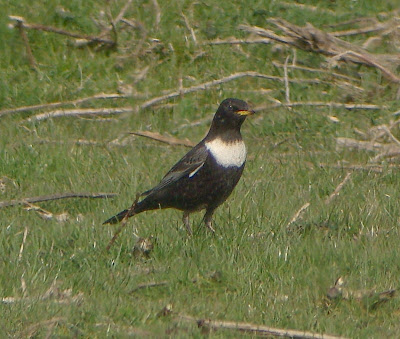 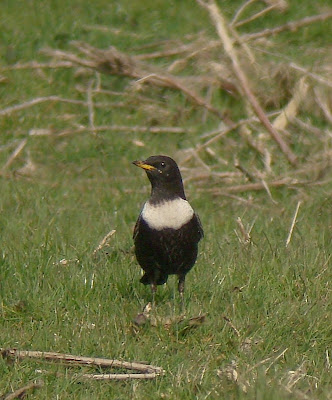 A stunning Rouzel Karen, always a good patch find! Still waiting for them to arrive on my patch this spring tho i'll keep an eye out for your distinctively marked ♂ you never know!