After a day spent almost entirely indoors yesterday (save for the daily (unsuccessful) Waxwing search) I decided to get out in the fresh air a bit. After hearing from Bun that he'd eight Bramblings in his garden I made my way over there with my folding chair, camera and scope hoping to get a photo of one. I found if I kept reasonably still the birds either didn't notice me or just ignored my non-threatening presence and I was able to enjoy superb views. I noted six Brambling in total with two being males, I got the photos I wanted and a lovely cup of tea too!:-) 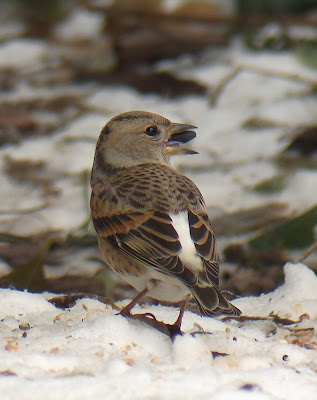 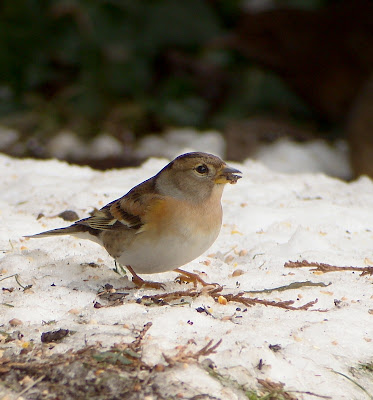 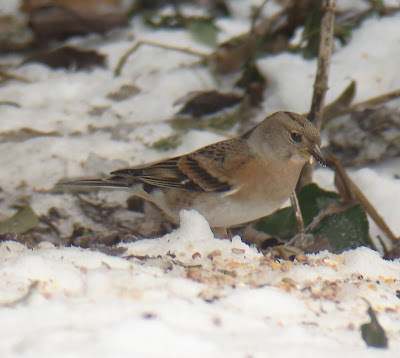 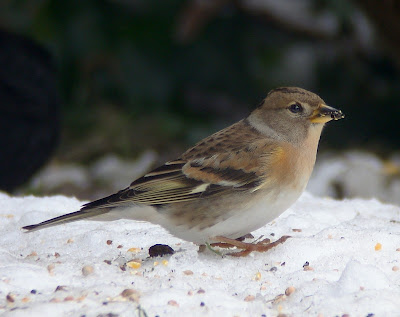 .
A bit later in the day I noticed a couple of brown blobs on the town centre play park which backs onto the southern end of Seaton Marshes. I had my suspicions as to what they were, so ventured a bit nearer and scoped them. I was pleased to see that they were indeed what I'd suspected. Woodcock. One of my favourites, though don't ask me why because I don't know. It's just 'something about them'. I've never witnessed any roding yet, I must rectify the situation this year. 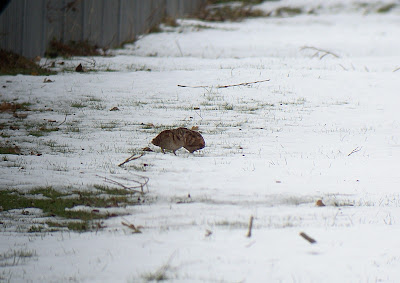 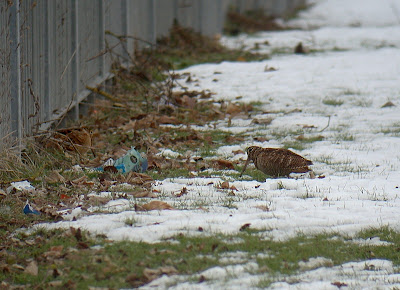 ... were two Woodcock. There are two, one of them is to the left of the sweet wrapper by the fence. 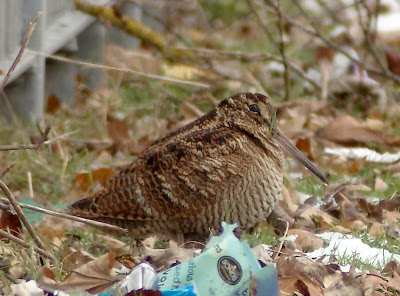 And here it is. I didn't approach any closer to take this photo I just used the zoom on the scope, it doesn't always work but it did today! :-)
Posted by Karen Woolley at 6:57 pm

Nice shots of the Bramblings and Woodcock!