It isn't often that I don't post anything on my blog over the weekend. Does that I must have had a really uneventful one then? Not on your life!! It's been superb! Three lifers in three days no less!  Why no blogging then? Well, that's because I've been really under the weather with some horrible virus or something, I've been managing to get out and about but by the evenings I'm so exhausted that I can hardly lift finger to keyboard, let alone conjure up anything intelligible to write (that's if I ever do).

Three lifers were, Kentish Plover at Dawlish on Friday, Wood Warbler (yes don't laugh that's right) at Yarner Woods, Dartmoor on Saturday and best of all, Subalpine Warbler, at Hengistbury Head, Dorset yesterday. Want to see some stunning photos of them? Well you'll have to look somewhere else because my good fortune ended with seeing the birds, which is cool. I do have some contingency lame excuses for the lack of photos though.

The Kentish Plover was quite distant when we arrived after having been a lot closer, the heat haze didn't help either. There was every chance it would wander nearer in time as some of the wader flock had done, but I wasn't feeling all that well so it was a bit of a tick and run scenario really. Nice bird though.

The Wood Warblers were superb, I can't imagine why I hadn't made the effort to go and see them before now! Getting a photo though was going to take hours and hours as the birds were always very high in the canopy and never still for long enough to even get your scope on them. I simply can't imagine how Steve managed to get good shots of them low down in bushes! ;-)

The Subalpine Warbler was simply stunning, but very mobile in dense Blackthorn blossom, and views were therefore typically brief. We did eventually see it really well, singing too, but I didn't want to spend valuable time looking at it through an electronic viewfinder.

Today I went to Dartmoor again, this time hoping to get my first ever views of Pearl Bordered Fritillary, quite early but I'd had a tip off (thanks Dave). There were certainly plenty of them on the wing and nectaring on ground ivy and dandelions. Also a couple of mating pairs. I did get photos of these, like so: 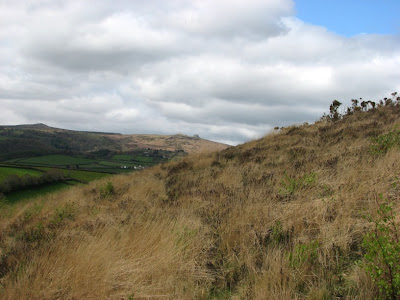 The site.
It's always worth taking a photo on Dartmoor, such stunning scenery. 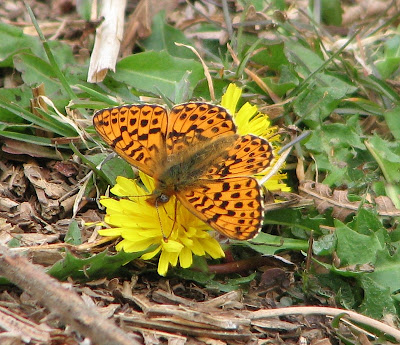 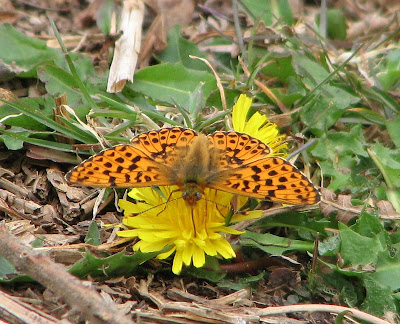 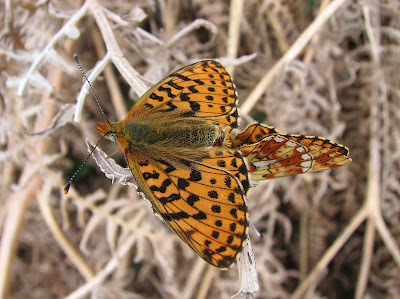 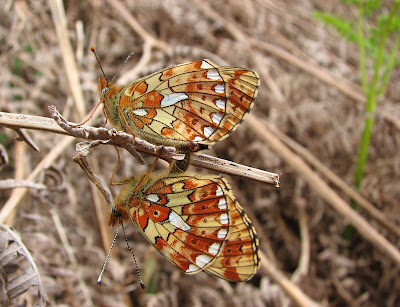 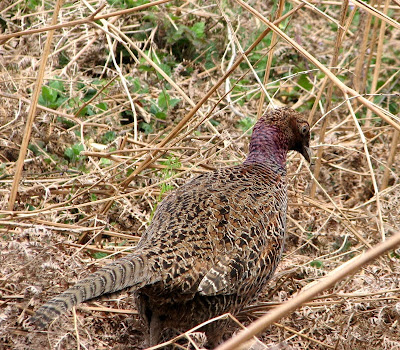 I was accompanied for most of the time by this funky looking female Pheasant.
Perhaps I've led a sheltered life but I've never seen one this dark colour before, especially the purple neck!
On the way home I stopped off at Aylesbeare Common, very glad I did too because I saw some great birds including two Hobbies hawking for insects (bumblebees I think) over the common, my first this year. Another year first was a singing Cuckoo and I also enjoyed superb views of a male Dartford Warbler, definitely one of my favourites! 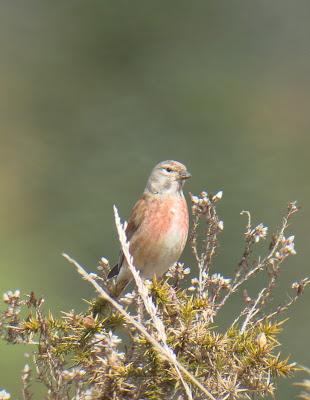 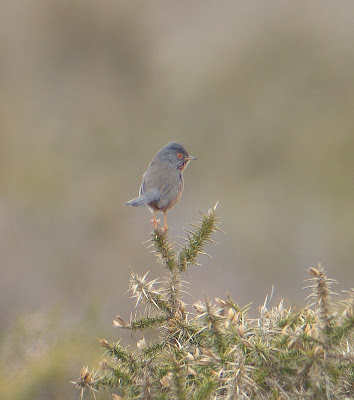 I wish the Subalpine Warbler had shown like this Dartie!
Last Thursday on the way to the local tip (recycling centre), I noticed that the roadside Early Purple Orchids were beginning to flower. I'm really looking forward to the upcoming Orchid season, plenty of new ones still to see! 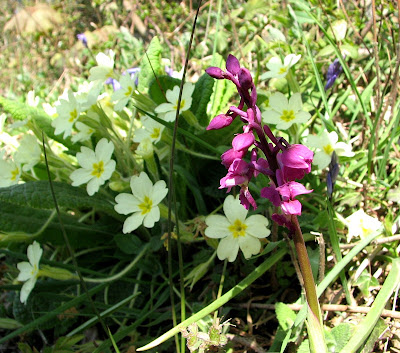 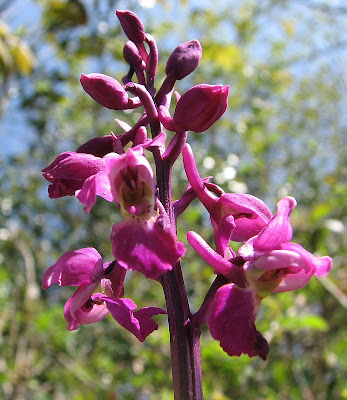 Lastly, and what you've all been waiting for (go on you have) MOTHS! We've had a couple of new moths for the garden this weekend as well as our first migrant of the year, predictably the Silver Y. The new moths were: 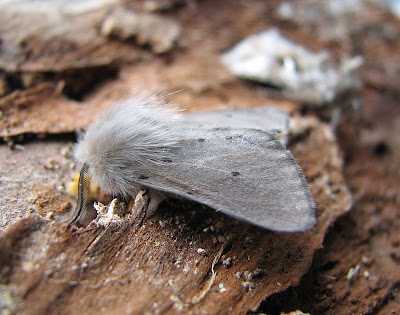 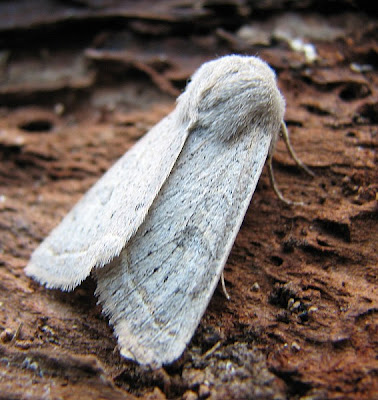 Powdered Quaker
Not new as such but worth a photo is this first generation Purple Thorn. 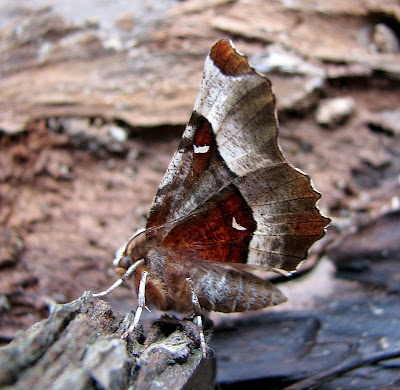 The markings on the underwings of the Pearl Bordered Fritillaries are amazing - they look (better than) hand painted.
Have only seen leaves of Early Purple Orchid on the IoW so far - must visit the tip and see if that helps.
Very interesting post.

Great blog - nice to see a blogging birder with a good sense of humour!

Thanks for kind comments, much appreciated as always.