Wood Whites at Branscombe and Plants at Bystock Pools

Yesterday we went to see Wood Whites at Branscombe, Under Hooken. There were about a dozen individuals on the wing including egg-laying females. I managed to get some nice photos of their courtship behaviour for the first time. There were absolutely loads of Holly Blues which was great to see as numbers have been rather low at other sites we've visited. Also a few Dingy Skippers, Common Blues and a single Wall. No sign of any Small Blues again this year. A few weeks ago I visited Bystock Pools nature reserve looking for Marsh Violet which I found in good numbers I also found Round-leaved Water Crowfoot. 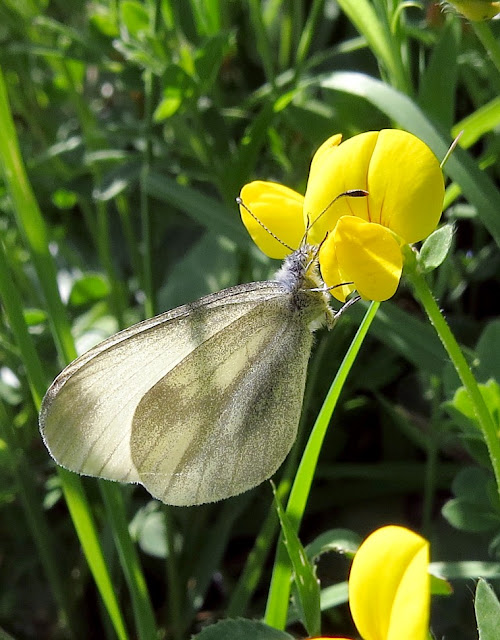 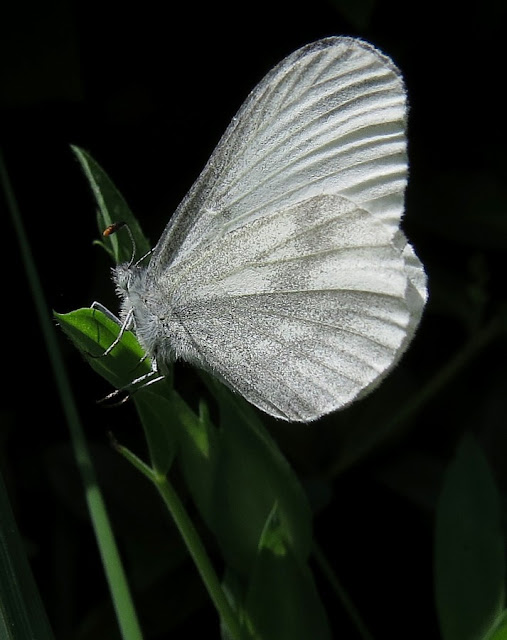 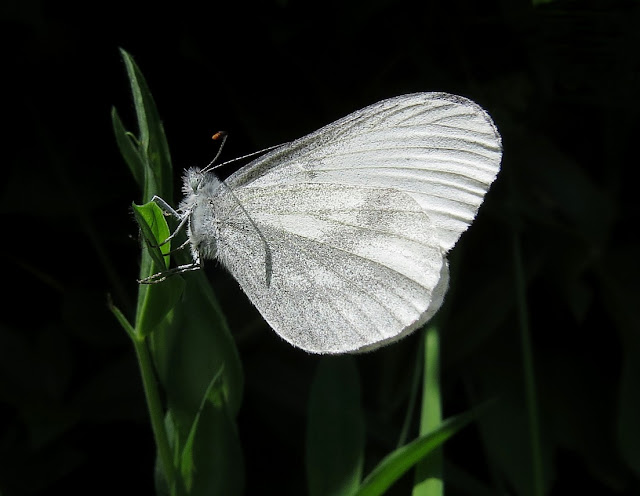 Wood White - Leptidea sinapis
This is a female on Meadow Vetchling. She was just about to lay an egg but was disturbed by a male. He approached and commenced his courtship ritual of sticking out is proboscis and waving it and his antennae about. Eventually after having little response from the female (who had already mated) he went on his way and she was able to continue laying. 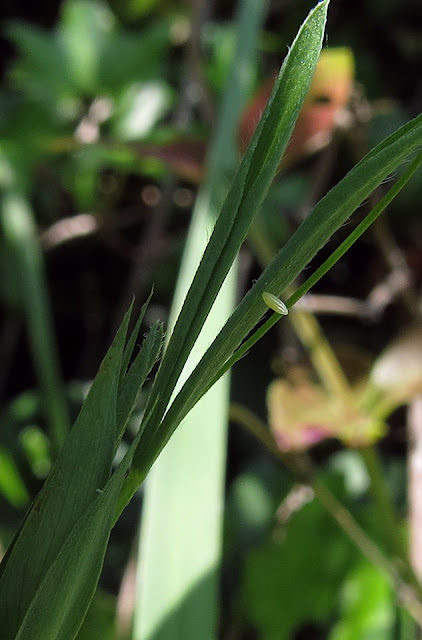 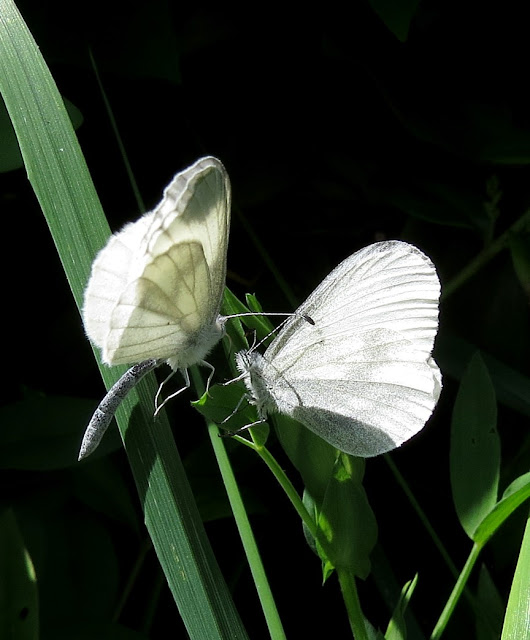 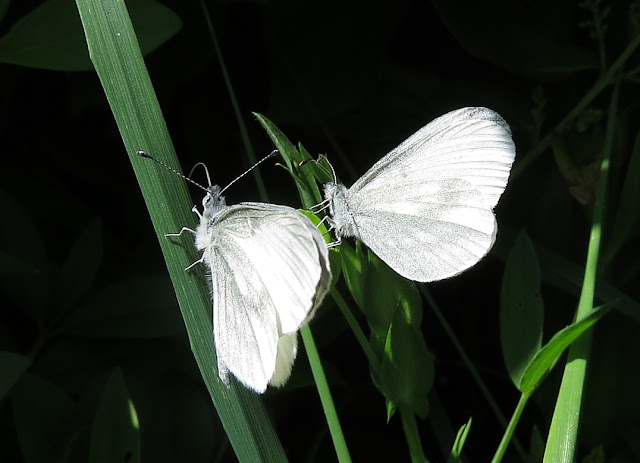 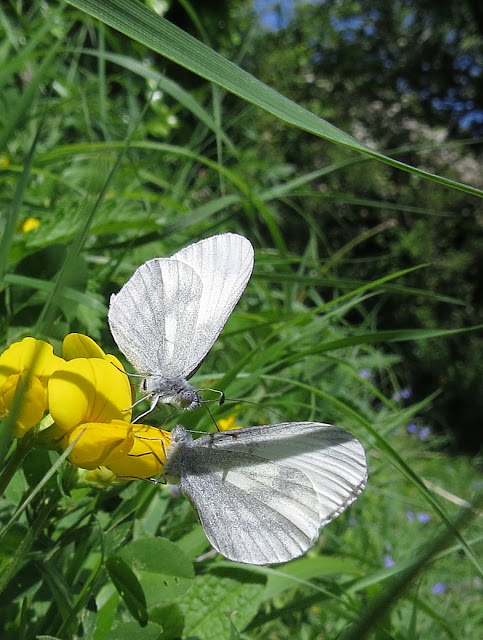 Another encounter between a male and female and
again the male was rejected,despite some very impressive proboscis waving! 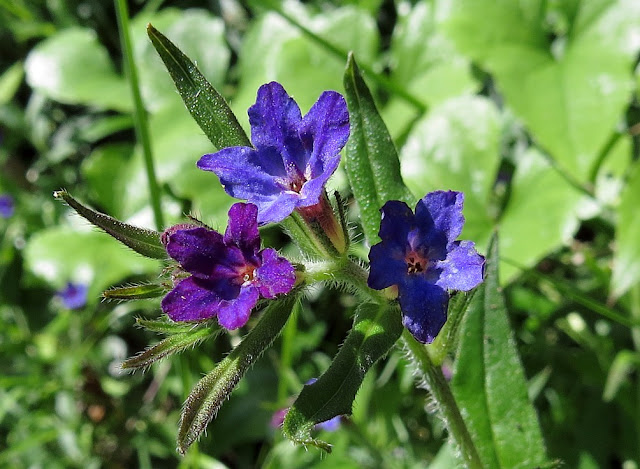 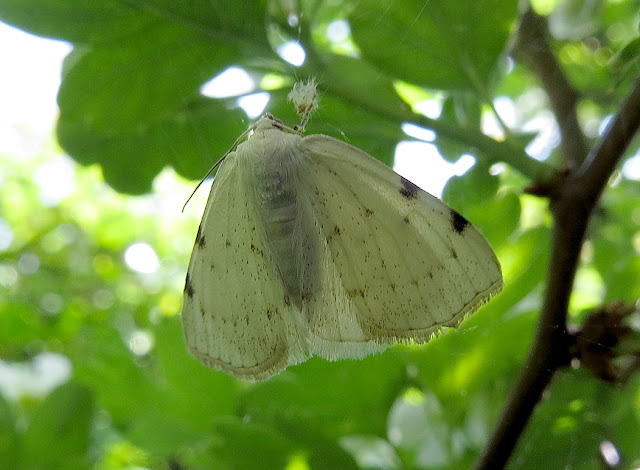 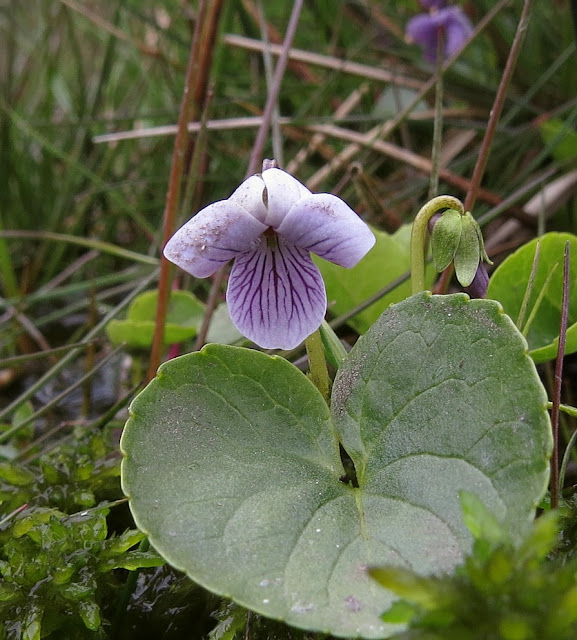 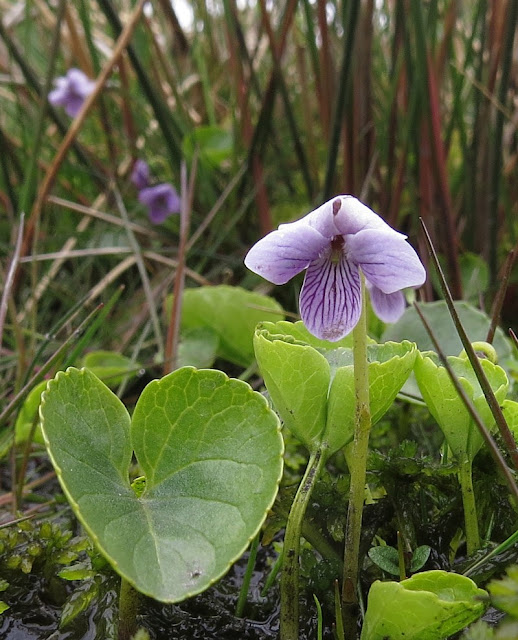 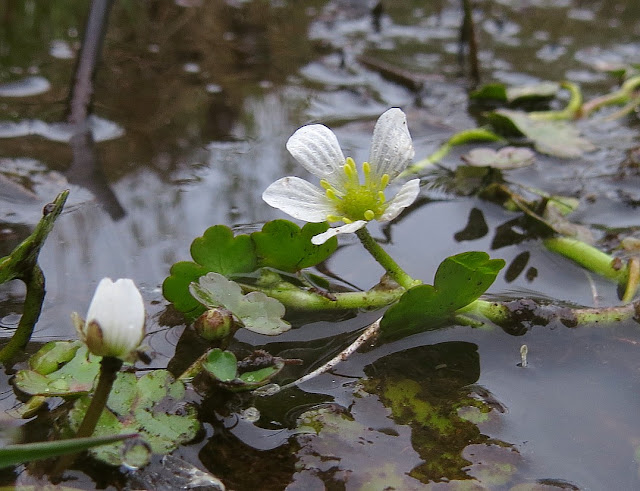 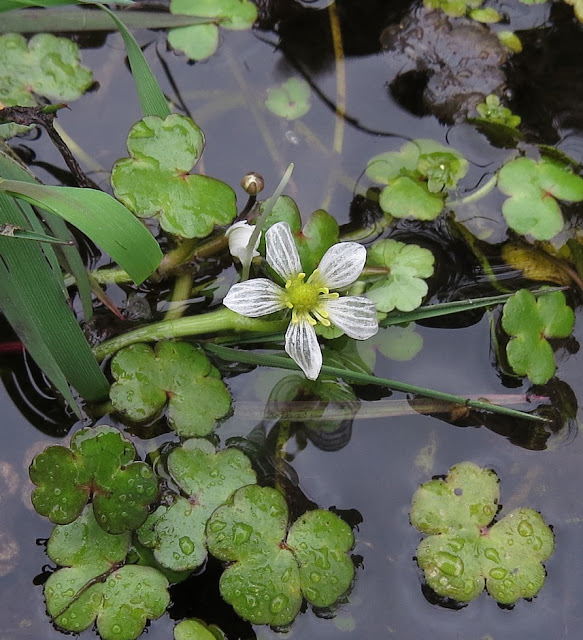