Very early this morning I drove over to Somerset to have a look at the hybrid Bee x Fly Orchids on the side of the A303.  I went early to avoid the bank holiday traffic, which was already building up on the way back to Devon and also to reduce the fear factor of of walking along the side of the A303 with its speeding traffic! It's worth it though as these orchids are simply stunning and I never get tired of seeing them and after having not visited the site last year another visit was well overdue. I couldn't see many Bee Orchids but it's probably still a bit early for them and the other parent, the Fly Orchid I couldn't find at all, although I didn't look that hard, so there may be some. 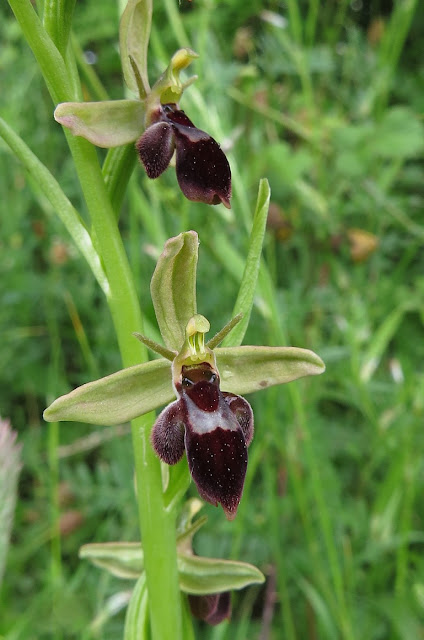 Some plants look quite like the parent Fly Orchid but 'on steroids'
with much the same overall colouring. 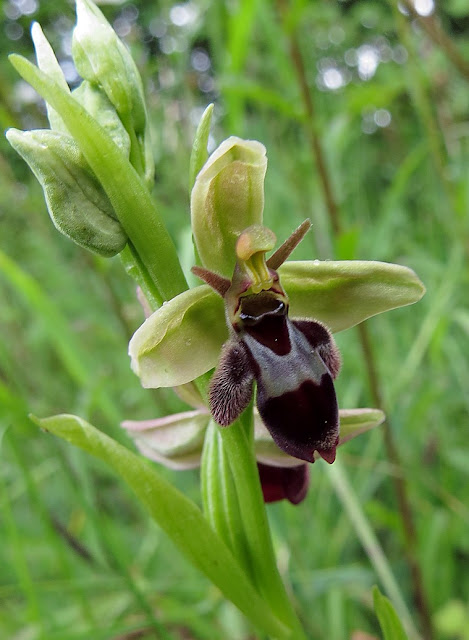 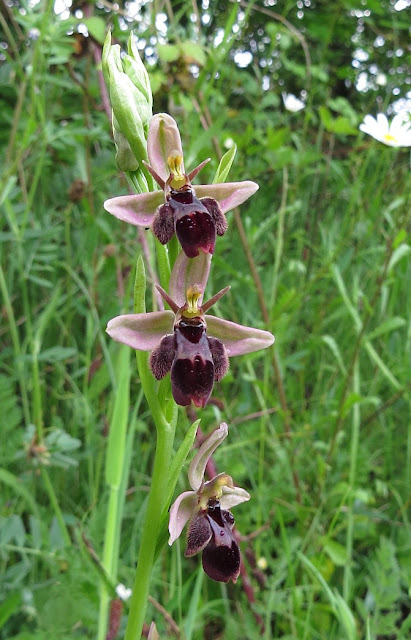 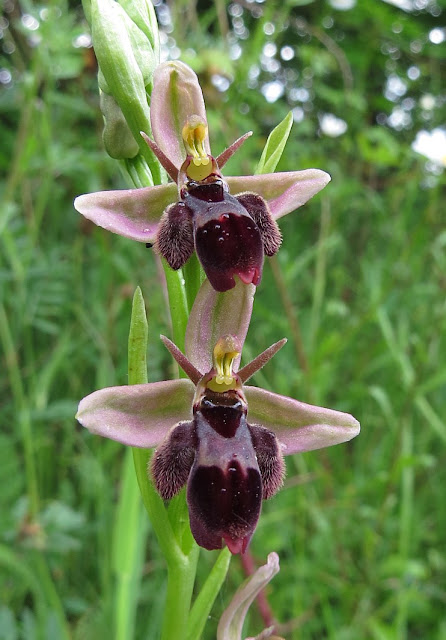 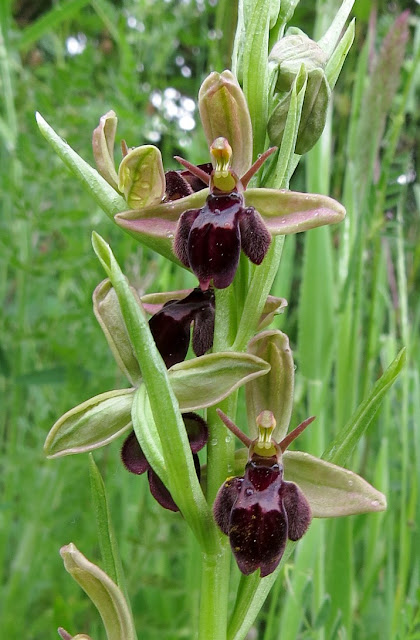 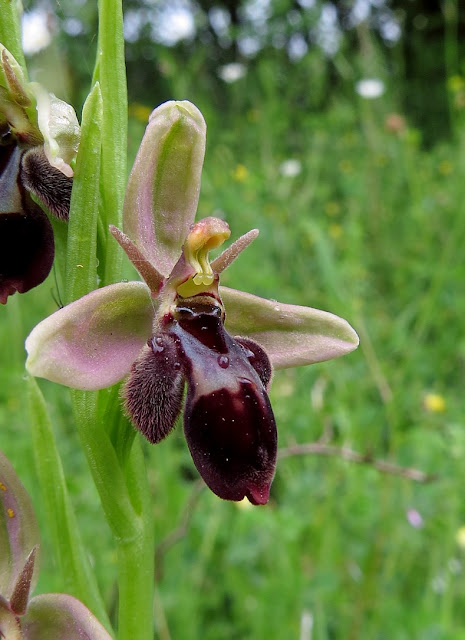 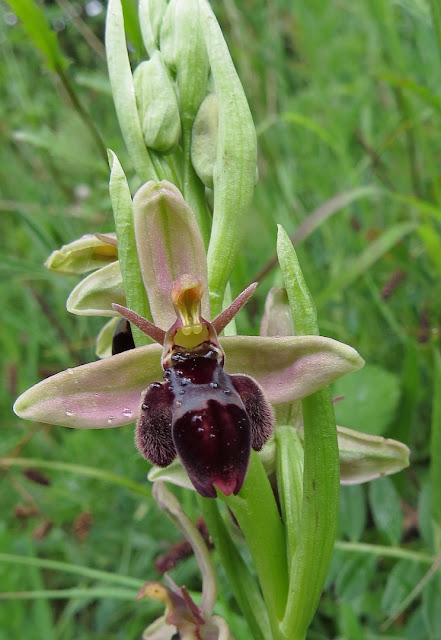 Fly x Bee Orchid
I've said it before and I'll say it again it looks a bit like an evil purple alien teddy bear with an elaborate horned helmet on. I expect to hear... "take me to your leader" .. Yes, I'm just going for a nice lie down in a darkened room.
Posted by Karen Woolley at 11:33 am

Beautiful pics again. Any chance of a grid reference? If you prefer ian.bof@btinternet.com. Many thanks.

Hi, just seen your blog post fly x bee on the a303.
Fab photos.
I am planning next years trips and wondered if you could supply a gr or location ?
Thanks
Dave
Willowpop101@gmail.com