When I saw that the forecast rain hadn't arrived by daybreak and wasn't due until mid afternoon I made a decision; a decision to do what I've put off doing several times this week already, that being  to go back to the lovely environs of Langton Herring ( of Bufflehead fame) in Dorset to see the Hoopoe. I asked Bun if he would like to go and was surprised that he said yes, coz he's seen LOADS of Hoopoes! Perhaps you can't see too many? We parked at Moonfleet Manor Hotel again and made the mile and a half walk towards Rodden Hive, the bird has been seen feeding along the coastpath here. Progress was unusually slow because the conditions underfoot were horrendous, a mile and a half of almost ankle-deep mud! 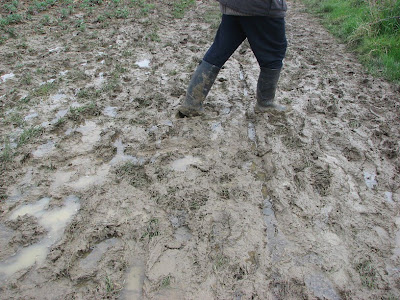 Yuk!
It made for some amusing 'fancy footwork' at times though... 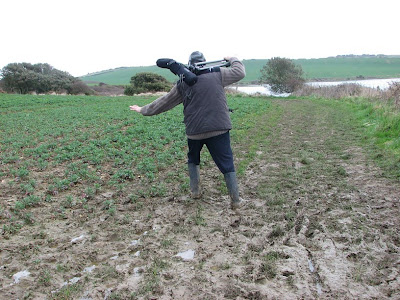 ...See.
About a third of the way there I realised I'd left my digiscoping camera in the car (yes again!!!). I had got the S3 though so a distant record shot was on the cards at least. That wasn't to be though because as we rounded a bend on the path there it was! It was no more than twenty feet away from us, allowing me to actually get a decent shot or two. We had a few good flight views too as it kept flying around approaching walkers. It seemed quite settled and just wanted to feed on the muddy path. Great bird and definitely my best ever views of one! ;-) 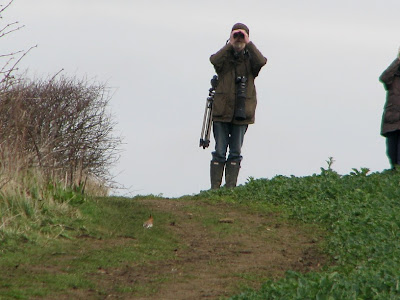 Confiding Hoopoe on path in front of onlooker. 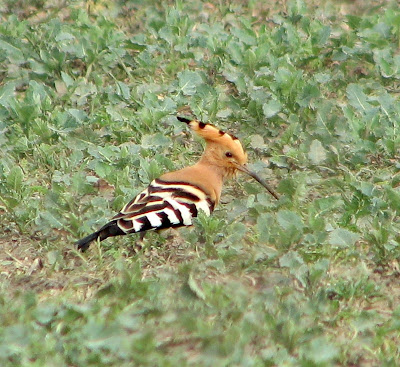 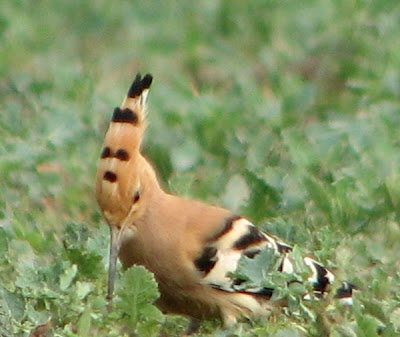 I can see why you struggled through all that mud; great shots of a super bird!

That hoopoe was definitely worth the struggle through the mud. Great post! Linda