Back on January 10th this year I spotted an adult Mediterranean Gull very close to Coronation Corner, it was wearing a white colour ring on the right leg with the number 37T8. Here it is... 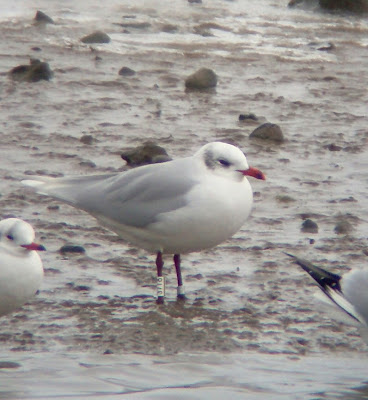 White 37T8.
I didn't have the relevant contact details to find out its life history so passed the sighting details on to someone who does, someone who's very, very, keen on gulls. I'm sure you can guess who! Anyway, just fourteen hours later the details had made their way through cyberspace from Belgium, via a certain gull enthusiast to my computer. So far White 37T8 hasn't had a particularly dazzling career, not like some of the Med Gulls Gav and Steve have featured on their blogs. But for what it's worth here it is:
Ringed as an adult on 24/05/2009 in Antwerp, Belgium. Subsequently seen on the 10th, 16th and 25th of November 2009 at Radipole Lake, Dorset (most probably on the car park!) and that was it, until my sighting in January this year.
Why am I posting it on here now? Well to be honest I had forgotten about it, I may possibly have got distracted by something slightly more interesting. I do apologise. I only remembered about it today because as I was driving  along the estuary I noticed a group of small gulls by Coronation Corner. I wondered if one could possibly be a Mediterranean Gull, as they were at a nice range for photos. I scanned through them with bins and there was indeed a Med Gull amongst them, a cracking summer plumaged adult. I set my scope up to get some photos and thought "well I never!  I know you, well I recognise your leg anyway. It's 37T8!!" ( as if you hadn't guessed). I think I'm right in saying that neither Gav nor Steve have seen this individual since my sighting in January. I certainly don't recall reading anything about it on their blogs, I may be wrong though. It wouldn't be the first time I wasn't paying attention! ;-) 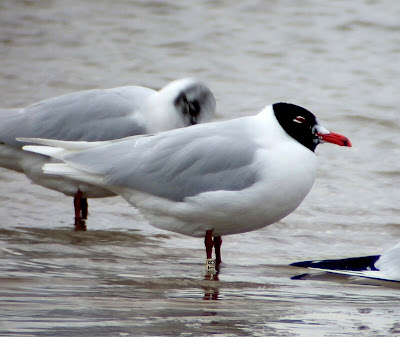 White 37T8.
Here looking very dapper in summer plumage.
And below looking just as good in a couple of gratuitous extra shots. 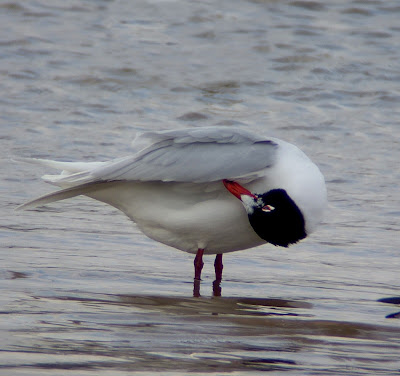 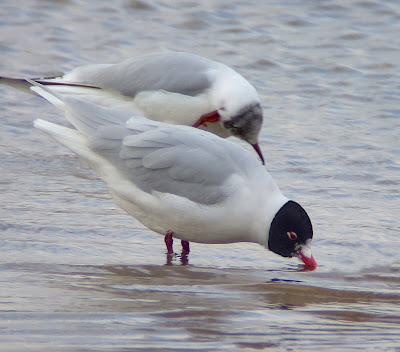 Earlier in the day I went for a stroll along the beach at Seaton Hole, where I saw four Black Redstarts. They all looked exactly like this... 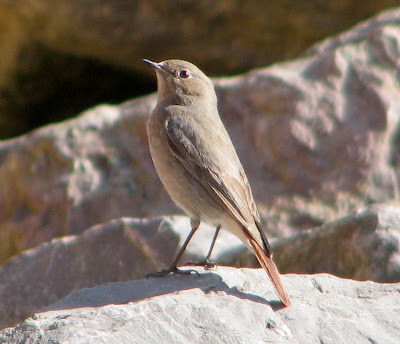