Lots of blogs appear to feature Fieldfares today, and mine is not going to be any different. I was sitting drinking my morning cuupa when I noticed a large flock of Fieldfares flying west over the house, a few minutes later another one went over, then another, so I went to look out from the back of the house. What a spectacle I saw. Hundreds and hundreds of Fieldfares were streaming over the cliff top in waves, most were carrying on westward but hundreds at a time were landing in a field and some bushes next to the harbour. Tens of thousands must have passed through today! Amazing! I walked over the bridge to the other side of the harbour with my camera and scope to take a few snaps. It was too good an opportunity to miss as Fieldfares are usually quite difficult to approach. 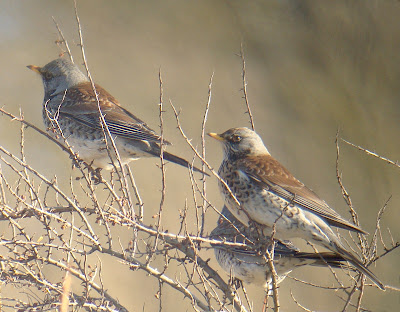 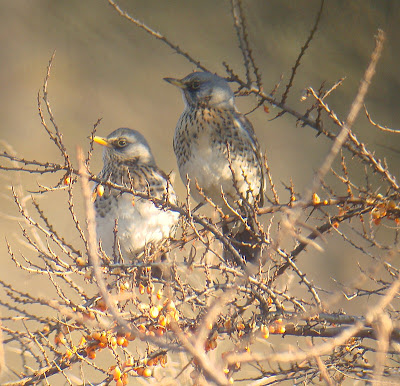 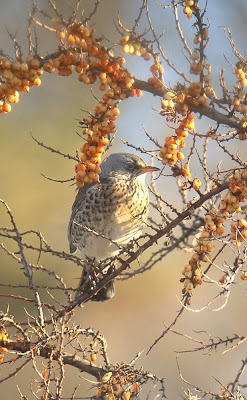 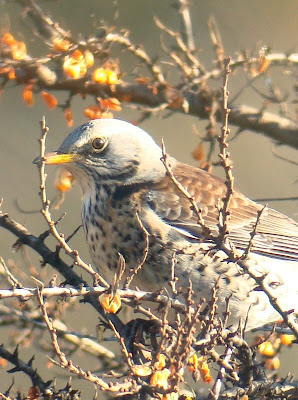 Fieldfare: The Sexiest Thrush in Town. 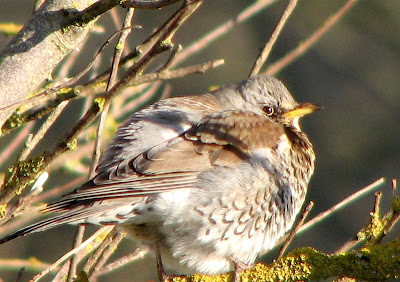 This poor little mite was really feeling the cold.

I hope they all find plenty to eat; wherever they end up.

I managed to get out to Morganhayes Wood with Rex this afternoon. There wasn't much there, but on the way back I noticed some thrushes at the side of the road picking through the unfrozen leaf litter. As I drove past they flushed and I could see they were Redwings. I reversed into a layby and  waited for them to return. When they did, about thirty seconds later, I took a few snaps to go with my Fieldfare ones. 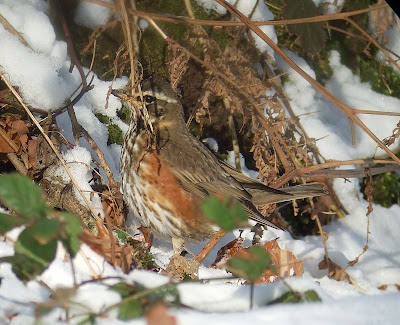 Why does a stray twig always have to get in the way?

This would have been my best ever Redwing shot by far :-( 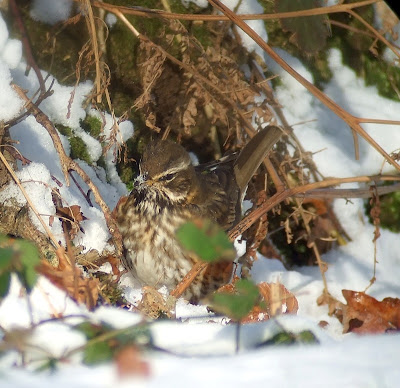 A faceful of snow. 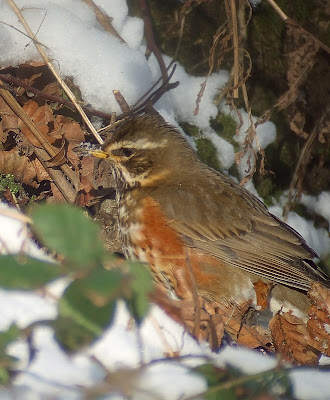 Redwing: The Cutest Thrush in Town

After a text from Steve later in the afternoon I found myself at Coronation Corner cooing over a distant but dishy drake Goldeneye. The first Goldeneye I've seen on patch away from the sea. It was a bit too distant to digiscope well, or indeed averagely and was diving once every five seconds to compound matters! Still, never say die. 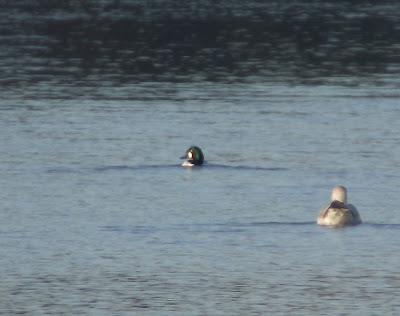 You had to be there!

The day ended with the exciting news that a Bittern (a real patch MEGA) had gone to roost near to Black Hole Marsh. I wonder what the morning will bring?