The Radipole Lake Hat Trick and a Bonus Patch Mega!

I've lost count of the times I've visited Radipole Lake, and I've NEVER, ever seen the Bearded Tits which are allegedly quite frequently seen there. Over the last two weeks up to fifty of them have been showing well on an almost daily basis. Encouraged by these reports I visited last Wednesday morning and spent around three hours there. I saw nothing. Zip! No Beardies, no Marsh Harrier, not even the Hooded Merganser. Happily today was very different, just a couple of minutes after Bun and I had arrived on the reserve we enjoyed great views of a juvenile Marsh Harrier, which flew directly over us, I couldn't quite whip my camera out of my bag fast enough to get a photo of it though, a real missed opportunity that! Next we spotted a birder pointing his camera into a reed bed and.... Yes! He was pointing it at some Bearded Tits. At last! :-) There were about 24 in the flock and they were showing superbly, really close at times, feeding on the tops of the reeds. After several minutes the flock dispersed but not long afterwards we encountered another flock of around fifteen birds on the Buddliea Loop. These were showing even better (if that were possible) and I got some very nice photos. At one stage they even began feeding on the path. I was really 'made up' to have seen them so well, having only ever seen a couple before, very distantly through a scope, albeit on patch! To top things off nicely, as we returned to the car the Hooded Merganser was in position by the bridge next to the visitor centre. The Radipole Lake Hat Trick in the bag!! :-)

Then as if that all wasn't enough Gav spotted the patch's first Bewick's Swan for eons in amongst the Swan flock on Bridge Marsh late this afternoon. I got there at around 4.20, it was almost dark, but I attempted a record shot. 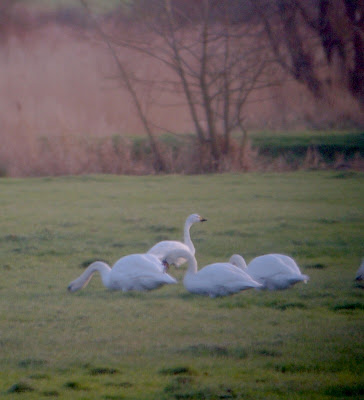 Awful! But that's it, the small one at the back.
To see some MUCH better photos of it look HERE

I had a tad more success with the Bearded Tits. I even took some nice shots with the S3 because they were pretty close and it was sunny. Even so I couldn't resist digiscoping a few too. 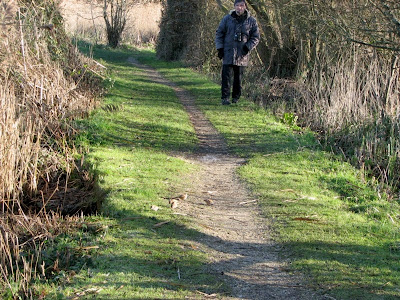 Showing well on the path... 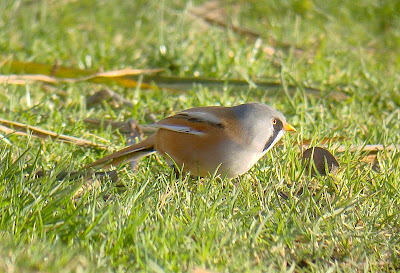 Below are some of  my better efforts with the Canon S3. 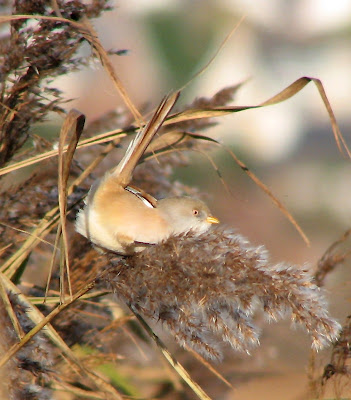 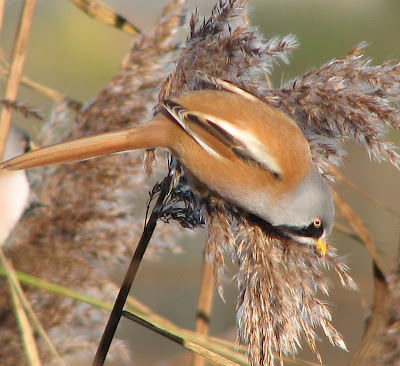 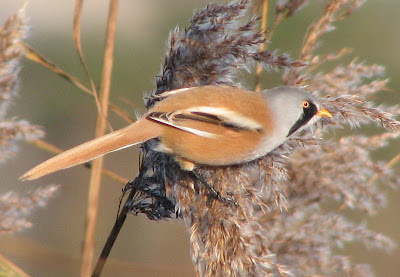 The best of the digiscoped shots,
(digiscoping was  frustratingly tricky as the birds kept swaying out of the FOV) 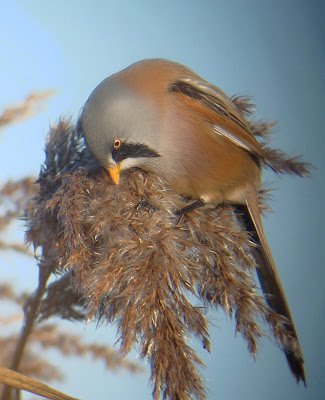 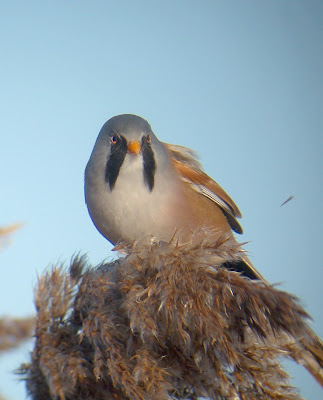 What a sexy bird! 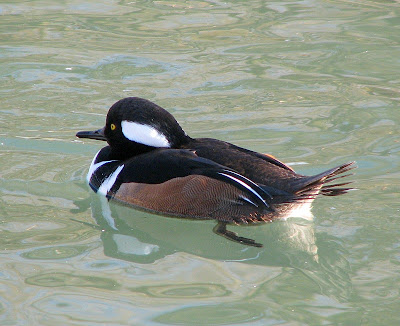 You got some lovely shots of the bearded tits, Karen! I really like the face-on portrait.

Thank you for your recent comment on my blog. Your empathy helps very much.

Will you be around the "Land of Beer and Marmite" (as opposed to the land of milk and honey!) this festive period?

Thanks Wilma, I really enjoyed taking them.

Richard - Hopefully I'll be in BOT at some stage, depending on the weather. I've had to abandon one trip already.

May have time to pop out into the field whilst there. Any good places for Tree Sparrow nearby?