A couple of weeks ago I bought this book ' Orchids of Britain and Ireland - A Field and Site Guide' by Anne and Simon Harrap. It's very good, but don't just take my word for it, it has an endorsement from *Chris Packham* on the back, a fact which alone makes it more than good enough for me! ;-) 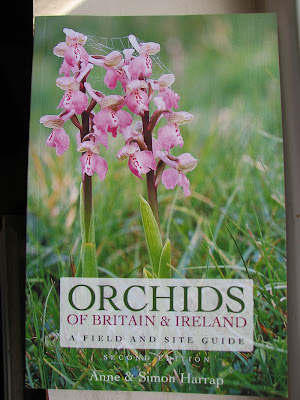 Reading through it has encouraged me to get out and try to see some of the 50 +species of beautiful Orchids which are out there. It would make a nice addition to my summer agenda along with dragonflies and butterflies. The best thing about Orchids,and in fact all wildflowers is that as long has you 'do your homework' on things such as locations and flowering times, you can almost guarantee to be successful in your search. Another attraction is that once spotted they don't move, allowing limitless photographic efforts. There are a couple of setbacks though, firstly, Devon (East Devon in particular) isn't exactly renowned for its Orchids, with many species being absent from the county, which means I'll have to travel a fair bit. Also the ease of finding them at known sites may severely curtail moaning opportunities. Oh well plenty of them to be had in birding., I haven't mentioned missing a patch Red Kite while at work yesterday evening yet, have I? ;-).

My first target Orchid was the species pictured on the cover of the book The Green-winged Orchid a 'near threatened' species. The location I was hoping to see them at was in Somerset not far from Taunton. Amazingly my son George ventured out of his room and asked to come along,. he was going to be thrilled I could tell! 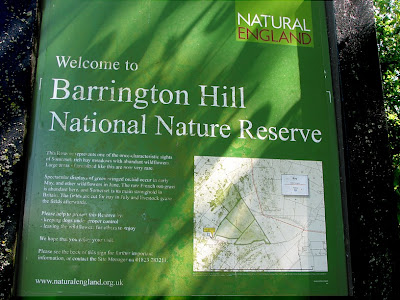 Barrington Hill Meadows is a SSSI and it consists of four fields of traditional rich hay meadows. The site is home of the rare French Oat Grass, not that I know what that looks like! On arriving it was soothing to know that I wasn't going to get out of the car to hear cries of "you should have been here five minutes ago", "you've just missed them" and the like. But wait, what's that it says on the helpful notice... " Spectacular displays of Green-winged Orchid occur in early May" EARLY May! I should have been here two weeks ago!! Fortunately the Orchids were still in flower but most of them were a bit past their best, they were indeed spectacular though, hundreds and hundreds of them like so: 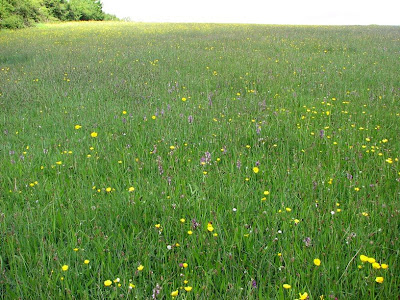 A typical patch of one of the meadows. 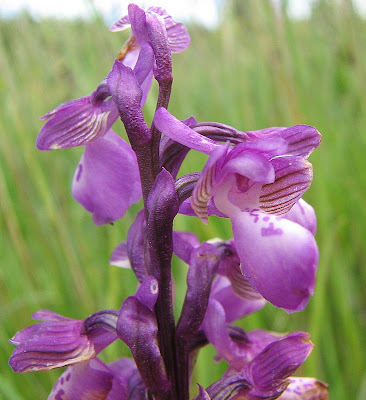 They are called green-winged due to green veins on the 'wings' of the flower, on this one they are a bronze colour, which is a common variation I believe. 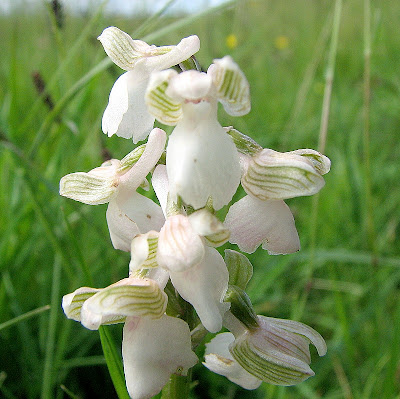 About 1% of flowers are white, I was lucky enough to spot one.
I think the white's particularly pretty. 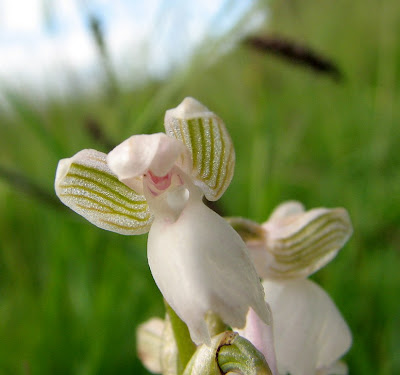 I had a go at a super macro shot.

One Orchid I noticed definitely wasn't a green-winged. It looked at first glance like a Pyramidal but it's too early for those. After consulting the excellent field guide I'm pretty confident that it's a Southern Marsh Orchid, a more common and widespread species but still a new one for me. 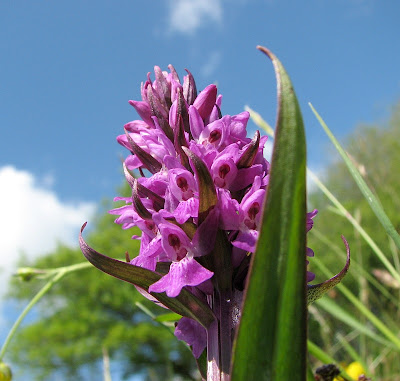 A welcome byproduct of orchid hunting are the butterflies and other insects which also thrive in the wildflower rich meadows they favour and we saw several of these this morning too. 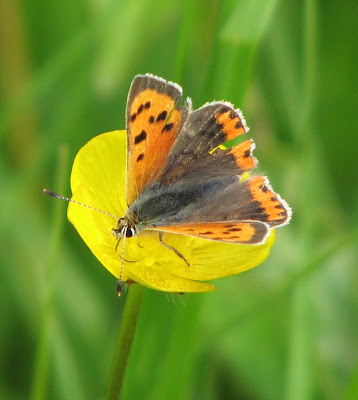 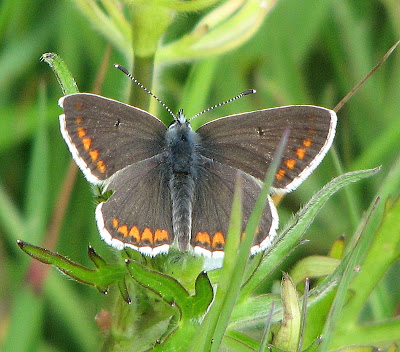 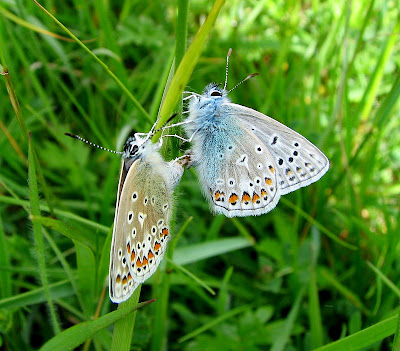 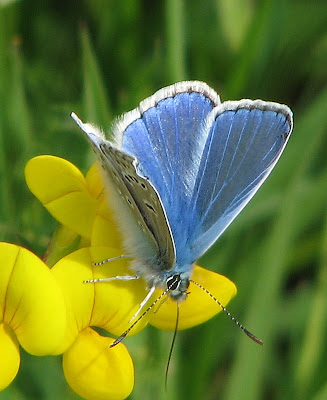 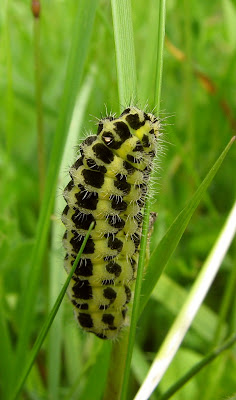 After getting home I took Rex for a stroll in Trinity Hill Woods where these little critters kept falling from the pine trees. 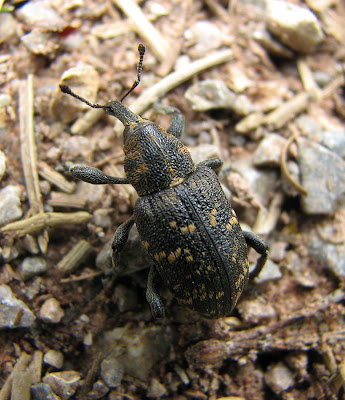 Because this fell out of a pine tree and is obviously a weevil, I guessed it was a Pine Weevil. On looking it up in a book my suspicion was correct.

Finally for anyone who's read this far, especially if they aren't interested in flowers and/or insects that much , if at all, here's a picture of a grinning idiot who we spotted rummaging around in the undergrowth David Bellamy style, perhaps she's spotted some French Oat Grass! 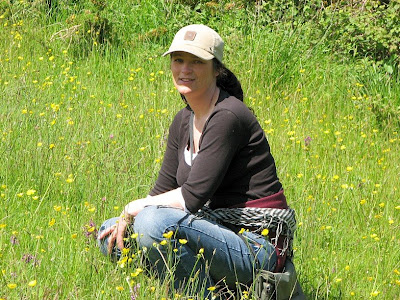 Posted by Karen Woolley at 8:52 pm

Good luck with your Orchid searches, like yourself i only recently got into this aspect of nature.