Last Monday we spent a day in Hampshire, mostly in The South Downs, looking for a few early rare wildflowers. One or two of them were flowering very early this year. 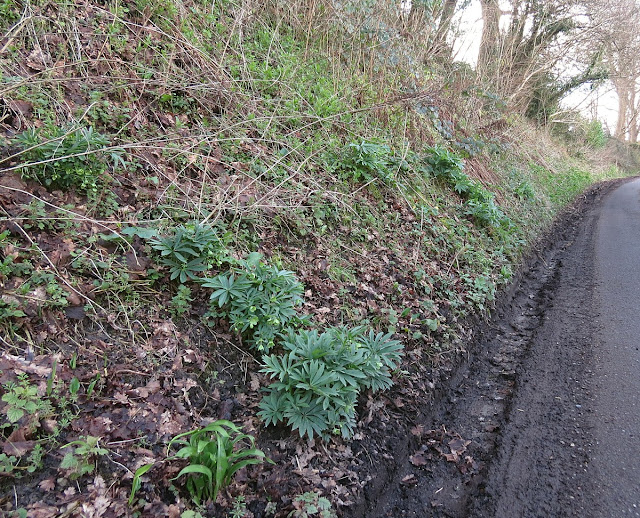 Wild Green Hellebores on a roadside verge near Selborne.
There were around 40 plants along this bank which was lovely to see after having only seen a single specimen last year near Abbotsbury in Dorset. 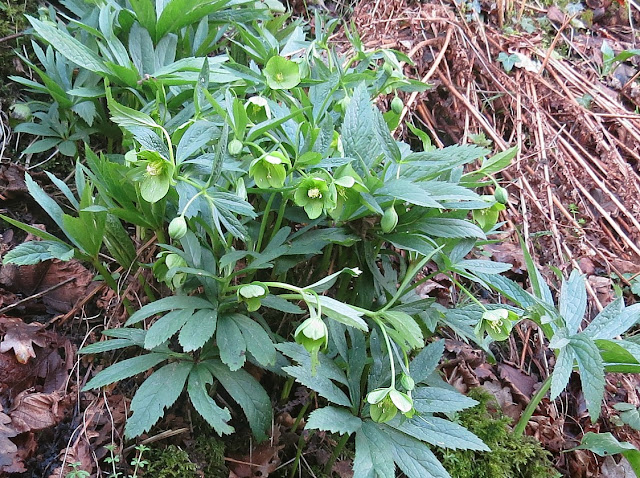 Even though they are completely green I find them extremely beautiful. 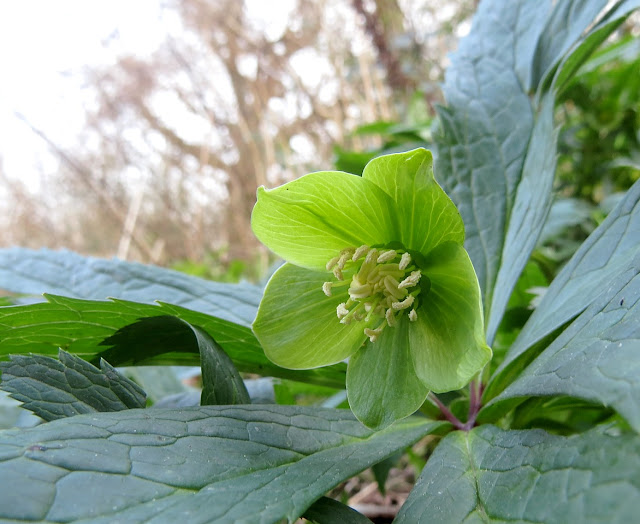 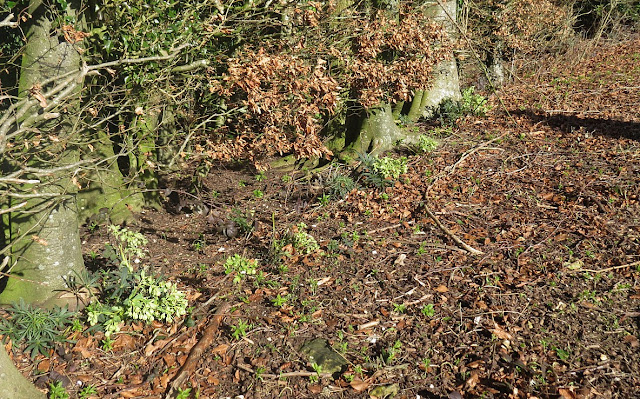 These are the first ever wild Stinking Hellebore that I've seen. 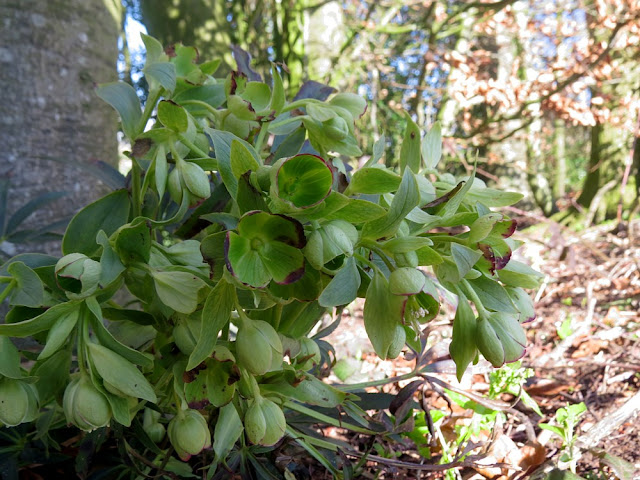 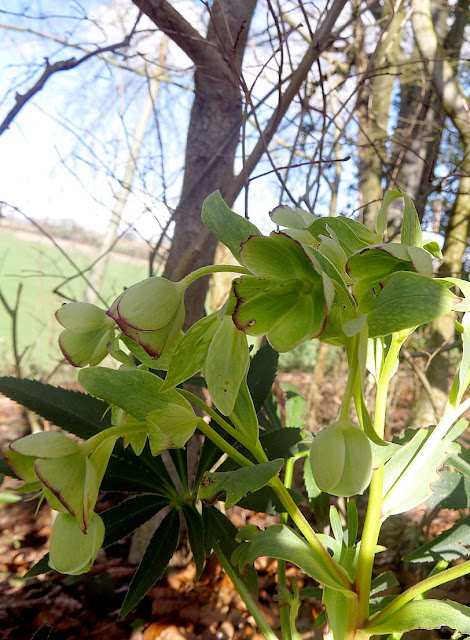 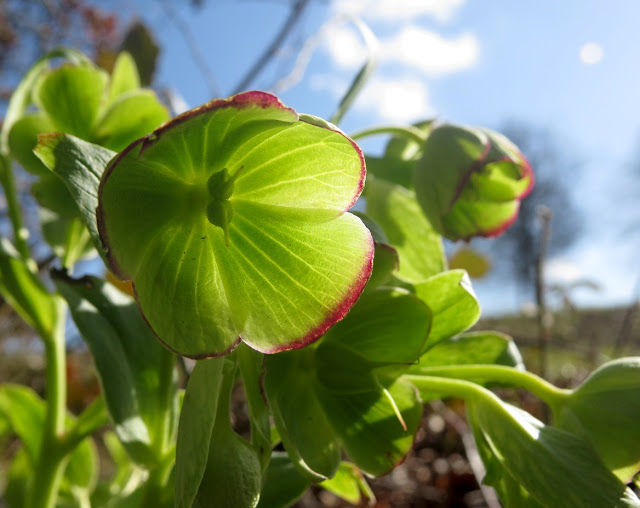 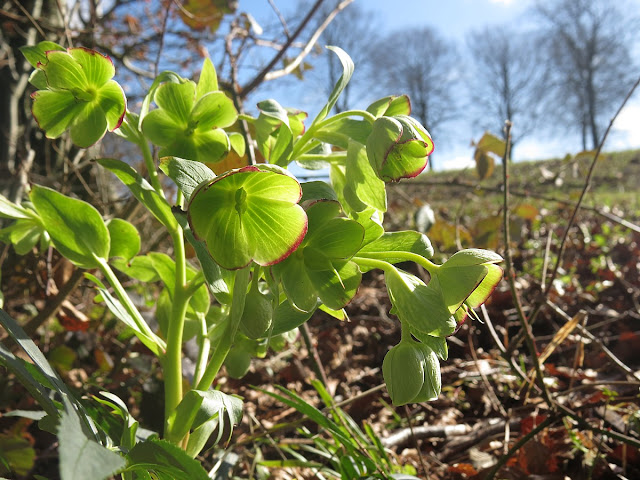 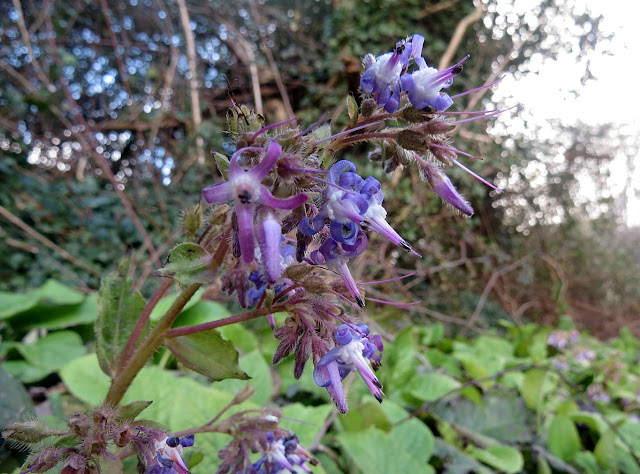 We were surprised to see this Abraham-Isssac-Jacob in full flower ( in fact slightly going over) in February. This is a non-native but naturalized plant sometimes seen on road verges and hedge banks. 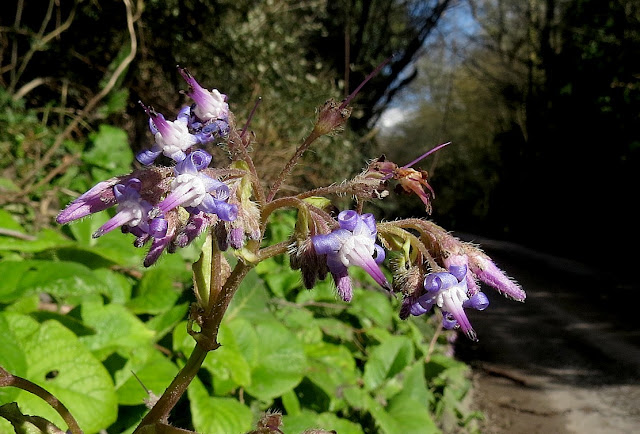 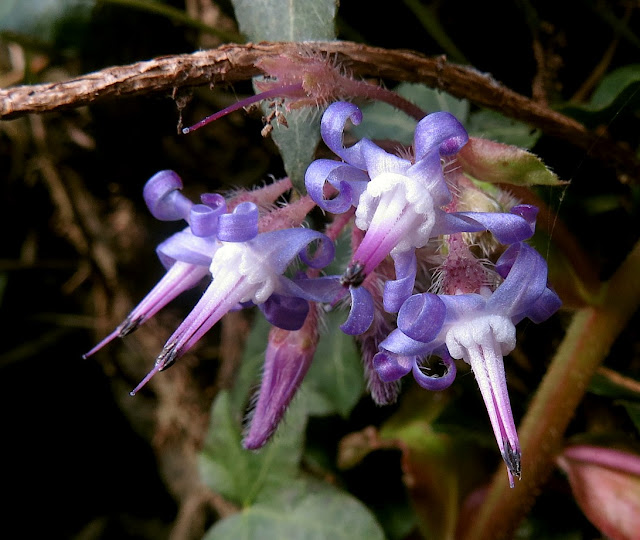 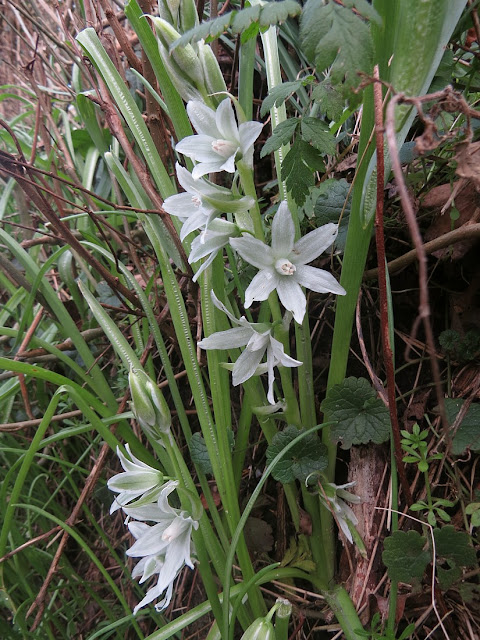 This one we really didn't expect to be in flower. It usually flowers in late March/April.
Again a naturalized species but it as been growing on this roadside site near Oakhanger for many tens of years . 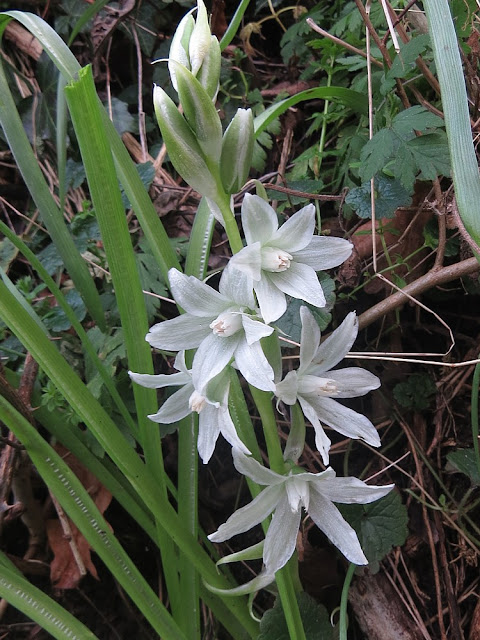 It is called Drooping Star of Bethlehem as the flowers are usually drooping although these didn't look particularly droopy to me. It looked beautiful growing on the roadside hedge-bank and was well worth almost getting run over to see! 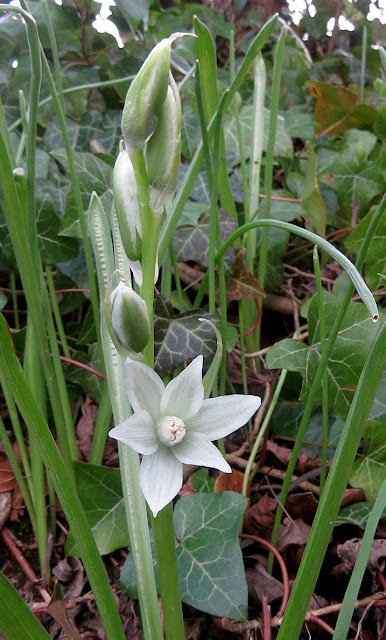 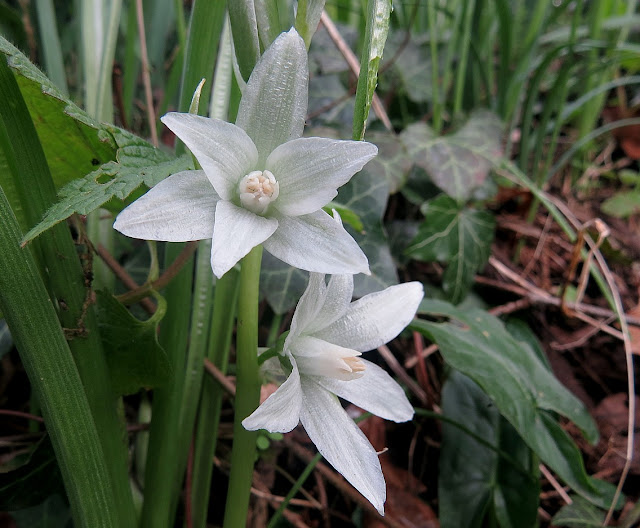 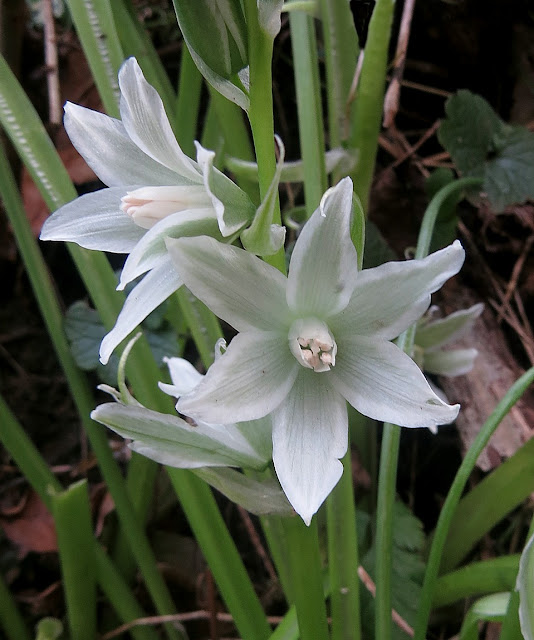 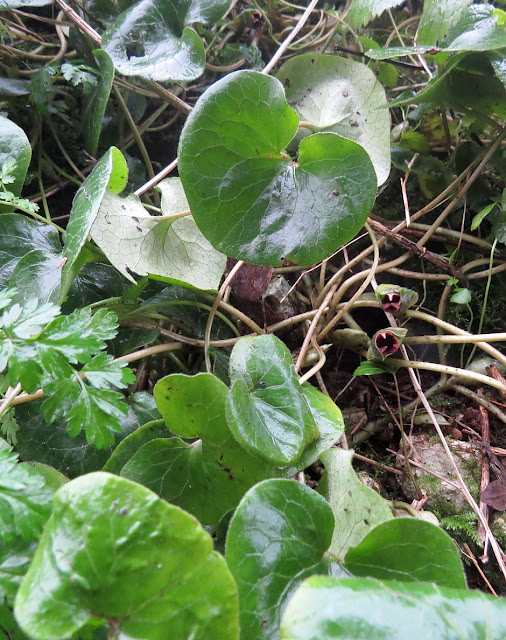 This was just over the border in Wiltshire and was also flowering very early (these photos from 7th Feb). It's the weird looking and equally weirdly named Asarabacca. The flowers are really unusual and it's easy to see why this plant was popular with apothecaries many hundreds of years ago, which is when it was introduced. 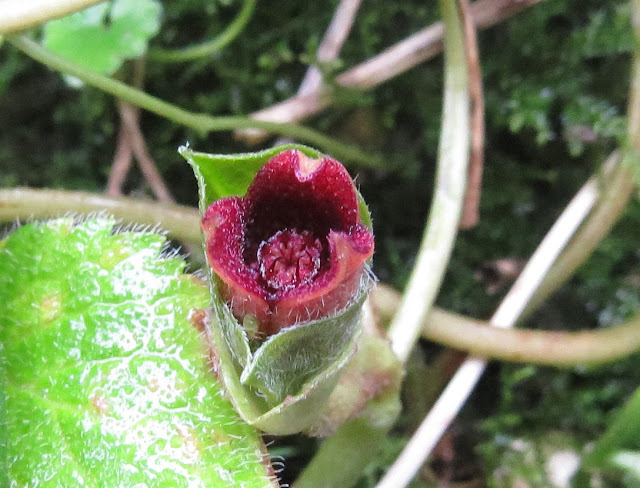 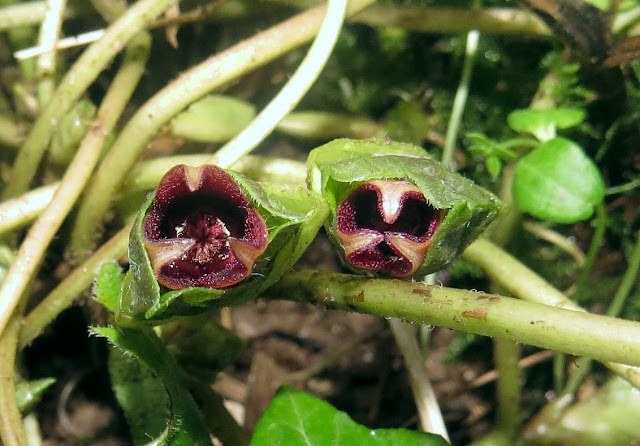 Beautiful photos, I love the shots you got of the Drooping Star of Bethlehem, almost looks magical! - Tasha