Yesterday evening, just as I was leaving work I got a text from Phil saying that there was a Marsh Harrier in the valley. I popped home to grab my camera and made my way to the farm gate viewpoint, I pulled up, jumped out of the car and was just in time to see the bird disappear into a large bush. It stayed there. Obviously it had chosen the exact moment of my arrival to go to roost! I returned to the farm gate this morning (not too early though as Marsh Harriers aren't the earliest of risers as I found out when dipping one earlier in the year in the same circumstances) and within minutes of my arrival I spotted the bird down on Colyford Marsh. It was a bit too distant for a reasonable photo so I decided to go down there a do battle with the early morning sun. Colyford Common isn't the best spot to take photos from on a sunny morning as the outlook is due east and the rising sun can be a huge problem not only for photography but also views in general when looking out across Colyford Marsh. Though having said all that, it went really, really well! I got some cracking views of it hunting and some atmospheric back-lit photos too. It even came over the tramlines and onto Colyford Common briefly. Apologies for the photo-overload but I took so many that I really like! 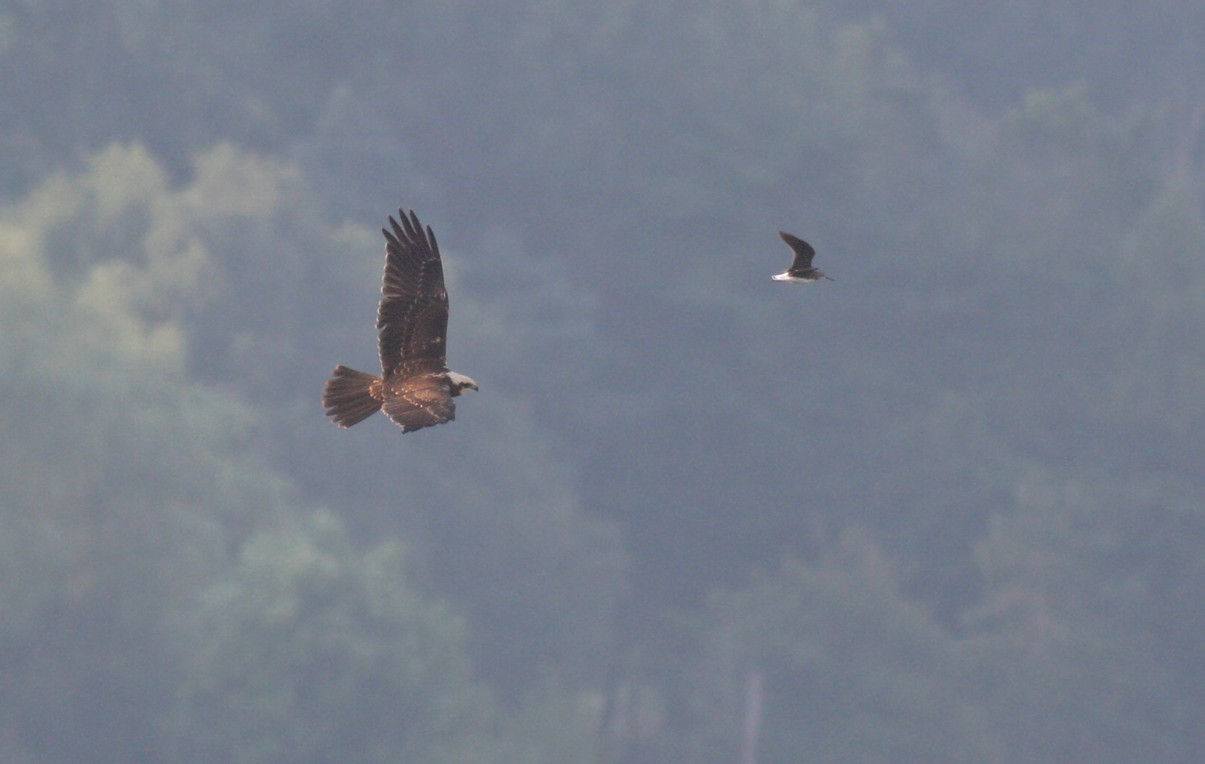 A Green Sandpiper photo-bombed this one. 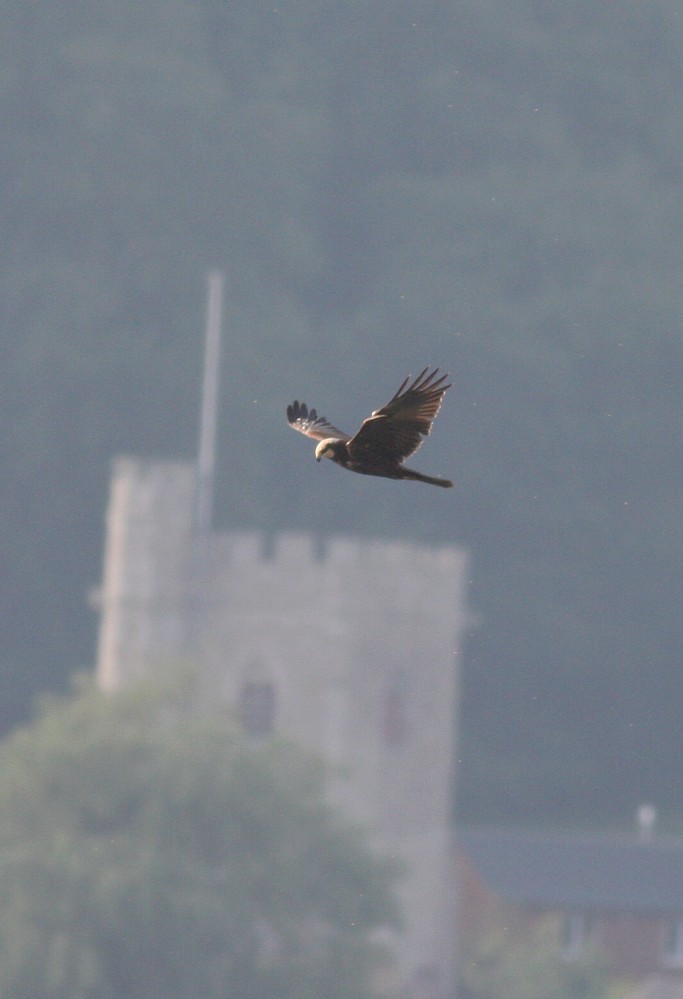 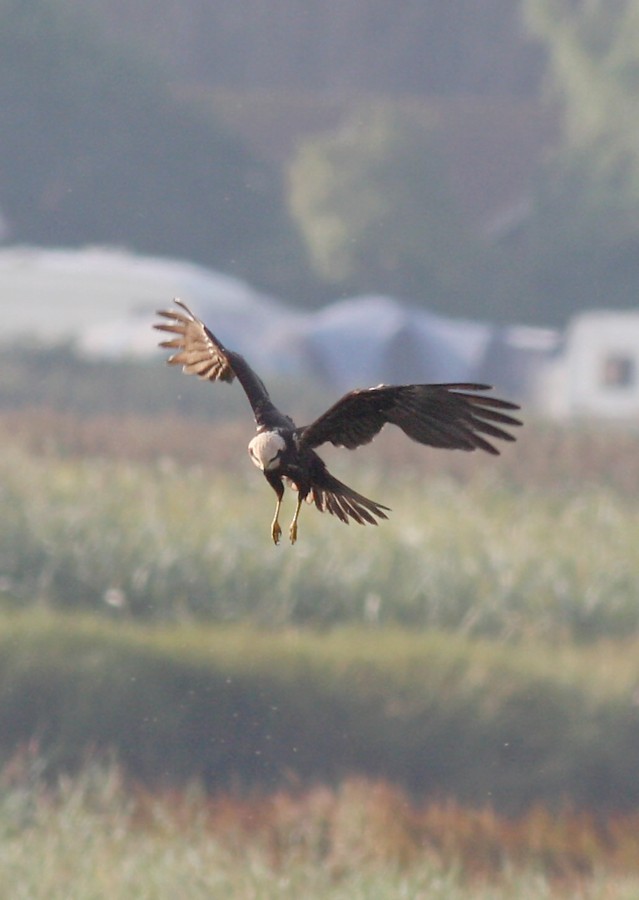 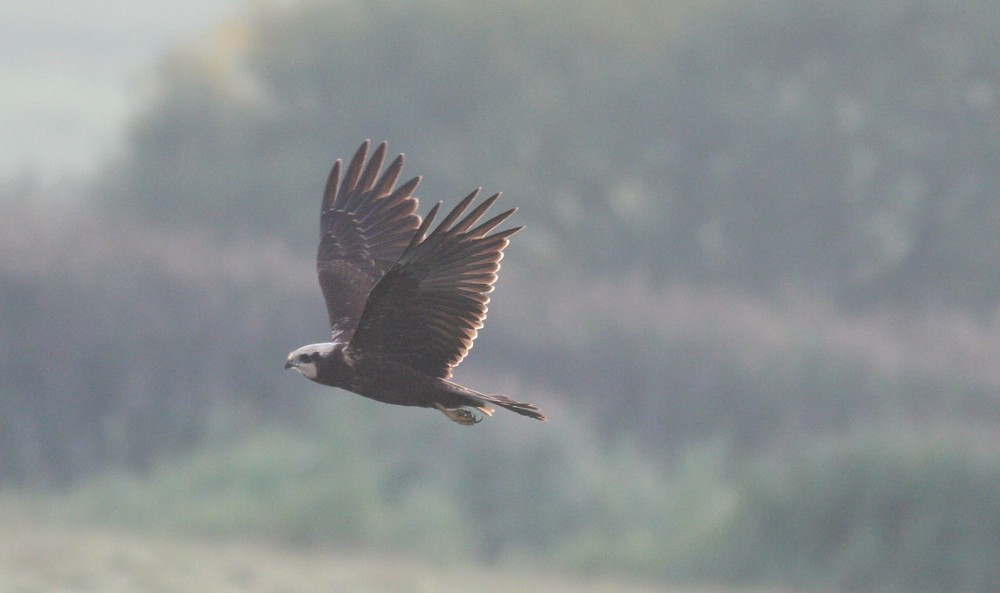 I think these next few back-lit ones work really well... 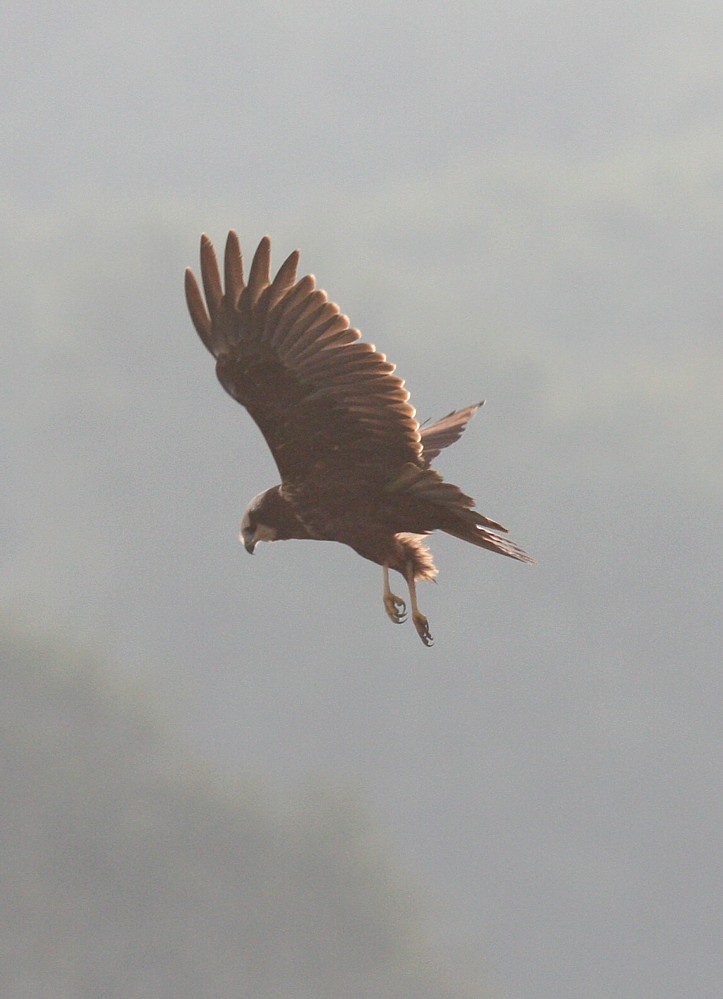 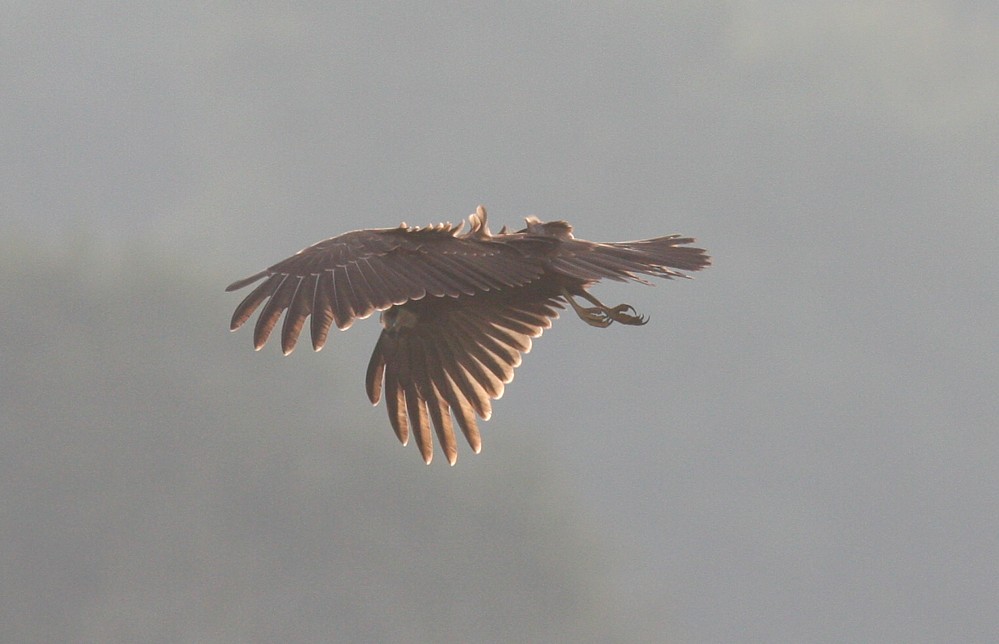 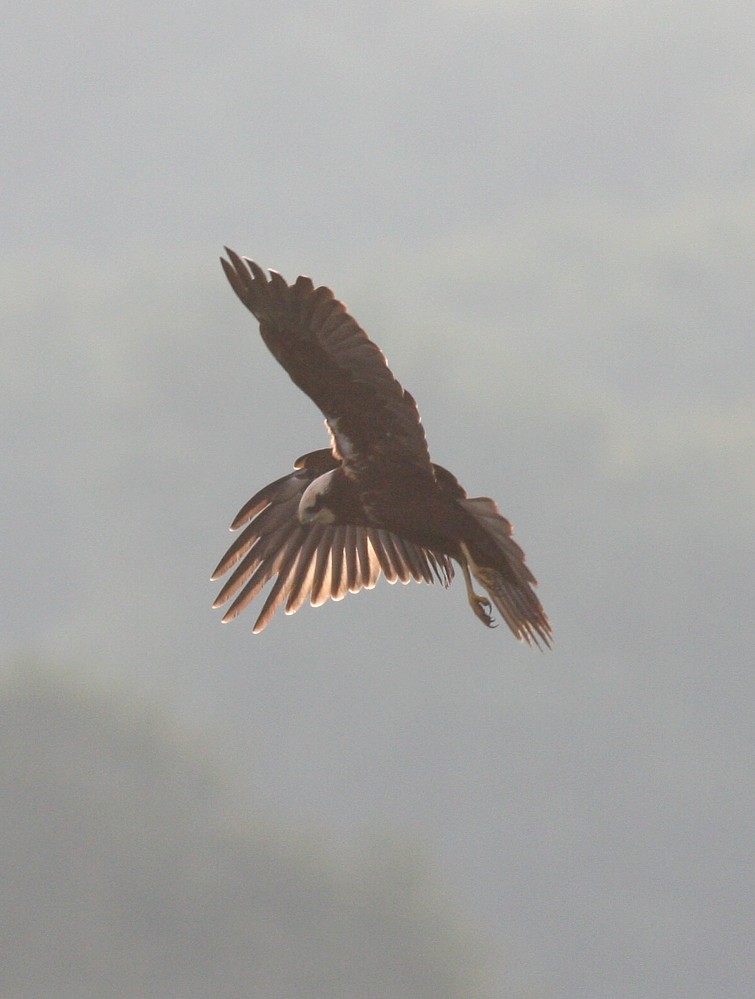 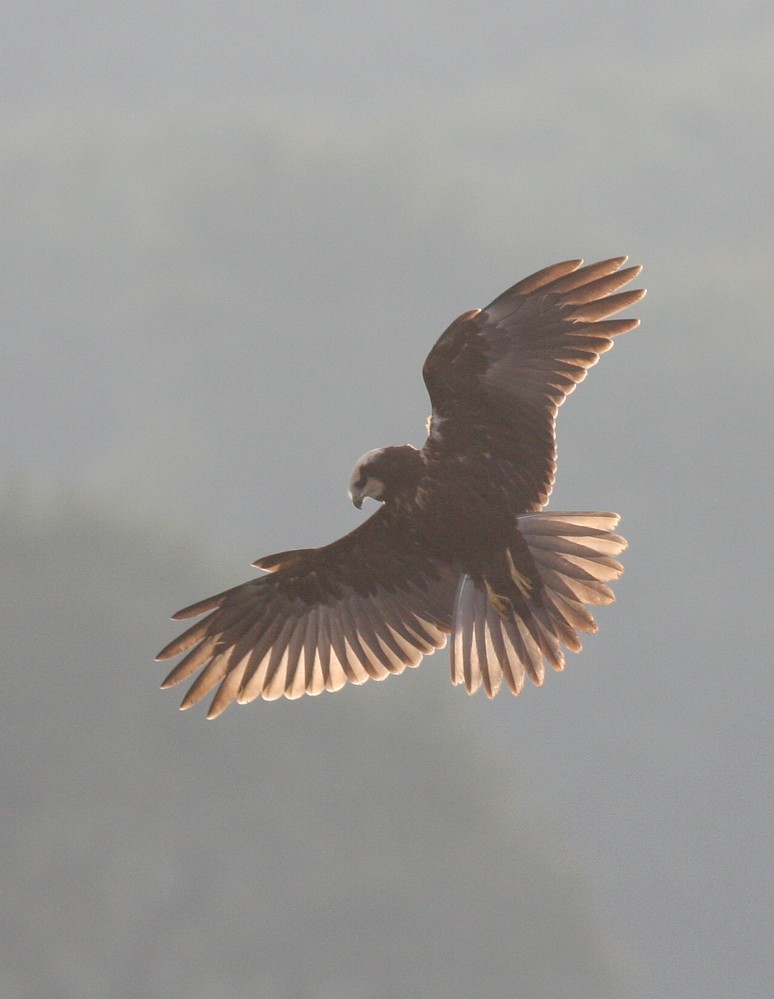 And a few from Colyford Common side.. 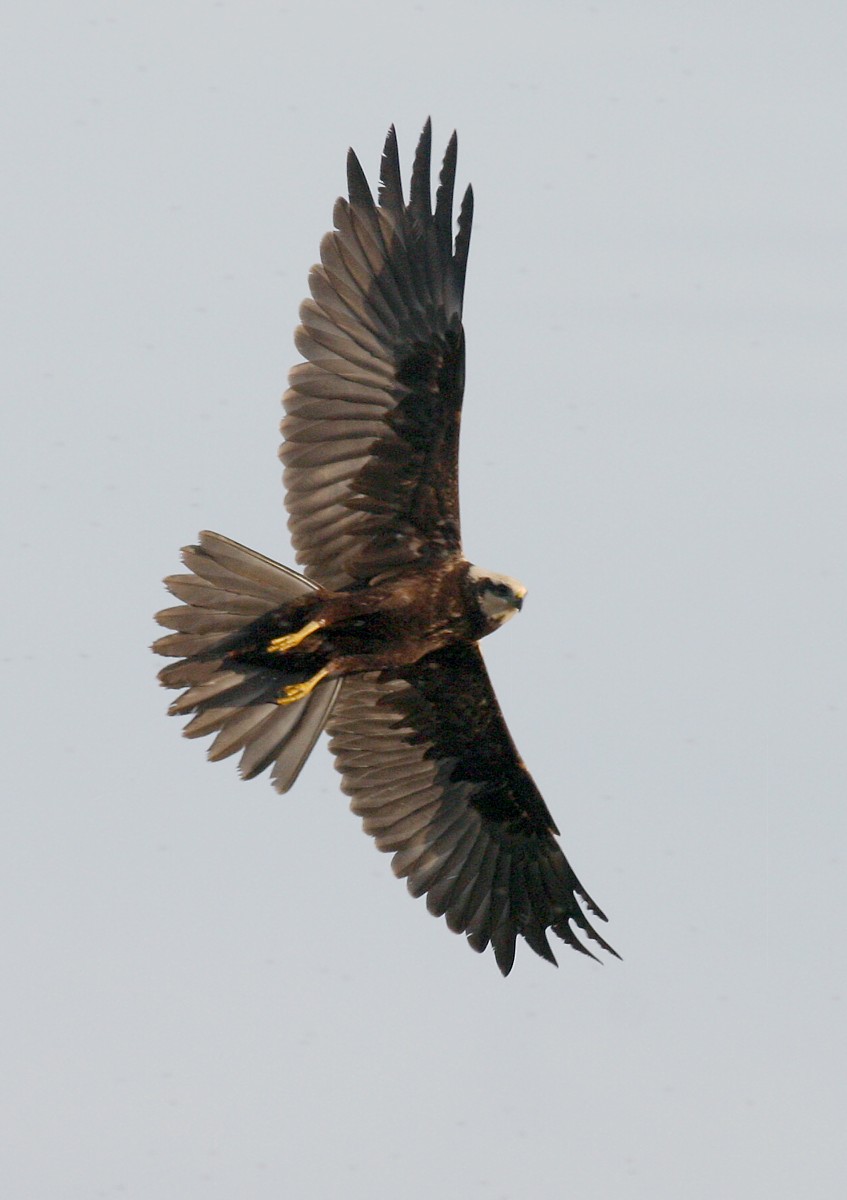 If you view the large version of this photo all the little spots you can see are because I took the photo through a cloud of gnats! 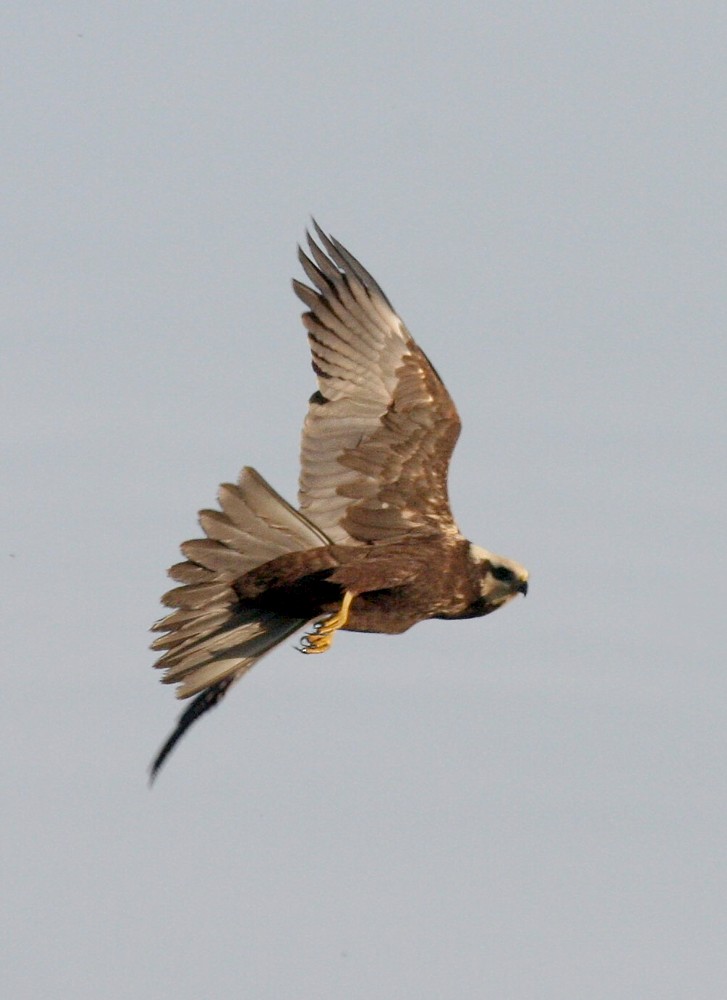 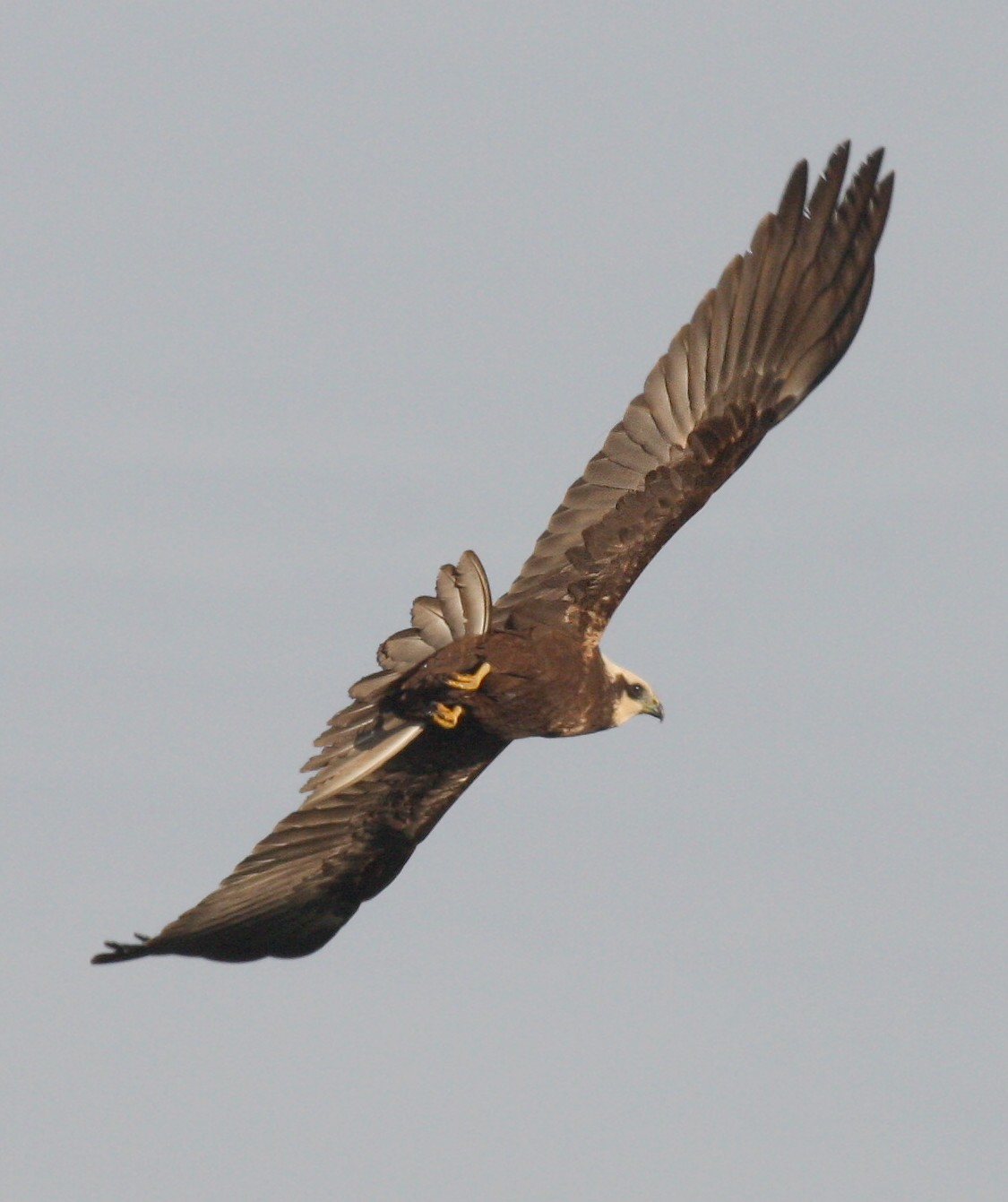 Now that's the way to put a bird on your photo yearlist! Nice one!

Really good pics Karen. Not surprised you had difficulty with selecting which ones to show, and very glad you put them all up for all of us to enjoy. Well done for your persistence too.
Regards

Great photos Karen you must have had wonderful views. Well done.

Really very good pics Karen. Have been looking at your Blog for a while! Going to try the pic species idea next year. My own Blog based in Plymouth: seaandskybirding.blogspot.com

Thanks for the nice comments folks!

I was very fortunate in my choice of Colyford Common hide. I was going to say "if only all birds would show so well", but if they did it would all get a bit boring wouldn't it?