I was beginning to think that the female Four-spotted Footman was in fact just a mythical creature. We've caught plenty of males, lots in fact, but not a single female, well not until Friday night when we caught two of them. Then last night we caught another, so they're like buses, only smaller! 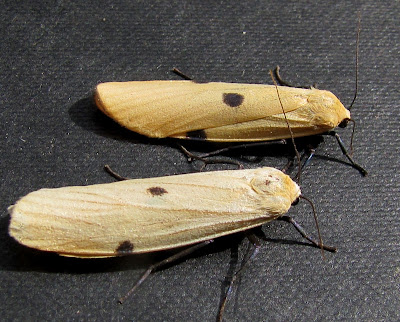 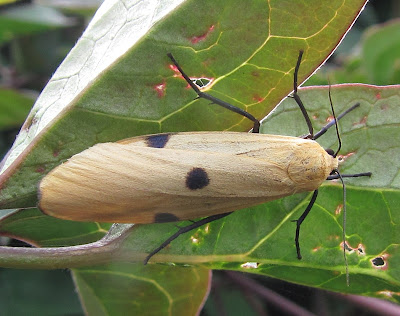 Posted by Karen Woolley at 8:45 pm

That's a coincidence Karen; I ran a couple of traps at my inlaws North Devon garden on Saturday night and caught my first ever female Four-spotted - I've only seen males previously.