I went back to Black Hole Marsh this morning for another attempt at spotting the elusive Wood Sandpiper, I managed to creep up on it on one of the new reedbed scrapes on Stafford Marsh, I had to keep my distance though.  I was just wondering where would be a good vantage point for a better view when Ian M arrived at Stafford Marsh from the Colyford Common direction, and guess what? Anyway here's the proof. 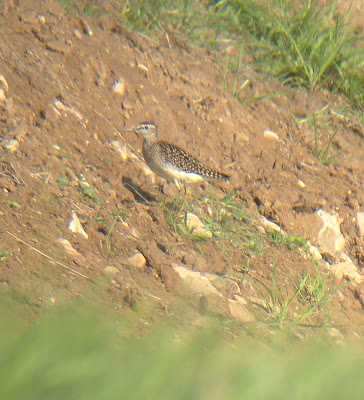 STOP!! Rest of post not for those of a sensitive disposition.

I've had to spend the rest of the day at home, after finding that one of my guinea pigs had developed a bit of a nasty eye problem. After and emergency appointment at the vets I've had to administer eye drops once an hour. It's ulcerative keratitis probably caused by a sharp piece of hay damaging the cornea. The vet assures me it's not as bad as it looks, and it looks very bad indeed!! You can have a look if you want.. I'm sure you don't.. 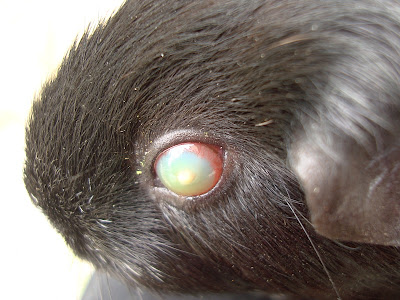 Amazingly she doesn't seem the least bit worried by it.
So I didn't feel too guilty photographing her.
Posted by Karen Woolley at 4:22 pm