Well, what can I say? On Sunday it will be a year since my last blog post. I remember that I promised I'd catch up, but that was before all the.... well you know, kicked off. Also back then my illness appeared to be on the mend but during last summer I again got worse and had to give up work altogether. I'm still none the wiser what is wrong but due to a process of elimination the verdict appears to be ME/CFS and some unknown autoimmune disease. It appears that I was in some kind of remission for a few months. I can get out every now and then to do the things I enjoy, but I really have to pace myself.

Anyway I'm going to do a few posts to cover what I was up to last year. Not a lot by my standards but then again it's been the same for everyone.

I made my annual pilgrimage to Lower Dunscombe cliff to look for Early Forget-me-not. It's just such a great photogenic location for them! 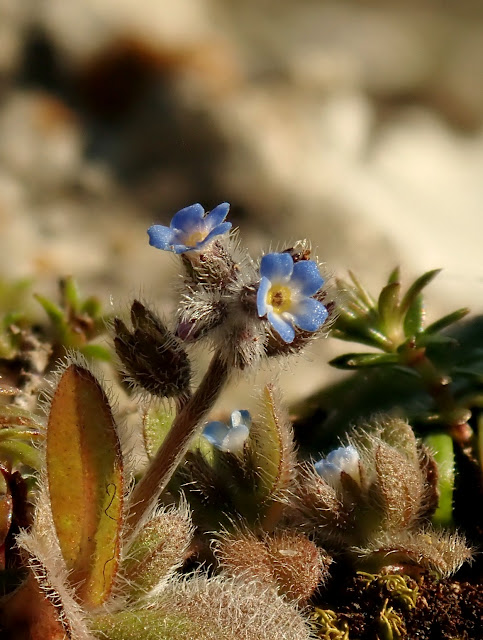 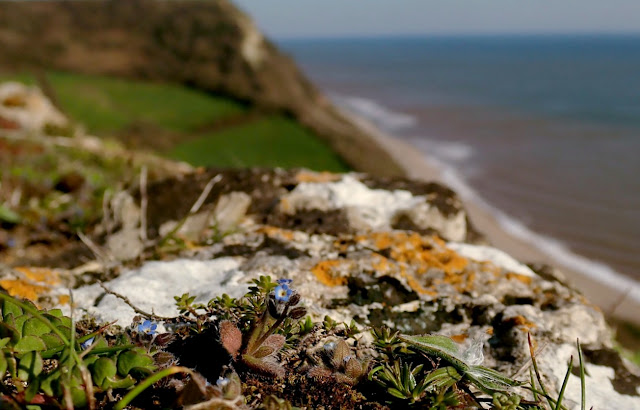 Some lovely weather in April but with having to stay local, walked down to Salcombe Beach a few times, although close to home I'd never really been there much. It proved a great place for early butterflies just like the other places along the coast that I usually visit. I saw a very early Wood White on April 20th. Then later in April one of my favourites, the cheeky little Green Hairstreak. A few of these were holding territories on the base of the cliffs along the beach and also a few Dingy Skippers. 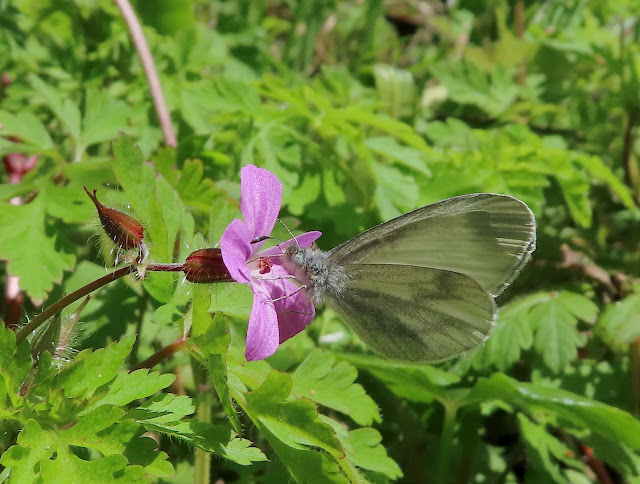 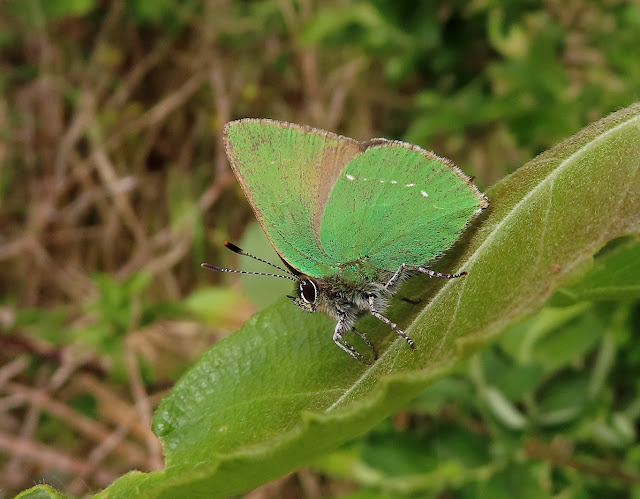 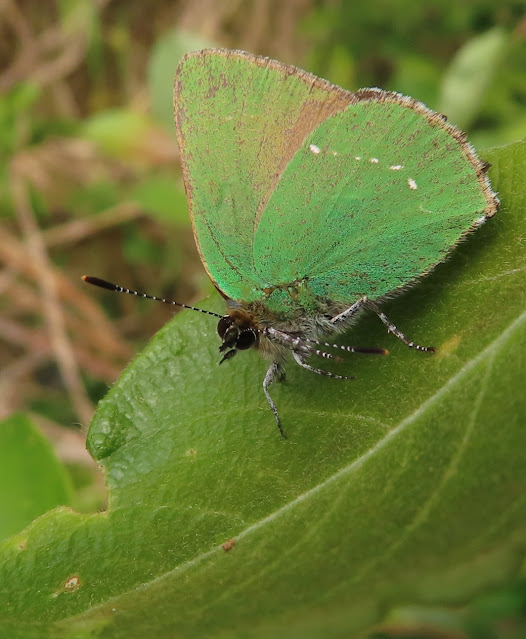 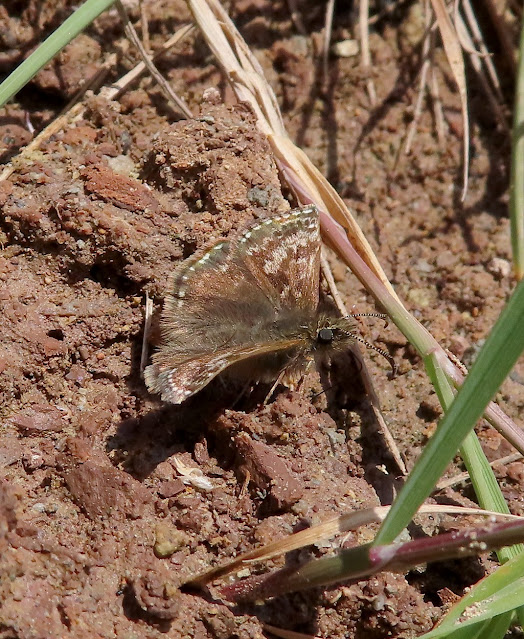 Also seen were a Scarlet Tiger caterpillar and several clumps of the rather scarce shingle specialist plant Sea Kale, and in the fields above Salcombe a stunning almost albino Early Purple Orchid. 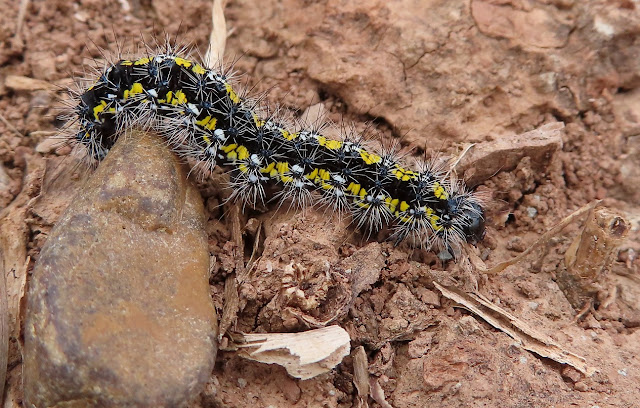 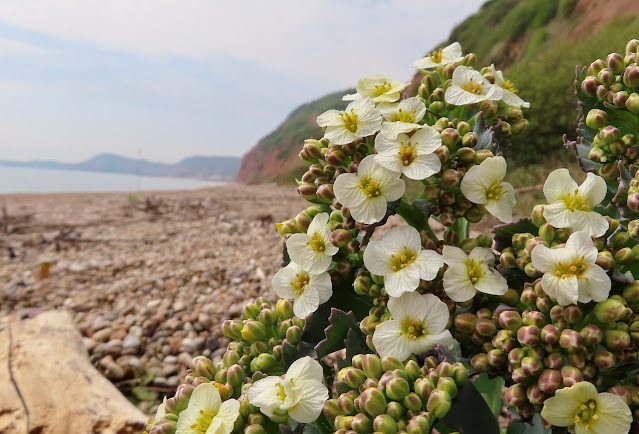 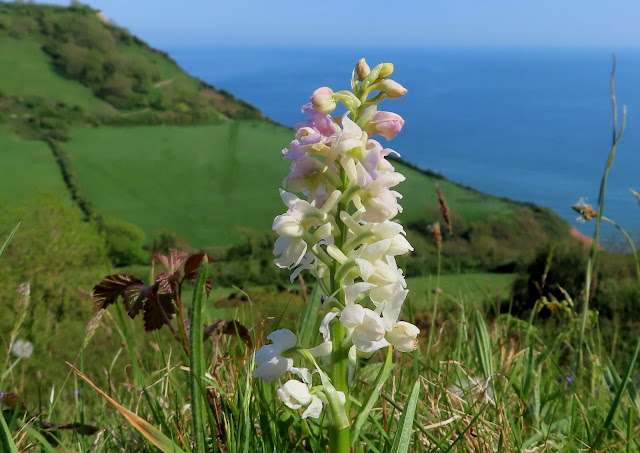 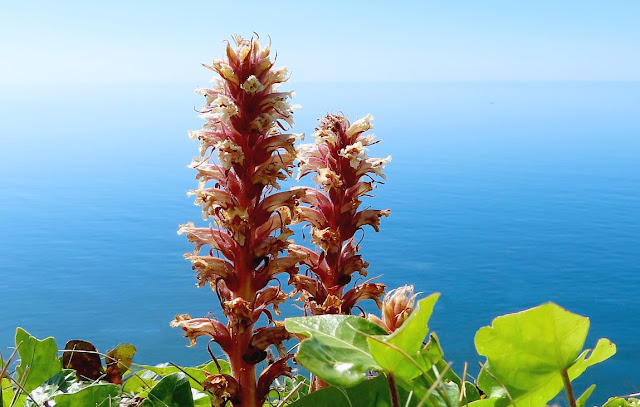 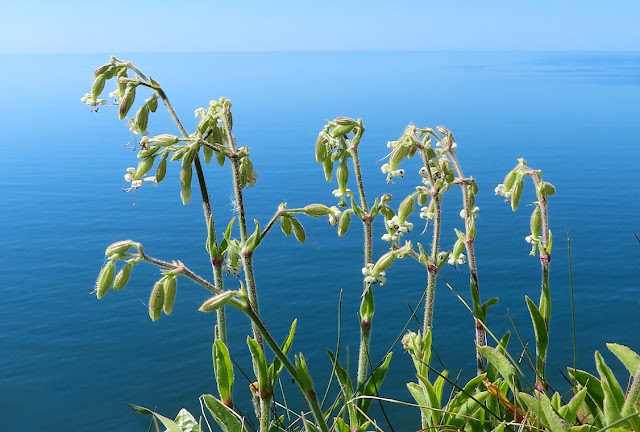 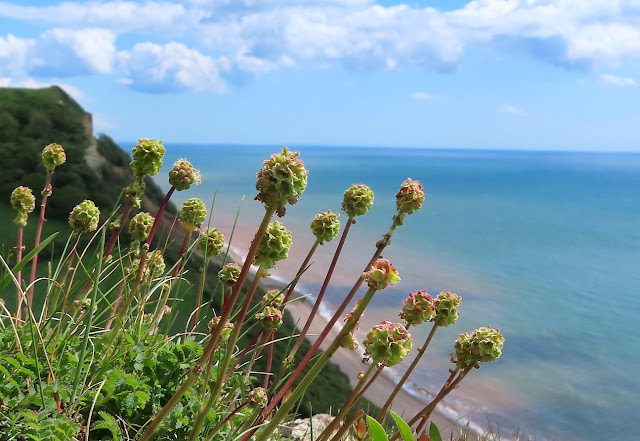 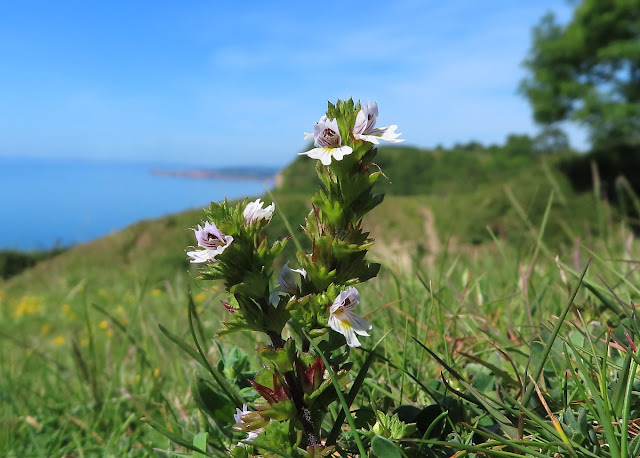 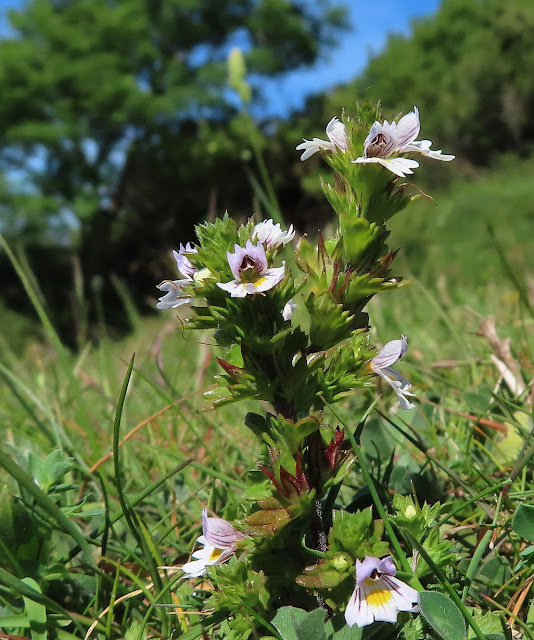 Haven Cliffs, Axmouth Beach: I made a visit here looking for the Spiny Mason Wasp. I'd photographed them here many years ago and thought I'd have another go. It isn't easy in the hot weather as they never keep still. The chimneys they construct from mud at the entrance to their nesting burrow are really amazing. 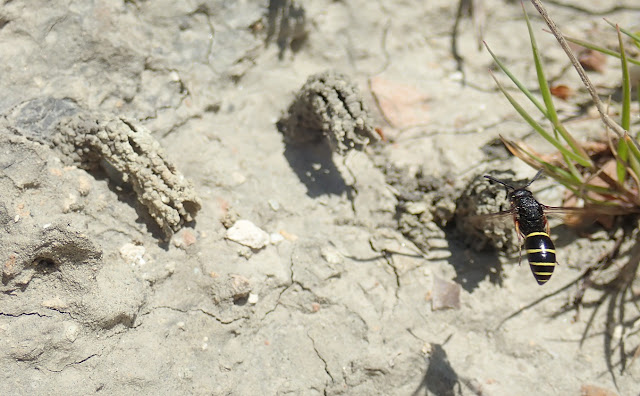 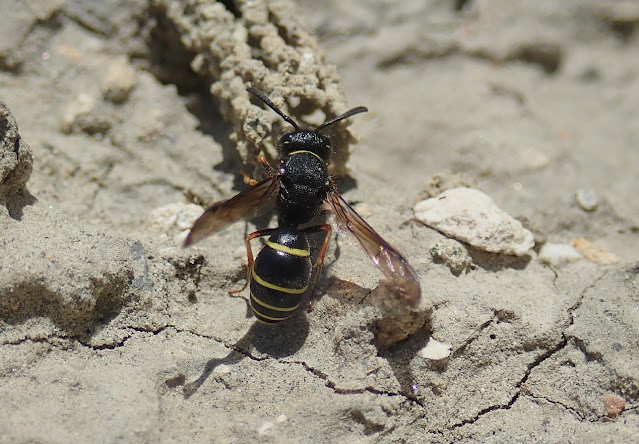 Aylesbeare Common: I made a few visits here and saw the rare Pale Dog Violet and also had some great views of a pair of Dartford Warblers. 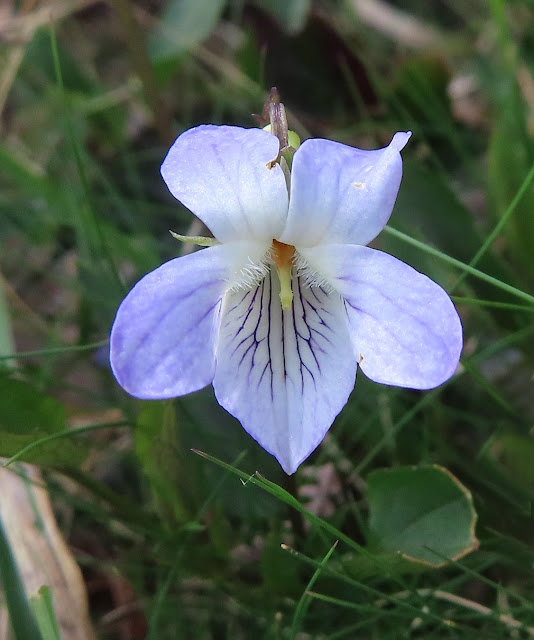 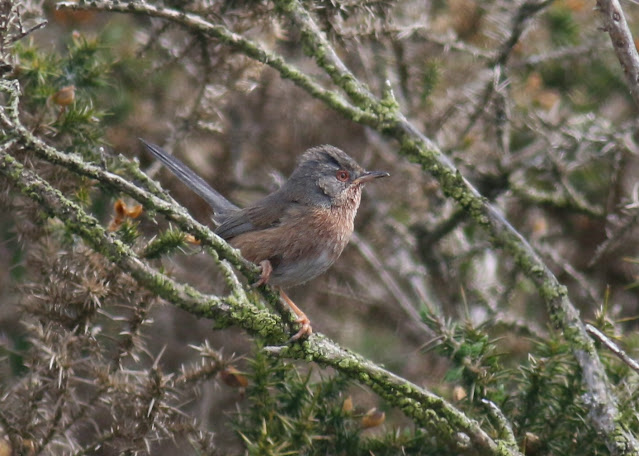 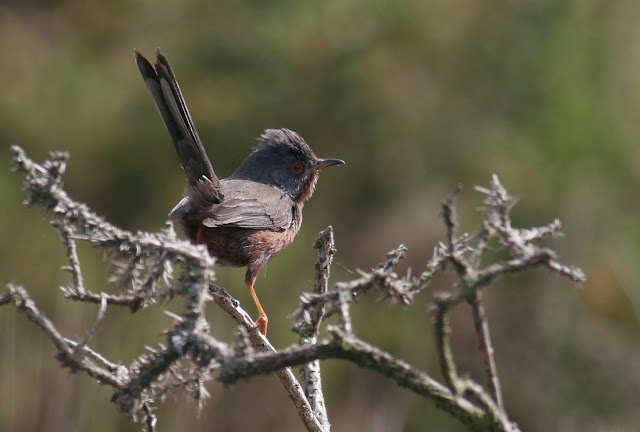 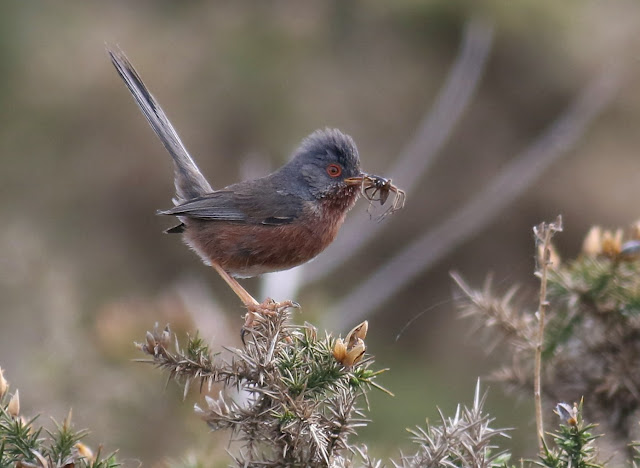 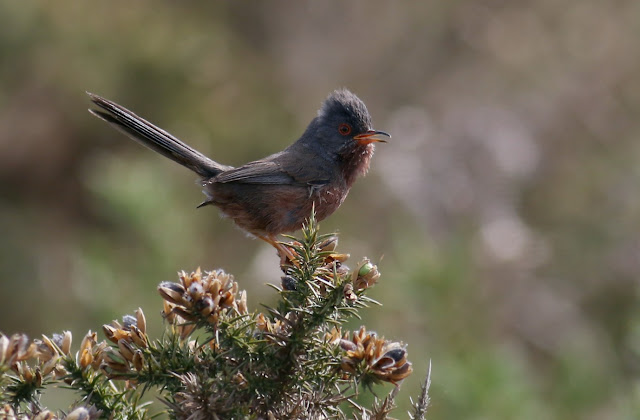 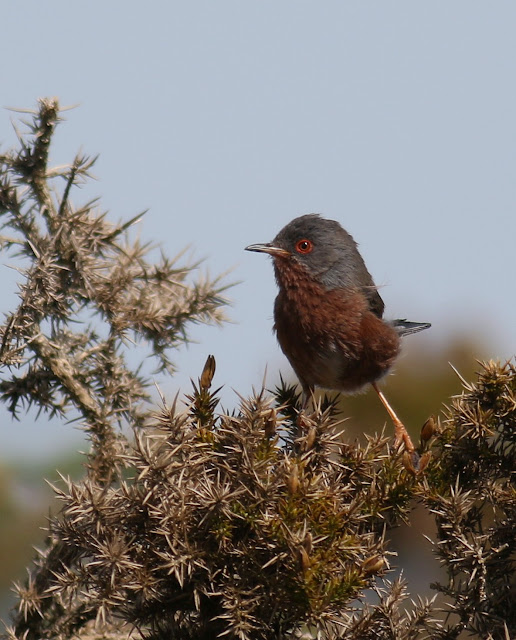 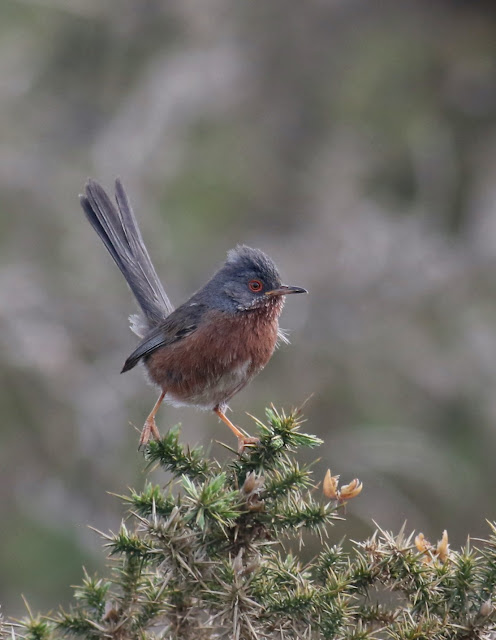 Male Dartford Warbler
That's all for now. Stay tuned for highlights of the rest of 2020.
Posted by Karen Woolley at 4:19 pm

Hi Karen! So nice to see a post from you; your photos are as lovely as ever. I haven't posted anything since 2019 - or was is 2018? - so you are ahead of me. Sorry you are dealing with health issues. Take care of yourself. Cheers,
Wilma

Hi K, I was really pleased to see Wildwings and Wanderings pop to the top of my blog list again! Gorgeous photos as always, and those Lower Dunscombe shots from May take me straight back to last spring's wonderful weather...

Sorry to hear about your struggles with ill health. I hope things things improve for you this year. 😊 👍

Hi Karen - extremely happy to see you blogging again. I'm trying to learn my plants at the moment and your blog has been a wonderful source of information and inspiration. Thank you and can't wait to read future posts. Best wishes. Matt

So good to see your gorgeous images again Karen. Let's hope this year is much better for you, take care B.

Thanks for the comments guys. I'm amazed anyone saw the post as I expected no one would still be following. I'm so happy that you are!