On 11th July we took a drive down to the far west of Cornwall, to Gwennap Head to look for the rare plant, Perennial Centaury, one I'd never seen before. In the UK it only grows in two sites as a native species, one in Pembrokeshire and this one in Cornwall. It was only discovered at this Cornish site in 2010. Numbers fluctuate from year to year depending on grazing pressure and weather conditions and with the warm dry spring we'd had there was a chance I wouldn't find any.

We arrived very early as it was going to be a hot day and we expected it to become crowded later. We were rewarded for this early start by bumping into a family group of Coughs on the coast path. My best ever and closest views of these awesome birds. Unfortunately I didn't have my best birding camera but they were so close I got some nice shots non the less. 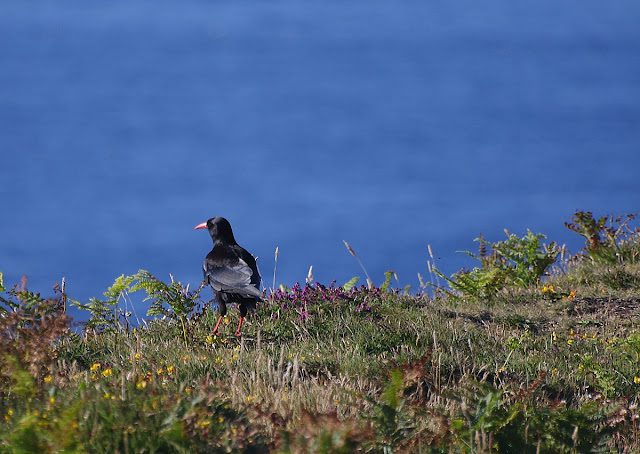 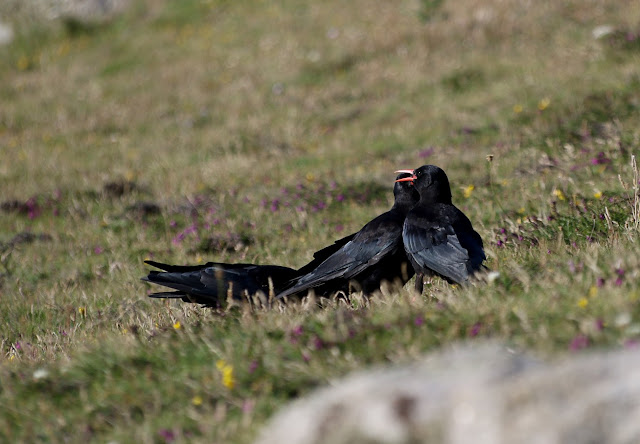 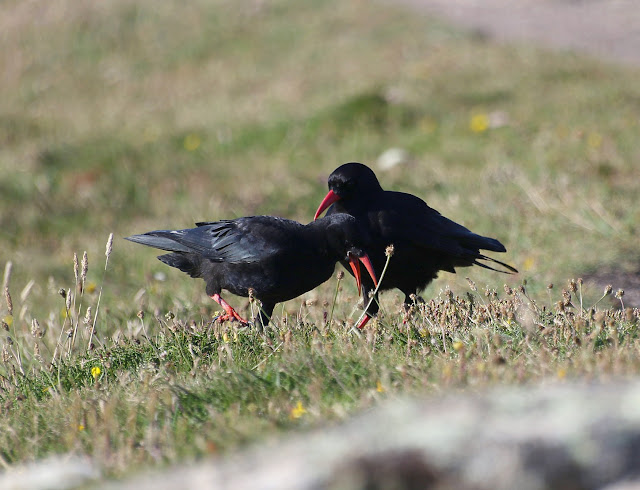 The grass did look very parched and the only wildflower which appeared to be doing well was Wild Carrot (on account of its tap root) there were swathes of it everywhere! 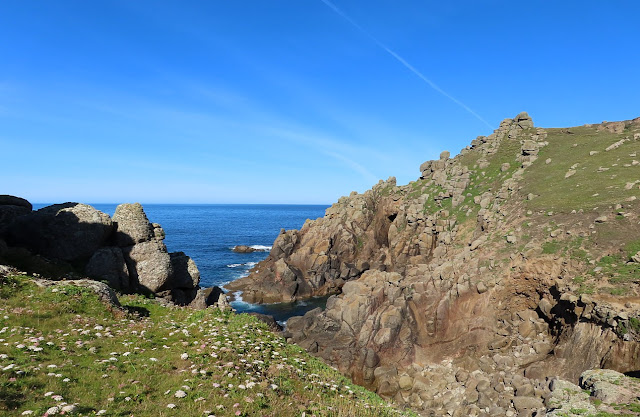 A profusion of Wild Carrot 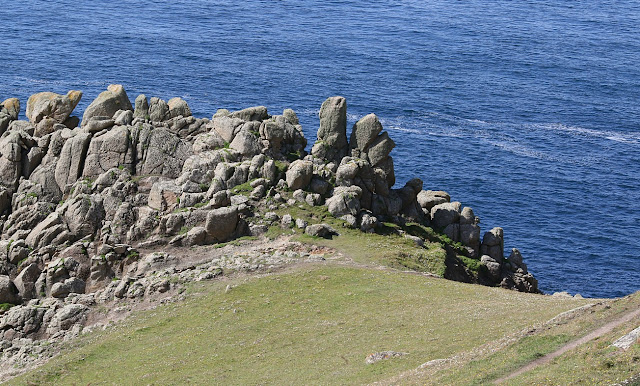 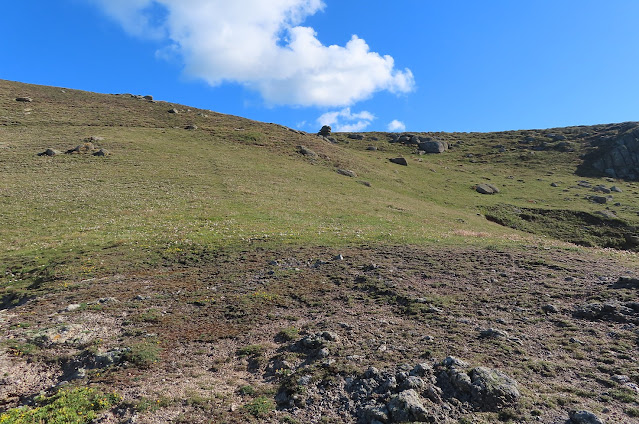 The plant I was looking for was somewhere on this parched slope. 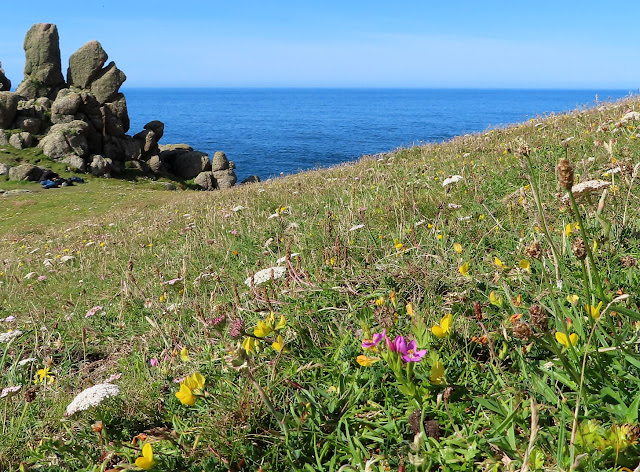 And here it is! It's the bright pink flower in the foreground. Back in 2010 when the plant was discovered there were hundreds, I only counted two. Hopefully it was just a result of the dry spring. 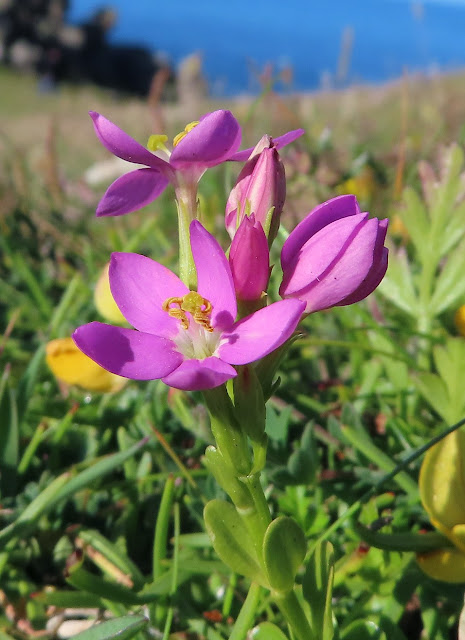 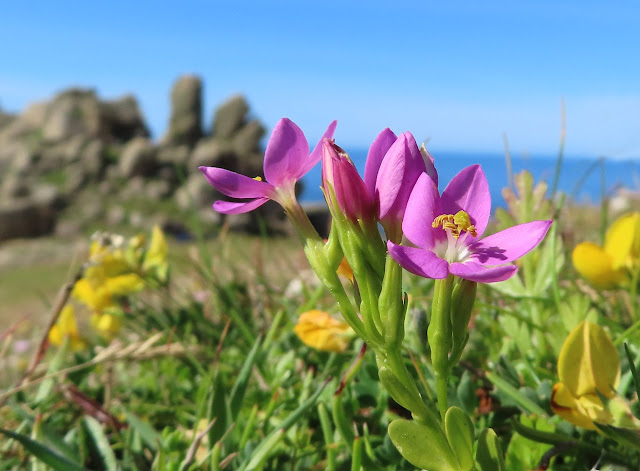 Perennial Centaury - Centaurium scilloides
On the way home we dropped in at Penzance where I looked for Green Field Speedwell, totally in vain as usual. It is the commonest plant that I have never knowingly seen, however it is scarce and declining in the west of Britain. I did  see my first 'wild' Maidenhair Fern though. 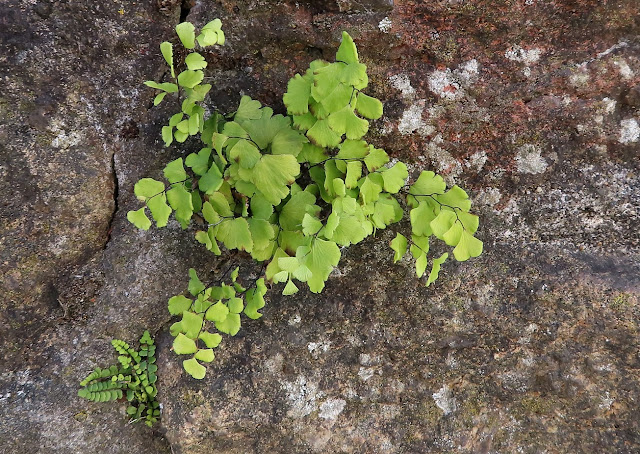 Maidenhair Fern - Adiantum capillus-veneris
Another new plant was Perennial Flax which I spotted at the side of a country lane locally. 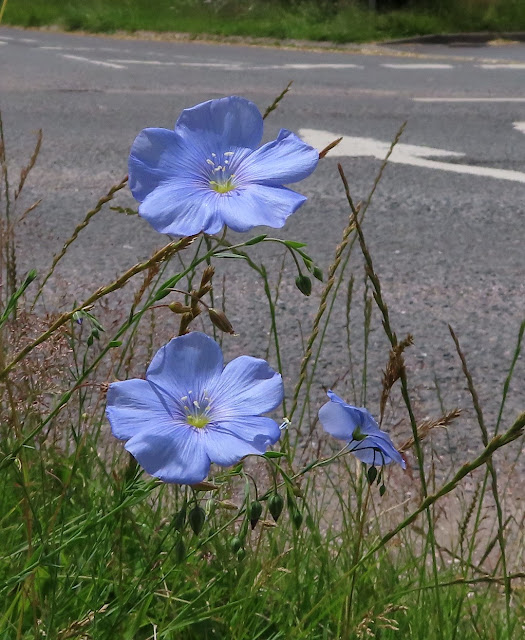 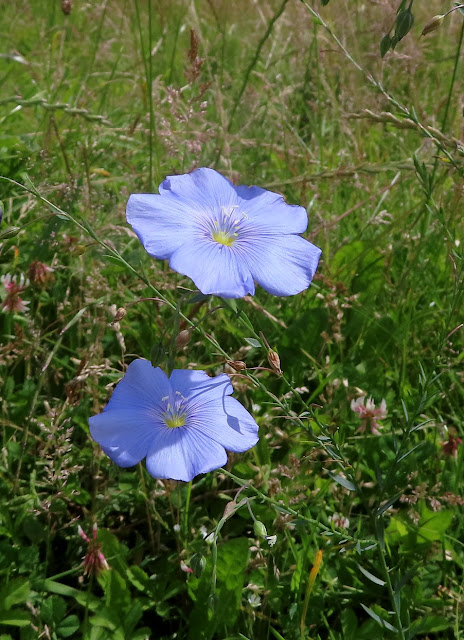 Karen!
Late as usual, I am however no less choughed that you're back.

Here's hoping we'll be able to run into each other this summer.